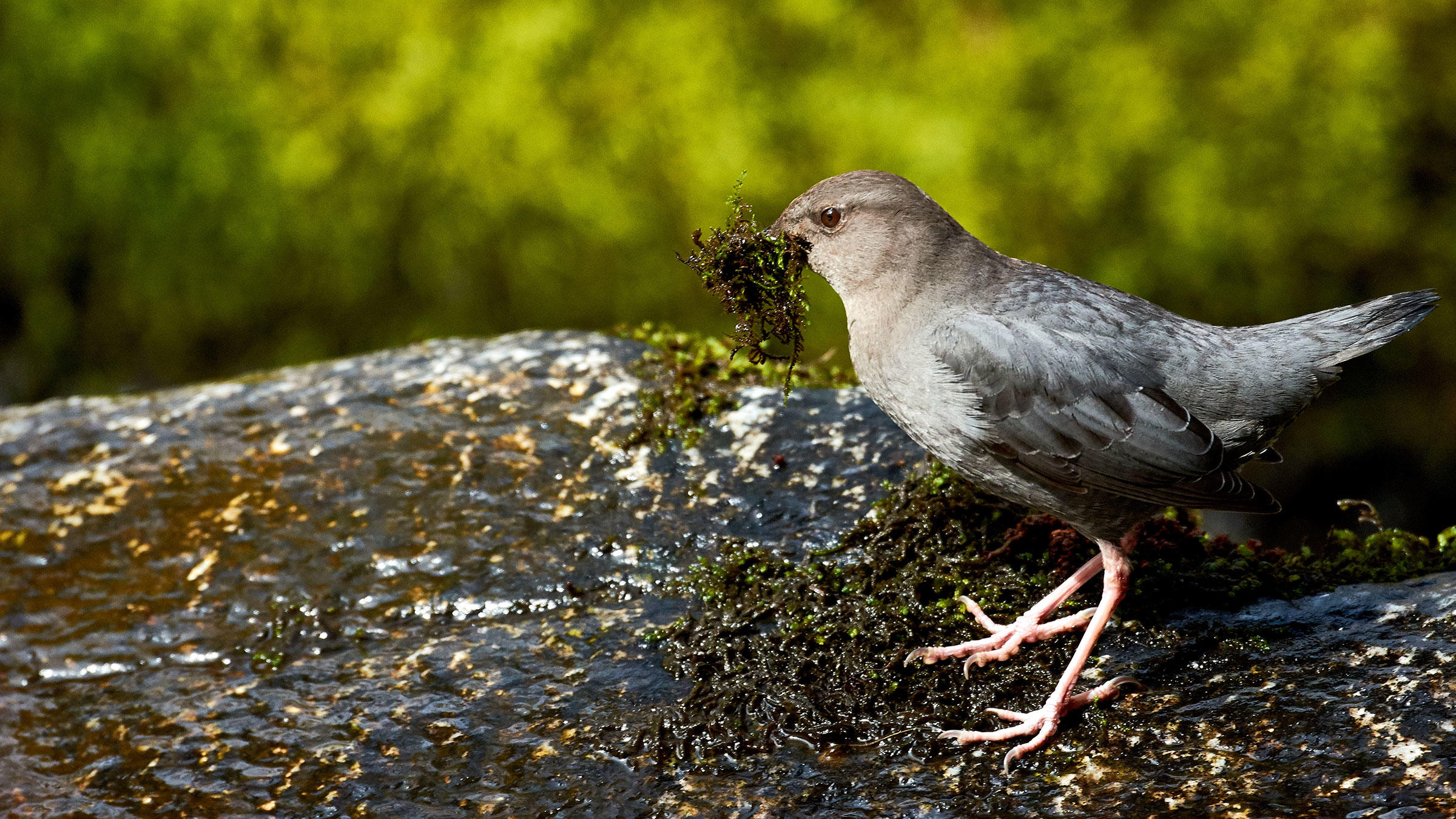 The Amazing Difference Found in Dippers on the Elwha River

In a post-dam era, salmon are bringing new vitality to the ecosystem.

In 2014, on the Olympic Peninsula in Washington state, the dams on the Elwha River were removed. It was the largest removal of its kind in history. As the river ran free again, salmon from the Pacific were able to spawn upstream for the first time in 100 years.

Biologists with the Lower Elwha Klallam Tribe, the Smithsonian Migratory Bird Center, and Ohio State University drew small samples of blood from dippers that they then released unharmed. Analysis of blood and feathers show that birds with access to salmon have higher survival rates and the females have better body condition than those with no access to the fish. These dippers are also much more likely to stay on their home territories, rather than expend energy to forage widely. And they are 20 times more likely to attempt raising two broods in a season, the most important contributor to population growth.

So nutrients from spawned-out salmon and salmon eggs are giving the river’s ecosystem new vitality.

This show is brought to you by Forterra—creating great communities and conserving great lands in Washington state.