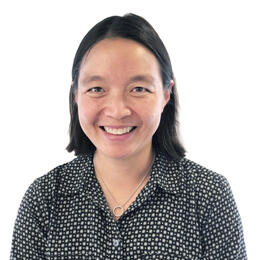 Every winter, Atlantic Puffins journey out to sea from their rocky nesting sites off the coast of Maine, but where exactly they went remained a mystery until recently. Over the last 10 years, Audubon’s Seabird Restoration Program has placed geolocators on puffins to track their movements and discovered the amazing journeys they undertake during their eight months at sea in the winter. Many puffins rely on a site off the coast of New England that may not look like much above the waves, but below the surface contains a vast network of undersea mountains and caves. This area is rich with marine life, especially forage fish, the small, schooling “bait fish” that make up the majority of a puffin’s diet.

Thanks in part to this discovery, President Obama designated the puffins’ wintering grounds as the Northeast Canyons and Seamounts Marine National Monument in 2016—the first and only of its kind on the U.S. Atlantic Coast. Now, a federal appeals court has unanimously ruled that the monument is indeed legal, dismissing a legal challenge from fishing industry interests who sought to remove the protections that the monument provides to threatened species like puffins. Audubon filed a friend-of-the-court brief in defense of the monument last year, and we are celebrating this win for seabirds and their fellow ocean species.

Science tells us that Atlantic Puffins and other seabirds are already threatened by climate change. As the ocean becomes warmer and more acidic, the forage fish that puffins rely on for food move deeper and further offshore to colder waters. Puffins then struggle to find enough food for themselves and their chicks to survive, spending more and more energy looking for food further away from their nesting islands and oftentimes settling for fish that are too big for their pufflings to swallow. That’s why protecting their wintering grounds is so important—the new monument provides them a safe haven to rest and fuel up after a long nesting season.

Located about 200 miles southeast of Cape Cod, the Northeast Canyons and Seamounts is a largely unexplored area that includes canyons deeper than the Grand Canyon, along with submerged rocky peaks covered in colorful corals, some as large as small trees and centuries old. Puffins and other marine life like whales, sea turtles and large fish are likely attracted to the region because of the upwelling of cold, nutrient-rich water from the deep ocean that offers a buffet of abundant food for ocean predators.

Setting aside areas of the ocean known for their biodiversity and home to rare and endangered species is an important part of ocean conservation. Marine species can thrive in these ocean “hotspots,” safe from the many challenges, from overfishing to development, they face in other parts of the ocean. While nowhere in the ocean is untouched by climate change, marine protected areas support climate change adaptation and mitigation. This strategy benefits humans too— without the pressure of human interactions, marine protected areas allow fish populations to rebound, supporting a healthy and sustainable fishing industry in surrounding areas of the ocean. While the Seamounts monument limits fishing, drilling, and mining within its nearly 5,000-square-mile region, recreational fishing and military activities are still allowed.

Audubon continues to fight for seabirds as well as the places and prey they rely on, but seabirds need you too. Write to your legislators and urge them to support the Forage Fish Conservation Act.