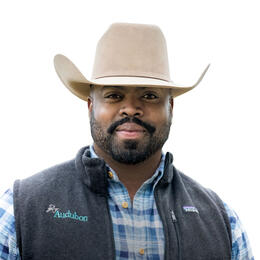 As U.S. Senators finalize the details of the Bipartisan Infrastructure Framework, Audubon commends the bipartisan process that has led to this point. While we acknowledge that the funding levels for some programs are not sufficient to meet the challenges posed by a changing climate, or to reduce our emissions in line with what science tells us is needed, the bipartisan framework would be a meaningful down payment on future clean energy and resilience investments and would put Americans to work.

Among the many investments in traditional “gray” infrastructure like airports and roads, we remain encouraged by some meaningful spending on programs that would increase climate resiliency, reduce emissions, and pave the way (so to speak) for a cleaner energy future, including:

The framework’s focus on water infrastructure can help make communities and bird habitat more resilient to the impacts of climate change and increasingly severe drought, flooding, and water quality issues. In particular, the focus on water investments in the West — including for multi-benefit projects that restore watershed health such as the Drought Contingency Plan for the Colorado River Basin and the WaterSMART program — will help address important conservation needs.

It is our hope that critical climate investments will follow close behind the passage of the bipartisan framework, including a Clean Energy Standard and federal incentives for electric vehicles and renewable energy generation. Additional investment in climate resilience is also needed, including programs that will restore and protect our wetlands, barrier islands, and other landscapes that buffer communities and wildlife from the impacts of climate change and serve as natural infrastructure. By directing $10 billion in funding to the National Oceanic and Atmospheric Administration and the National Fish and Wildlife Foundation, Congress can help build the resilience of coastal communities and wildlife.

Climate change is already having dramatic effects around the country — from extreme heat, wildfires and drought in the west to more extreme storms and flooding in the east. Significant federal investments are needed to not only reduce the carbon pollution that contributes to climate change but also to help communities and wildlife adapt to its impacts. In the meantime, we strongly encourage Congress to pass this bipartisan legislation and build on the momentum going forward.