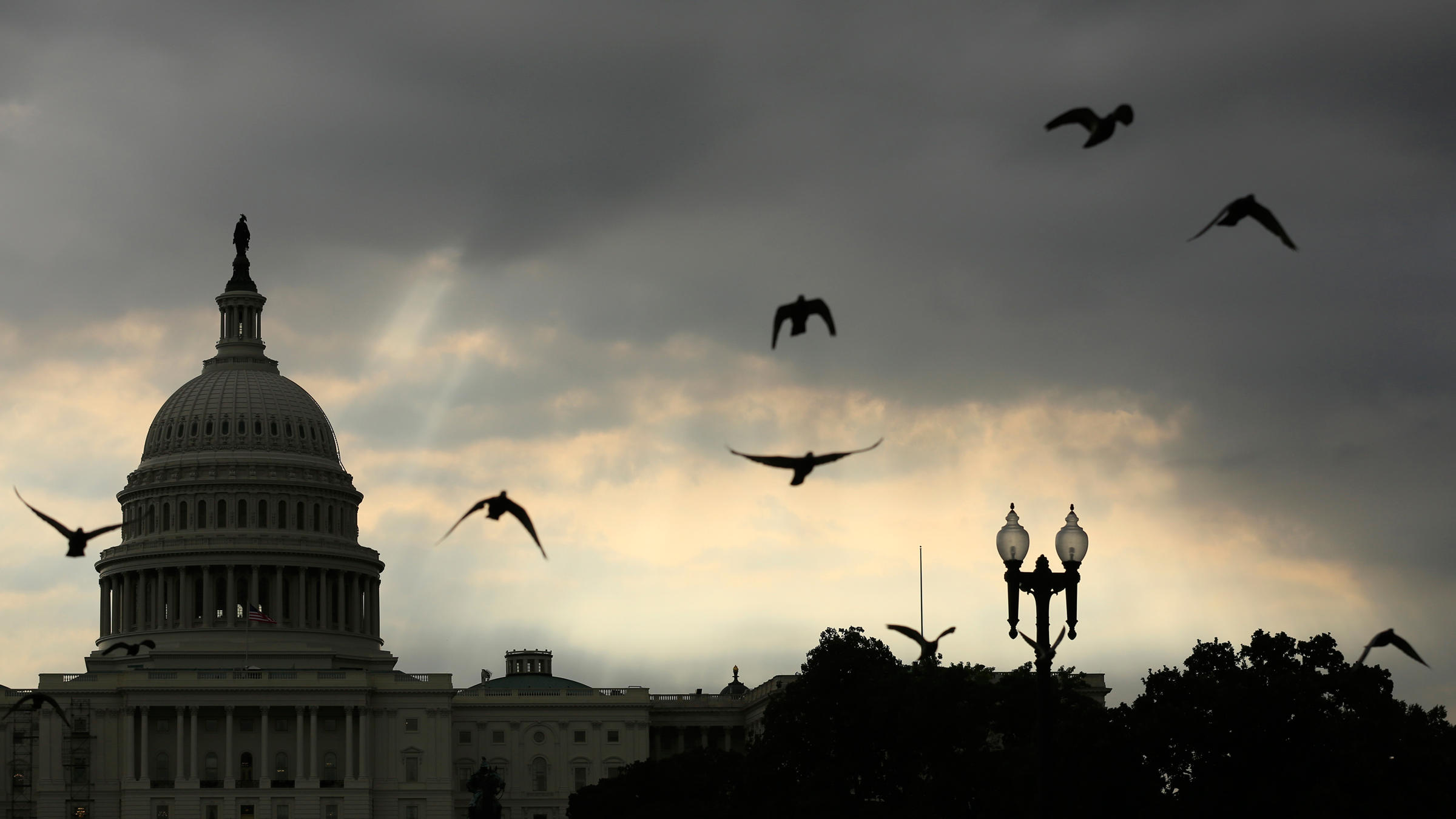 Last week, U.S. Congressman Mike Quigley (D-IL) introduced the Federal Bird-Safe Buildings Act: A bipartisan, cost-neutral bill that could save millions of birds from crashing into window glass of federal buildings. Each year, 300 million to a billion birds die from colliding with windows (they can't recognize glass like humans can). Audubon got Representative Quigley on the line, as well as Republican sponsor, Representative Morgan Griffith (R-VA), to answer a few questions about the proposed legislation.

Audubon: Representative Quigley, bird-safe buildings have long been an issue for you. Where does this concern stem from?

Quigley: In 2007, birders took me to the McCormick Place in Chicago during migratory season. I saw the new mirrored and glass buildings in the city, and I also saw dozens and dozens of beautiful songbirds lying on the ground. It was very hard to watch. Following that, I introduced and passed legislation by the Cook County Board of Commissioners as a model for other organizations across the country. We learned what building designs work best to save birds. Now, we can incorporate these features on a larger basis: We want to do this for federal buildings now, but it introduces the concept to designers and future building owners as well.

Audubon: Representative Griffith, why did you co-sponsor the Federal Bird-Safe Buildings Act?

Griffith: I am actually an avid bird watcher. Whenever I go some place, like to and from D.C., I am always looking for something to pop up on Virginia’s E-Bird “rare bird alert.”

Also, about two years ago, my five-year-old came up on the floor with me, and when we finished voting he said, “Daddy there’s a dead bird out on the ledge.”  Just off the floor of the Representatives, there are these windows, and an Ovenbird had flown into the window of the Capitol. In all fairness, the Capitol is probably not included on the bill, because it makes sure we don’t damage historical buildings. But if you are constructing a new federal building, or already making major renovations to an old one, then this bill requires that you put in some bird-safe windows so you don’t have birds like that Ovenbird flying into windows and getting killed.

Audubon: So bird-safe buildings are a bipartisan issue?

Griffith: We have the warbler migration in spring here in Salem (next door to Roanoke) and anybody that is paying attention and walking down any street has seen a dead bird on the sidewalk. It probably flew into a window. When you start thinking about the thousands of miles that these birds travel and the millions of them that die, this bill is just practical and commonsense.

Audubon: And what exactly makes a building “bird safe”?

Quigley: It’s about how a building is designed and constructed, but also about the building’s policies relative to migratory patterns—especially at night, where buildings must close their blinds or turn off the lights.

Griffith: There are lots of different things that you can do. My favorite (but don’t ask me to explain it!) is the ultraviolet patterned glass. It contains UV reflective or contrasting patterns that are visible to birds. Some people may prefer not to use glass at the lower levels of a building and others might prefer using netting or screens. I think building something into the glass that the birds can see, as long as it doesn’t create a visual problem for humans, makes the most sense. You can easily let birds know that a window is not an open sky.

Audubon: If the bill passes, will people notice  physical differences to their government buildings?

Quigley: I don’t know that they will. All that matters is that the birds will notice it. The guess is that somewhere between 300 million to a billion birds die each year in collisions with the glass of buildings. Specifically, buildings that are 4 to 11 stories high account for a little over a half of these deaths, which means 15.1 million low-rise buildings and about 123 million small residential buildings, are also guilty. There are only about 21,000 skyscrapers to blame—so it’s important for everyone to implement bird safe buildings into the future.

Griffith: I would think people might notice some physical differences. You can also do it so that people don’t notice it, or the protection is just part of the general decoration. If done correctly, it wouldn’t be negative in my opinion.

Audubon: Making buildings bird safe is cost-neutral. How is this possible?

Quigley: It means that we can do this without raising taxes. It means we don’t need to raise revenues. Sometimes, it is even cheaper and safer to build these buildings. It doesn’t cost more to construct a building that is bird safe—it just takes someone being aware as they design it.

Griffith: This is one of the reasons that I like the bill. It doesn’t say that you have to go in this year and retrofit every existing building. It’s not like that: If you’re already renovating or constructing a new building, you would just need to take the time to sit down and say, “Okay, we can pick this window over that one to reduce the number of birds that fly into our building.” The cost will be the same.

These conversations have been edited for length and clarity.

Want to help? Tell your local representatives to sign on to the bill here.