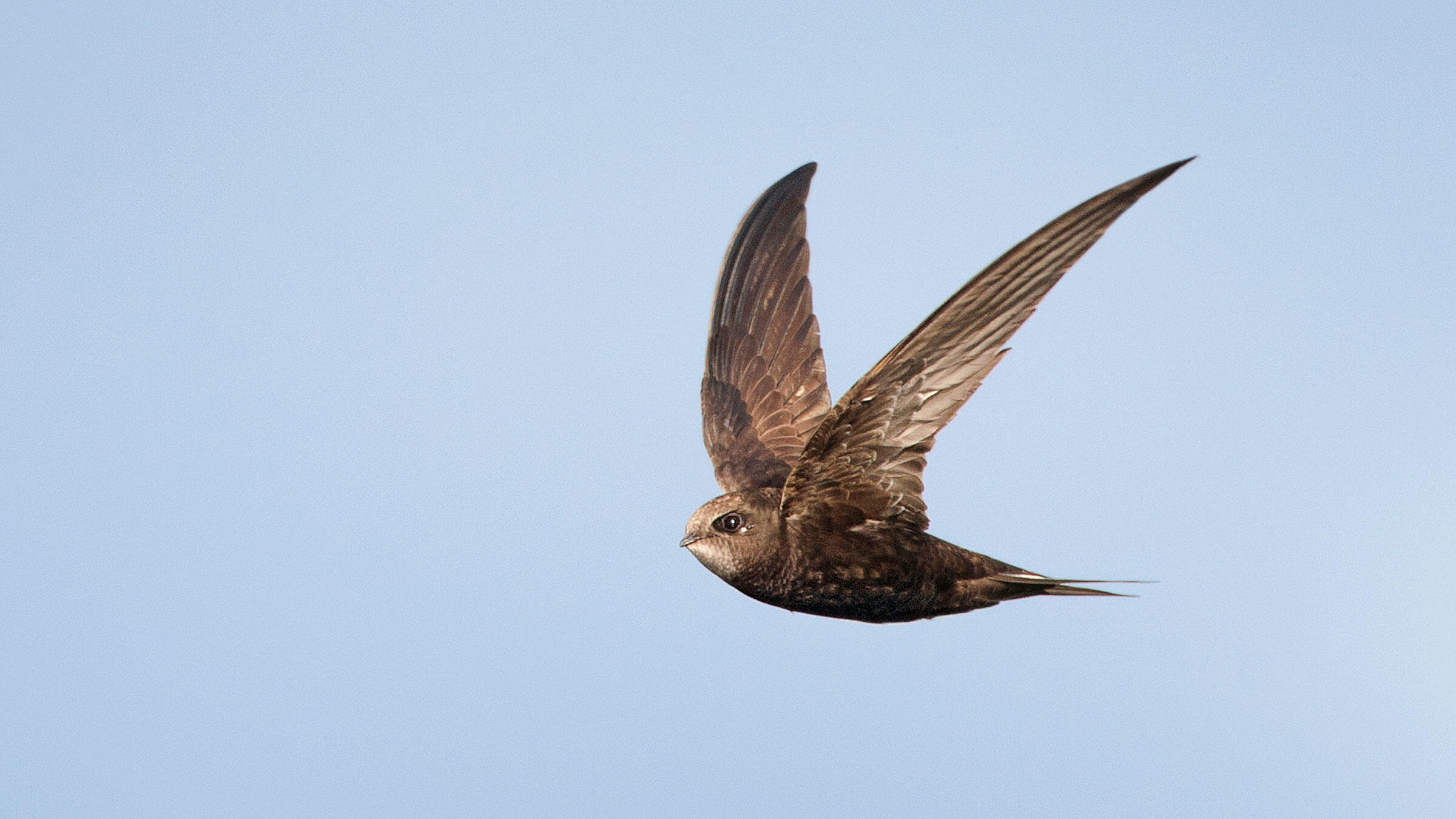 Scientists have found that the birds can stay in the air for 10 months straight. That is a very long time.

The bird world has its share of amazing migratory feats. Arctic Terns, for instance, are known for having the longest overall migration, with one bird racking up almost 60,000 miles on its round-trip journey between England and Antarctica. And as scientists recently discovered, Great Frigatebirds can sleep in 10-second bursts while remaining airborne for up to two months. But when it comes to uninterrupted flight, the Alpine Swift has held the record for the longest single flight of any avian species at 200 days.

No longer: Now there’s a new record holder, and this bird absolutely obliterated the Alpine's previous record. According to new research, Common Swifts can stay in the air for up to 10 months without stopping. Yes, 10 months. While scientists have long suspected that the bird might be capable of such a staggering achievement, they only recently had the tools to prove it.

Smaller than an Alpine Swift and slightly bigger than a Chimney Swift, Common Swifts are as well adapted for flying as their aerodynamic cousins. Mated pairs raise their chicks in Scandinavia for two months each year before taking off in August to feed on flying insects in the sub-Saharan jungles of Africa for the next 10 months. For decades, though, ornithologists couldn’t find any signs that the birds were roosting in their winter home. The species' flying efficiency combined with the mysterious absence of roosts led some scientists to theorize that the Common Swift remained in flight during most of its migration. However, the technology they needed to study the birds didn’t exist.

Then came the iPhone.

Interestingly enough, innovation in the race to build thinner, sleeker mobile phones has also been a boon for bird research, says biologist Anders Hedenström, who led the team of researchers from Lund Unversity in Switzerland. The tiny accelerometers that steer smartphone users around the streets of an unfamiliar city have also been put to work in the past decade tracking birds in motion.

To find out what exactly the Commons Swifts got up to during those 10 months, Hedenström and his team paired an accelerometer and a light sensor in a bird “backpack” that weighed less than half an ounce. The team then attached the compact data trackers to the backs of 13 individual Common Swifts before the birds set off on their round-trip voyage to Africa. The backpacks allowed the team to record how much time the swifts spent in flight and where they travelled, without interfering with the birds’ natural behavior.

When Hedenström’s team recaptured returning birds over the course of two years, they were able to prove the hypothesis of their predecessors: Common Swifts rarely stopped to rest during their intercontinental trek, and three of the birds never landed at all during the entire 10-month journey.

“That’s quite amazing, I think, that the bird can remain airborne for such a long time,” says Hedenström, whose research was published last month in Current Biology. “It is very much an aerial life when they are away from the breeding area.”

That aerial life includes only a few interruptions. The birds that did land during their migratory trips still spent more than 99 percent of that time in flight. Their stops never amounted to more than one or two hours at a time, Hedenström says. He also points out that this is probably for the best.

“They are pathetic when they are grounded,” he says, noting that the swifts’ short legs make them appear awkward and almost wounded. “They look really clumsy and will easily become victims for predators on the ground.”

Common Swifts have evolved to essentially live in the air, where they can eat, drink, mate, and likely even sleep from the time they depart from Scandinavia in August until they return to breed in June. How and when they sleep is a question that Hedenström and his team are still trying to figure out. One idea is that the birds take brief naps during daily dawn and dusk ascents to altitudes of 10,000 or more feet, after which they gradually glide down.

“If I’m allowed to speculate, this is the time during this downward spiraling flight when they take brief sleep periods," Hedenström says.

In contrast, Great Frigatebirds take their brief naps while spiraling upwards on thermal drafts; both scenarios allow the birds to rest while doing the minimal amount of work needed to keep flying. But because the neurologger implant used to discover the frigatebirds’ sleep patterns is too heavy for the 1.5-ounce Common Swift to bear, Hedenström and his team will have to wait to verify this theory.

While sleep tracking might not be possible at this time, Hedenström hopes to find out next just how high the birds can fly. A new generation of birds with trackers is due to return next summer, equipped with a third sensor that measures the heights to which the birds climb. The record for highest flight is currently held by the Rüppell's Griffon Vulture, which collided with a plane at 37,000 feet—so it's not likely that the Common Swift will claim another title next year.