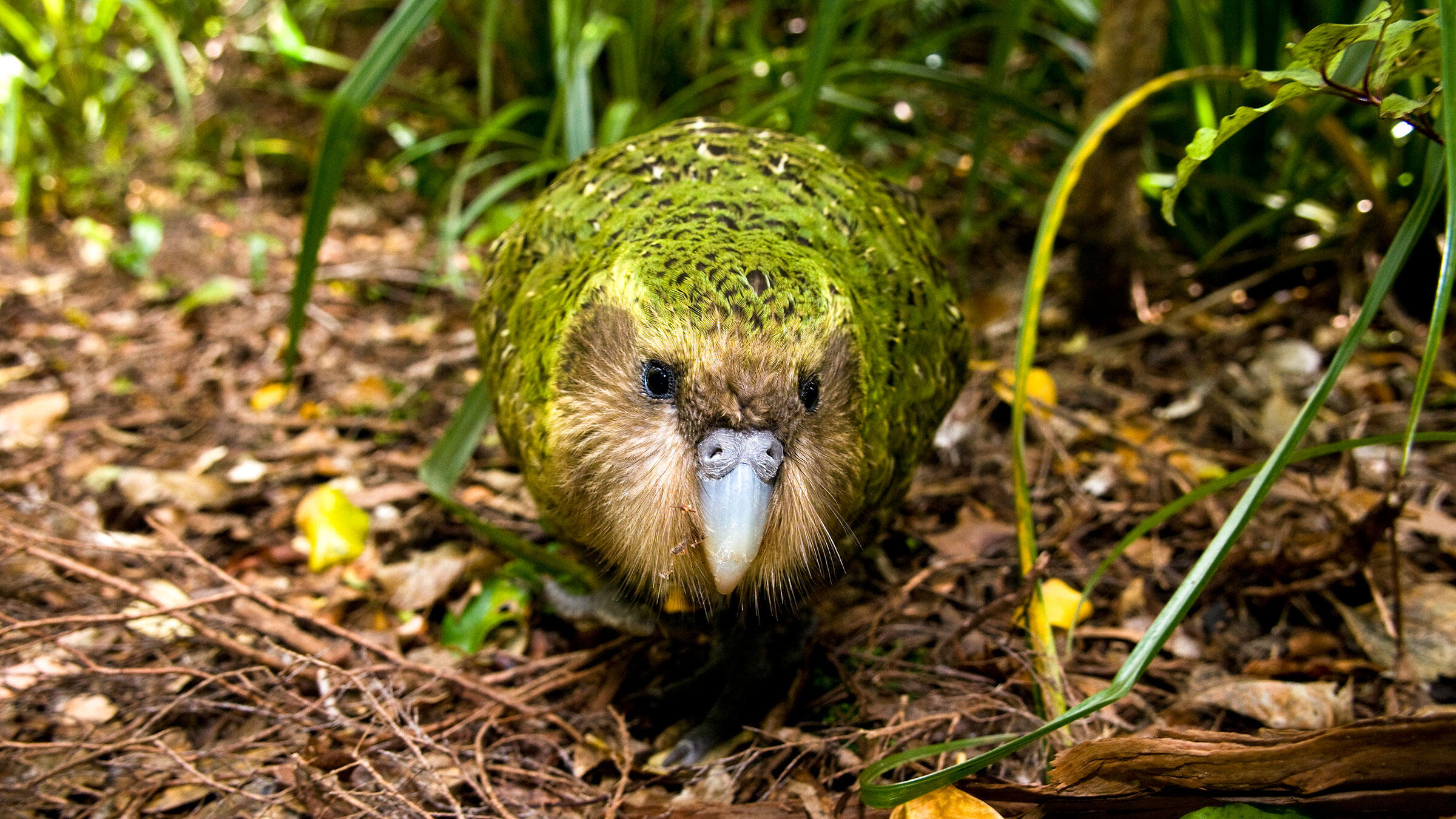 The Critically Endangered Kakapo Parrot Is Having One Fantastic Year

A record breeding season and a spike in donations have conservationists hopeful for the flightless New Zealand bird.

For a bird that was made internet-famous by "shagging" a BBC reporter, there’s something poetic about the news that 2016 has been a record breeding year.

Poetic and, for the critically endangered Kakapo, incredible. The flightless bird, which is known as the “owl parrot” and is the heaviest parrot in the word, had a population of just 123 individuals as of 2014. Now, thanks to a major boost in chick numbers—33 babies have survived their first few months of life, compared to just six in 2014—that population number looks set to rise.

“The future of New Zealand’s own giant flightless parrot is looking much brighter,” Conservation Minister Maggie Barry said in April, after the last chick hatched. In total, 46 chicks hatched this year, but as is the case with most birds, not all babies typically survive their first few weeks or months—three of the chicks perished after a flash flood swept through one of the islands, for instance.

The chicks are part of the Kakapo Recovery Program, an effort to boost Kakapo numbers to a healthy level. The program monitors and works with Kakapo on three islands off of New Zealand: Codfish, Anchor, and Little Barrier Island—the only places in the world where Kakapo are known to exist.

The bird, which was once found throughout New Zealand, has been nearly wiped out by habitat loss and by invasive rats, stoats, and cats that were introduced to New Zealand mainly by European settlers. These introduced species were a huge threat to the flightless Kakapo, which had evolved in a land without any mammalian predators. This also led to them being extremely long-lived, with the oldest Kakapos able to hit 120 years.

Since 1995, however, workers with the Kakapo Recovery Program have been carefully monitoring population levels, providing the birds with supplemental feed, ensuring the islands where the Kakapo remain are free of invasive predators, and at times hand-raising chicks that are underweight or sick.

So why was this breeding season so much more successful than the others? Three reasons. First, Kakapo only breed when New Zealand’s rimu trees yield lots of fruit—their berries are high in Vitamin D and calcium, key nutrients for nesting birds and chicks. This year was especially fruitful. They also bred on all three islands at the same time—a first for the birds—and several Kakapo bred for the first time, which helped increase the total number of eggs. Because the birds are vulnerable during their first few months of life, the Kakapo Recovery Program will wait until October—six months after the last chick hatched—to officially add the surviving chicks to the total population number.

The good news for the Kakapo doesn’t stop there. The birds are getting a little extra support this year, thanks to a few Kakapo-loving Imgur users. In July, Imgur user prinnnneh called on fellow users to populate the website’s front page with Kakapo GIFs, which the community was quick to do. The onslaught of GIFs—and links to the Kakapo Recovery Program’s donation page—led to more than  3,000 New Zealand Dollars in donations for the organization in 48 hours.

That, in Kakapo terms, is something to skraaaak about.

A call for Kakapo GIFs such as this one on the website Imgur led to a flood of donations to the Kakapo Recovery Program.