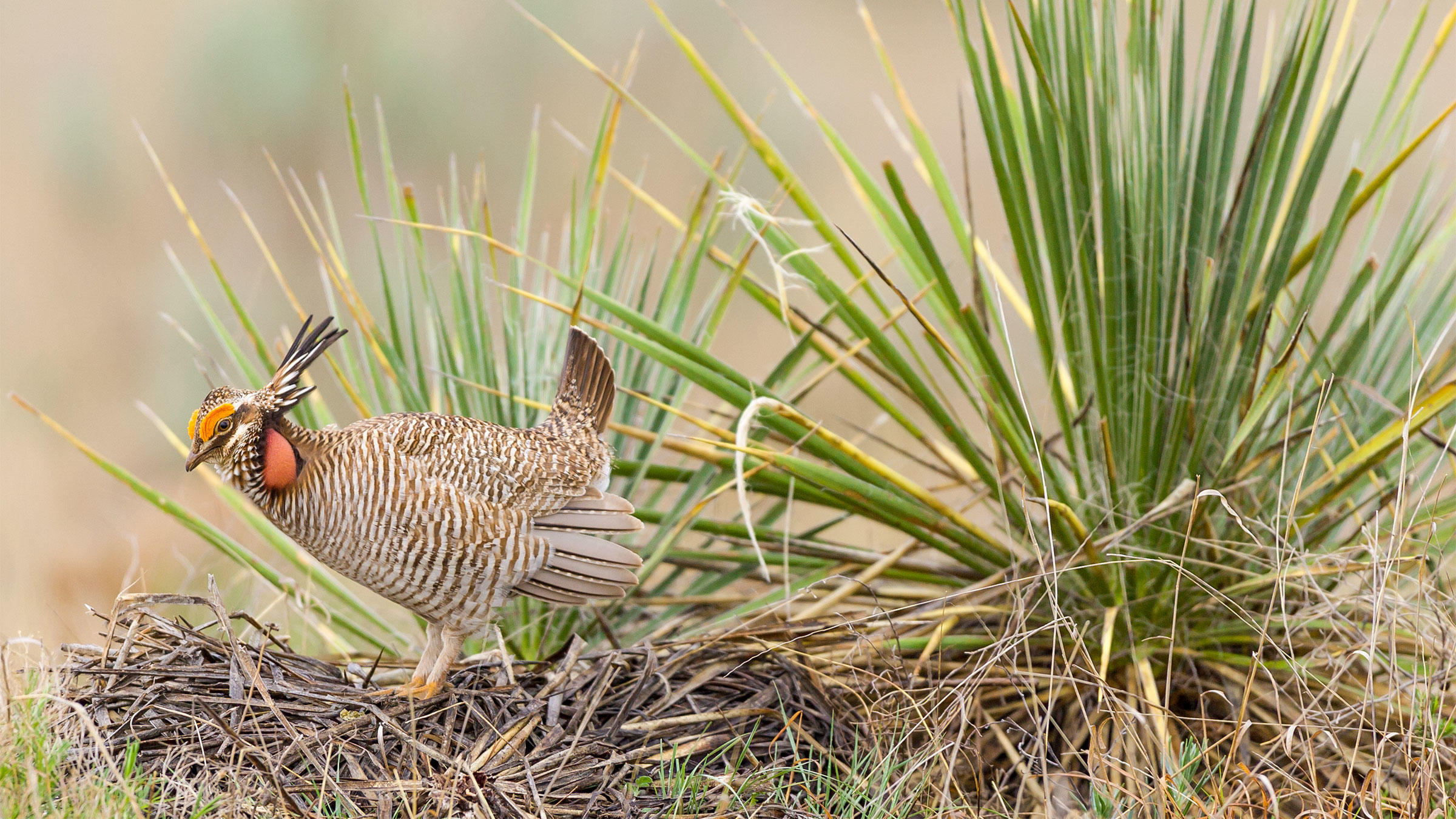 Oil and gas motives pushed the Lesser Prairie-Chicken off the endangered species list last summer. There could be more of where that came from in upcoming months. Photo: Noppadol Paothong

Forty-four years ago, the most important wildlife-conservation law in American history passed the U.S. Senate with a vote of 92 to 0. “Nothing is more priceless and more worthy of preservation than the rich array of animal life with which our country has been blessed,” President Richard Nixon said after ratifying the Endangered Species Act (ESA).

But in the decades since, the ESA has come under attack. Industries have labeled it as radical and abusive. Congress has introduced multiple bills to weaken it. Flare-ups between states and federal agencies have led to years-long litigation over its scope. The assault has escalated to the point that now 14 attorneys general are asking the Trump administration to revise the law. Meanwhile, long-time ESA-nemesis Rep. Bob Bishop [R-UT] is threatening to repeal it.

An outright repeal, of course, would be extremely challenging. Even if every Republican senator voted to scrap the law, they would need to sway eight Democrats to overcome a filibuster. Given that the ESA is still popular among the masses—a 2015 survey shows that 90 percent of Americans support it to some degree—that isn’t likely.

Still, there are several other tactics opponents could take to undermine the act. One probable, time-tested approach is tinkering with the act’s protections: for example, repealing the provision that allows citizens to file lawsuits against the government or other private persons for failing to list or protect a species, or granting Congress a veto on expensive projects, such as the $190 million spent in 2014 to save the steelhead trout.

Tangling up individual species protections is another possibility. If passed, H.R.717, a new bill introduced to Congress by Rep. Pete Olson [R-TX], would remove the 12-month deadline for making listing decisions, allowing officials to let petitions fester for years. It would also give the Interior or Commerce Departments the power to reject a listing because of economic fallout. The Greater Sage-Grouse has been a major target for anti-ESA legislation, too. Two identical bills in the House and Senate are proposing that states take over federally managed grouse lands, while also blocking the bird from landing on the endangered species list until 2027.

Of all the options, starving the ESA of funding might be the most straightforward way to hurt it. Federal spending on endangered species declined by nearly $90 million between 2012 and 2014, and Congress could demand further cuts. The overall budget can’t be filibustered, and supporters of the ESA likely won’t expend much political capital trying to stop small-scale changes.

“Support for the act is broad but not very deep," says Patrick Parenteau, a professor and former director of the Vermont Law School’s Environmental Center. "It’s hard to find a champion with clout.” So far, Rep. Raul Grijalva [D-AZ] has been one of the few politicians who've stood up for the act.

The most important ESA provision—and the one that seems to most perturb Bishop—is the broad prohibition of “take.” This includes a long list of actions that could lead to the death or harassment of a protected species. Making too much noise, if the racket interrupts breeding, is one extreme example. Bishop and his peers argue that the bulk of these infractions are trivial, criticizing the built-in fines and jail time as a “penalty-based” approach to conservation.

Yet the law is more constructive and profound than critics give it credit for. The conservation work done through the ESA is collaborative, and prosecutions of landowners are “extremely rare.” The take policies coax landowners to work with the U.S. Fish and Wildlife Service (USFWS) on a recovery plan. Once a species’ numbers rebound and it’s taken off the list, business can go back to usual.

These are the types of alliances that helped bring the Whooping Crane back from the brink. The federal government spends more than $6 million each year trying to protect the endangered bird and its habitat. A permitting process limits heavy construction projects during the cranes’ migratory seasons; on popular stopover sites, water and other natural features are preserved to boost the birds’ survival rates. The government also pays certain landowners to make major changes to their properties, and issues lucrative grants for projects that improve habitats along migration routes. It’s a cooperative, negotiated, and well-compensated system—not the jackbooted scenario that Bishop wants to portray. And it’s effective: The Whooping Crane population went from 57 in 1971, to nearly 600 individuals today.

If the program's funds are slashed, however, such progress could easily be halted—if not reversed. “We’ve invested so much in saving the species—to lose even 10 to 15 individuals a year would be devastating,” says Steve Holmer, vice president of policy at the American Bird Conservancy.

Species on the margins of the law, such as the Lesser Prairie-Chicken, could be in jeopardy as well.

Species on the margins of the law could be in jeopardy as well. The Lesser Prairie-Chicken, one of the ESA’s most debated-over birds, is one example. The quirky, foot-long fowl used to forage across the southern Great Plains. But lately, conversion of prairie to farmland and fossil-fuel production have limited the species’ 32,000 remaining members to small, fragmented areas in five states.

There’s little dispute over what the birds need: Large connected swaths of native grasslands allow different populations to mix and breed, buoying prairie-chicken survival overall. Rather, the disagreement lies in who’s responsible for developing and enforcing a recovery plan. The federal government, the states, oil and farm interests, and conservation groups are locked in an 21-year battle over the bird’s conservation status. The species was listed as threatened in 2014, then delisted by a judge who called the ruling “arbitrary and capricious”—a victory for the oil and gas groups that sued USFWS. The agency is currently reviewing the listing again, with a decision expected by this summer.

Regardless of the verdict, the mere existence of the ESA is crucial to the prairie-chicken. Private landowners—who hold 95 percent of the bird’s native range—are teaming with states up on large-scale projects to keep it out of harm’s way. The reason? They know that if they fail, the federal government will swoop in. Without that fear driving them, the pressure to save the bird would disappear.

In its relatively short and contentious lifetime, the ESA has helped dozens of species dodge extinction. In fact, it has a 99 percent success rate in keeping wildlife from going extinct; of the 100 or so bird species, many are on-track for eventual delisting. But the act is only as strong and effective as we allow it to be. Whether it's by one well-aimed blow or a thousand tiny cuts, any dismantling of the ESA could reverse decades of hard-earned success, and deprive future species from the protections they need to survive.

Correction: The story previously reported that 80 percent of birds protected by the ESA are in recovery mode. That statistic only applies to birds in the Northeastern United States and has therefore been removed. 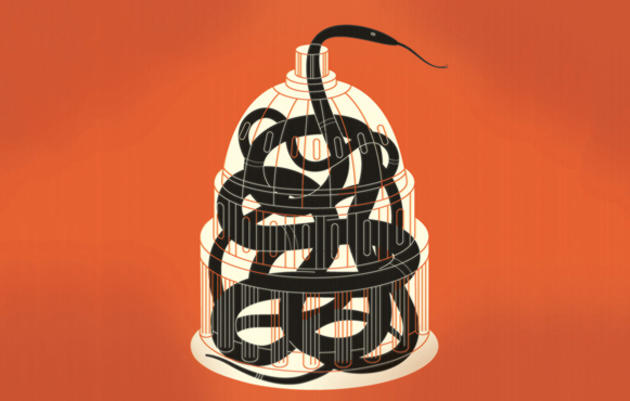 A Definitive Guide to Congress' Attacks on Conservation Law

This year we've seen an absurd number of assaults on legislation and agencies that protects birds and their habitat. 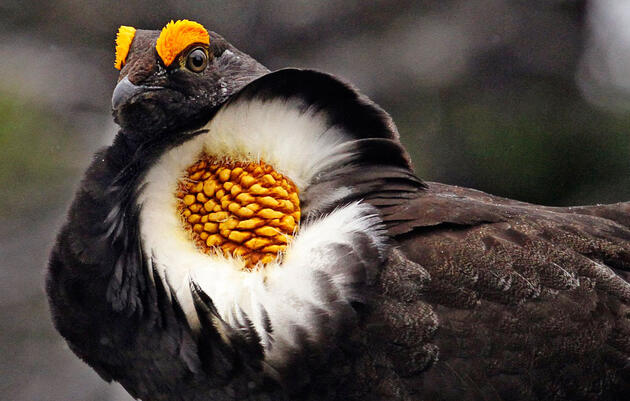 6 Fowl That Are Not to Be Forgotten

Turkeys and chickens tend to get all of the attention. Spread the love and learn about six other fowl.