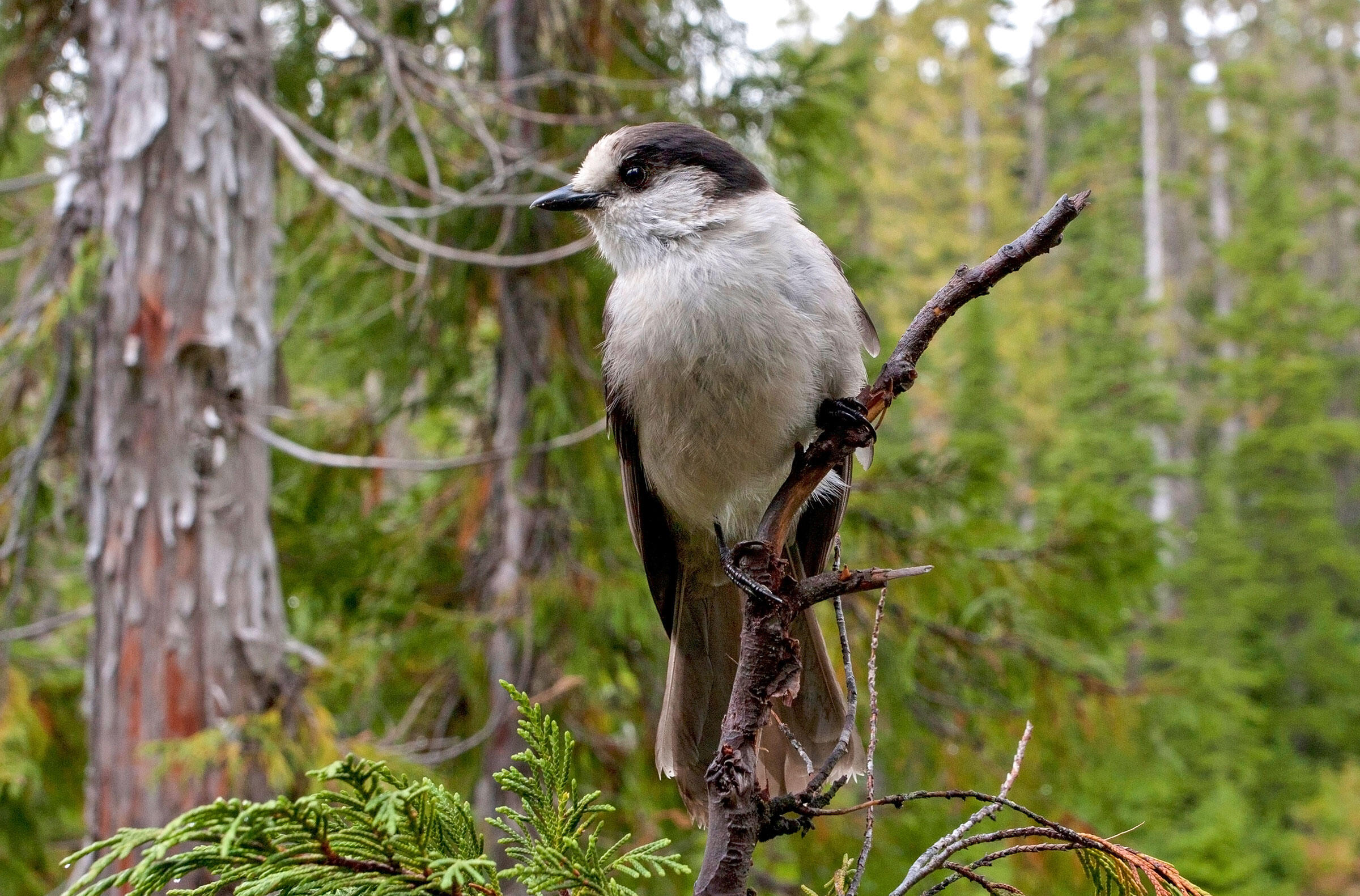 The Gray Jay Will Officially Be Called the Canada Jay Again

And as it turns out, the bird's name should have been switched back more than 50 years ago. 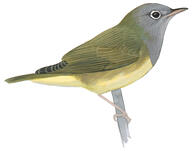 Last year, the Gray Jay found itself at the center of a controversy when, despite losing to the Common Loon in a popular vote, the Royal Canadian Geographic Society chose it as the national bird of Canada. None of the hoopla ended up mattering, though, because afterward the Canadian government made it clear that it wasn’t actively looking to create any more national symbols.

But now, thanks to the hard work of some longtime Gray Jay fans who supported the bird's national bid, the Canadian government has one more reason to take a second look at Perisoreus canadensis: its new, very patriotic name.

This week, the American Ornithological Society, a scientific body that’s responsible for the classification and naming of birds in North America, agreed to officially change the name of the Gray Jay to Canada Jay. The history of the name “Canada Jay” runs deep: It was the name Perisoreus canadensis had gone by from at least 1831 to 1957, and it was the name John J. Audubon used on his original, hand-engraved plates.

The announcement came about six months after Dan Strickland, who has been studying Canada Jays since 1967, and six other bird experts submitted a deeply researched proposal to the AOS, outlining why they thought the bird’s name needed to be changed.

Strickland’s research, which involved flying to Washington, D.C. to sift through the American Ornithological Society’s archives from the mid-1900s, took him deep into the intricacies—and sometimes arbitrary decisions—of the American Ornithological Union’s process for assigning common names to species. What he found was that there was little reason the AOS shouldn’t change the name back to Canada Jay. In fact, the bird's name should have already been changed.

The AOU (which merged with the Cooper Ornithological Society to become the AOS in 2016) has had multiple naming schemes over the years, and in 1947 and 1948, they proposed internally to implement a system that, for birds with more than two subspecies, assigned common (i.e. not Latin) names for both the species and for all the subspecies. Those subspecies’ names would be based on region, so if Canada Jay was the main species name for Perisoreus canadensis, its subspecies would be called “Alaska Canada Jay” or “Oregon Canada Jay”—a geographically confusing naming convention that the AOU wanted to avoid. So, instead of sticking with Canada Jay as the main species name, it went with another name—Gray Jay.

Then, in 1954, the AOU changed its mind: Common names for subspecies were out. Subspecies would only have Latin names, and common names would be reserved only for the main species. No more Oregon Gray Jays; just Gray Jay subspecies that happen to live in the western U.S.

The AOU admitted, at the time, that this change would mean that the affected species could go back to their original names. For some reason, however, Gray Jay stuck. In 1957, when the AOU published the Fifth Edition of its “Checklist of North and Middle American Birds,” Perisoreus canadensis was listed as “Gray Jay.”

It stayed that way until, 60 years later, Strickland presented his proposal to the AOS, and the arguments he and his colleagues carefully laid out convinced the organization to make the Gray Jay the Canada Jay once again.

“It was kind of irrefutable,” says Ryan Norris, an associate professor at the University of Guelph who’s studied Canada Jays for 10 years, and one of the scientists who worked with Strickland to craft the proposal. “Basically, the AOU didn’t follow their own rule.”

The AOS, for its part, notes in a release announcing the change that it “strives for stability but can reverse earlier decisions when those were made with little justification.” These proposals must be approved by two-thirds of the committee; the Canada Jay proposal passed 9-1.

Proposals must be approved by two-thirds of the AOS committee; the Canada Jay proposal passed 9-1.

For Norris, the victory is a win-win: “We’ve not only gotten rid of the American spelling, but we changed the common name to the same country that doesn’t have a national bird.”

Though Strickland is happy about the name change—which becomes official in the July edition of the AOS journal The Auk—he admits that, when it comes down to it, the common names humans assign to birds aren’t always all that helpful. Not only do they vary from region to region, but a shared name doesn't always apply to the same species of bird.

There are robins in both Europe and America, for instance, but they aren’t closely related—the European Robin is a member of the Old World Flycatcher family, while the American Robin is a thrush. Meanwhile, Alabama’s state bird is the “Yellowhammer,” which is just a region-specific name for the Northern Flicker. And many Canadians refer to Perisoreus canadensis not as the Gray or Canada Jay, but as the Whiskey Jack. That name likely stems from the Cree wisikejack or wisakedjak, an intelligent trickster in First Nations lore (and might describe the bold, curious bird best out of all its common names).

On top of that, Strickland says, birds are often named for where they were first collected—not where they actually breed or spend most of their time—leading to some fairly inaccurate names.

“Philadelphia Vireo, Connecticut Warbler, Tennessee Warbler, Nashville Warbler . . . most of those birds are distinctly Canadian birds," Strickland says. “But the Canada Jay really is instructive: It really does live mostly in Canada. And it is part of the Canadian psyche.”