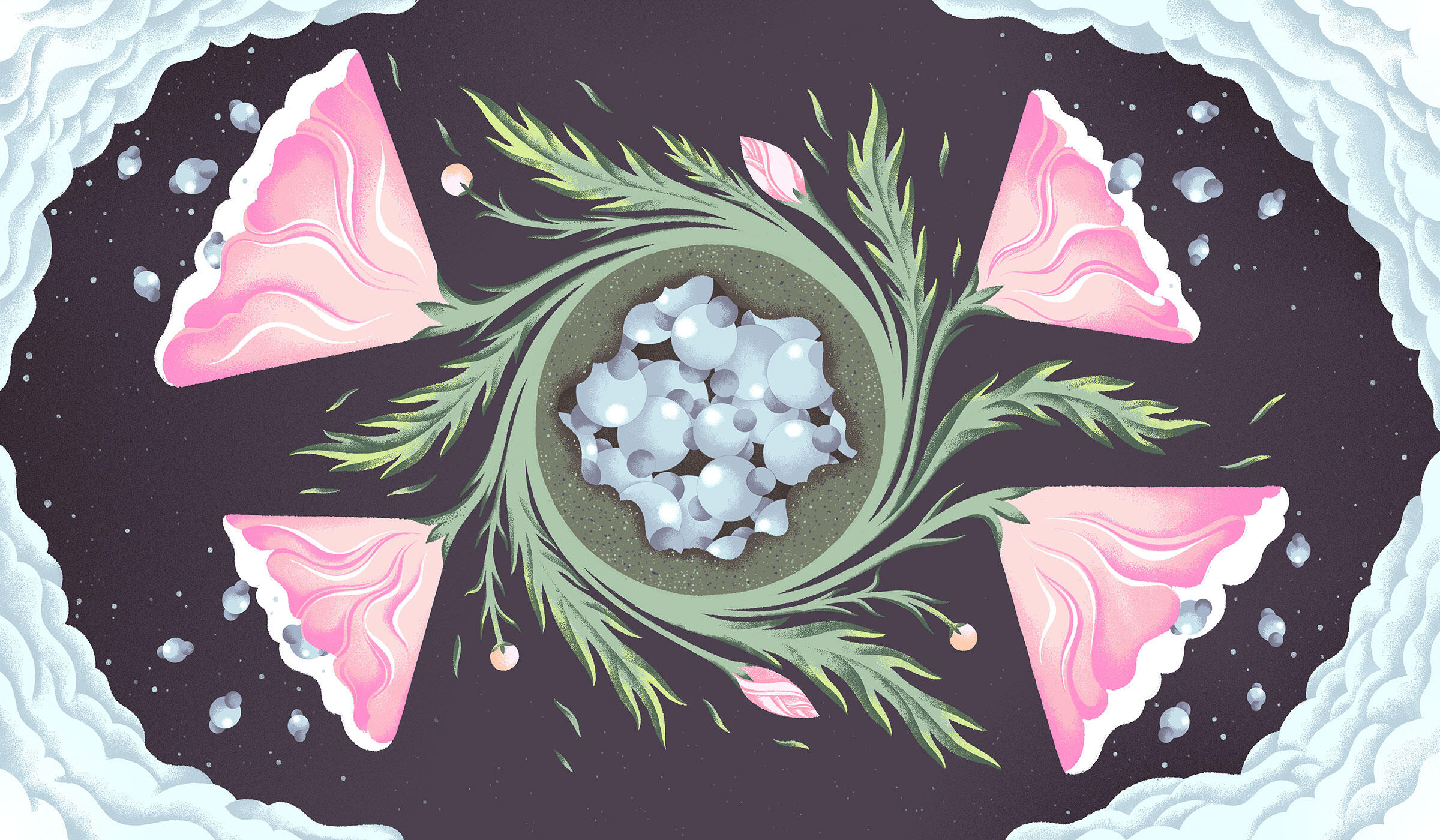 The Hidden Carbon Trap in Your Garden? It's All About the Soil

Stop tilling, digging, and using conventional fertilizers to preserve carbon-rich dirt. You'll be helping your plants and the atmosphere.

Editor's note: Want a climate-friendly home? Your yard is a good place to start. This is the last of a five-part series of guides on how to manage your outdoor turf to reduce your carbon footprint, all while creating bird-friendly habitat. Read part one, two, three, and four.

When you think about creating a climate-friendly garden, adding trees and other plants is probably the first thing that comes to mind. But you can also create another kind of backyard carbon bank by increasing the amount of organic matter stored in your soil.

It’s a little-known fact that more carbon is sequestered in the planet’s soils than in living plants and the atmosphere combined. Over the past century, however, soil carbon has been widely depleted, mostly due to unsustainable land management practices that disrupt natural processes that create carbon-rich organic matter. One study estimated that U.S. agricultural soils might have lost between 30 and 50 percent of their original carbon, much of which ended up in the atmosphere in the form of carbon dioxide.

Fortunately, many are recognizing that change is needed. “Today there is a revolution in agriculture that recognizes the importance of building healthy soils by replacing the organic matter that has been lost,” says David Wolfe, professor of plant and soil ecology at Cornell University. This new approach is called carbon farming. According to Wolfe, in theory, implementing this method on cultivated lands could slow the pace of global climate change by offsetting as much as one-quarter to one-third of annual increases in atmospheric CO2 for 20 to 50 years, until soil carbon stocks are once again fully restored. Others have argued that a 5 to 10 percent offset benefit is more realistic, Wolfe adds, “but even those lower numbers are significant.”

Soil carbon is the result of interactions among living plants, fungi, bacteria, and other soil organisms.

The same soil conservation measures employed in commercial-scale carbon farming can be adapted for use in your own backyard. The climate mitigation potential of “carbon gardening” is considerable, given the more than 135 million acres of residential land in the country.

Soil carbon is the result of interactions among living plants, fungi, bacteria, and other soil organisms. Through photosynthesis, plants use energy in sunlight to convert carbon dioxide and water to the sugar glucose that they need to survive and grow. Some of this liquid form of carbon, along with amino acids and other compounds, is also secreted by their roots, feeding soil organisms and promoting the production of humus, the dark organic matter that is the foundation of soil fertility. Humus, which is 60 percent carbon, can remain in undisturbed soils for hundreds or even thousands of years before eventually decomposing and releasing its carbon back to the atmosphere. By contrast, the humus in most cultivated soils lasts just a few years or decades.

To rebuild carbon pools on the farm or in the garden, scientists recommend minimizing two conventional practices: intensive tilling of the soil and use of synthetic fertilizers.

Unlike conventional horticulture, organic gardening eschews the use of synthetic fertilizers, instead nurturing a diverse ecosystem of soil life to naturally support plants. Among other deleterious effects on the climate, overuse of these quick-release nitrogen fertilizers disrupts the interactions between plants and soil creatures.

When you spread conventional fertilizer around your plants, scientists say, the sudden megadose of nitrogen causes a burst of activity by soil microorganisms. Once they use up the nitrogen, they gorge on the organic matter in the soil. Over time, this enhanced microbial appetite results in a dramatic reduction of the amount of carbon in the soil.

Weaning your garden from conventional fertilizer is therefore key to restoring soil carbon. Instead, use composted leaves and plant clippings or composted manures, which should supply adequate nutrients for your trees, shrubs, ferns, and perennial wildflowers. Two to four inches of compost is generally applied on garden beds and around woody plants, depending on such factors as soil texture, regional climate, and the type of material you use. The compost should be renewed every year or two. If necessary, sparingly use a slow-release organic amendment—like blood meal or kelp meal—to keep heavy feeders such as vegetables happy.

Growing nitrogen-restoring plants like clovers and legumes as winter cover crops in your vegetable patch is also beneficial. Working with soil bacteria, they pull nitrogen out of the air and turn it into mineral forms that plants can use, providing a natural form of fertilizer while protecting bare ground from erosion and preventing nutrients from leaching out of the soil.

One of the most effective ways to turn your soil into a carbon sink is to do as little as possible to disturb it. Plowing, rototilling, or even digging with a spade or garden fork exposes soil microorganisms to excess oxygen and sunlight, accelerating the loss of stored carbon to the atmosphere.

No-dig gardening is the way to lock up the carbon in your soil instead of destroying it. The particulars of this approach can vary among practitioners, but the basic methodology is the same: dispense with digging as much as possible and instead use organic mulches to prepare planting beds and feed the soil organisms that nourish your plants.

If much of your garden is devoted to permanent plantings of native trees, shrubs, and perennials, you’re already practicing a form of no-till horticulture. One way to care for annual plantings of tomatoes and other vegetables is to adopt the following basic steps, summarized from soil scientist and writer Lee Reich’s useful guide, Weedless Gardening:

• Mow any existing vegetation as low as possible.

• Lay down a blanket of newspaper about four sheets thick over the planting bed to smother what’s left of the vegetation, overlapping the sheets so there are no holes for weeds to poke through. Wet the paper to keep it in place.

• Apply a layer of compost or other organic mulch about one to three inches deep atop the newspaper.

• In a week or so, plant seeds or seedlings directly into the mulch, being careful to disturb as little soil as possible.

• Renew the mulch as necessary to keep the soil nourished and suppress weeds.

When you become a carbon gardener, you not only create a climate-friendly landscape with a diversity of soil creatures for ground-feeding birds and other wildlife. There's also a nice bonus: By eliminating tedious digging and reducing weeding, you make your own life easier, too.