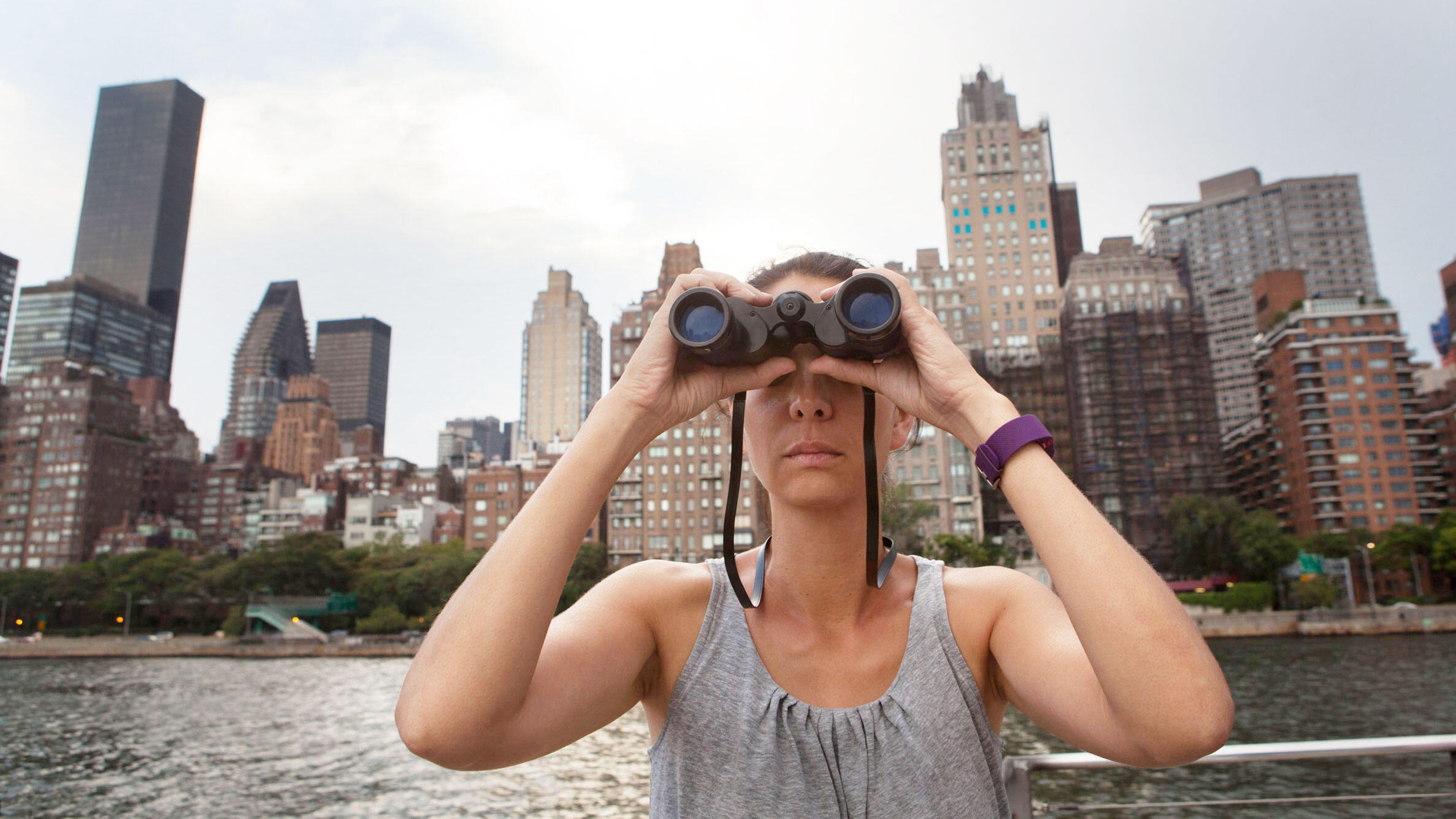 The Inside Scoop on the Best Birding in New York City

Two bird-loving urbanites team up to share their expertise on birding in the boroughs (plus Long Island).

In a city of nearly 9 million people, it must be impossible to spot one little bird.

But in fact, it’s quite easy—as long as you know where to go and what to look for. And now with Deborah Rivel and Kellye Rosenheim’s new guide, Birdwatching in New York City and Long Island, which hit shelves last month, that’s all made easy, too. Rivel, a media producer at Wildtones.com, part-time photographer (she took all of the images for the book), and vice-chair of Audubon New York's Board of Directors, and Rosenheim, the director of development at NYC Audubon and bird-walk leader for the Nature Conservancy, met 17 years ago. They became fast friends—often traveling and birding together, and eventually, collaborating on a book.

The result, Rosenheim says, is the first NYC birding guide since 2001. It covers four seasons worth of birding in the five boroughs, along with the wilds of Long Island. The book holds detailed itineraries for hotspots in the metro area, with ideas for transportation, parking, best viewing spots, species of note, restroom sites, photography tips, and other attractions (for the non-birders in your crew). A handy series of charts in the back even lays out the frequency and arrival times of all the species that visit the city throughout the year. While the estimates aren’t 100 percent (nature never is), they provide a great tool for planning and predicting trips—whether you’re a native New Yorker or a tourist looking to venture beyond Times Square.

In an interview with Audubon, the authors shared more insight on birding with an empire state of mind.

Audubon: How does the second-biggest city in the world end up with hundreds of species of birds?

Kellye Rosenheim: New York City is part of the Atlantic Flyway [the migration corridor along the Eastern Seaboard] and so we get a tremendous diversity of songbirds. All five of the boroughs have great migrant traps in them: Mount Loretto in Staten Island, Pelham Bay in the Bronx, Alley Pond and Forest Park in the Queens, Prospect Park in Brooklyn, and of course, Central Park in Manhattan. We also have other great habitats that attract shorebirds, and in the wintertime we get an influx of waterfowl. The coastal birding is great, not just in Brooklyn, but all along the south shore of Long Island—the motherload is out at Montauk.

A: Beyond the obvious factors of large crowds and tight spaces, what's different about scouting for birds in an urban area?

Deborah Rivel: It's key to use public transportation. But safety is something we thought about a lot as well. You have to know where you are and what to avoid. For example, if you're out in some of the wilder parks, you really need to pay attention to poison ivy, even though you're in an urban area.

Kellye and I had some funny experiences with extremely friendly male birders. But in terms of serious danger, we went out to Gilgo Beach on Long Island, which is famously known for being a serial killer's dumping site. There were lots of eBird data and sightings there, so it had to be done.

KR: Botanical gardens are also great for birds and are very secure. A lot of them have native-plant exhibits. You can get lots of species there.

A: How would you describe the birding culture in NYC?

KR: Birders here are sort of a subset of everywhere you go. By and large, they're willing to share their knowledge. The impulse to share is really remarkable. Plus, there are many pairs of eyes in the city, so if anything unusual happens it gets broadcasted.

There's this great thing about birding here—it's like this parallel universe that's hidden to most people, and you can simply be ushered in with knowing what to look for and where to go.

DR: This isn’t just restricted to the city: Some people don't realize that birders can be the best advocates for birds. These are the people who notice when things aren't right. Then they often contact their local Audubon chapters and get them involved. As a birder, you can have a big impact on wildlife.

A: What’s your advice to city folk who think birds are neat but aren’t into birding just yet?

KR: To find the right place to go birding, start with where you are and find the recommendations mentioned in our book [for that spot]. It also really helps to be with a group and a leader who knows what she or he is doing.

The bottom line is, birds exist! And they need you to go out there and help steward them.

DR: If you think about people in cities, they regularly see House Sparrows and pigeons. But if you take them to the park and show them a Blue Jay or a cardinal, their life changes. They realize that it's not just people in this urban complex. Doing this book had the same effect on us. You can use the city for its culture and intellectual properties, but there's wilderness out there.