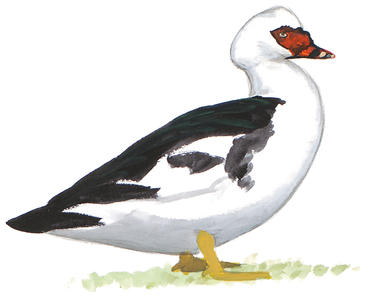 HKND was originally scheduled to break ground in early 2014, but has pushed that back to early 2016 to conduct more studies. Last week, the company publicly released its long-awaited Environmental and Social Impact Assessment (ESIA), which HKND had hired the London-based consultancy Environmental Resource Management (ERM) to complete. The report had been dogged by accusations of inadequacy since experts first reviewed a draft back in March, with one biologist calling the assessment “one of the most mismanaged environmental reviews I have ever read.”

Though the public version has filled in some of the blanks, it’s hardly a reassuring document: It identifies some vital unanswered questions, most notably the risk of seismic damage and whether there’s actually enough water during dry season to sustain the channel. And while the report ultimately advocates neither for nor against the canal, it confirms some of the public’s worst fears about the project’s immense ecological and social footprint.

Start with the harm to Lake Nicaragua, the 3,000-square-mile body of water through which the canal will pass. The freshwater lake is home to a panoply of fish, including tarpon, sawfish, and sharks, and its wetlands support more than 300 bird species, from the Pygmy Kingfisher to the Muscovy Duck. Digging the channel deep enough for massive ships to pass between the Atlantic and Pacific Oceans would require dredging 5 billion cubic meters of sediment from the lake floor, a procedure that the report acknowledges could stir up pollutants, and resurface other chemicals and nutrients, possibly causing organisms to require more oxygen to survive. Construction could also harm nearly 1,000 acres of the Ramsar-designated San Miguelito wetlands along the lake’s eastern shore.

The effects on wildlife extend beyond the lake’s borders: Altogether, the canal would disturb more than 200,000 acres of critical wildlife habitat, from jaguar-filled forests to sea turtle nesting beaches. “The canal would be an obstacle for movement for all but the most mobile wildlife species…” says the report, “creating barrier effects that would result in the disruption of wildlife movement and reduced gene flow north and south of the canal.”

Human communities, too, will almost certainly be harmed. Some 30,000 people living within the project area would face physical or economic displacement, yet HKND hasn’t yet discussed the terms of land acquisition or resettlement with locals, the report states. No wonder, then, that while polls suggest that a majority of Nicaraguans at least partly support the project, it’s strongly opposed by affected communities. “Consultation and information sharing with people potentially subject to involuntary resettlement has been especially inadequate,” the assessment concedes.

“What’s going to happen to the communities in the crosshairs, and what are the impacts to Lake Nicaragua as a result of dredging?” says John Myers, senior Latin American program manager for Audubon. “Those are still the two biggest issues, in my view.”

Though it emphasizes the potential for harm, the report concludes that the project “does offer potential benefits to the environment and people of Nicaragua,” Latin America’s second poorest country—but only if makes good on its promised mitigation work. The company has agreed to work with the government to complete measures like designating marine protected areas and establishing investment programs for affected communities. But the report warns that HKND may struggle to mitigate the damage, as the company, which is controlled by telecom executive Wang Jing, lacks experience with projects of the canal’s magnitude.

Furthermore, the slumping Chinese stock market has reduced Wang’s fortune by 85 percent since June, casting doubt on his ability to finance the canal. The uncertain financing and timeline raises an alarming possibility: That HKND will begin construction but fail to complete it. If that happens, warns the assessment, “Nicaragua may be worse off than doing nothing.”

That warning squares with the concerns of many Nicaraguans. “It’s going to be the good, the bad and the ugly,” says Alvaro Molina, who owns a hotel on Ometepe, a volcanic island in Lake Nicaragua. While Molina fears pollution in the lake and catastrophic deforestation, he also believes the canal could create educational opportunities for locals, many of whom, he says, remain illiterate. “But if the canal goes through and better education doesn’t happen, then we’ll end up just as bad or worse than before.”