A young Whoopsie, the hybrid chick of a Whooping Crane and Sandhill Crane. Photos: Ted Thousand 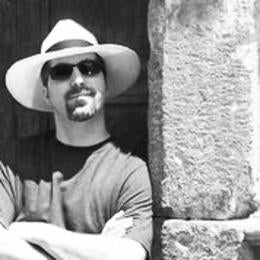 For a brief, shining moment in May 2015, the sight of a Whooping Crane caring for his newborn chick in Wisconsin’s Horicon National Wildlife Refuge was cause for public celebration. The tiny brown puffball with its gangly legs and neck barely reached the knees of his father, a massive crane with resplendent white feathers. As the proud papa followed his chick, a slightly smaller, browner crane—the chick’s mother—walked nearby to form an apparently perfect family unit.

The news of the chick’s birth spread rapidly among refuge visitors and bird enthusiasts. Few people had seen an adult Whooping Crane in the wild, much less a father with a baby chick by his side.

“We have so few young Whooping Cranes on the landscape,” says Anne Lacy, research coordinator for the International Crane Foundation, the Wisconsin-based nonprofit dedicated to crane conservation. “People saw the pictures of a baby crane with a Whooping Crane right next to it. Heartstrings were tugged.”

As the birth was celebrated, scientists and conservationists grew worried because they knew they had a problem on their hands. While the chick was the first wild Whooping Crane born at the refuge, he was not actually purebred. His Whooping Crane father had mated with a female Sandhill Crane, producing a hybrid chick with traits from each of his parent species. Technically a hybrid of the two species is known as a Whoophill Crane, but this one is better known by his affectionate nickname “Whoopsie.”

Whoopsie’s birth wasn’t supposed to happen. His father, a Whooping Crane known as 16-11, was born at the ICF and raised in part by human keepers in crane costumes. In 2011, 16-11 was released at Horicon National Wildlife Refuge, one of the first Whooping Cranes to return to the area after the species’ near extinction in the 1940s. There, he could learn how to live like a wild crane from the Sandhill Cranes living in the refuge, and be joined by additional Whooping Cranes released in the following years. “Sandhill Cranes are great surrogates to be able to teach them how to be a crane, things like migrating, finding safe roosting areas, and foraging,” Lacy says. Then, when he grew older, he’d pair with a female Whooping Crane also living free in Wisconsin.

That was the idea, at least. The Whooping Crane Eastern Partnership, which includes the ICF and other organizations, knew that there was a small risk of hybridization if they let Whooping Cranes mingle with Sandhill Cranes unsupervised. In fact, it happened once before. In the 1990s, Whooping Crane eggs were placed in Sandhill Crane nests in Grays Lake National Wildlife Refuge in southeastern Idaho. The chicks hatched as expected, and then imprinted on the Sandhill foster parents. When the chicks grew up, one male Whooping Crane with an Oedipal complex paired with with a female Sandhill Crane, defying differences in the species’ mating rituals; the couple produced a hybrid chick in 1992. The chick did not survive long.

“It was one of those ‘it seemed like a good idea at the time’ things,” Lacy says of the egg swap. The ICF and its partners no longer let wild Sandhill Cranes foster Whooping Crane chicks.

Despite this hybridization precedent, the crane conservationists didn’t think releasing 16-11 to live among Sandhill Cranes presented a huge risk. The chances of it happening again, they figured, were too slim. More importantly, they had a vital, clear-cut goal: establishing self-sustaining Whooping Crane populations in the wild. The only way to accomplish that was to keep raising and releasing more Whooping Cranes.

Unfortunately, when 16-11 found himself ready to start mating, none of the female Whooping Cranes at Horicon were available. “He hit that magical age, and his hormones kicked in,” says Kim Boardman, who manages ICF’s captive flock in Baraboo, Wisconsin. “He was looking for a crane.” And what he found—another tall crane with a red head—did the trick. In 2014, 16-11 was seen hanging around with a female Sandhill Crane. And in May 2015, volunteers with the partnership observed the proud parents with the chick that would later come to be known as Whoopsie.

In wild birds, hybrids aren’t uncommon or even that problematic. Most are sterile and never reproduce, and some develop health problems or don’t live long. But a hybrid of an endangered animal can interfere with the long-term goal of recovering a healthy breeding population. Only 600 Whooping Cranes exist in the world, and some 450 live in the wild. For the population to recover, the number of chicks born each year must surpass the number of adults that die. For that reason, every bird counts. If Whoopsie grew up in the wild, he could take a Whooping Crane mate, a pairing which would not result in more Whooping or Sandhill Cranes.

This made the ICF’s decision easy: Whoopsie couldn’t remain in the wild. It was not a popular decision. “Your attempts to social engineer a natural situation is cruel,” read a comment on one blog post. An online petition even sought to block Whoopsie’s capture. But the team went forward with its decision and captured Whoopsie in June 2015. “That was difficult,” Lacy says. “People had really taken a liking to that chick.” He’ll never breed, but he has been paired with a female Sandhill Crane at the ICF in Baraboo, which uses Sandhills to help incubate Whooping Crane eggs. “The pair will become kind of surrogate incubators for our Whooping Crane reintroduction program,” Boardman says.

Soon, the researchers had another difficult decision on their hands: what to do about Whoopsie’s father, 16-11. If left alone, he would keep breeding with his Sandhill Crane partner, as both crane species are monogamous. For the sake of his species’ recovery, he needed to be paired with another Whooping Crane and begin producing healthy chicks. “By pairing with a Sandhill, he is essentially gone from the population,” Lacy says. So they decided to bring him into captivity, too. In early October, a team from ICF captured 16-11 just before he would have migrated south for the winter, and transported him to White Oak Conservation, a breeding center for endangered species in Yulee, Florida.

Other reintroduced Whooping Cranes have spent their entire lives in captivity after they displayed “maladjusted behavior” in the wild, Lacy says, such as establishing their territories in people’s backyards or near airports. But the ICF doesn’t want 16-11 to stay at the breeding center forever. “We didn’t want to permanently remove him from the wild because of his parenting experience,” Lacy says. “That’s pretty golden! We really wanted to preserve that, and make it worth the trouble to try some experimental means to see if we could rehabilitate him.”

That experiment began this October. At the Florida breeding center, he has already been paired with a female Whooping Crane. The ICF won’t know if the attempt to sway 16-11 away from Sandhill Cranes will work until next year at the earliest, but they are “cautiously optimistic,” Lacy says. If he takes a liking to his new partner, the new duo may mate and eventually return to the wild as a permanent pair.

There, they’d add to the population—and also reduce the likelihood of future hybridizations. The more Whooping Cranes there are in the wild, the greater chance there will be that male and female birds of the same species will be able to find each other. “The goal is to get the population to be self-sustaining,” Lacy says. “We need to get birds out there on the landscape together so they can find each other, set up these territories, and start to breed.”

Correction (11/11/16): The original version of this story stated that 16-11 was the first Whooping Crane released at Horicon in 2012. It also stated that there were no female Whooping Cranes living at the refuge when he was ready to mate. The story has been updated with correct information. Audubon regrets the error.