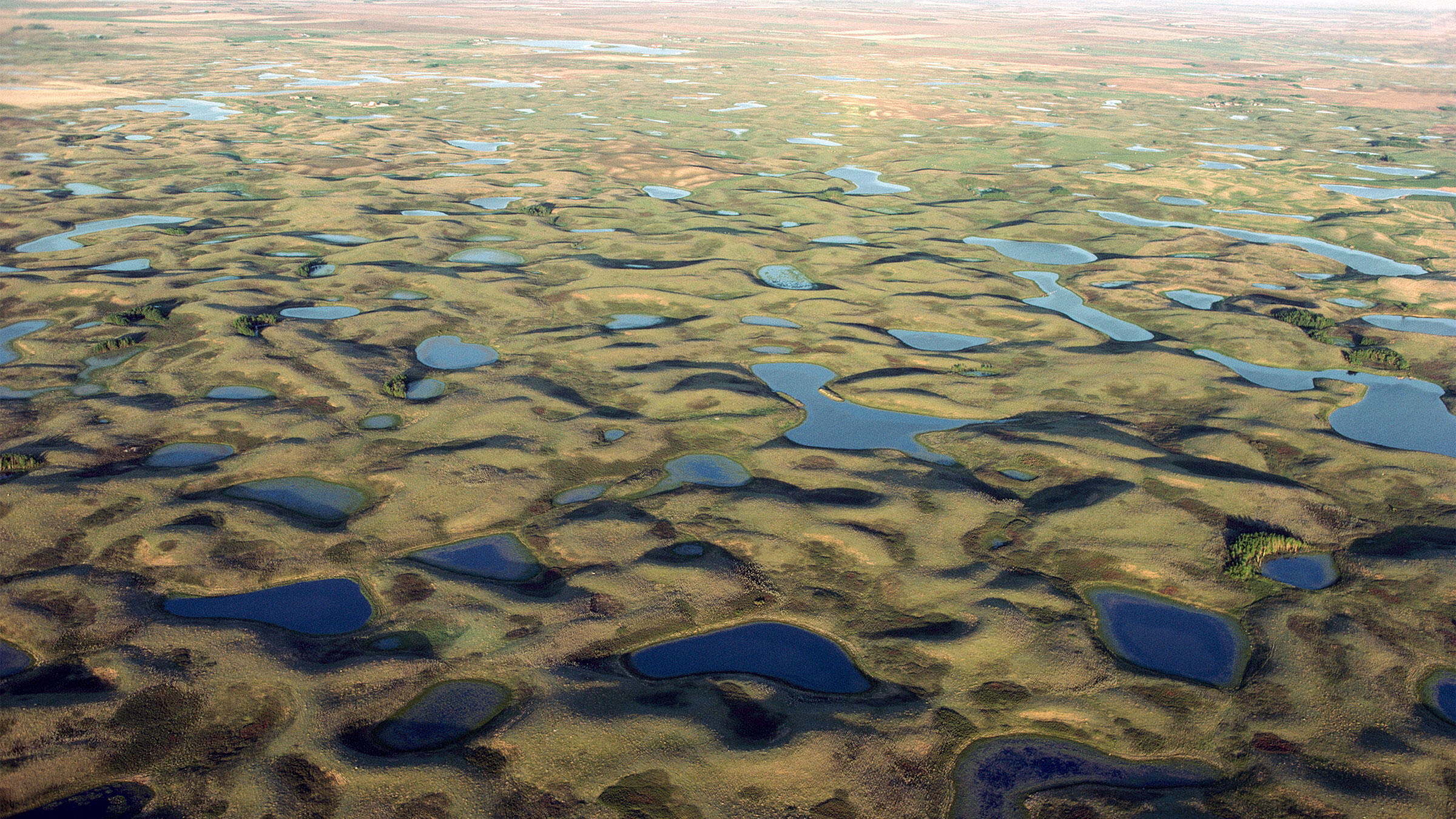 The Waters of the United States (WOTUS) Rule: What It Is and Why It’s Important

President Trump has ordered the EPA to begin reviewing the rule that governs how the agency protects waterways. Here's what WOTUS means to wildlife and people alike.

“Keep navigable waters clean.” It sounds straightforward, but in practice it’s anything but. For decades, the Environmental Protection Agency has struggled with that task, after the Clean Water Act in 1972 gave them the authority to regulate “navigable waters.” But “navigable” doesn’t cover small streams and wetlands, and water in those areas has a habit of flowing downhill into other, larger bodies of water. Whether the EPA could regulate all that water before it reached someplace navigable was never clear.

So in 2015 the Obama administration finalized the Clean Water Rule, nicknamed the Waters of the United States rule or WOTUS, in the hopes of creating a functional definition to guide the EPA’s work. The agency says that before the rule, jurisdictional limbo affected about 60 percent of streams and wetlands in the country. Even with that restriction, the Clean Water Act has been quite successful, cleaning up rivers like the infamous “River that Caught Fire” Cuyahoga in Ohio from decades of urban and industrial pollution. In total, WOTUS placed 117 million people’s drinking water sources solidly under EPA jurisdiction—that’s about a third of the country’s population.

But President Trump sees the rule as over-regulation, and yesterday he signed an executive order that could spark its eventual demise. Nothing will change now that the executive order is signed—WOTUS cannot be overturned with a hastily scrawled signature—but the action is certainly a statement about the administration’s goals. “I don’t think this is going to be an easy exercise for them, but it’s clearly a priority,” says Karen Hyun, Director of Water and Coastal Policy for Audubon.

First, let’s take a step back—what does that WOTUS acronym actually mean? The rule, which takes up 74 pages of small print, doesn’t create any new regulations. Instead, it clarifies what types of water to which the regulations within the Clean Water Act apply, based on two words in a Supreme Court decision and a whole lot of science.

Here’s where the Supreme Court left the issue in a 2006 decision: Four justices believed the EPA was entitled to regulate any places where water flows at any point in the year; four justices subscribed to a much narrower definition, strictly navigable waters (Trump’s executive order calls for adherence to this second standard). Stalemate, basically.

The last justice, Anthony Kennedy, tipped the scales to the second group to require new rules—but he didn’t sign on to limiting the EPA’s authority just to navigable waters. Instead, he called for the rules to cover any wetlands with a “significant nexus” to those navigable waters—in other words, any wetlands that genuinely affect the waters the EPA has jurisdiction to protect. And more details in the opinion made it unclear whether he intended the same standard to hold for streams, as Politico dissects.

The 2015 WOTUS rule was the Obama administration’s response to this call to decide the issue. The EPA translated Kennedy’s call for “significant nexus” into something that could be determined empirically, and then produced a 400-page document delving into how a range of different water features affect rivers. Authors of that document name-checked “significant nexus” 391 times in those 400 pages, which may make the Supreme Court less likely to oppose the rule, should litigation get that far.

Many of the water features the EPA addressed in this scientific review also happen to be crucially important for birds—not just wetlands, which are hotspots for bird life and filter and feed our drinking water sources, but also intermittent streams that eventually end up in major waterways and prairie potholes that are the basis of the country’s “duck factory.” Millions of waterbirds come to the northern midwest to take advantage of the buffet available at the potholes, says Alison Holloran, executive director of Audubon Rockies. “If you [destroy those waters], it doesn’t matter what they’re doing on their wintering grounds,” she says of birds like Blue-winged Teals and Canvasbacks. “If they don’t have [clean water], we’re not going to have them, period.”

The EPA under the Obama Administration argued that the rule makes life easier for businesses, since clearer definitions would give them a better shot of understanding the regulatory issues involved. It also left the rules entirely unchanged for agriculture, adding no new requirements. President Trump disagrees; his executive order calls for a policy that balances keeping pollution out of navigable waters with “promoting economic growth” and “minimizing regulatory uncertainty.”

Just like the Supreme Court’s 2006 ruling, the guidance in the executive order isn’t crystal clear. In particular, it seems to overlook industries that are based on a healthy environment, like recreation and hunting, Hyun says. And introducing competing rules doesn’t clarify regulations for businesses. “It’s hard to build a project not knowing which rule is in place, especially when they’re so different,” she says.

That’s part of why Bradley Cornell, who handles policy in southwest Florida for Audubon Florida, is so frustrated by the order. “[WOTUS] was a really reasonable clarification,” he says. “We were going to get clarity and it was snatched away from us.” In his neighborhood, he’s particularly worried about what that means for Wood Storks, which rely on the plentiful food they can find in shallow, seasonal wetlands—the kind of place that’s a particularly easy target for development and its associated pollution without the WOTUS clarification. The Wood Storks are nesting this year because last year was so rainy, but “in normal years when we should see nesting, they don’t nest any more,” he says.

It’s important to note that an executive order appears immediate, but it’s actually far from it—Trump is just triggering what will be a very long process. The WOTUS rule was finalized too long ago for Congress to kill it quickly, the way it did with a rule banning methane leaks.

Instead, the EPA and its new administrator, Scott Pruitt, need to go through the standard rule-making process, including a public comment period. According to The New York Times, that could take more time than Trump has left in his first term. Even once a rule is finalized, it’s almost certain someone will sue over it, just as others have sued over WOTUS itself (that’s why the rule hasn’t actually gone into effect yet).

The continuing ambiguity means it’s hard to know exactly what changes will come about, or when they’ll begin. But the Trump administration’s intent is clear: to reverse Obama-era environmental protections no matter what, even if they have been effective at protecting avian and human life.