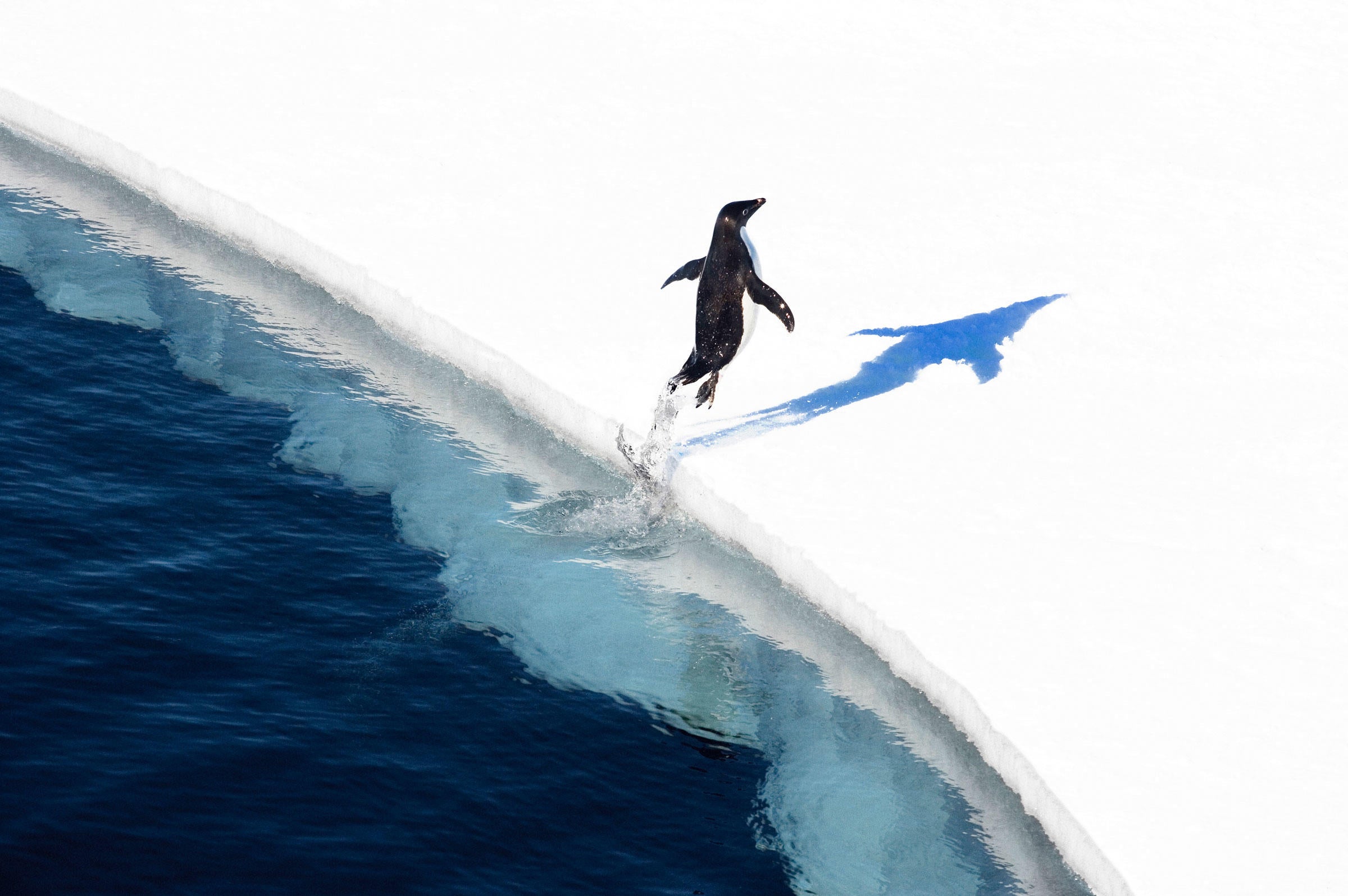 At the end of October, a room full of politicians, biologists, and conservationists in Australia erupted in applause. After five years of negotiations, 24 countries and the European Union unanimously agreed to create a marine protected area (MPA) in Antarctica’s Ross Sea, which is considered the most pristine marine ecosystem in the world. Because it’s relatively inaccessible to people, the region’s wildlife is both diverse and abundant. Top predators like penguins, whales, seals, and seabirds feast on fish and krill in nutrient-rich waters free of pollution, oil spills, invasive species, and destructive fishing like dredging.

The new MPA is the largest in the world, and stretches across 600,000 square miles of ocean off the Antarctic coast about 2,300 miles south of New Zealand. All fishing will be banned in three-quarters of the zone (or 425,000 squares miles), and the remaining area will be designated as “research zones,” where scientists can catch small numbers of Antarctic toothfish or krill for research.

But the victory was bittersweet for some ecologists, including David Ainley, an expert on Adélie Penguins who in 2002 wrote the first proposal to protect the Ross Sea and submitted it to the Commission for the Conservation of Antarctic Marine Living Resources (CCAMLR), the international commission that oversees Antarctic wildlife and fisheries. Because it’s relatively untouched, he argued, the Ross Sea should serve as the world’s natural laboratory to understand how a healthy marine ecosystem functions and changes over time. For that to happen, he wrote, the region needs to be protected from human influence—and especially from fishing.

Since then, he’s watched his proposal transform in the hands of negotiators, as they whittled down the size of the protected area. The MPA’s final boundaries made clear to him that “their primary goal was protecting the fishing industry,” Ainley says, “and not including any area where the fishing industry was interested in fishing.”

As evidence, Ainley points to Iselin Bank, a shallow area that sticks out like a finger from the edge of the Ross Ice Shelf. Iselin Bank is considered the most important area for seabirds and other wildlife—but it is not protected in the new reserve. Its shallow water supports a rich underwater ecosystem and is a hotspot for top predators, including Antarctic and Snowy Petrels, Emperor and Adélie Penguins, Sooty Albatrosses, Weddell and crabeater seals, and minke whales.

Iselin Bank is also the Ross Sea’s main fishing grounds for the lucrative Antarctic toothfish, which is better known as Chilean seabass in upscale restaurants. “It’s probably not surprising that the areas that are ecologically richest also support fisheries, the bulk of the fishing grounds,” says Cassandra Brooks, an Antarctic ecologist-turned-policy wonk, who’s studied the creation of the Ross Sea MPA for her graduate work at Stanford University. And so Ross Sea’s most ecologically important area was excised from the MPA’s boundaries.

Some of the details of the final agreement also raise questions about how much extra protection the MPA provides. For instance, fishing is allowed in some 170,000 square miles of the MPA in “research zones,” within which countries can catch and tag fish to keep track of the size of stocks. The “special research zone,” reserved for toothfish tagging, “actually opens an area to fishing that had been closed,” Ainley says.

Additionally, some sections of the new MPA were already protected from fishing. Under another CCAMLR rule, areas shallower than 550 meters were off limits to protect seafloor communities. By Ainley’s count, more than half of the area included in the MPA was already protected under this rule.

“A large proportion of the Ross Sea shelf is within that depth limit and is closed to fishing,” Brooks says. “Which gets at: So how much of the MPA is status quo, de facto protection that we had anyway?”

Another perceived flaw in the the Ross Sea MPA is that it is set to expire in 35 years unless all countries agree to continue protections. This is the first MPA in the world to have such a time limit. “This is a new thing that CCAMLR has brought to the world of protections, this idea of limited durations,” Brooks says. She speculates that the expiration date made it less risky for countries to sign on to the MPA. Few countries have the capacity to fish or explore for oil and coal now, but they may want to try in 35 years.

“On the optimist side, I’d like to think that once we’ve had it, people will see the value and keep it in place,” she says. “But it does set a strange precedent. That’s the risk that we take: that sunset clauses will now be the norm in protected areas.”

The new MPA ended up being a compromise because Antarctica is territorially contested. For centuries, countries have claimed ownership of the continent and its islands. But when the Antarctic Treaty was signed in 1959, those countries agreed to ignore their claims, designate Antarctica as a shared scientific zone, and ban military activity on the continent. Today, 53 countries are signatories of the treaty.

Even as countries respect the treaty, they still treat each other’s activities in Antarctica with suspicion. Any new research ship or fishing boat could be innocuous—or it could be an effort to bolster a future claim to Antarctic territory. So when New Zealand and the United States proposed the new MPA in 2012, it took a few years for some countries (Russia and China, in particular) to trust them. “Are they doing conservation? Or are they doing something different that has to do with power and access?” Brooks says.

“Whether or not that’s true, who knows, but it raises issues of trust,” she says. “You have these old claims playing out in funny ways.” 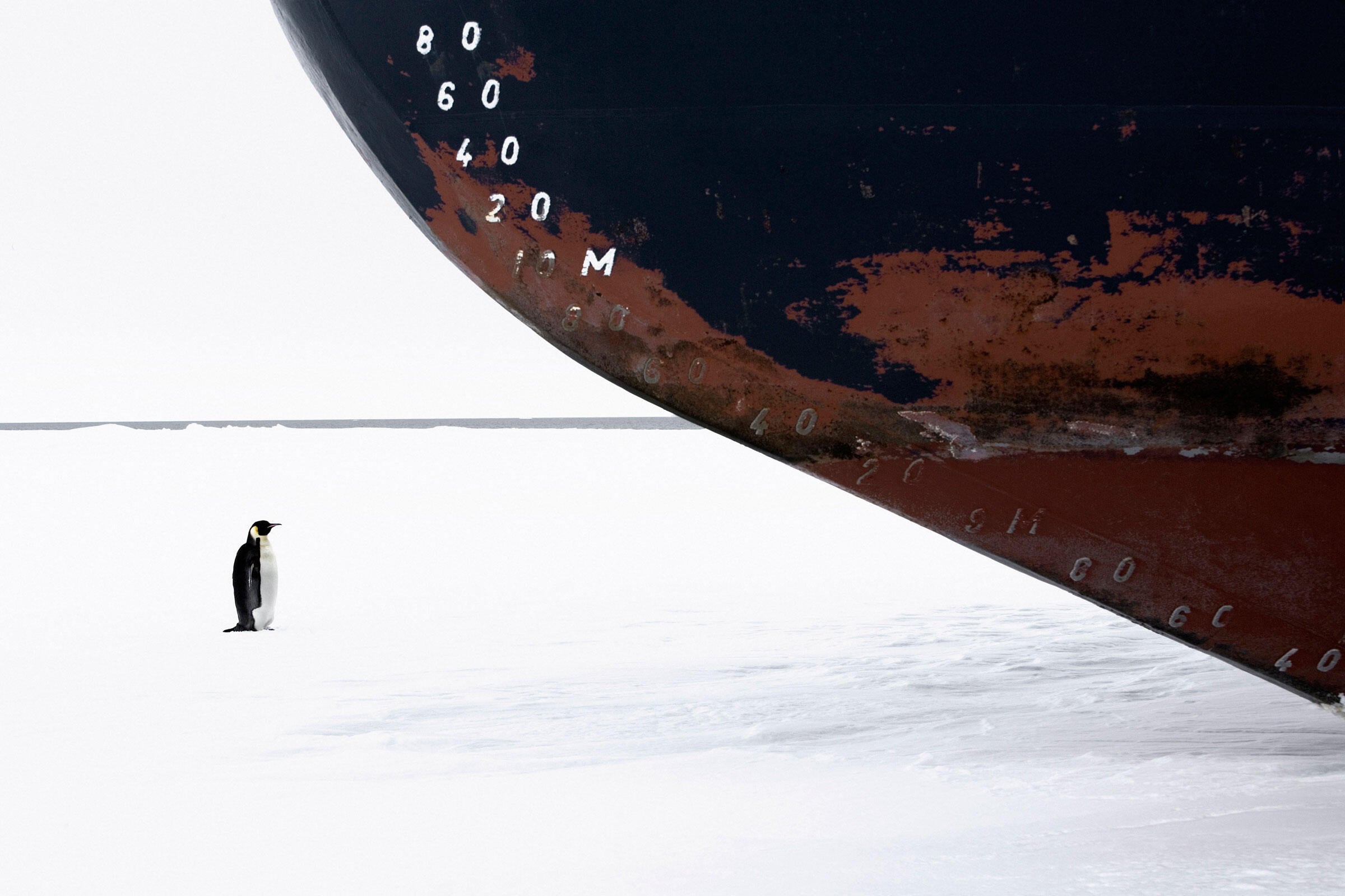 During negotiations, countries were also jockeying for fishing access in the Antarctic, and especially for Antarctic toothfish access. Most of the large toothfish fisheries are located near northern islands beyond the limits of the Antarctic Treaty, and so lie within control of individual countries—namely France, the United Kingdom, Australia, and South Africa.

“What that means is that your only large, open-access-to-everyone toothfish fishery is in the Ross Sea,” Brooks says. “Which might then make it more clear why this MPA was economically a difficult thing as well as politically.”

The result of this economic and political baggage is that, to get 24 countries and the E.U. to agree to create the MPA, compromises had to be made. And as a result, some of the important fishery areas in the Ross Sea—which are also crucial to wildlife—were left out of the MPA’s boundaries.

“A lot of it was carved around fishing interests,” Brooks says. “There’s where they fish now. And for some countries, it’s a long game of protecting their right also to be there and fish in the future.”

Despite the protections of the new marine reserve, Ainley remains worried for the future of the Ross Sea ecosystem. In the last decade, penguin populations have grown dramatically. The Adélie Penguin population has doubled from 500,000 birds to “maybe a million,” he says. Emperor Penguin populations remain somewhat stable, “although those are increasing pretty rapidly in the southern Ross Sea,” he says.

That might sound like a good thing. But such massive population growth could point to a shift in the food web. The Ross Sea’s penguins mainly eat silverfish, which are the region’s forage fish, small schooling fish eaten by bigger predators. A population explosion in penguins likely means they have more silverfish food than they had previously, Ainley says. “We think it’s because they’re not competing with toothfish anymore for silverfish.”

If he’s right, the existing Antarctic toothfish fisheries have already damaged the Ross Sea ecosystem. “It used to be said that the toothfish is the shark of the Antarctic because they’re so huge compared to the closest other species,” he says. “Studies have shown that when sharks are removed [from coral reefs], it causes ripple effects down through the food web. That seems to be what’s happening now in the Ross Sea ecosystem.”

The MPA does do some good, Ainley acknowledges, mainly by protecting fishable species that haven’t been exploited yet. Silverfish are protected. Beds of scallops are protected. And some inshore toothfish fisheries will have to move farther from the most biodiverse areas.

But he fears it’s not enough to protect this ecosystem, the last place on Earth where orcas, seals, penguins, and seabirds mingle and coexist. “I’d like to see the Ross Sea shelf and slope actually protected, with the goal of protecting the ecosystem. But that would mean getting rid of toothfish fishing,” Ainley says. “As long as you keep removing toothfish, the ecosystem is changing.”

View a slideshow of John Weller's spectacular photos of the Ross Sea below. 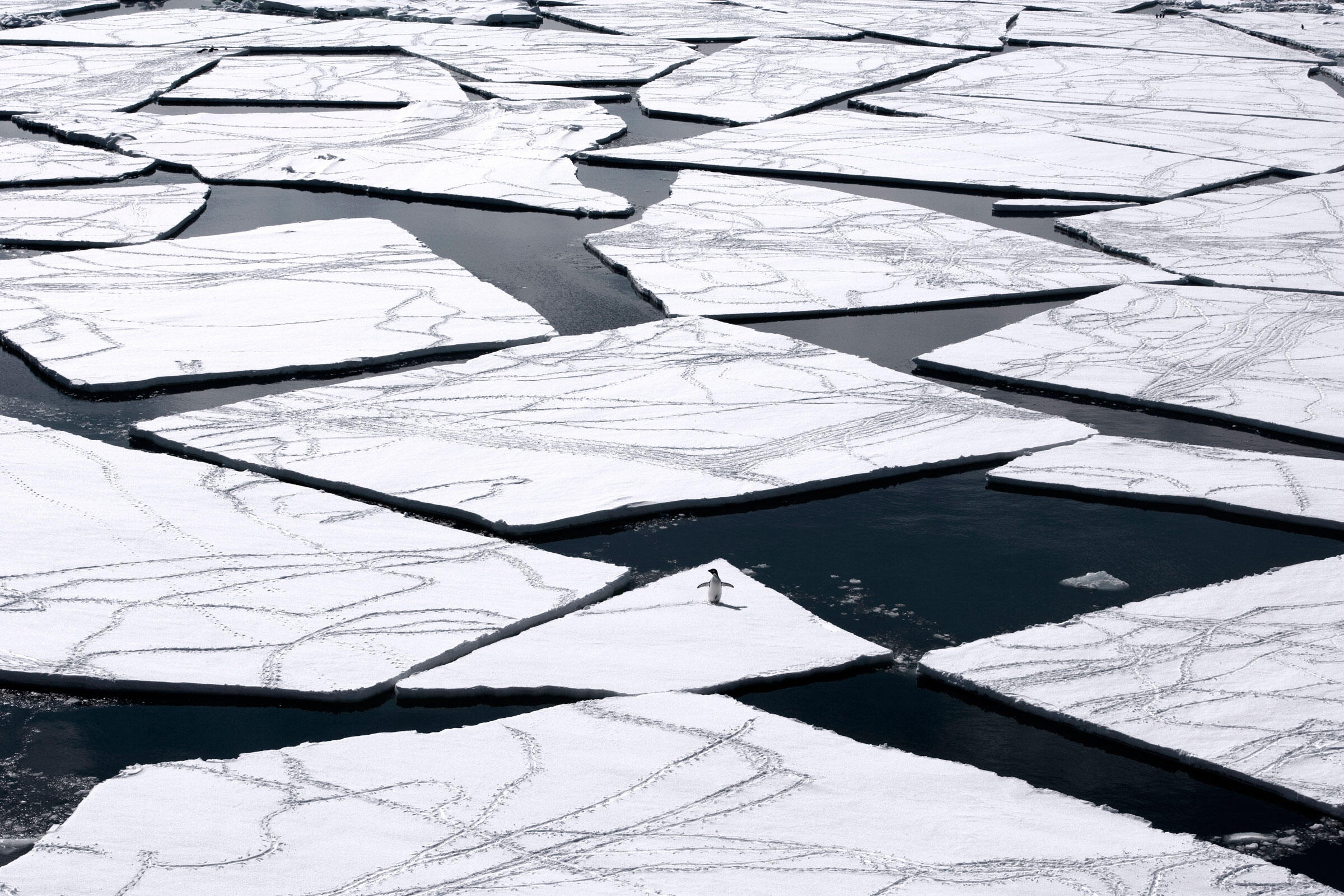 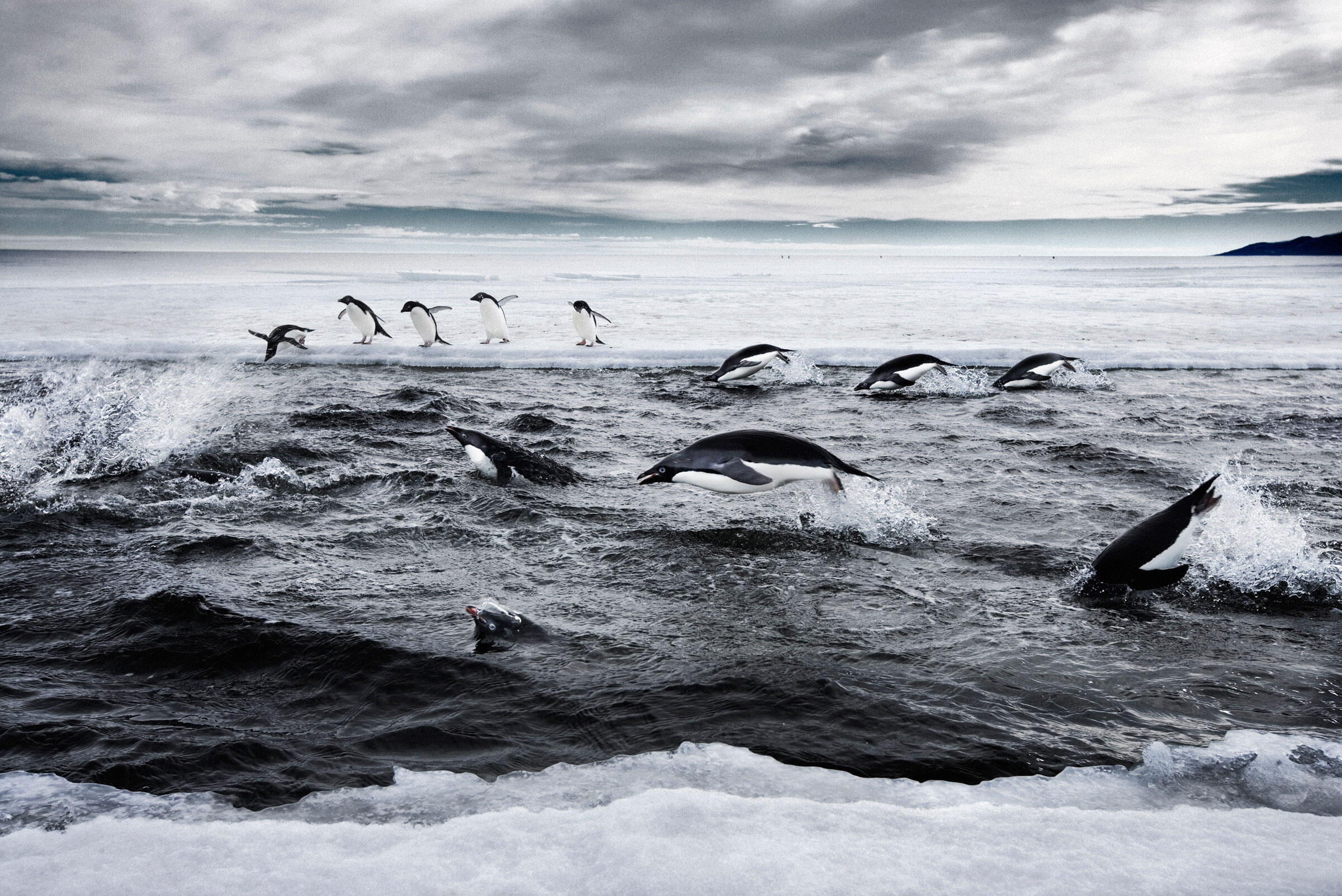 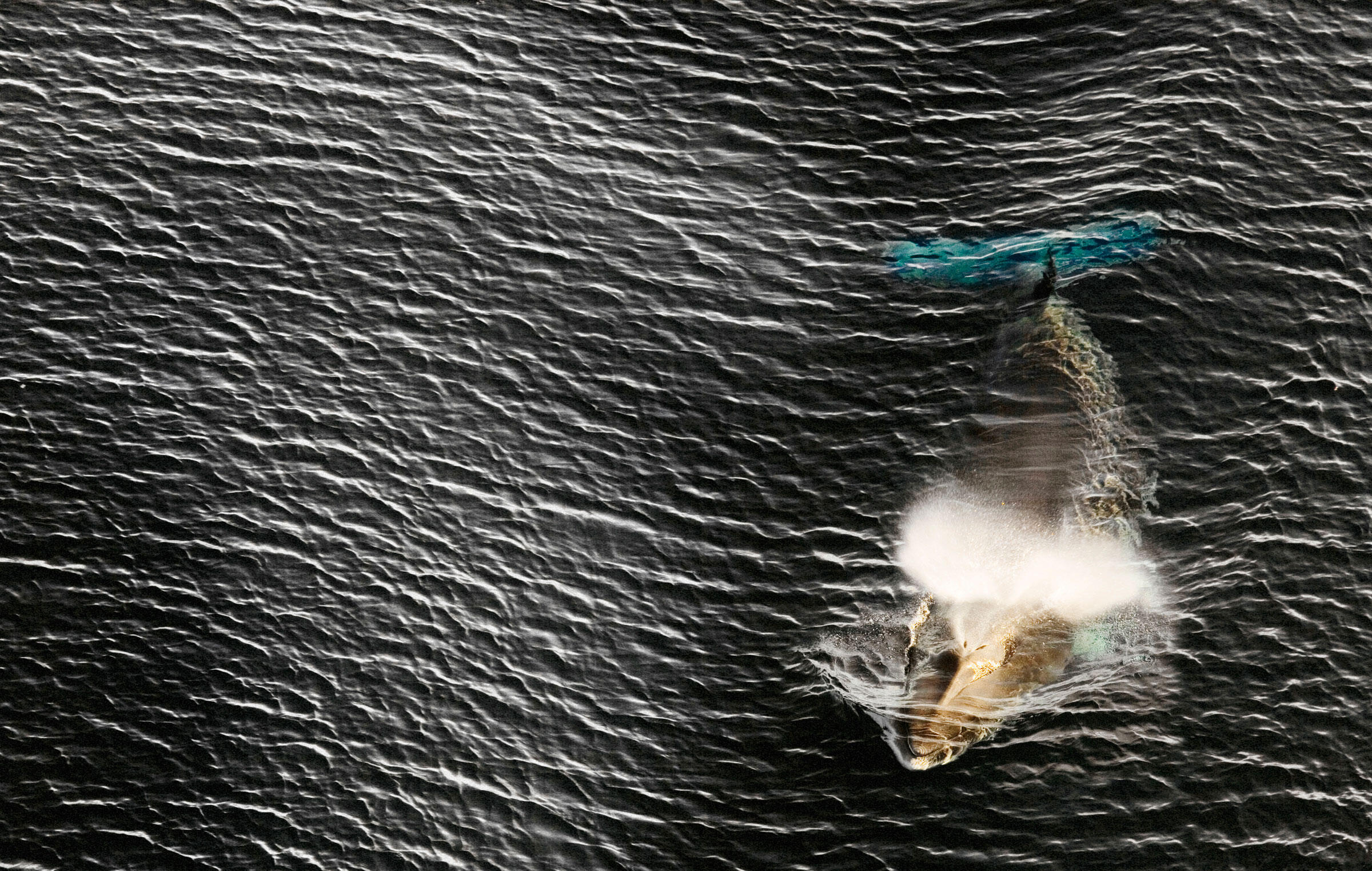 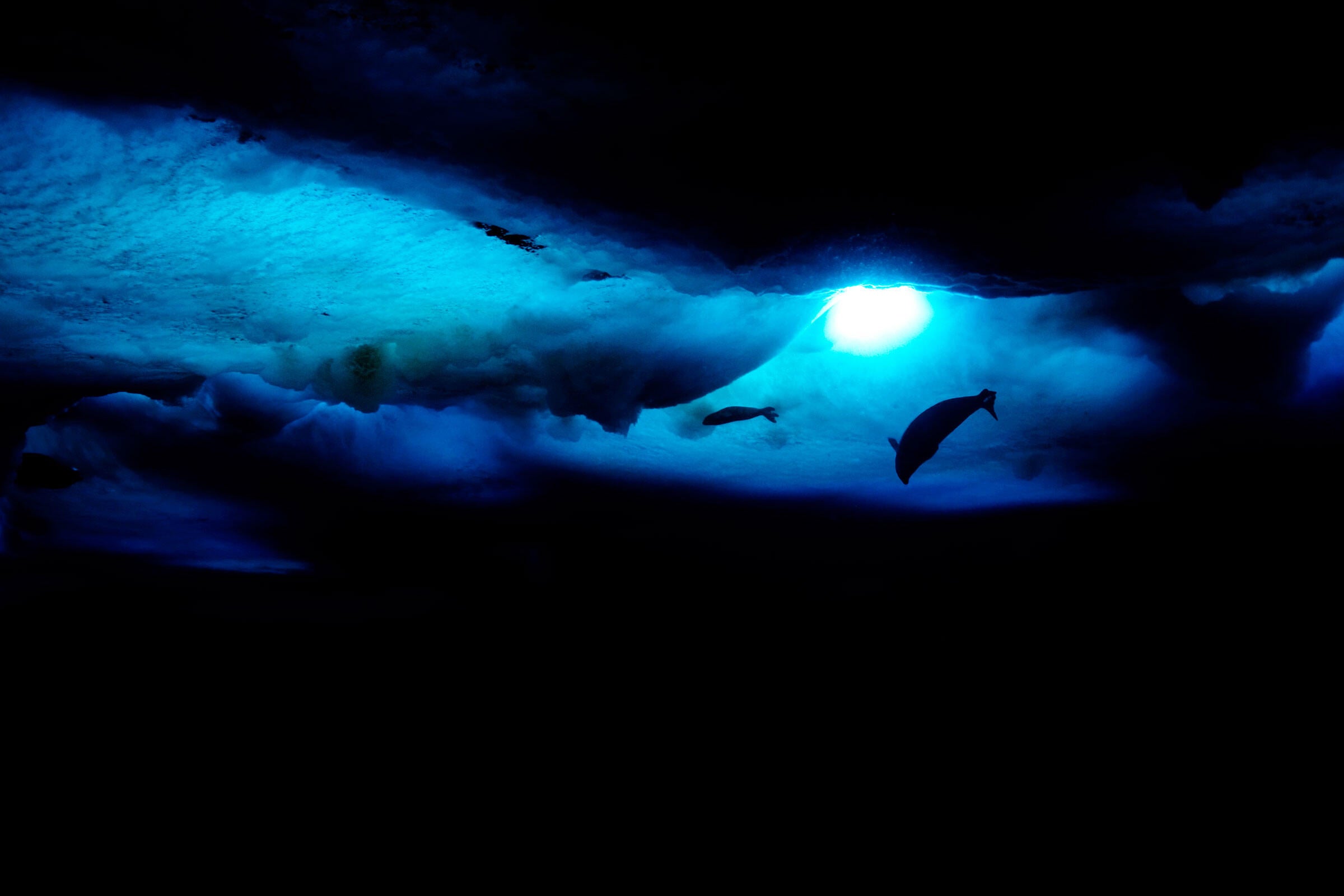 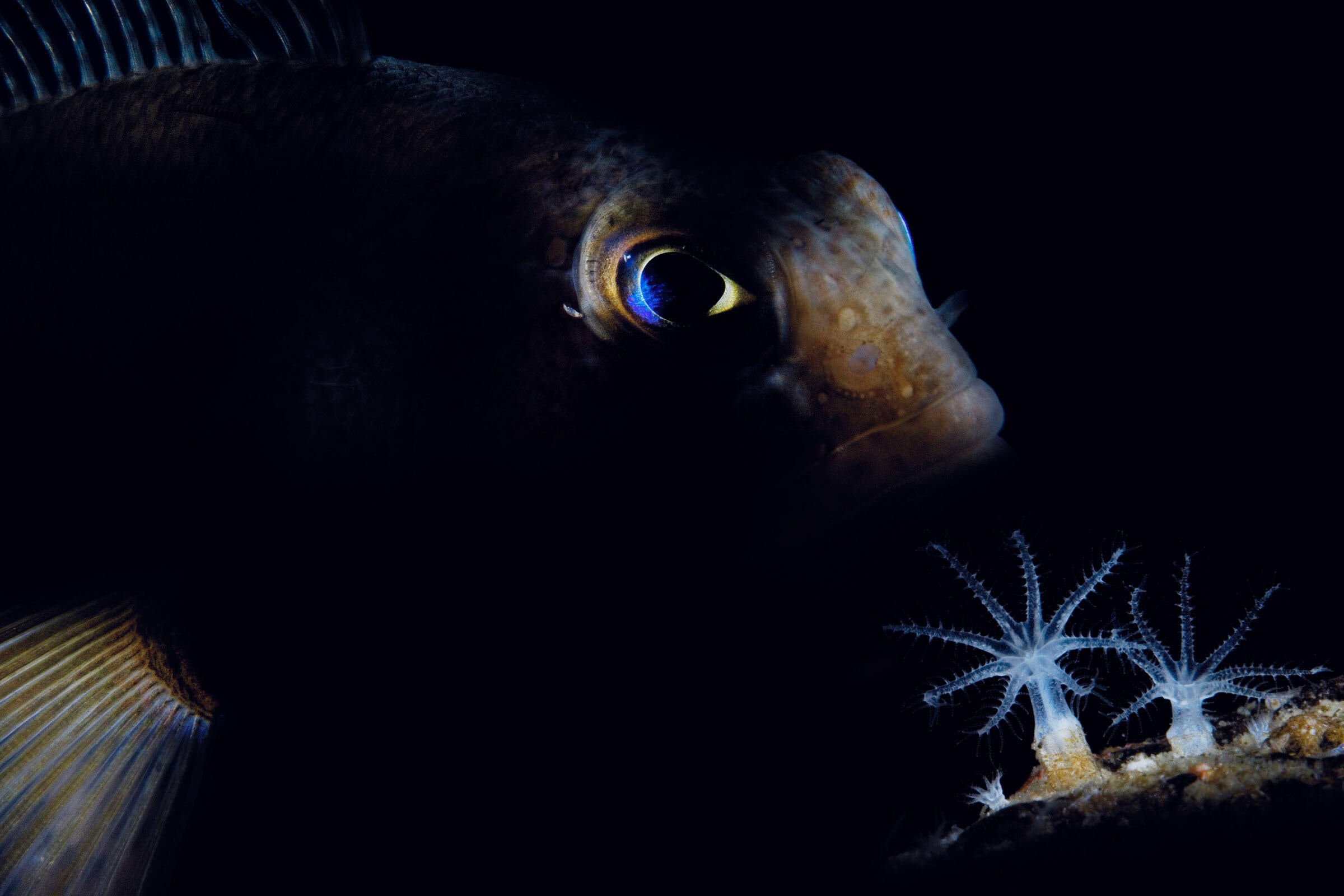 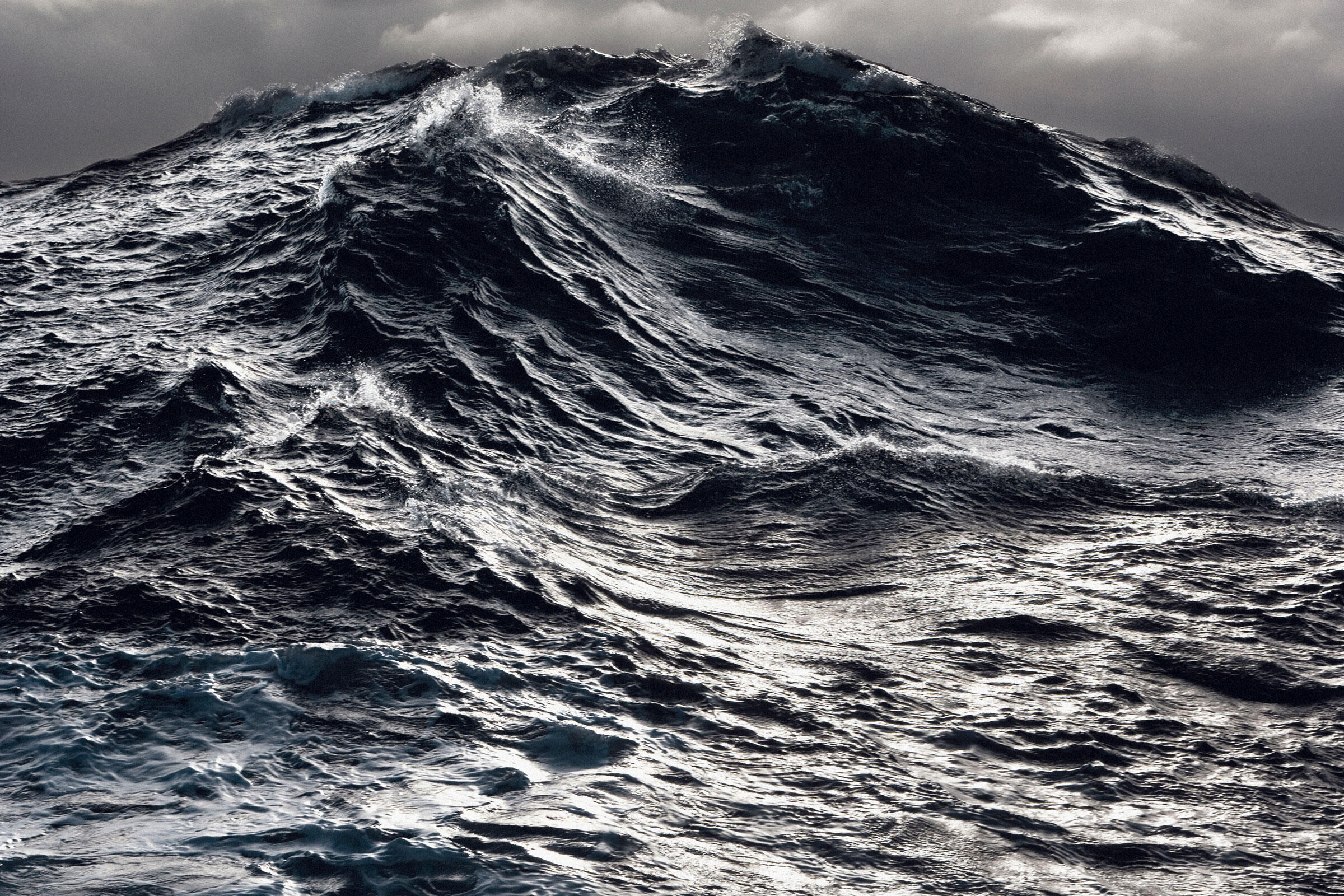 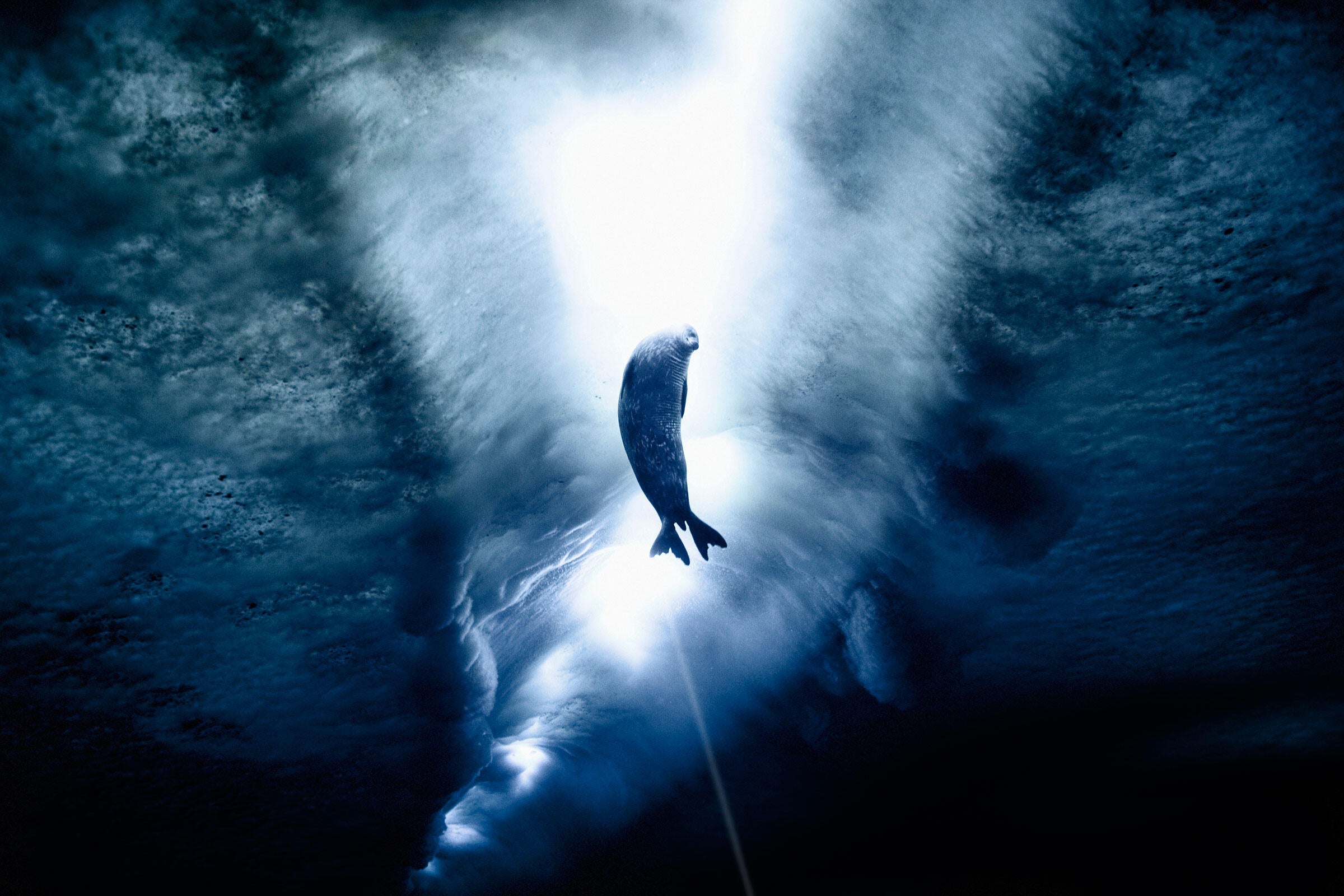 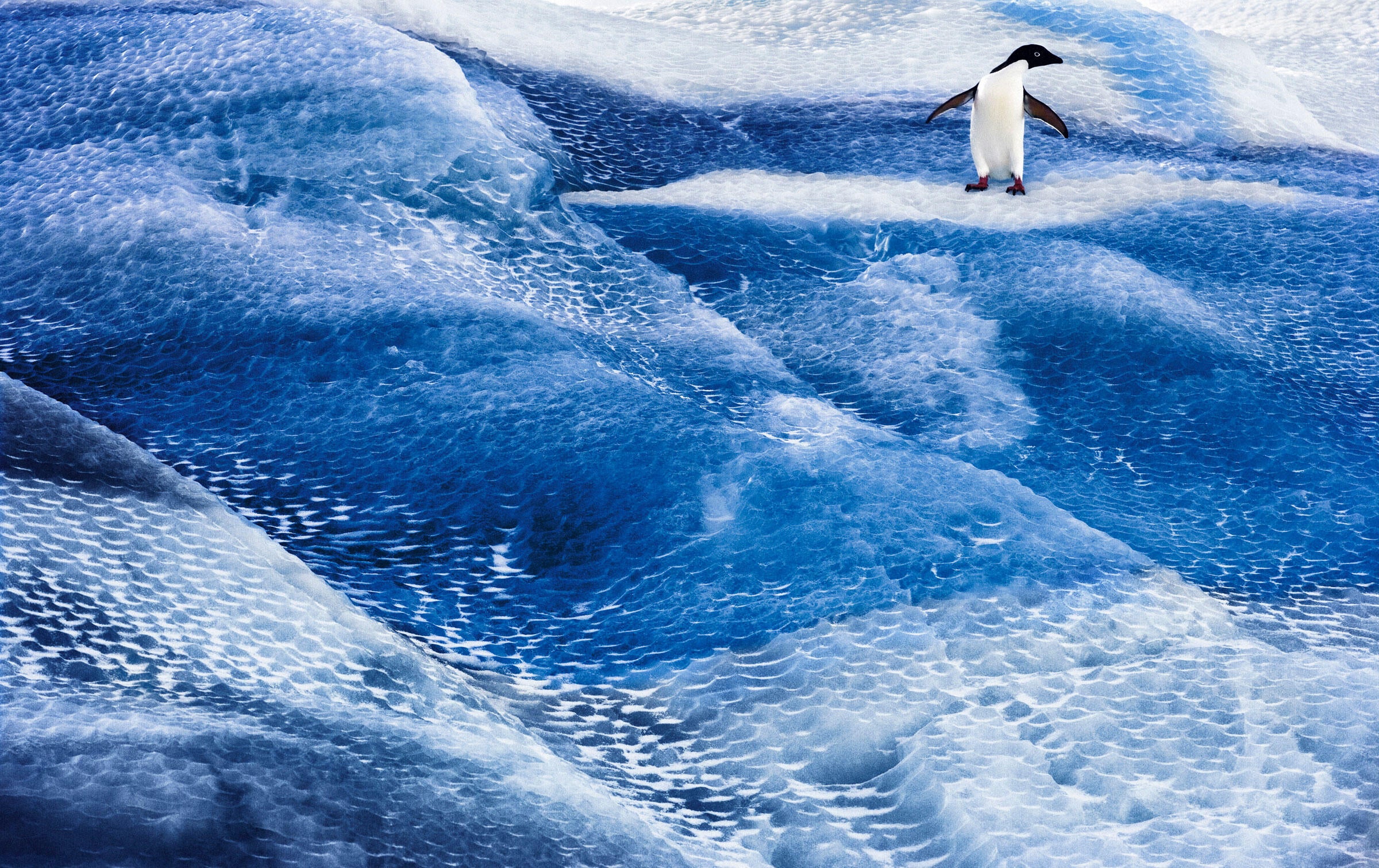