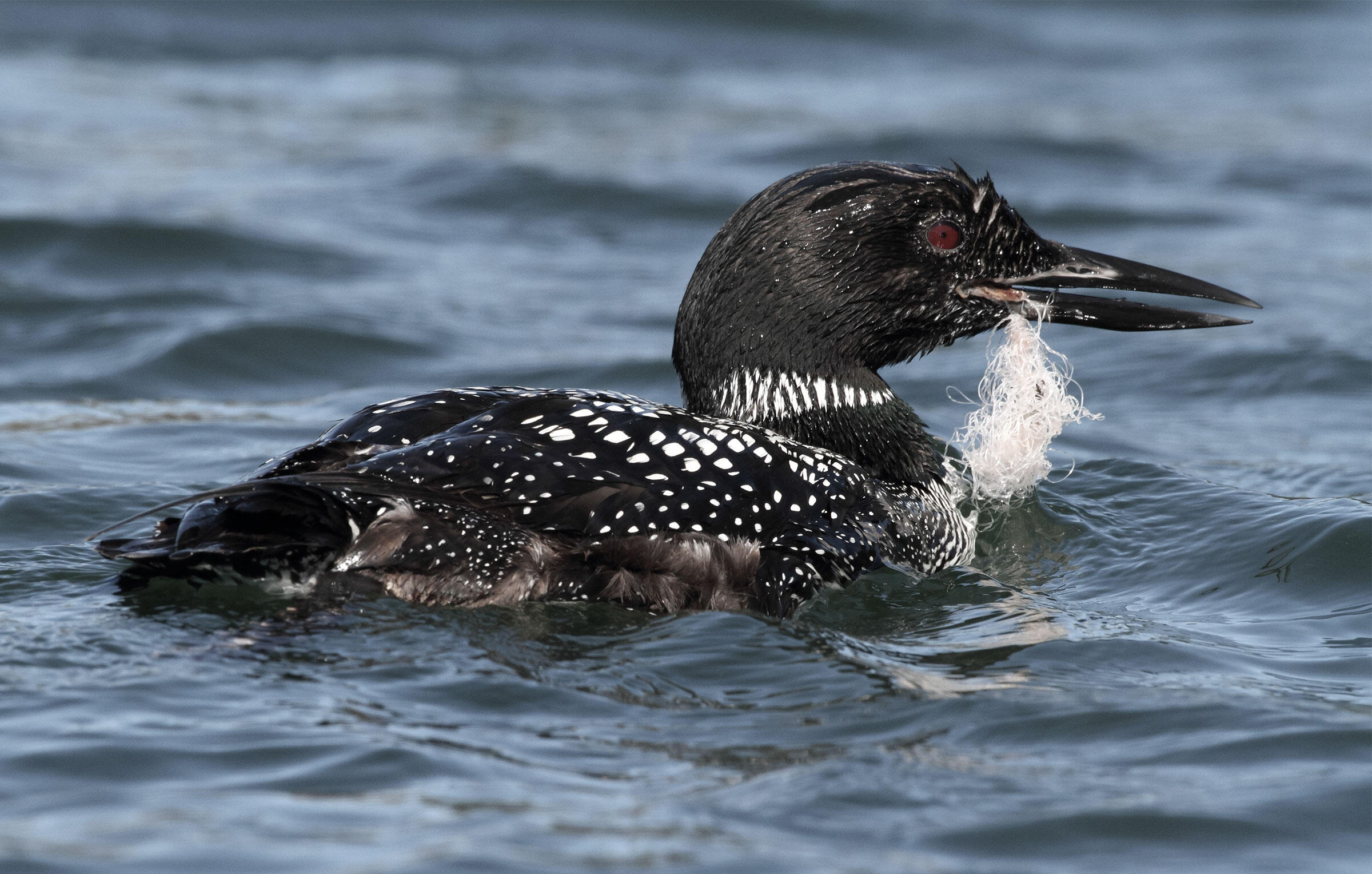 Lead tackle swallowed by Common Loons can wreak havoc on their nervous and digestive systems. Photo: Ginger and Daniel Poleschook

A summer campfire on New Hampshire’s lakeshores just wouldn’t be the same without a Common Loon wailing away. Yet 40 years ago, that likely wasn't the case. In 1975, there were only 135 loons left in the Granite State—about a tenth of its historic population. To avert disaster, state leaders created the Loon Preservation Committee, a network meant to protect the birds’ nesting sites and educate citizens and lawmakers about conservation. Their efforts are paying off: Today, some 700 adult loons nest in New Hampshire.

It’s a good-news story, but it masks a persisting problem. A recent study shows that New Hampshire’s Common Loon population would be 43 percent larger if it weren’t for a preventable killer: lead fishing tackle. The lead attacks the birds’ nervous and digestive systems, leaving them weak and sometimes paralyzed or lifeless. The findings, published in September in the Journal of Wildlife Management, indicate that of the 253 loons found dead in the state between 1989 and 2012, 123 were killed by toxic tackle. That’s more than five times as many fatalities as from the next leading cause—general physical trauma—and more than all other known causes combined.

“It is hugely significant for our loon population,” says Harry Vogel, senior biologist and director of the Loon Preservation Committee and a co-author of the paper. Vogel says the committee aims to restore the state count to at least 1,200 birds, which he estimates to be on the lower end of the state's historic population average. “Lead is not entirely stopping the recovery of this population, but it’s certainly inhibiting it,” he adds.

The committee’s network is made up of biologists, state fish and wildlife agents, and volunteers who closely monitor New Hampshire lakes and send any dead loons they find to labs for necropsies. The investigators check the carcasses for lead by inspecting the gastrointestinal tract, testing tissues, and taking X-rays, and then report the results back to the committee. However, Vogel guesses about two-thirds of the corpses are never recovered and diagnosed. “That’s one way this paper is actually very conservative in its conclusions,” he says. “We are certainly not finding every dead loon in New Hampshire.”

It’s widely known that lead kills loons, but the authors say their study is the first to show how toxic fishing gear can hurt an entire population. To project the effects over multiple generations, they used a computer model to pretend the lead-poisoned birds were still alive and reproducing. The results revealed an additional population growth of 1.4 percent per year if tackle wasn’t part of the equation.

While Common Loons can live up to 20 or 30 years, most don’t breed until they’re about 6 or 7, Vogel says. Even then, they might produce just one healthy chick ever two years or so. “The key to maintaining a viable population is to keep those adults alive,” he says, which is why every lead-based death matters.

Loons aren’t the only birds at risk, either: The authors note that at least 27 other North American species are known to ingest lead fishing tackle.

Although the new study focused on New Hampshire alone, its findings hint at a more widespread problem. “We suspect this is an issue wherever loons and anglers coincide,” Vogel says. Loons aren’t the only birds at risk, either: The authors note that at least 27 other North American species are known to ingest lead fishing tackle.

Some states have taken steps to address the problem. In 2000, New Hampshire became the first one to prohibit certain lead sinkers and jigs in ponds and lakes. The state went further in 2013 by banning the sale or freshwater use of any lead sinker or jig weighing less than an ounce, which is about the size a loon can swallow. The law took effect last year. Maine, Massachusetts, New York, Vermont, and Washington have also implemented restrictions.

The issue has been more contentious at the national level. On the last full day of the Obama presidency, the U.S. Fish and Wildlife Service signed a ban on lead ammunition and tackle on any agency-managed lands and waters. But the new Interior Secretary, Ryan Zinke, promptly overturned the rule in March. “He’s on the wrong side of history,” Vogel says of Zinke’s decision. “Fifty years from now, people will look back and there will just be disbelief that we ever allowed lead in our waters.”

Meanwhile, the American Sportfishing Association praised Zinke for lifting the ban, even as it publicly acknowledged that lead kills loons. But the group also states that before further restricting lead use, “sufficient data must exist to demonstrate that discarded lead tackle is an actual threat to the sustainability of loon or other waterbird populations.” Asked whether the New Hampshire study’s population-wide findings are sufficient enough data, Mary Jane Williamson, the association’s communications director, wrote in an email that the group “retains its long-standing position against unwarranted broader restrictions on lead fishing tackle.” Williamson also cites a slight increase in loon populations nationwide in recent decades, and notes that lead alternatives like steel, tungsten, and brass are expensive.

But thanks to growing awareness among anglers, nontoxic tackle has become increasingly affordable, Kristin Hall, conservation manager for Audubon Minnesota, says. Regulations, she adds, can help bring those costs down further. So far, though, Hall’s state—which has the most Common Loons in the Lower 48—has opted for a public education campaign instead of outright restrictions. “In general, I have found Minnesotans to be pretty aware and responsive to some of the issues related to lead,"  she says. "But the will to pass enforceable regulations seems to still be lacking,”

In places where that political will does exist, addressing lead poisoning is a pretty straightforward matter, at least when compared to some of the more intractable problems loons face (climate change is just one giant example). “Lead’s time has come and gone,” Vogel says. “We phased it out of gasoline. We phased it out of paint. It’s time to phase it out of fishing tackle as well.”