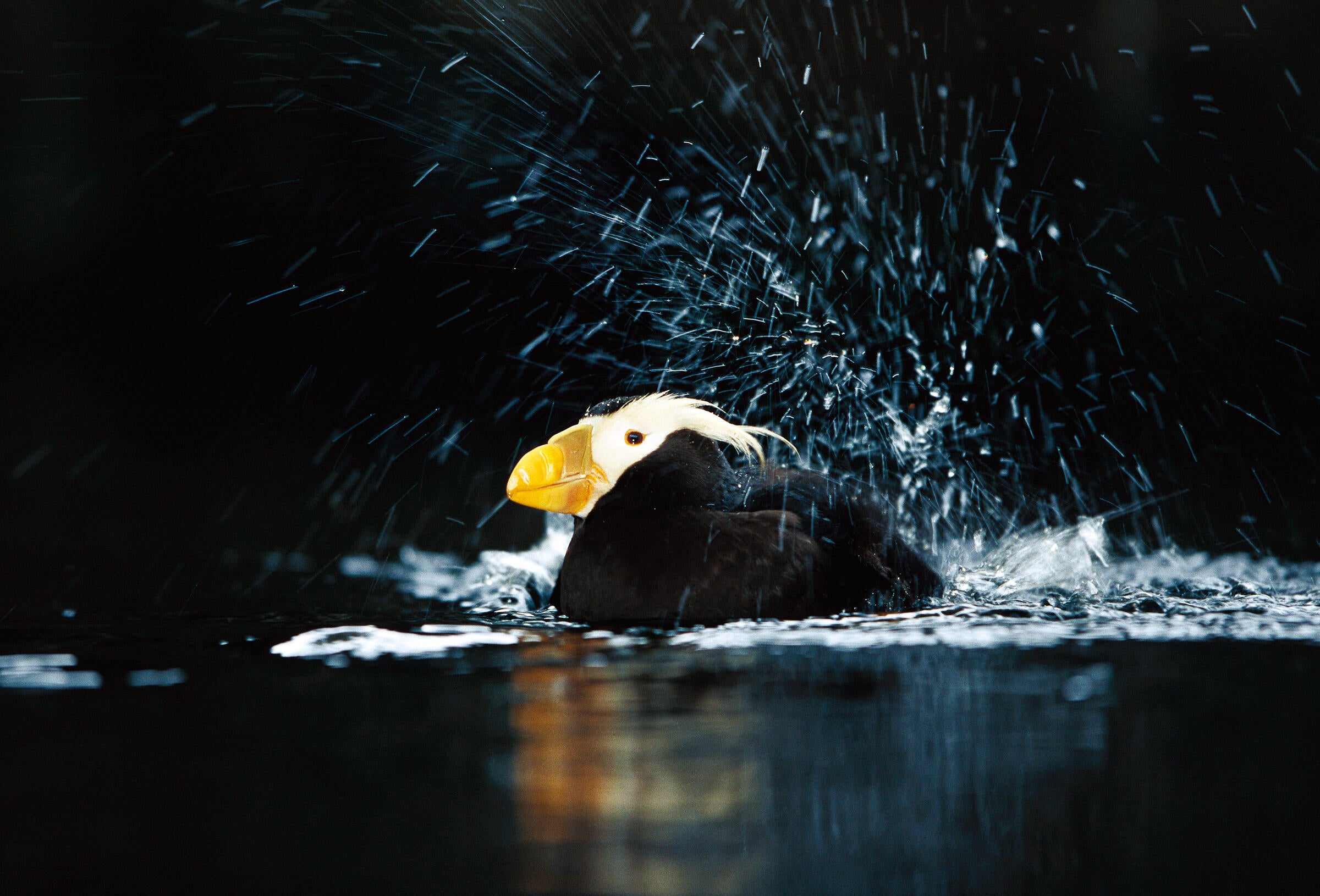 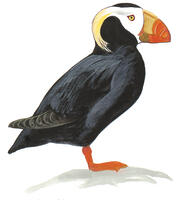 The Tufted Puffin, once one of the most common seabirds in Washington State, reached a bittersweet landmark last week when the state approved its listing as an endangered species. This gorgeous bird, recognized by its distinctive orange bill, white facemask, and golden head plumes, has been a candidate for state listing for 16 years. It was identified by Audubon Washington as an early warning species of concern in 2004, and one at high risk of negative impacts from changes in ocean and atmospheric circulation related to climate change in 2009. In 2015 eleven chapters joined Audubon Washington in highlighting the dramatic decline of this bird through written and oral testimony.

The numbers speak for themselves. A recent minimum estimate put the state population at a mere 2,958 birds, down from approximately 25,000 in the early 1900s. Only 19 of 43 historic breeding locations are occupied today, and at their current rate of decline, Tufted Puffins could disappear from our state in about 40 years. Fisheries bycatch, forage fish population crashes, oil spills, competition from introduced species, and increased Bald Eagle predation are all likely culprits—the crucial question now is how conservationists can best promote their recovery.

Puffins and other seabirds are widely recognized to be sensitive indicators of marine health, which is why the population decline seen across the southern portion of its range—including Oregon, California, and Japan—is of broad concern. Audubon will be working across its network to ensure that state and federal policies concerning marine bird food and habitat resources use the best available science to safeguard these extraordinary birds and their life history needs.

Established in 1981, Audubon Washington inspires people to conserve natural ecosystems and build healthy communities for people and birds. There are 25 Audubon chapters in Washington, representing over 21,000 members who are located across the entire state. There are three Audubon science and nature education centers located in Seattle, Sequim, and Tacoma that serve over 35,000 people each year. Audubon Washington works to protect birds and habitats in three key areas: through the protection and recovery of marine birds and their food and habitat resources, the conservation of the sagebrush steppe ecosystem of Eastern Washington, and through engagement with diverse communities on caring about and protecting birds. Along with our chapters, we work to educate people about the threats birds face as a result of climate change and identify actions they can take. For more information visit wa.audubon.org.