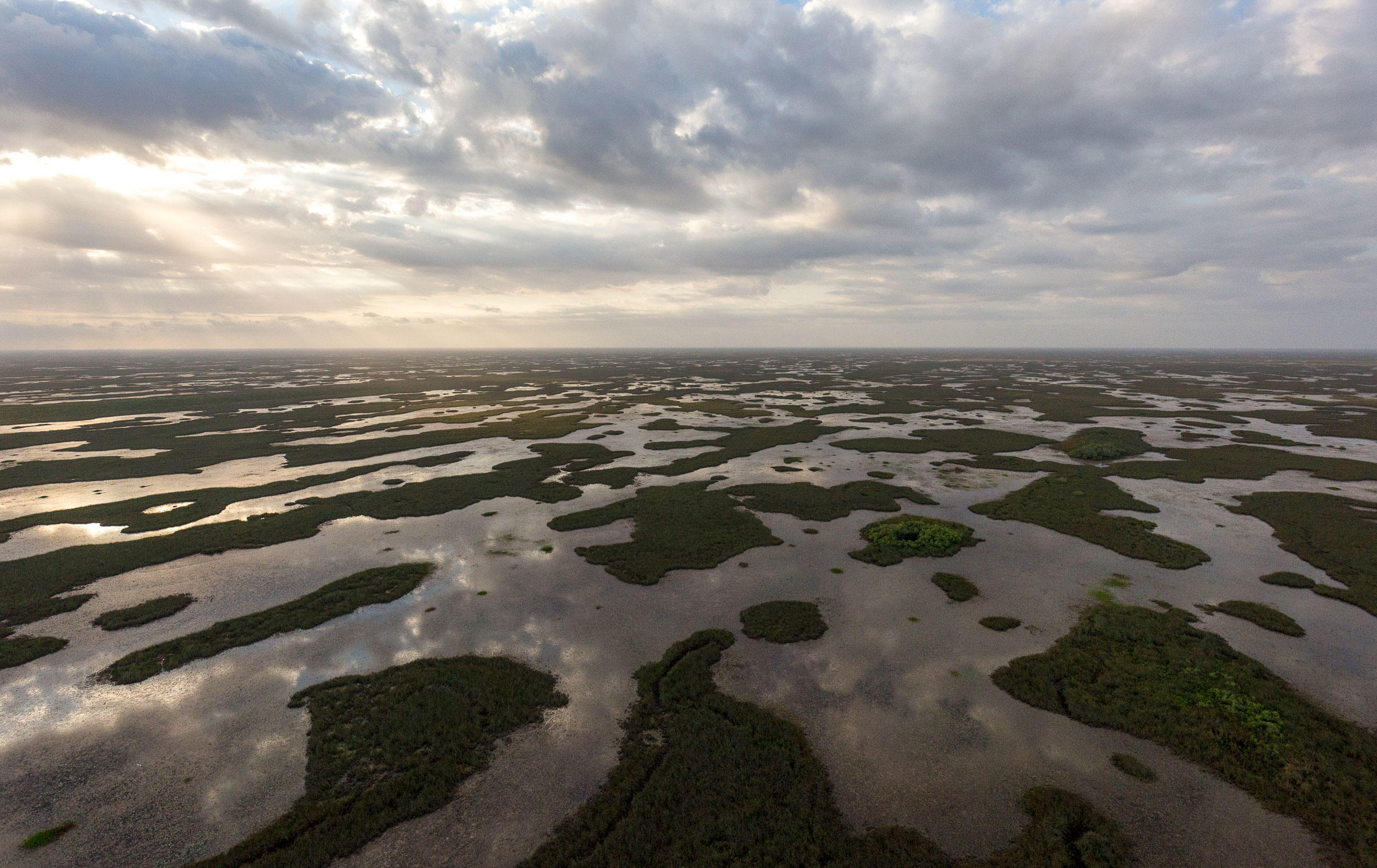 The proposal could cut protections for Everglades wetlands that, while often dry, are essential for wading birds. Photo: Mac Stone

From the Everglades to the Great Plains and streamside thickets in the Southwest, the draft rule targets a wide range of important bird habitat.

The Trump administration on Tuesday proposed a major rollback of federal clean-water protections, one that critics say ignores the government’s own science, threatens water quality, and puts at risk important habitat for birds and other wildlife.

At issue is the Clean Water Act, passed in 1972 with broad support, which made it illegal to fill in or discharge pollution into “waters of the United States” without a permit. But it didn’t provide a clear definition of which water bodies count as waters of the United States. Rivers that flow year-round were obviously covered by the act. But what about tributaries that flow for only part of the year? Or a glacier-carved wetland detached from a larger river or lake, or even a farm irrigation ditch?

How the government answers those questions is significant for farmers looking to plow new land or dig a pond for livestock, developers planning a construction project, and county governments building roads. They say the law’s murky definition forces them to hire lawyers and consultants to advise them on whether permits are necessary for the jobs. These questions and answers are also significant for environmentalists, who recognize the importance of seemingly insignificant waterways for wildlife and argue that even intermittent streams affect water quality downstream.

These groups and others have tussled over the law’s scope for decades, all the way to the Supreme Court. Two rulings on the issue—in 2001 and 2006—failed to settle the matter. The Obama administration issued its own contentious ruling on the law—known as the Clean Water Rule or WOTUS (for waters of the U.S.)—in 2015, which has since been tangled up in the courts; judges allowed it to take effect in just 22 states.

In a press release, the U.S. Environmental Protection Agency said Trump’s draft rule seeks to clarify the scope of the Clean Water Act with “a straightforward definition” that removes hurdles for businesses. It reaffirms that always-flowing streams and other major water bodies are covered by the act. But it does not extend protection to ephemeral streams, which flow only after snow or rainfall, or to wetlands and ponds that aren’t near or connected to larger water bodies at the surface, or many farm ditches.

“This new rule will empower farmers and ranchers to comply with the law, protect our water resources and productively work their land without having to hire an army of lawyers and consultants,” said American Farm Bureau Federation President Zippy Duvall in a statement.

But those who oppose the newest reading of the act say the proposal—still subject to 60 days of public comment before it’s finalized—would allow developers and industry to pollute or fill in wetlands and small streams that are important for wildlife and the quality of downstream water. “This is restricting the scope of federal jurisdiction under the Clean Water Act to levels we have not seen since the 1970s,” says Dave Owen, a professor at the University of California’s Hastings College of Law. 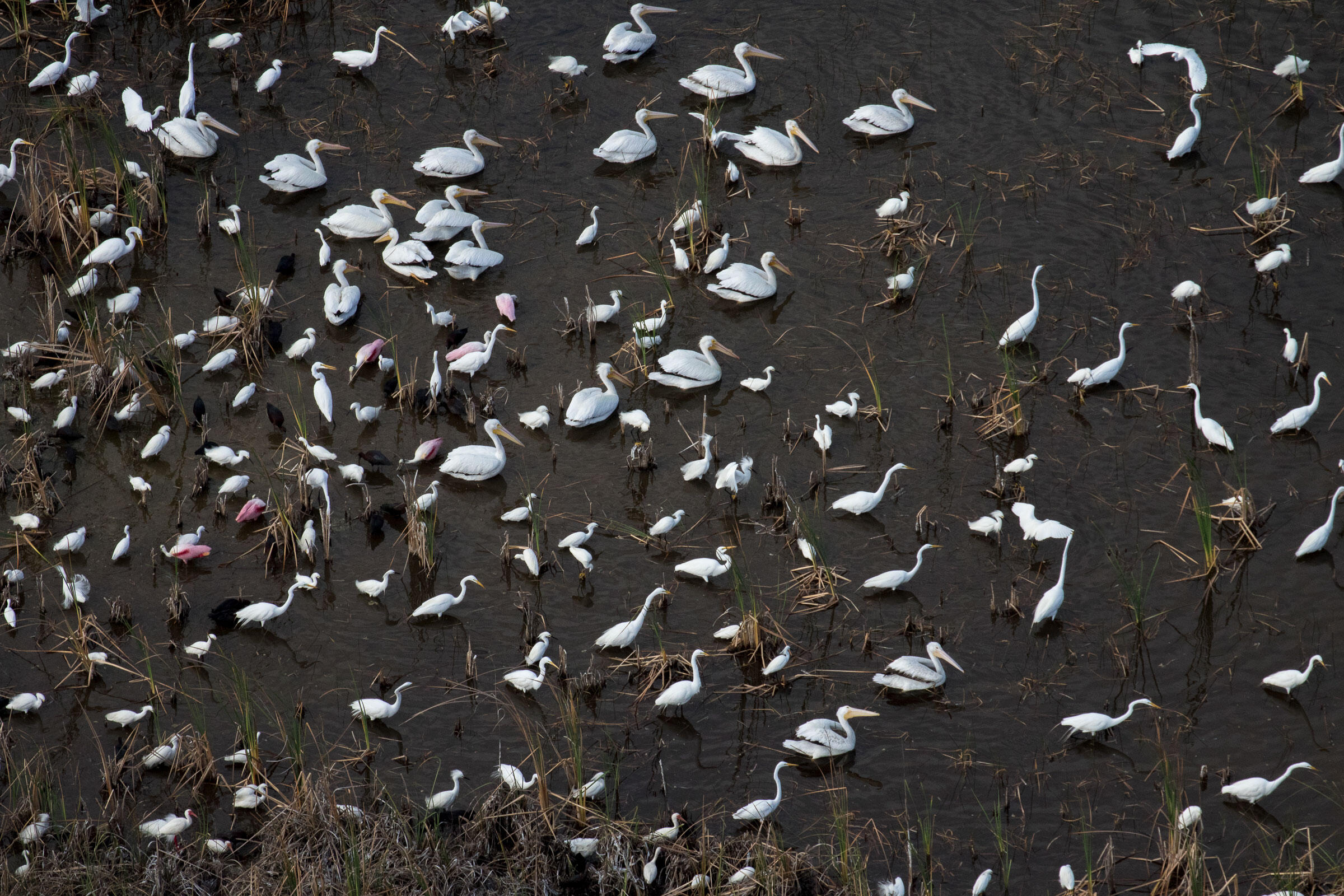 At least 18 percent of the country’s streams and 51 percent of its wetlands could be filled in or polluted under the plan, according to documents obtained by E&E News. These include desert arroyos that are home to Bell’s Vireo—a songbird endangered in California—and certain wetland types, such as the prairie potholes of the northern Great Plains and pocosins of the Carolinas, which support Snow Geese, Northern Pintails, and a host of other waterfowl.

The areas losing protection under the draft rule include some of the nation’s most important habitat for vulnerable birds, says Julie Hill-Gabriel, vice president for water conservation at the National Audubon Society. The federally endangered Southwest Willow Flycatcher, for example, nests and forages in the shrubby corridors that line ephemeral desert streams. Just this year, EPA and agriculture department scientists found that such ephemeral streams, together with intermittent streams, which flow for part of the year, make up the overwhelming majority of stream miles and "are critical to the health and stability of arid and semiarid watersheds and ecosystems,” they wrote.

“If we’re now making it easier to fill in or somehow develop some of those ephemeral streams,” Hill-Gabriel says, “that could be just one more thing making it more difficult for [birds] to find a source of the water and food and rest that they need.”

Prairie potholes—glacial wetlands known as “America’s duck factory”—would also lose protection. These grassland depressions support more than half the country’s migratory waterfowl, and the majority of them have already been altered or destroyed, according to the EPA.

And in Florida, the rollback threatens another type of wetland that’s crucial for sustaining fragile populations of wading birds in the Everglades, which have lost 90 percent of their historic numbers. At Audubon’s Corkscrew Swamp, for example, some shallow wetlands hold water for only a few months a year. Those wet periods are crucial for wading birds like Wood Storks and Roseate Spoonbills, which catch small fish trapped in the receding ponds to feed their young and fuel up for migration. Since those wetlands are dry most of the year, they’re easy to fill and are therefore popular targets for development, Hill-Gabriel says. “We’ve already lost them at a disproportionate rate, we’ve seen the impact on the birds, and now this could facilitate that happening even more,” she says. 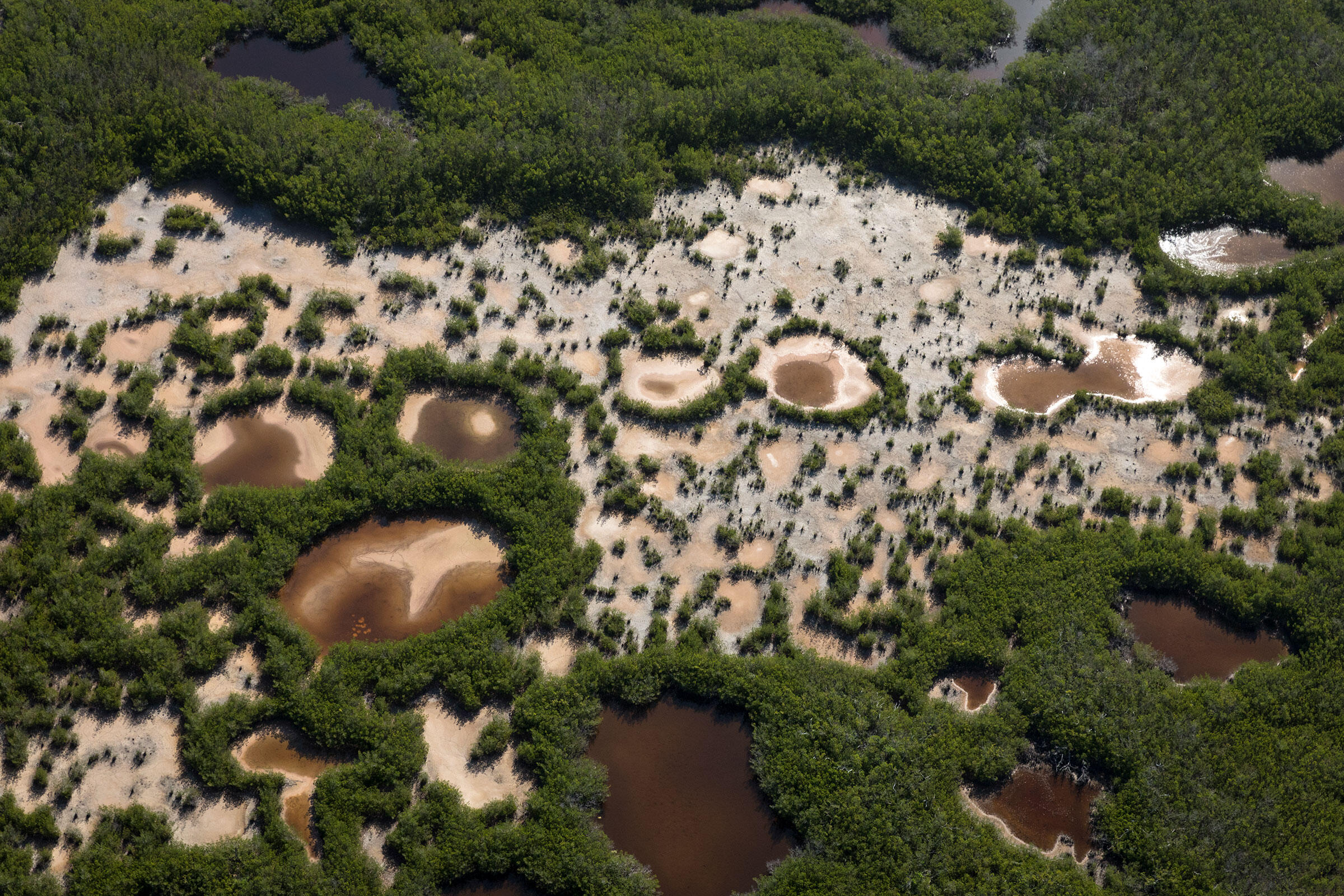 The EPA’s new proposal stands in stark contrast to the reading of the act put out by the Obama administration, which protected an expansive set of waterways and wetlands. Officials backed up that reading of the law with what the EPA called “ample evidence” that many wetlands and intermittent streams serve important functions that “affect the integrity of downstream waters.”

Farm groups blasted the Obama rule, saying it failed to provide promised clarity and instead left growers open to legal action if they touched any puddle or ditch on their property. Some of those claims were disingenuous; the rule explicitly exempted puddles, certain ditches, and other bodies. “But there is a reality to the fear that a broader definition would trigger regulation more often, and that farmers then would have to pay people like me or other consultants to help them through that,” says John Kolanz, a Colorado attorney who works on permitting issues.

Calling the rule a government power grab, Scott Pruitt, as Oklahoma’s attorney general, helped lead a lawsuit against the regulations. Then, as Trump’s EPA administrator, he appeared in a video spreading the false talking point that Obama’s rule would regulate puddles. Soon after taking office, President Trump issued an executive order directing the EPA and Army Corps to withdraw and revise the rule.

If the Trump administration issues a final rule that hews closely to Tuesday’s draft, it will do so in disregard of the government’s own findings, says Bob Irvin, president and CEO of the nonprofit group American Rivers. “This rule would eviscerate any effort to look at the ecological connections between bodies of water and navigable rivers,” Irvin says. “Any time you reduce the protection for both wetlands and tributary streams, you are necessarily going to impair the health of rivers and freshwater ecosystems.”

The new proposal is certain to be challenged in court. Irvin, an environmental attorney, says there’s a strong case to be made that it is “arbitrary and capricious,” putting it in violation of the Administrative Procedures Act. “While an administration is free to change policy from the previous administration, it has to show a rational basis for doing so,” he says. “Ignoring the science is not rational.”

Audubon is a nonprofit, and stories like this are made possible by your generosity. You can support our journalism by making a donation today.