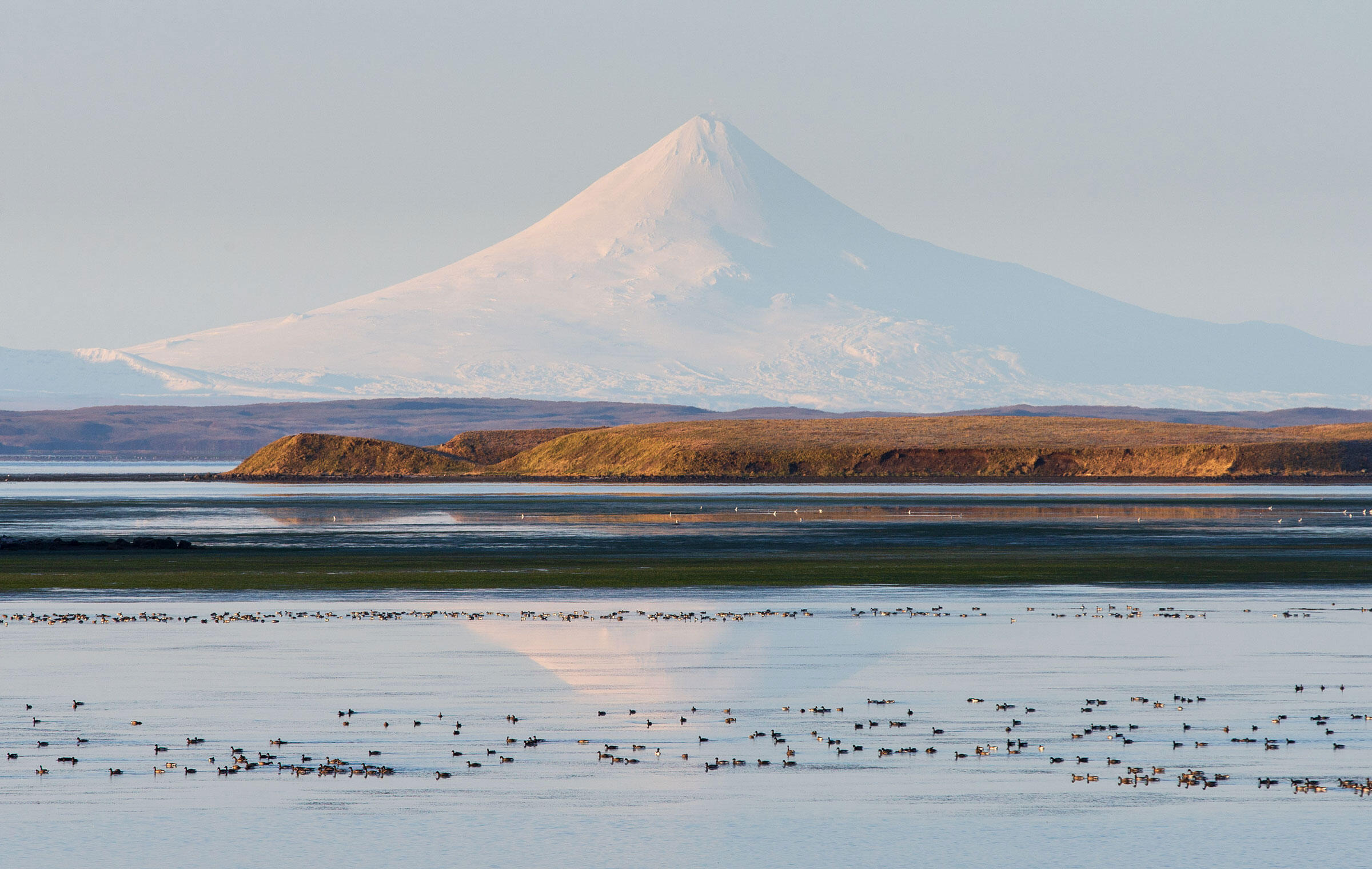 In abandoning a legal challenge on Monday, the Trump administration signaled retreat from the latest battle in a long-running fight over a proposed road through Alaska’s Izembek National Wildlife Refuge. It’s a significant victory for conservation groups, including the National Audubon Society, which say the road would devastate wetlands and wilderness that provide vital habitat for millions of migrating shorebirds and waterfowl.

The refuge, most of which is designated wilderness, lies along the Bering Sea shore on the western Alaska Peninsula. When the U.S. Department of the Interior first protected Izembek in 1960, the department noted the area’s importance for grizzly bears, caribou, and salmon, calling it “the most important concentration point for waterfowl in Alaska.”

Izembek is particularly important for Pacific Black Brant; some 98 percent of those small geese spend part of the year there, slurping up the world’s biggest beds of eelgrass, their dietary staple. The area also supports about half the world’s Emperor Geese and a substantial percentage of the threatened Steller’s Eider population. The proposed road would run along a tundra-covered isthmus between the Izembek and Kinzarof lagoons, which “provides invaluable and potentially irreplaceable nesting and feeding areas for thousands of waterfowl and shorebirds, with essential wintering areas for many of these birds,” according to the U.S. Fish and Wildlife Service.

The proposed road would run through “invaluable and potentially irreplaceable nesting and feeding areas for thousands of waterfowl and shorebirds.”

Town leaders in King Cove, Alaska, and their supporters in Washington DC have called for the 12-mile road since at least the 1980s. The remote fishing village is accessible only by air or sea, and proponents of the road argue that it’s needed to connect King Cove to a regional airport during bad weather. Without that connection, they say, the town’s Aleut Native and other residents lack reliable access to emergency medical care.

That was the justification for a land-exchange agreement that then-Interior Secretary Ryan Zinke signed in January, 2018, with the King Cove Corporation, one of more than 200 corporations set up in the 1970s to help Alaska Natives benefit from the resources around them. Under that deal, the federal government would give King Cove up to 500 acres of refuge land to build the road in exchange for equivalent tribal land.

Days after Zinke signed the agreement, a coalition of conservation groups, including Audubon, sued the department. Former Interior Secretary Sally Jewell had already determined in 2013 that the road “would lead to significant degradation of irreplaceable ecological resources,” they noted, and Zinke hadn’t provided justification to overturn that decision. A federal district court judge agreed. The Trump administration challenged the decision, but dropped that appeal on Monday. The Interior Department did not respond to a request for comment.

Natalie Dawson, executive director of Audubon Alaska, said the administration’s decision to drop the appeal is a win for the rule of law. “Common ground exists between preserving this rich ecosystem and meeting the needs of rural Alaskans,” she said in an email. “But, this can only be accomplished with an open and honest process. The land exchange agreement was signed in the dead of night, without public input, and without the proper analysis required by law.”

The administration’s pullback, while cause for celebration in environmental circles, might not be the end of the fight. Although Alaska's congressional delegation has been thwarted by a lack of votes or shot down by Interior in its earlier attempts to get the road built, they may try again. The Trump Interior Department, meanwhile, could be preparing to take a different tack, said Bridget Psarianos, a staff attorney with Trustees for Alaska, which represented the environmental coalition in the lawsuit.

“Dropping this appeal is likely not the end of Interior's attempts to allow a road through the Izembek Refuge,” Psarianos said in an emailed statement. “We cannot speculate as to what Interior will do next. But we will keep a close eye on any new actions to exchange these priceless lands, and will fight back with all the legal tools we have available.”

One of Alaska's remotest refuges is home to a rich array of wildlife and habitats. It soon could also see its first road.