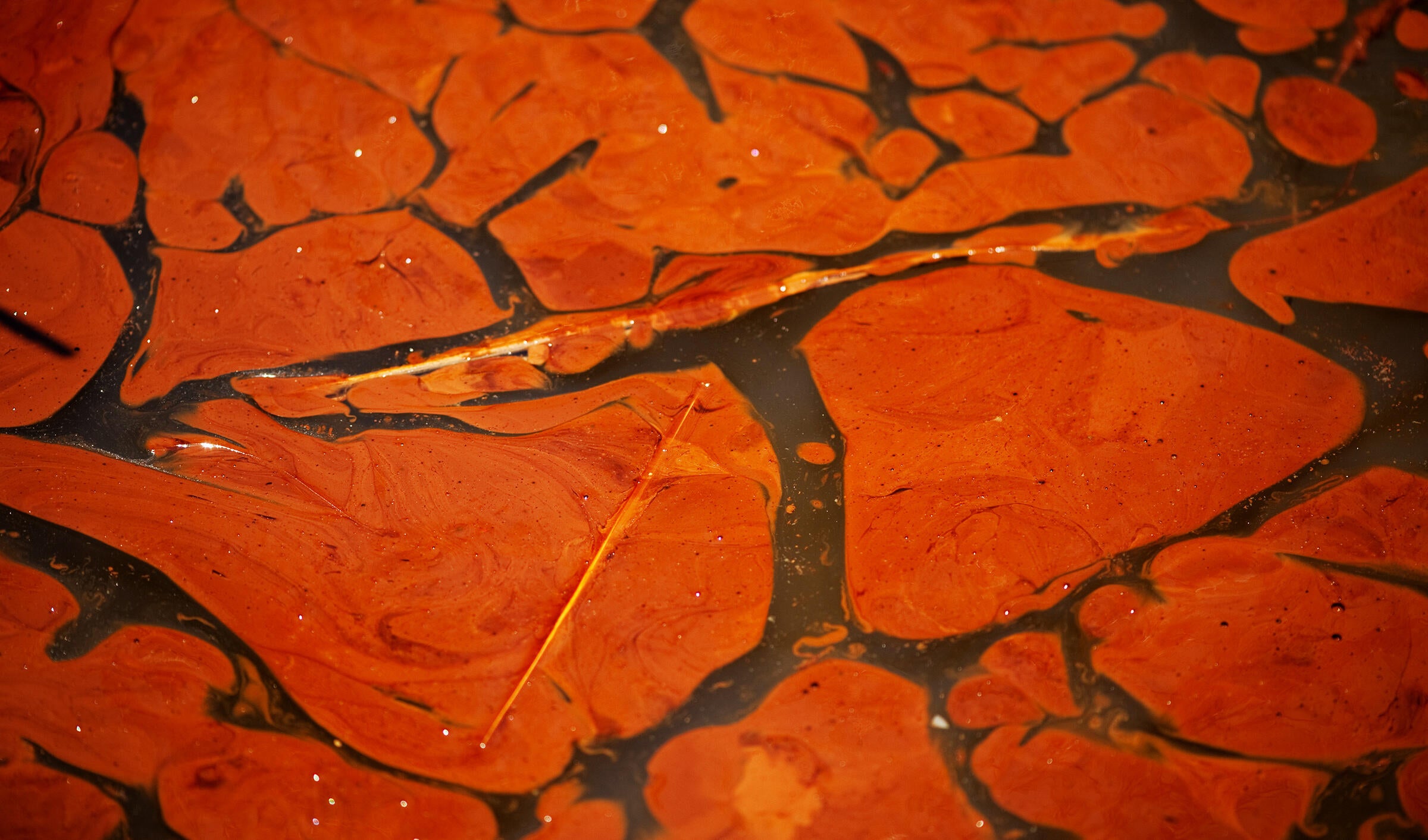 Oil floats in the marshes of Plaquemines Parish, Louisiana in May 2010 after the Deepwater Horizon oil spill. Photo: Kim Hubbard/Audubon

The new creation may make sucking up the toxic substance safer for the environment.

Time is of the essence in the wake of an oil spill. The faster the toxic mess can be cleaned up, the less severe the impacts on animals, the environment, and local livelihoods.

But the methods for reducing the ill effects of that noxious sludge leave plenty to be desired. Currently, most cleanup methods are chemical—either dispersants, which break oil up, or herders, which gather it for easier cleanup. These chemicals’ effect on marine life is poorly understood: The most effective commercial herders available contain long chains of silicone molecules that break down slowly, so they get the oil out, but leave behind tiny silicone threads that don’t degrade quickly. Dispersants aren’t much better—researchers found that Corexit, the dispersant used to clean up the BP spill, impeded the respiration of humans and wildlife who came into contact with it.

“The oil spill is bad enough. We don’t want to make matters worse by adding something to the marine environment that is also harmful,” says Charles Maldarelli, a professor of chemical engineering at the City College of New York. “We want to use something that won’t stick around.”

With that in mind, Maldarelli and others turned to green chemistry, a relatively new approach that relies on molecules found in nature rather than ones synthesized in a lab. “Now that we’re much more aware of the damage some of those things might inflict on the environment, we want to look at natural molecules that give the same effectiveness but are designed to harmlessly break up,” Maldarelli says.

To design a herder with these properties, Maldarelli and his colleagues first examined the way that commercially available ones work. Herders—as their name implies—gather oil. Sprayed in a ring around a thin slick of oil, herders reduce the surface tension between the air and the sea, which allows the buoyant oil to clump at the top of the water so it can be burned or skimmed off the surface. Unlike dispersants, which work best in choppy waters or when oil is flowing from an underwater well, as in the BP oil spill, herders are most useful in calm seas, including ice-clogged waters. When applicable, they are also a greener and more economical solution, since they are sprayed only around the periphery of a spill and allow oil to be taken out of the environment entirely rather than just be broken up.

The researchers’ new eco-friendly herder is made primarily of phytol, a smaller molecule that naturally occurs in algae and can be found in trace amounts on the ocean surface. But on its own—even in large amounts—phytol isn’t active enough to produce the desired surface tension-lowering effect. So the researchers added a small, synthetic, highly polar and positively charged cation, which greatly increases the solution’s strength. Shortly after being applied to saltwater, the cation naturally separates from the phytol.

To test their creation in the lab, the team poured oil into pans of salt water and encircled the pollutant with either commercial herders or their newly minted natural one, then measured how quickly the oil retracted.

As they report in Science Advances, they found no difference between the products. “That’s what we got excited about,” Maldarelli says. “It worked as well, if not better, than the top performing synthetic herder.”

Maldarelli thinks the formula could be scaled up, producing enough eco-herder to apply the recommended 150 milligrams per square meter of oil, should a spill occur. Before pursuing commercialization, though, the team plans to take a closer look at the cation add-on, putting it through a thorough toxicity screening or possibly replace it altogether. “We’d like to go a step further, making something that’s composed of two natural products,” Maldarelli says.

Even after the formula is perfected, however, Maldarelli points out that, like all cleanup methods, even the best herder is no silver bullet. “Chemical herding can’t get everything, especially if the oil was released near the shore,” he says. “The best case scenario is vigilance against oil spills to begin with.”