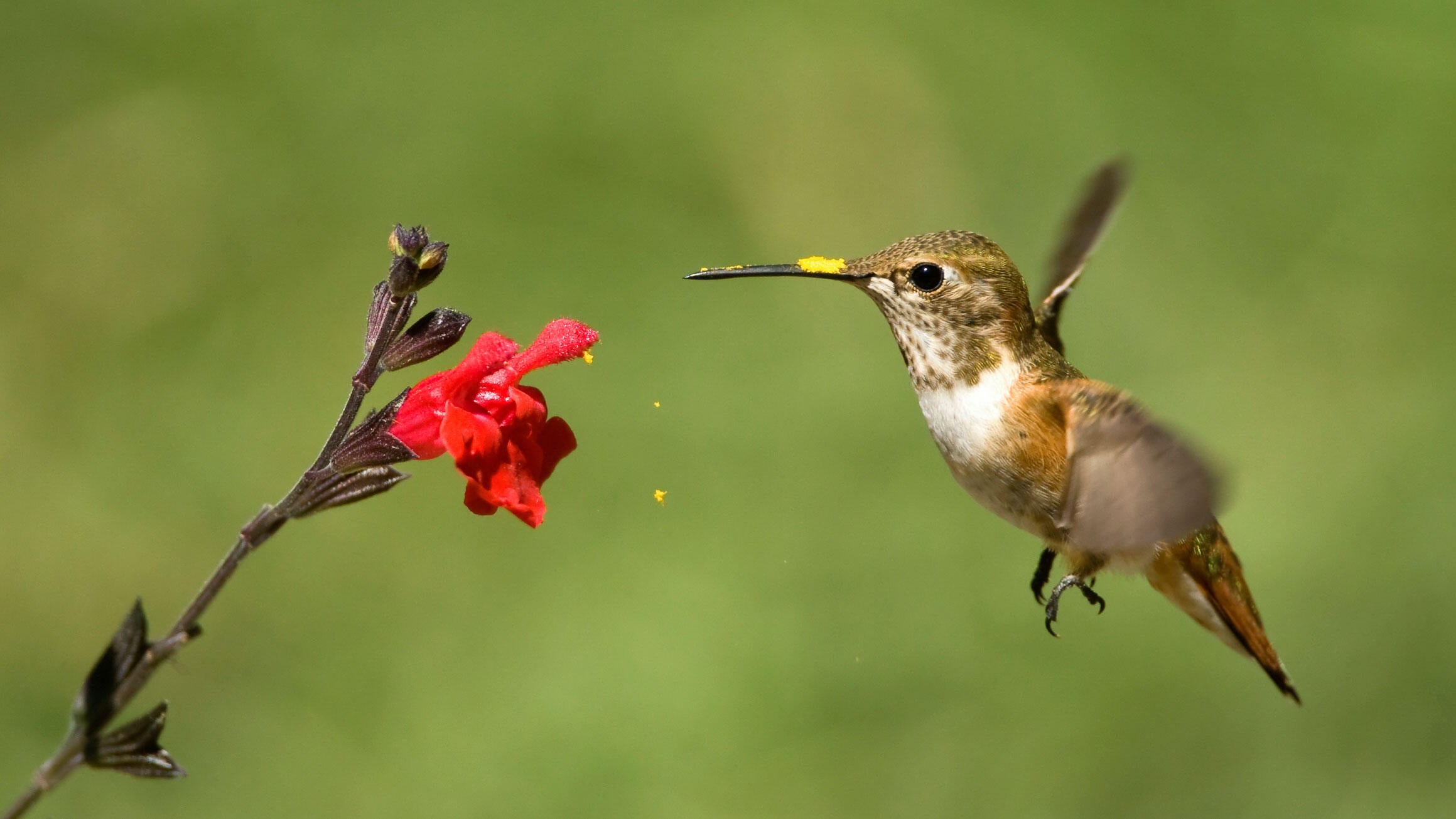 What Do the Birds and the Bees Have to Do With Global Food Supply?

A new report from the United Nations suggests that the loss of certain pollinating species could threaten the planet’s food supply.

Birds do a lot for us—beyond being easy on the eyes, their assistance in the pollination process helps ensure that we humans have enough food to eat. But more pollinating insects, birds, and other animals are going extinct today than ever before, according to a report released last week by the Intergovernmental Science-Policy Platform on Biodiversity and Ecosystem Services (IPBES), an international conservation task force. And without immediate action to protect those species, it warns, the global food supply could be decimated.

About 16.5 percent of bird and mammal pollinators (that includes bats, marsupials, monkeys, lemurs and rodents) are currently threatened with extinction, while more than 40 percent of pollinating insects—especially bees and butterflies—are similarly threatened, according to the task force of about 80 experts, which met in Kuala Lumpur, Malaysia, to release the report.

The Repercussions of Losing Pollinators

The loss of these creatures would have a reverberating effect on the Earth’s plant life—animals pollinate nearly 90 percent of the world’s plants and at least 75 percent of food crops, according to IPBES. Crops used for biofuels, fibers, craft and construction materials, medicine, and livestock feed are also dependent on pollinators to successfully reproduce.

“To maintain the wide variety of foods we need to stay healthy, we need pollinators,” says Ann Bartuska, deputy chief for research at the USDA Forest Service and an author of the IPBES study.

Some of the major causes of pollinator species losses include habitat loss, pesticide use, climate change and industrial agricultural practices—especially the planting of large-scale monocultures, says Dr. David Inouye, an author of the IPBES report and professor emeritus of biology at the University of Maryland.

While somber in its predictions, the researchers behind the IPBES report are hopeful it will compel people to help pollinators. Already, the Environmental Protection Agency and U.S. Department of Agriculture are working on a White House mandate to better protect the health of pollinators, including monitoring pollinator populations, restoring their natural habitat and protecting them from pesticides. Individuals can also help boost pollinator populations by planting flowers that attract pollinators and being cautious when using pesticides.

What Do Birds Have to Do With It?

“Bees are clearly the most important pollinators,” says Dr. Gretchen LeBuhn, an author of the IPBES report and professor of Ecology and Evolution at the University of California, Santa Barbara. “However, hummingbirds, orioles, and a variety of other flower-visiting birds do provide pollination service, although primarily to wildflowers.”

Worldwide, there are about 2,000 species of pollinating birds, according to the U.S. Forest Service, including honeycreepers, honeyeaters, sunbirds, and some parrots. The birds help fertilize plants in the same way as any other pollinator—by transferring pollen (via their bills) from one flower to another as they flit between plants feeding on nectar. Bird pollination mainly occurs in tropical regions, where they help pollinate a few food crops, including bananas, papaya and nutmeg.

There are no North American commercial crops that require birds for pollination—in this ecosystem birds primarily pollinate wildflowers. The decimation of these wildflower habitats, largely thanks to monoculture agriculture, has also hurt pollinating bird species.

“While we may not eat the wildflowers birds pollinate, those plants are important for the health of the global ecosystem as a whole,” says Dr. Eugenie Regan, senior principle consultant at The Biodiversity Consultancy, a UK-based environmental risk-assessment firm. Regan is lead author of a different study on pollinating species populations, published last year.

What’s more, it turns out IPBES may have underestimated the number of birds and other pollinating species at risk of extinction.

“The members of IPBES are the best minds we have, but the data they’ve used was already quite old by the time they made their assessment,” says Regan. “The situation for birds could be much worse—but that’s all the more reason to start protecting them, and other pollinators, now.”