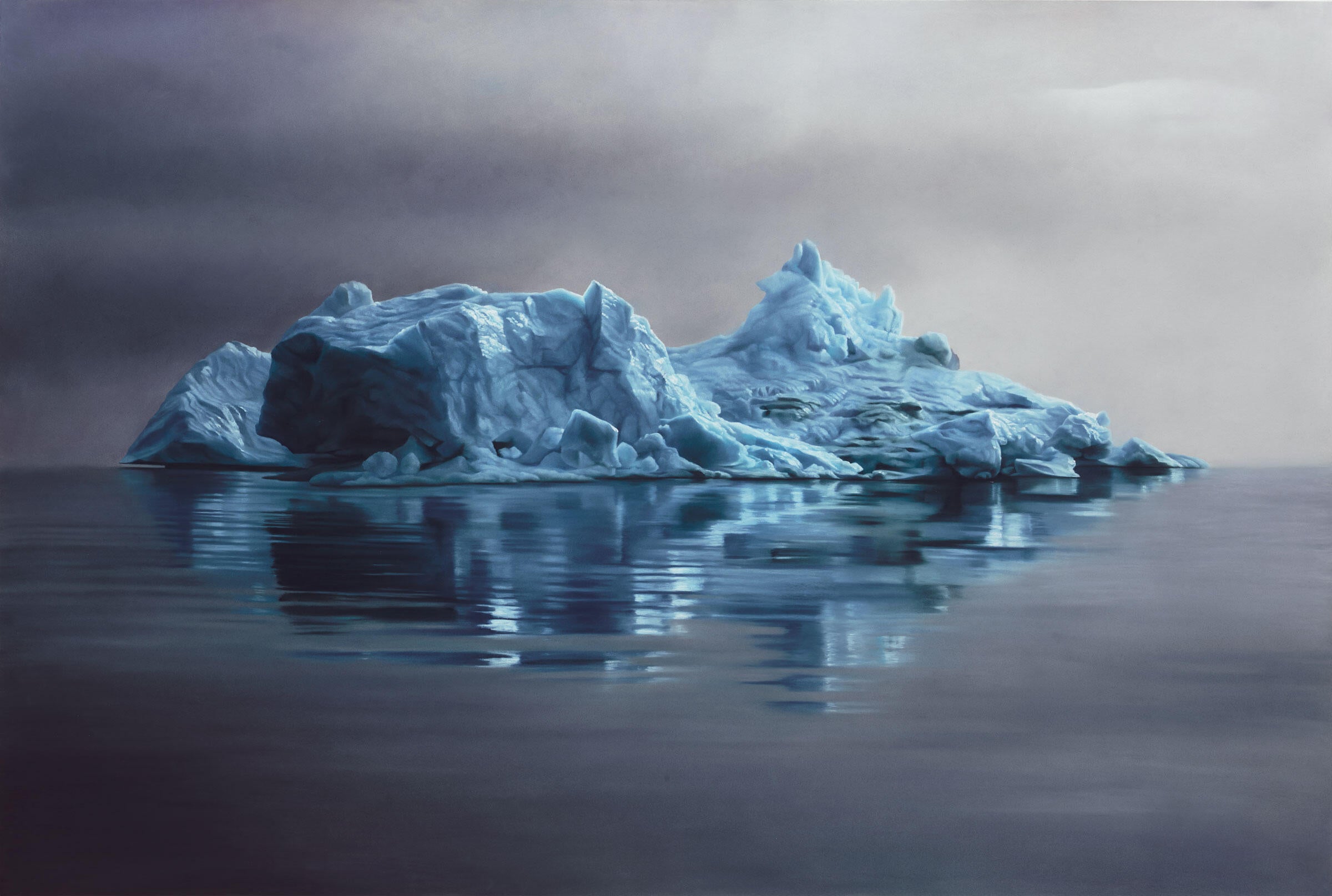 Melting icebergs are one of the most-visible harbingers of climate change. Greenland #62, 47"X70", Soft Pastel on paper, 2013. Painting: Courtesy of the artist Zaria Forman

What Faith Groups Are Doing To Fight Climate Change

People of different denominations are taking action on the personal, political, and international level. Read their stories here.

This is one story in a three-part series on the intersection of faith and climate change. Read about an Illinois environmental group working with congregations of many faiths and how faith shapes the work of several Audubon staff members.

For the next nine days, religious communities across the United States are joining in Faith Climate Action Week—organized by Interfaith Power & Light—by hosting sermons, film screenings, talks, and hands-on actions around climate change. Beyond these special events, a number of faith-based organizations have been working to meet this global crisis head-on. To these environmental champions and advocates, taking action is not a choice; it is a spiritual obligation.

The Coalition on the Environment and Jewish Life

The Coalition on the Environment and Jewish Life hopes to expand the contemporary understanding of Jewish values in order to protect the Earth. “We believe that people are in partnership with God in caring for the world,” says Jared Feldman, who has been the administrator of the group for two and half years. “We have a moral imperative to take action.”

COEJL formed in 1993, a year after Al Gore and Carl Sagan invited prominent rabbis and Jewish leaders to a summit in Washington, D.C., with a goal of establishing a stronger faith voice on environmental issues. Now, with over 17 national member organizations and about 125 affiliates in the U.S., COEJL tackles issues that include climate policy, fossil fuels, and energy security.

In 2012, COEJL launched a Jewish Energy Covenant Campaign encouraging synagogues and Jewish community organizations to reduce their energy use by 14 percent by 2014. COEJL also advocates for federal and international policies to cut greenhouse gas emissions, as well as asking its members to take personal steps to reduce their carbon footprint.

The seventh Sikh guru, Har Rai, created a city of gardens 300 years ago. Dozens of gardens, filled with trees, plants and herbs served as sanctuaries for animals in need of protection. Sikhs from South Asia and North America have set out to follow his example.

In 2011, the group they formed, called EcoSikh, established Sikh Environment Day in the guru’s honor. The annual event includes tree planting, solar panel installations, and workshops on gardening. Last year more than 2,000 temples (also known as gurdwaras), organizations, and schools participated throughout the Sikh diaspora. In 2012, EcoSikh helped launch a project to make the holy city of Amritsar, India, greener by creating gardens and converting wastelands to parks.

“Our famous code from the Japji Sahib means ‘air is our guru, water is our father, and earth is the great mother of all,’” says Ravneet Singh, project manager for EcoSikh. “We used this code when creating an action plan that will help in combating the climate change issues today.”

This past fall, EcoSikh presented the group’s 10-year Sikh Environmental Action Plan at a UN meeting, outlining the creation of international projects such as training programs for youth and preachers, organic farming initiatives, and continued sustainability efforts in Amritsar and Pakistan. “Everywhere is a temple of God,” says Singh, “so one cannot be wasteful in terms of food, water, fuel, [or] electricity.”

Using direct but peaceable actions, Quakers denounced slavery during the abolition movement and then sailed with medical supplies to Vietnam during the war. Now the religious society is taking on another major societal issue: climate change.

In 2010, members of the Earth Quaker Action Team staged a non-violent demonstration in the lobby of PNC Bank’s corporate building in Washington, D.C, protesting the bank’s financing of mountaintop-removal mining in Appalachia. Dozens of Quakers wearing green shirts held hands in a circle around a pile of coal waste they had emptied on the floor. Some were subsequently handcuffed and escorted to police cars.

Five years later, EQAT successfully convinced PNC to divest their support of mountaintop removal. Lee McClenon, 23, had been involved in the campaign. “I felt like I had a moral imperative to do something about environmental injustice,” McClenon says. “I know people in Appalachia who are being poisoned; I know mothers who are scared to bathe their children in the water . . . I know people whose towns were destroyed.”

Today EQAT is challenging energy corporations to embrace solar rooftop power. “We, as Quakers, have a history of being change-makers,” McClenon says, “and now it is imperative that we move swiftly and be a powerful voice in our community.”

Every year, Reverend Lisa McDaniel-Hutchings visits the 13 Unitarian Universalist congregations and fellowships across Arizona to raise awareness about major issues that need to be addressed, including race and environmental degradation. In 2015, she focused her sermons on the issue of water conservation in the face of a changing climate.

McDaniel-Hutchings is the executive director of the Unitarian Universalist Justice Arizona Network, an organization formed in 2013 to unite the state’s Unitarian Universalists and give voice to their values in the legislature. “One of the main focuses of what we do at UUJAZ is to help Unitarian Universalists connect their faith and their justice work,” she says. The church’s core values include respect for the environment, justice, spiritual growth, acceptance, and equity. “If we are awake to what’s going on in the world, our faith calls on us to make a difference here and now.”

As she traveled, McDaniel-Hutchings challenged congregations to think about and reduce their water usage. The average person in the United States uses about 100 gallons of water per day, compared to 5 gallons a day in Africa, and she encouraged members to try carrying around two-gallon water jugs to become more conscious of their consumption.

To promote water conservation further, UUJAZ plans to partner with a nonprofit watershed-management group that specializes in gray-water harvesting and water-friendly landscaping.  Meanwhile, other congregations within the national Unitarian Universalist Association are also working on climate change issues through reducing energy use, investing in renewable power, and creating gardens.

You can read more from Interfaith Power & Light about other denominations speaking out on climate.