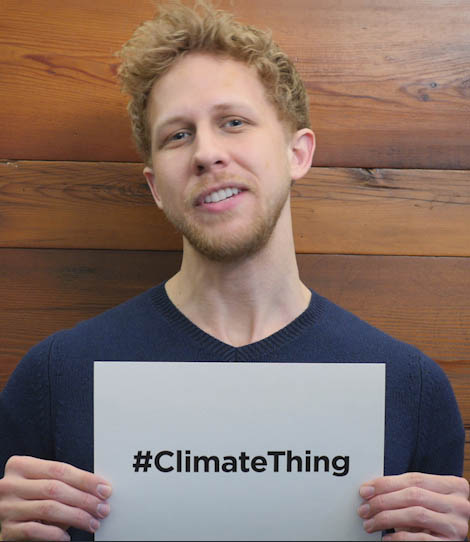 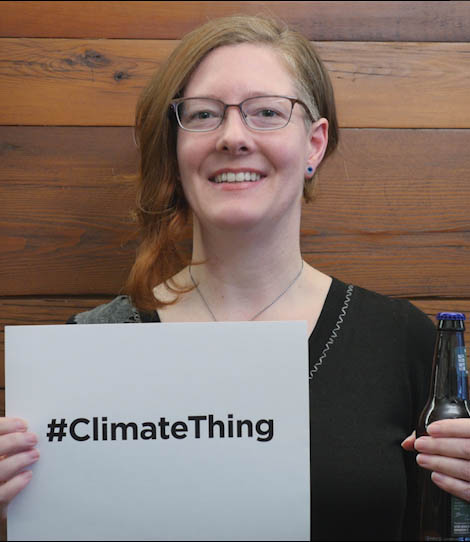 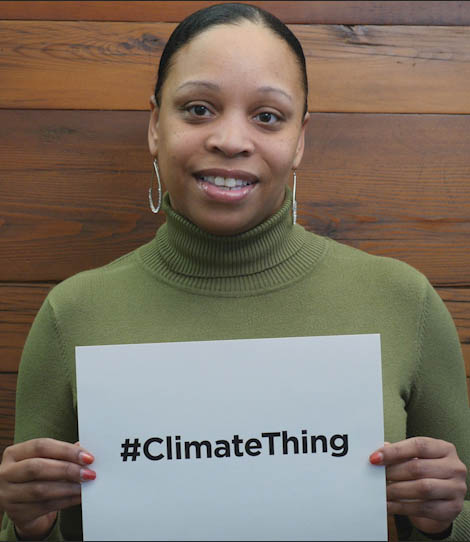 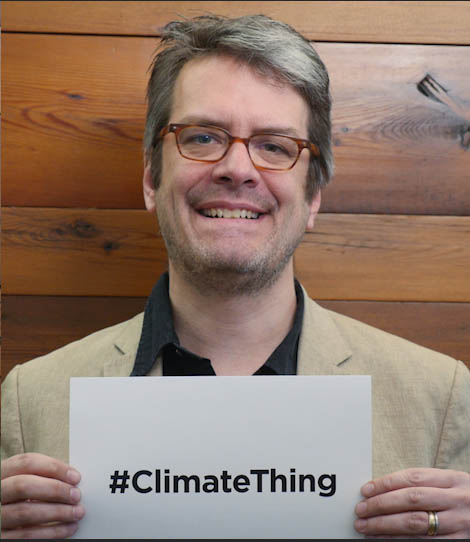 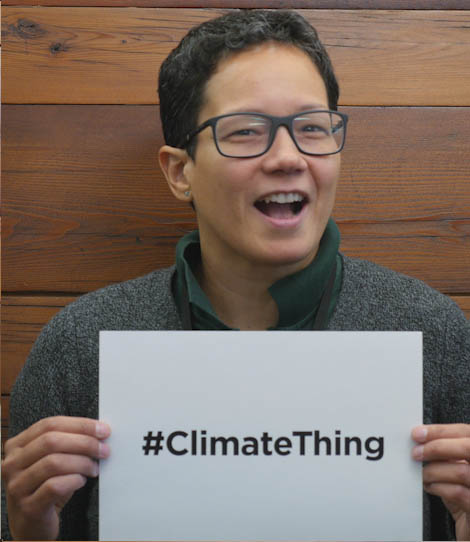 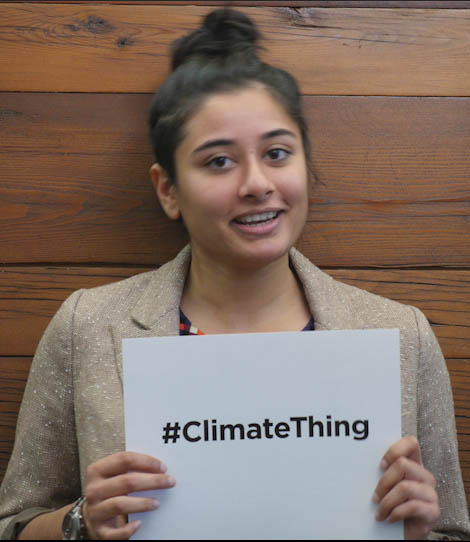 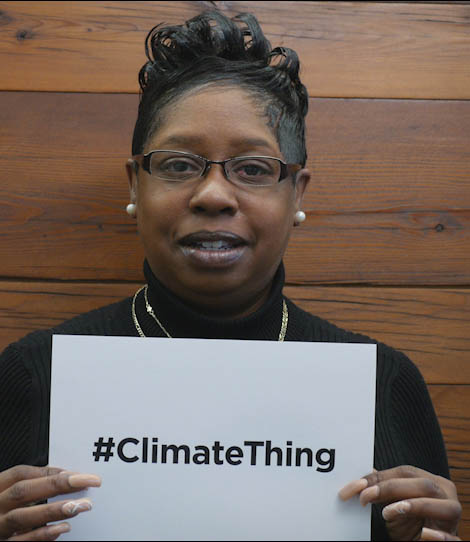 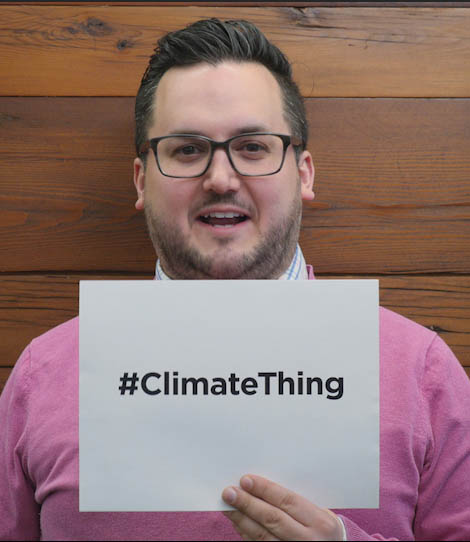 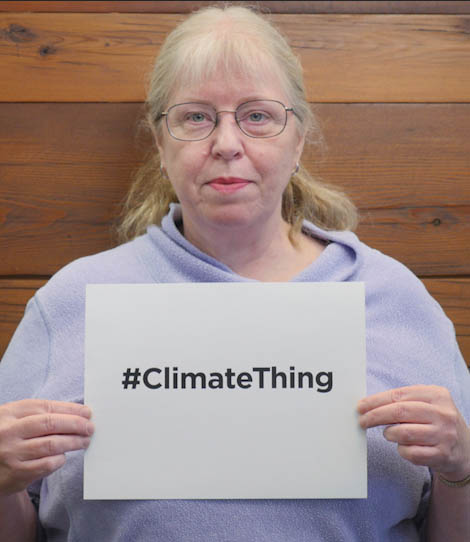 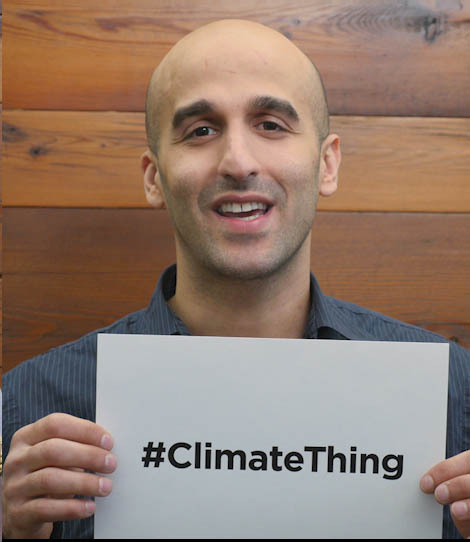 Roll over each photo to reveal each person's climate thing.

Let’s talk about the things that inspire us to make a difference.

In a brilliant post on Grist last week—Everybody needs a Climate Thing—David Roberts put forward a Big Idea. A “Climate Thing,” he wrote, is “that one angle at which climate has intersected with [your] interests and caught [your] attention.”

Climate change in the abstract can be confusing and overwhelming. But our Climate Things make it real because we experience them personally. Climate Things are tangible, and they inspire us to act. For many of us at Audubon, birds are our Climate Thing. We see them lingering farther north in the winter; we see them nesting in new places. Our science shows that nearly half of North America’s bird species are seriously threatened by climate change, and many could go extinct if global warming continues at its current pace. We and our members think that’s unacceptable, and we’re taking action.

So today, we’re launching a social media campaign: What is your #ClimateThing? We want to hear what matters to you and what you are doing about it. Tweet about it, write about it on Tumblr or Facebook, post a photo to Instagram or a video to Vine showing the world your #ClimateThing. Use the hashtag and celebrate what you love, what you’re fighting to save.

We asked a bunch of Audubon staffers to name their #ClimateThing, and here’s what happened:

What happens if each of us names, celebrates, and fights for our #ClimateThing? Maybe we break the cycle of cynicism and inaction that seems to take hold in the face of global warming. Maybe we won’t feel so alone and powerless. Maybe we’ll make real change.

David Roberts put it this way for Grist:

“That’s what a powerful social response to climate change would look like: as many people as possible working on their passions in a way that is oriented in the direction of climate mitigation or adaptation. … Everybody needs a Climate Thing, a close-by proxy through which they can express their climate concern in a way that has local effects and tangible rewards. It is these proxies, these rich anchors in our lived experience of nature and culture, that inspire us.”

Every day, we’re seeing the difference that having a #ClimateThing makes. Audubon members in Washington state visit their legislators to push for laws that protect birds of the Pacific Northwest. In North Carolina, we’re building nest boxes to help the climate-threatened Brown-headed Nuthatch and other birds. The massive migration of the Sandhill Crane has become a rallying point for conservation in a rapidly warming Great Plains ecosystem.

Celebrate what you love by putting your story on social media with the hashtag #ClimateThing.

Here are some of the best responses from Twitter so far:

Our children and future generations are our #ClimateThing. What's yours? @audubonsociety pic.twitter.com/jBkIjGIE0I

I want to travel to Antarctica with my son @henrysaurus. I’d like it to be there. What’s YOUR #ClimateThing? https://t.co/p6XEUe97hI

The health of migratory birds, such as Barn Swallows are my #ClimateThing pic.twitter.com/9ChfxYuZjx

What’s your #ClimateThing? Ours=good health. Join the conversation & share what you want to save from #climatechange: http://t.co/QbYynu6cEC

Air. Water. Food. All important things affected by climate change. What is your #climatething? pic.twitter.com/Aj9jZgx6g1