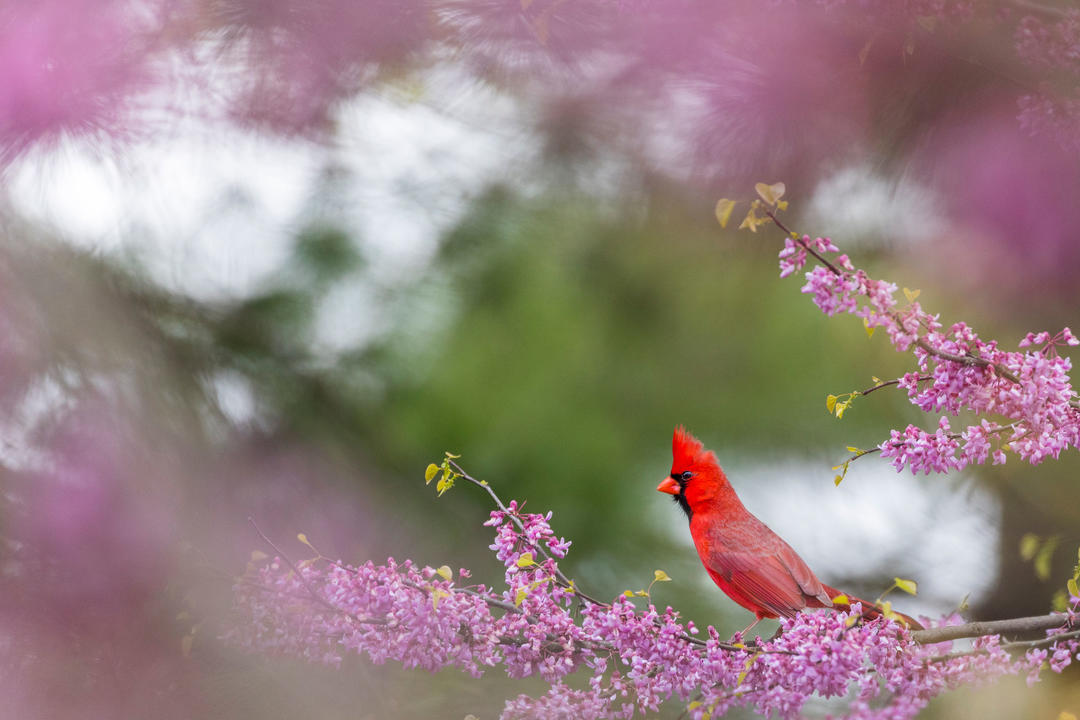 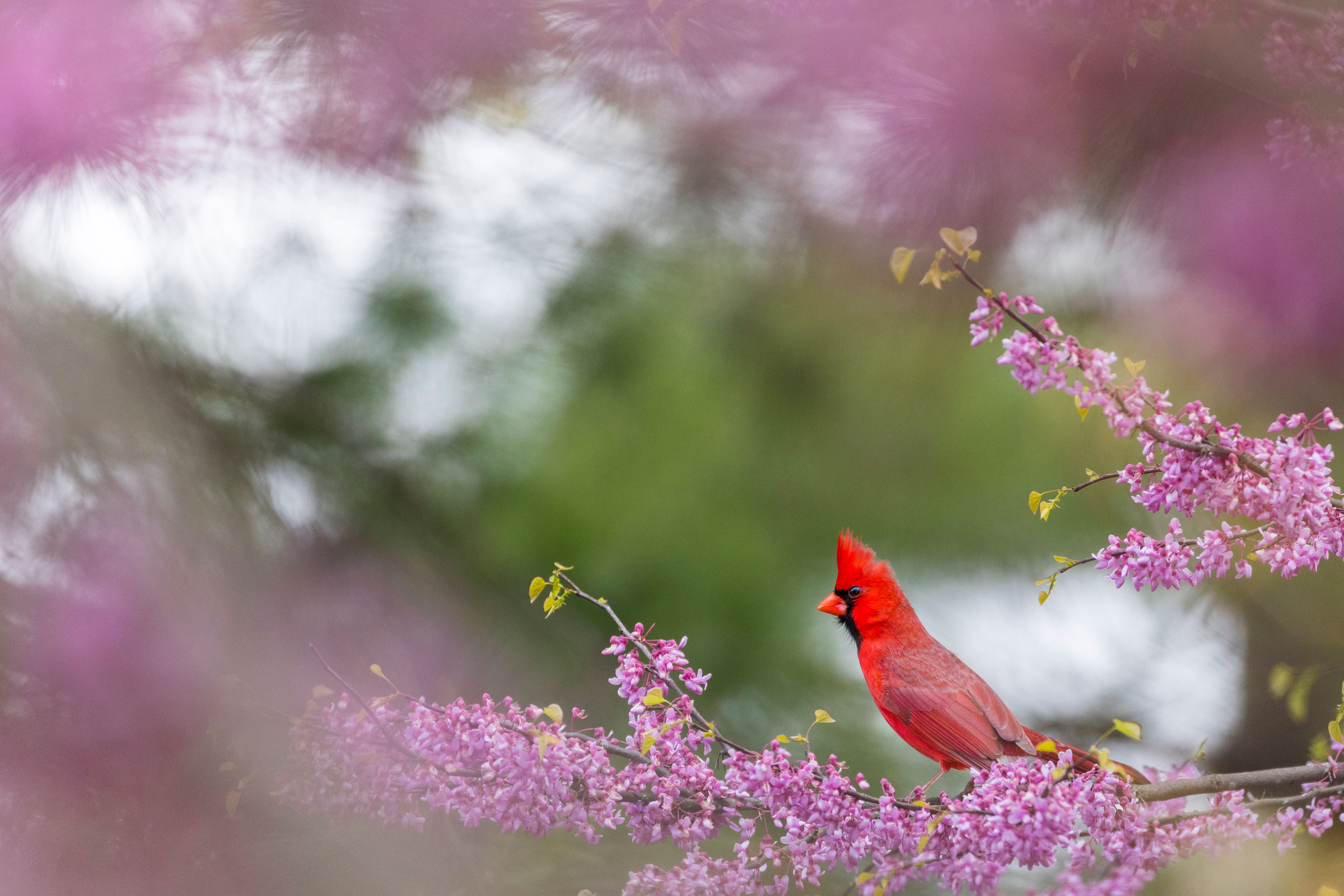 The COVID-19 pandemic has provided photographers all over the country with the opportunity to view nature through a new lens—one aimed intensively at their own homes. We asked three professional photographers to document the birdlife around them during their stay-at-home orders. Below is a gallery of each photographer's work, along with an accompanying personal essay describing their experience. We also put out an open call for reader submissions, and the response was overwhelming. You can find the gallery of our favorite 50 photos under "Your Shots." —The Editors 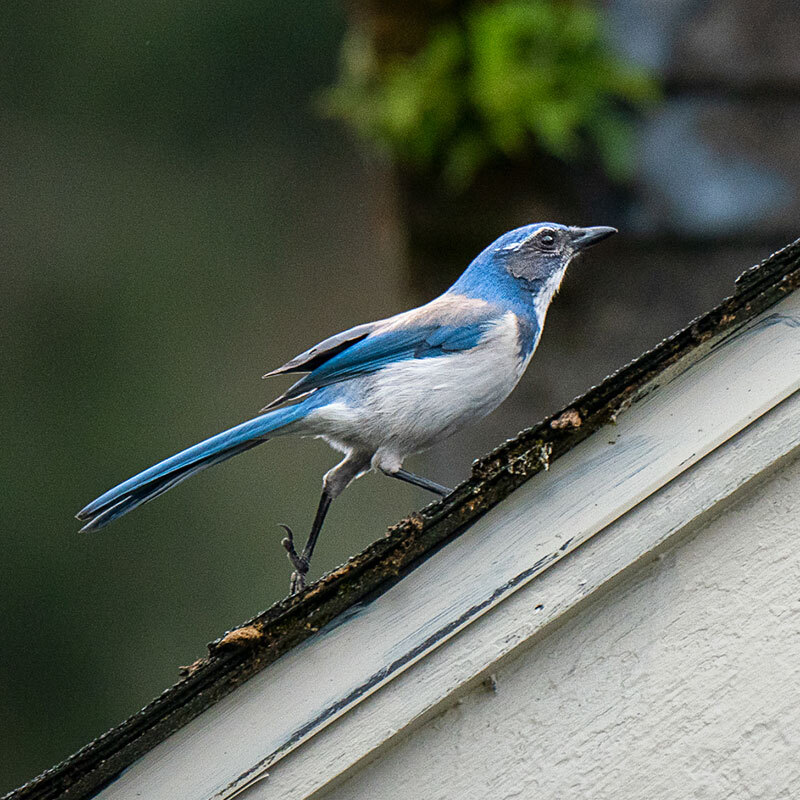 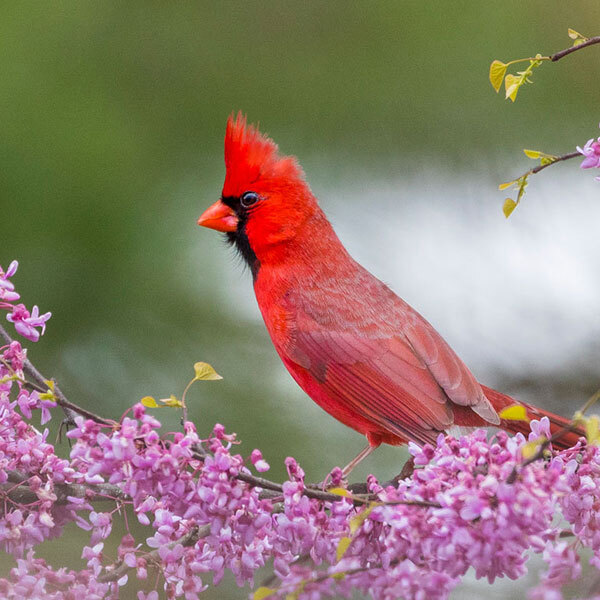 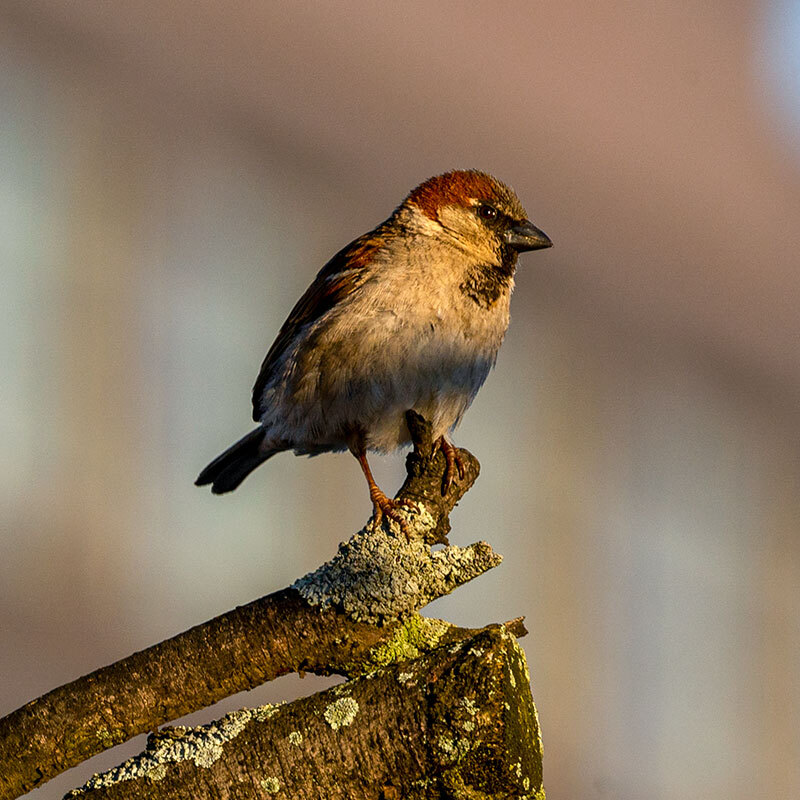 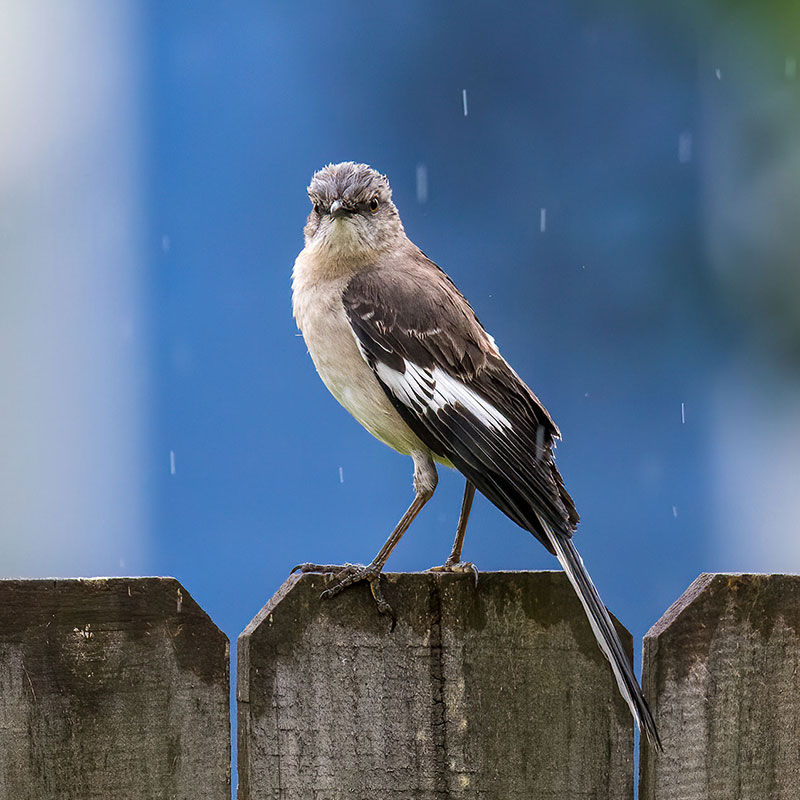 As a nature photographer, the months from March to May are often my busiest. Since I started documenting North American grassland grouse close to 20 years ago, I spend most of spring traveling to places like the high, rugged terrain of southern Idaho, the hot and humid coastal plains of Texas, or the rolling sandhills in Nebraska. Greater Sage-Grouse, Sharp-tailed Grouse, and prairie-chickens are elusive birds most of the year, but during this time, males gather on a lek and perform elaborate courtship displays to attract females. This year I planned to teach workshops in Wyoming and Nebraska, in addition to several shoots. Then COVID-19 happened.

Like most people during this difficult time, I canceled all of my big plans. I felt lost and left wondering what to do next and knew I had to think locally. Luckily my family and I had been unintentionally preparing for this moment. For the last several years, we have been working to turn our yard to a native plant garden to provide habitat for birds, bees, and butterflies. I never imagined this effort would benefit my professional work directly. The payoff this year has been invaluable. 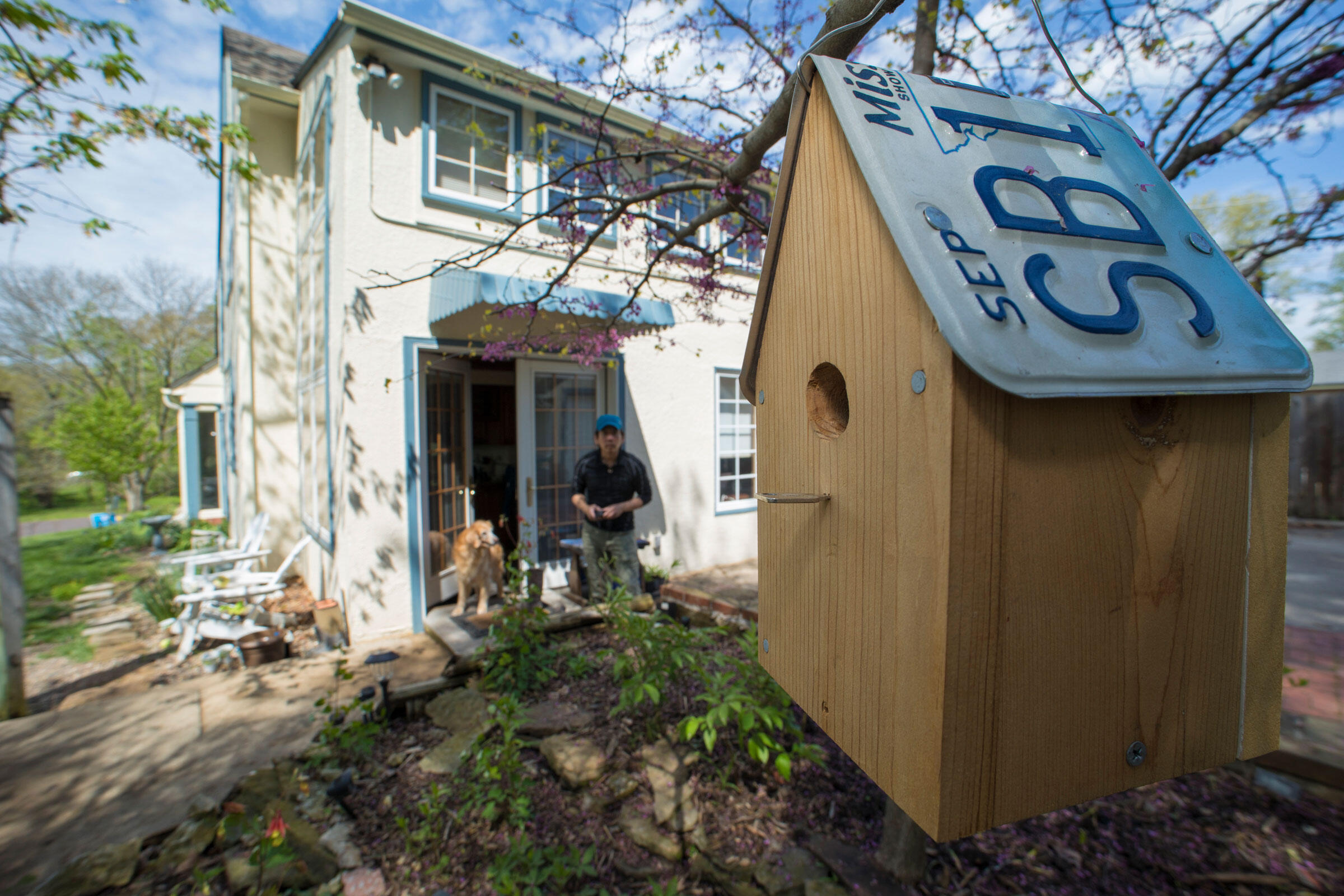 Beginning in 2018, we planted more than 35 species of nectar flowers and host plants for butterflies and insects, such as milkweed, spicebush, pipevine, pawpaw, and tulip poplar tree. Most people don’t realize that butterflies lay eggs exclusively on specific host plants. Planting the right species not only attracts butterflies to my garden, but also increases the chance of their survival against many challenges. Last year, after we landscaped with native flowers, one of my neighbors proclaimed that she had never seen so many butterflies in our neighborhood. We also placed several nest boxes for different bird species, a couple of bird feeders, and bird baths for them to drink during the day.

During the three weeks that I worked on this photo project, I often rose before dawn just to observe my backyard, then spent several hours in early morning and late evening photographing its wildlife. Because most birds were comfortable in my yard and saw no threat from me, they would go about their business of eating and taking a bath, as I sat quietly with my long lens in a shady area. I occasionally used a photo blind when I wanted to capture some natural behaviors, especially of nesting birds. By the end of the project, I had counted more than 30 species of birds visiting regularly, including a rare bird in central Missouri, the Bewick’s Wren, which I only realized during the photo editing process because of its similarity to a Carolina Wren.

I was remembering how to be patient.

In normal times, I typically work on various subjects and projects and capture millions of images every year. But with this project, I challenged myself to limit my focus on a few small subjects and capture them in new ways. For instance, I tried numerous different ways to photograph the same patch of columbine, a perennial plant that blooms in spring. I began to notice how the light traveled through my yard and cast shade here and there, creating different dimensions to different objects.

Soon I truly and humbly realized how light fundamentally changes with each split second—something that my mentor, Jim Brandenburg, had explained in his inspirational book Chased by the Light. I could see how just a small touch of light—there one minute, and gone in the next—could reveal the essence of the subject, whether a small patch of flowers or a single bird. A friend once told me that most important thing photographers can invest is time. I was relearning that time was indeed the essence of photography. I was remembering how to be patient. 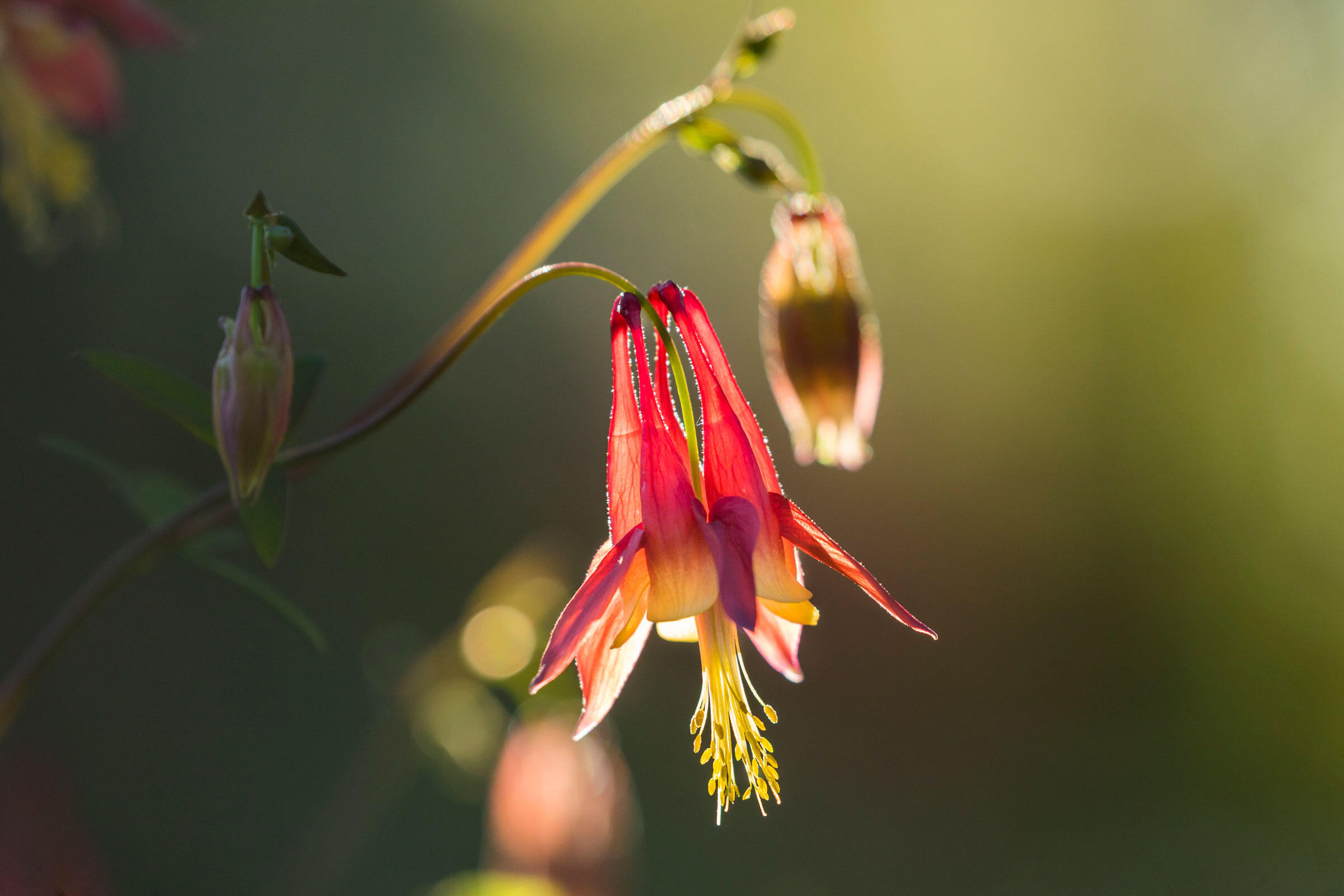 Occasionally, opportunities presented themselves on shorter notice. One morning I caught a glimpse of commotion in the street across from my house. A Blue Jay had pinned down a House Sparrow. I ran to grab my camera just in time to capture dynamic moments between the predator and the prey, which resulted in the Blue Jay carrying a lifeless House Sparrow to a tree branch and starting to eat it. In my many years as a professional photographer, I had never witnessed this behavior before. On another day, I spotted a six-spotted tiger beetle while sitting in my garden. While it isn’t rare, this emerald-green beetle is one of the fastest running insects in North America. Finding one in my yard brought a deep sense of pride and satisfaction. I had a short time to capture its images before it ran off.

This experience has taught me to see the beauty and charm that nature can offer in my own backyard, something I hadn’t realized before. Nature has a way of teaching us. It also has the incredible power of putting things in perspective. But we can’t force someone to care for nature; they have to appreciate it for themselves, whether from watching the sun rise over an ocean or listening to the songs of birds. In these months, I hope others can experience the smaller scale beauties and discover the wonderful creatures that coexist so closely with us.