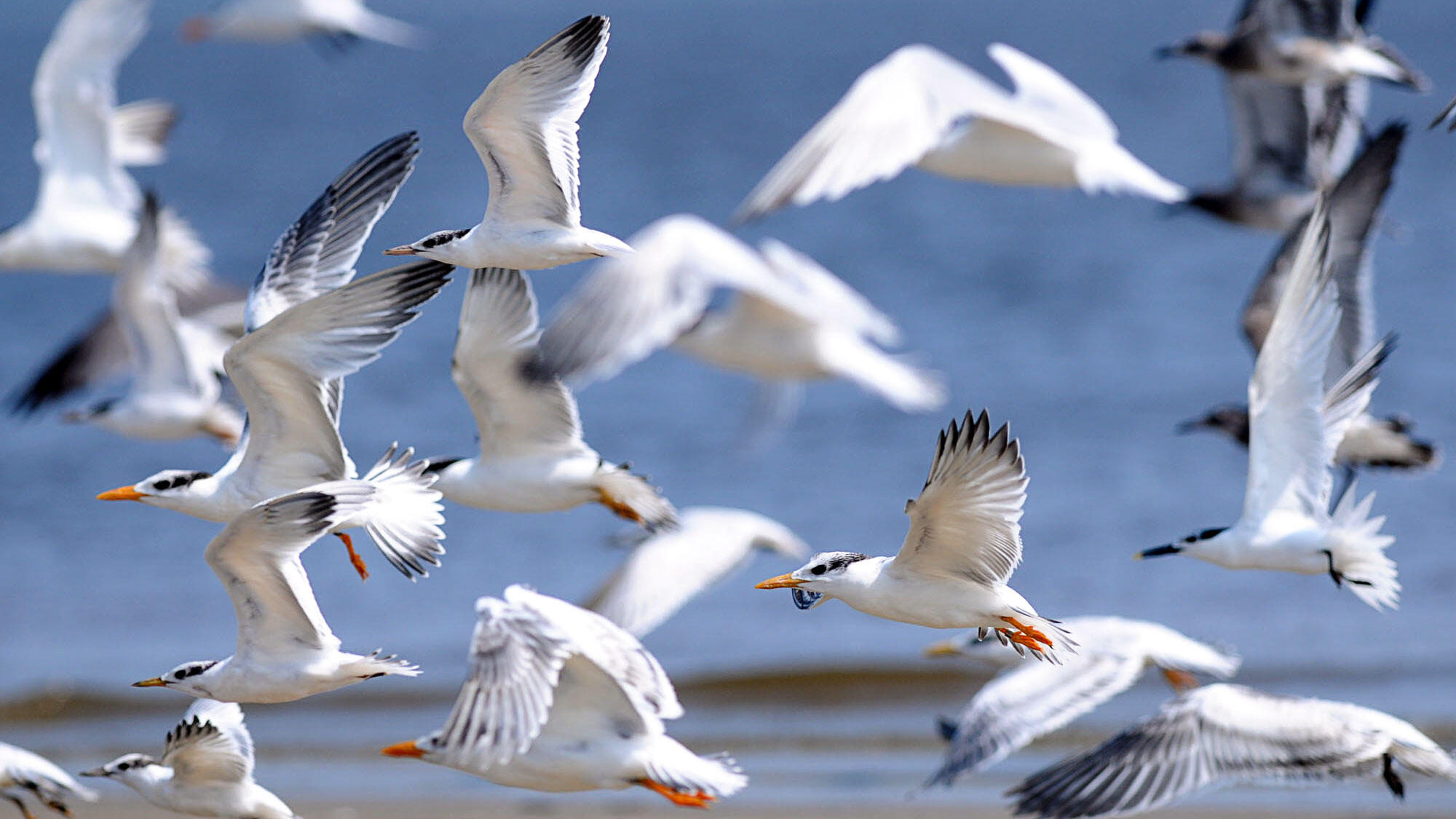 Seabirds gather where food is abundant—at the edge of North America’s continental shelf—where nutrient-rich waters nurture a wealth of squid and small fish.

Let’s go take a look. It’s a summer day off the coast of North Carolina. We set sail, east, over 75 feet of water. (Maybe we’ll see a handful of shearwaters—maybe not.) But it’s not long before the seafloor drops off more than 12,000 feet and things change. Seabird researcher, Tom Johnson, explains:

“Right at the greatest amount of slope of that seafloor there’s an area of upwelling and productivity [where the Gulf Stream current of warm tropical water coming out of the Gulf of Mexico overlays the continental shelf edge] and in that area, in a very small area, you can have very large flocks of shearwaters and storm-petrels, tropical terns that ride the Gulf Stream waters up from the south, boreal migrants like jaegers, meeting, perhaps, South Polar Skuas coming up from the Antarctic . . . seabirds that are coming from all corners of the Atlantic Ocean.”

“. . . To have the opportunity to wake up in the morning and be offshore in blue water that’s thousands of feet deep, out of sight of land and encountering birds that are flying alongside of each other but who hatched at different ends of the earth is an opportunity that….I just am overwhelmed by it. I feel incredibly fortunate to be out there sharing the ocean with these animals.”

Learn about Tom Johnson’s research on seabirds at birdnote.org.

Bird sounds provided by The Macaulay Library of Natural Sounds at the Cornell Lab of Ornithology, Ithaca, New York.  [12108] recorded by G. F. Budney. Waves from ship at sea recorded by Kessler Productions