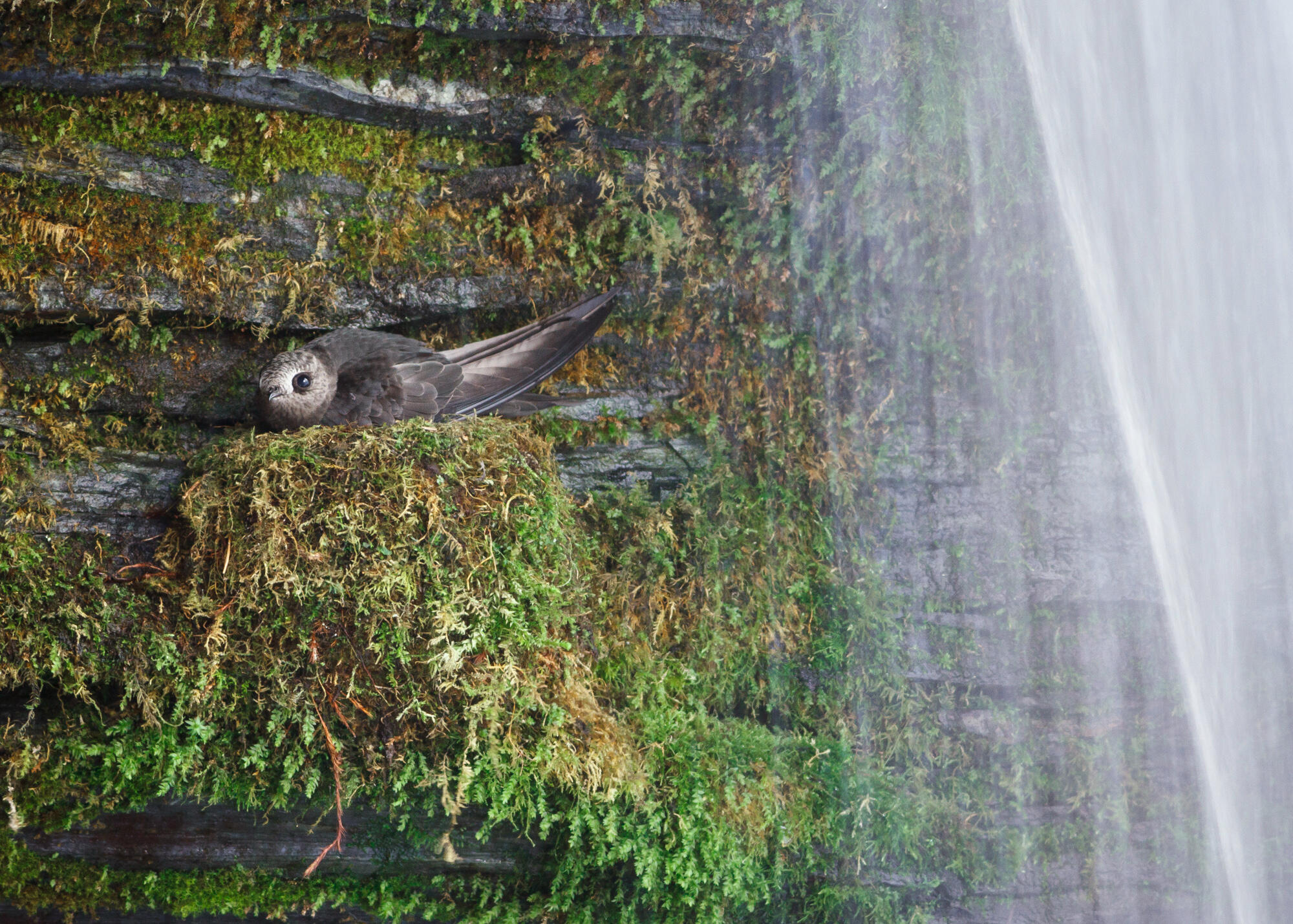 Most Black Swifts nest behind waterfalls, like this one in Shoshone County, Idaho. But it's easier to find them when they're out and about, flying to and from the home site, hunting for insects. Photo: Darren Clark

Where to Find the Rarest Swift in North America 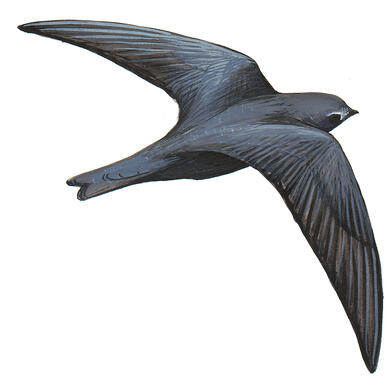 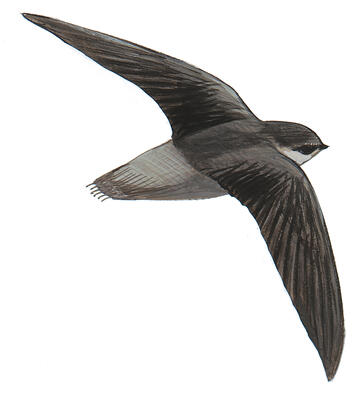 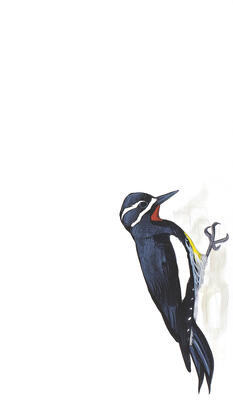 The number one thing you should know about Black Swifts is that pursuing them always leads to an adventure. You’re not guaranteed that when seeing most species—no birder ever regaled you with the thrilling story of the time they saw a House Sparrow—but as one of the most mysterious and difficult-to-find birds in North America, finding Black Swifts is never a snooze.

My first attempt to chase them involved hiking deep into and up a canyon in western Colorado. I was dripping sweat and breathing heavy when our party reached our destination: Hanging Lake, a crystal-blue, waterfall-fed oasis tucked into the canyon. The fact that there were no Black Swifts around was almost forgotten amidst the scenery. (My lifer Williamson’s Sapsucker and Band-tailed Pigeon took some of the sting out, too.)

Seeing the Black Swift’s close North American relatives, Chimney and Vaux’s Swifts, is decidedly unadventurous. They come to us, fluttering over cities and towns through summer and early fall, chirping constantly to alert you to their presence. I’m not complaining, I love seeing those swifts. It’s just that I saw my lifer Vaux’s Swift from a rental car in dead-stop Los Angeles traffic . . . an adventure I won’t be telling the grandkids about.

On the flip side, Black Swifts are unobliging; they make you work for them. Their May-to-September range is limited to smidgens of the Mountain West, southern Alaska, southwestern Canada, southern Mexico, and the Caribbean. At half a foot, with a foot-and-a-half wingspan, they’re the largest resident swift species on the continent—but they hunt so high up that you can barely see them. They follow “blooms” of insects around the landscape, up to 25 miles from their nest sites, meaning they aren’t reliably spotted in the same areas. Like most aerial insectivores, they’re fast as heck and hard to get a good look at, let alone a photograph. Like I said, unobliging.

The birds are just barely easier to see on the nest. Black Swifts breed in remote areas on steep sea cliffs or behind alpine waterfalls. Constructing nests in these places is a good strategy when trying to raise one-shot babies—few predators can navigate the slick, mossy walls, and there aren’t many humans creeping around either (TLC specifically warned against it). Consequently, the first Black Swift sites weren’t discovered until the 20th century, much later than most other North American birds.

Today, we only know of about 80 Black Swift nesting zones total.

Today, we only know of about 80 nesting zones total. You know what, though? You should find one of them, ideally on a drizzly, cool day in May or June, when the adults are foraging well under the clouds. It will involve some trekking, and you will probably get wet, but you could end up at a 286-foot waterfall in Oregon. Or Maligne Lake, “the largest natural lake in the Canadian Rockies.” Little Cottonwood Canyon outside Salt Lake City, Utah; the mouth of the Big Sur River on the California coast; the Santa Fe National Forest in New Mexico; Going to the Sun Road in Montana’s Glacier National Park. The intrepid birder might find Black Swifts in all of these places, and any of them is a more thrilling experience than a Los Angeles freeway.

It’s worth it, I promise. For a real-world example, look how hyped these biologists are after finding some Black Swift nests in western Montana. My dude Chris Hammond says it’s like finding Sasquatch. That video has all the hallmarks of a classic Black Swift chase: a dizzying hike up some canyon (look at the tough descent at the 1:23 mark), a stunningly wild waterfall, and some mild exclamations of birder euphoria. You want that.

I eventually experienced it myself. A couple weeks after I first whiffed, I was guiding a group around a Black Swift hot spot at the base of the Maroon Bells near Aspen, Colorado. The air was fresh and piney. Pikas chirped from the skree. As I turned to leave I spotted something out of the corner of my eye: a clump of birds moving quickly down from the hills and toward the lake. They came in low, buzzing inches over the surface of the water and dipping their beaks in for a drink. The small flock veered a few times over the lake before silently climbing back over the trees and out of sight. The lucky few of us high-fived in the wilderness, Black Swift adventure on the books and complete.