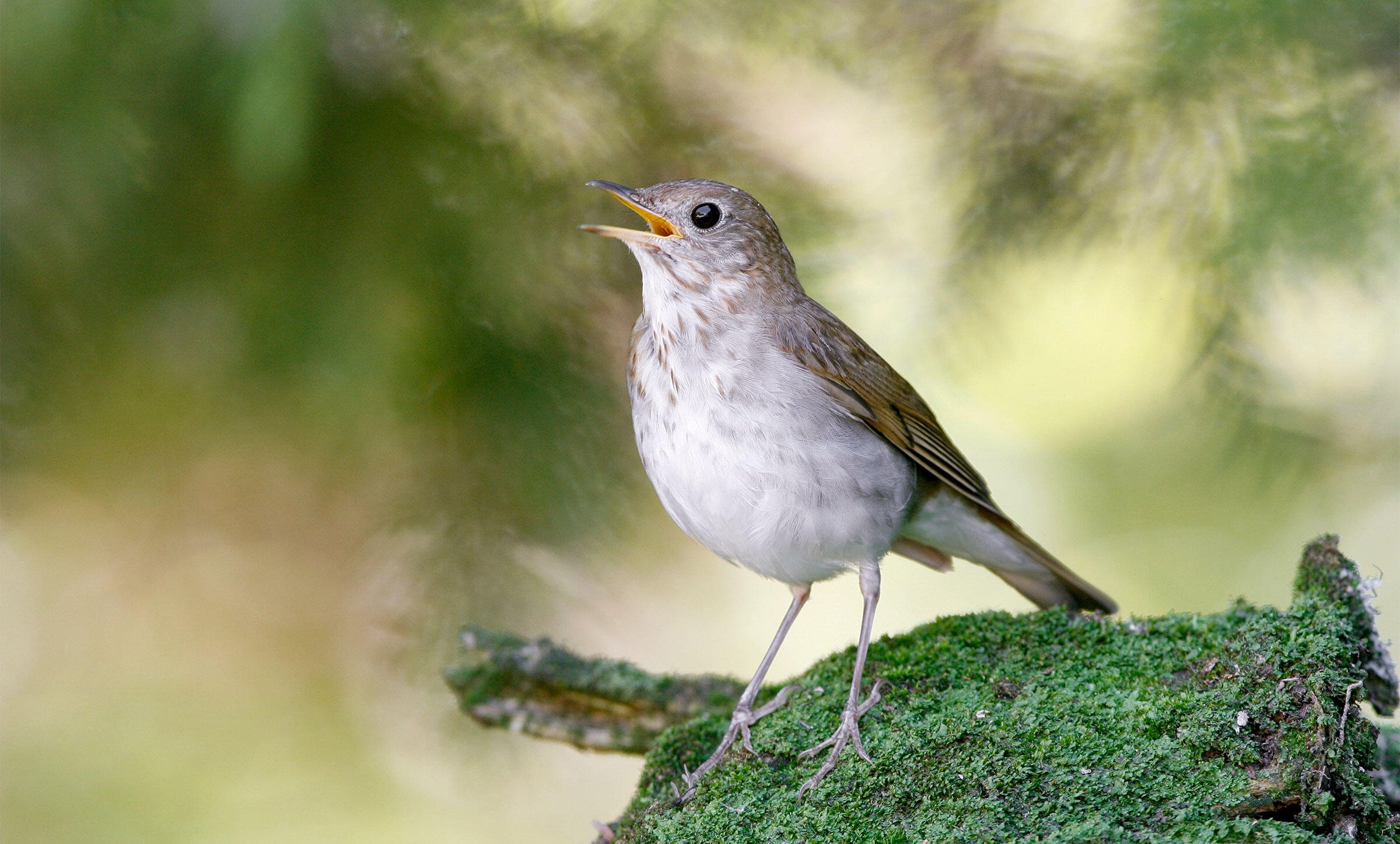 There’s currently a somber hush to the summer air that makes you think, “where are the birds?” Some long-distance migrators do start moving south as early as July, but most of the species you saw back in June loafing near parks and feeders should still be around. They may be hunkered down, conserving energy like any other animal or person on a stifling day. Some are probably nesting or finishing rearing their young, and don’t feel urgency to call attention to themselves through song.

That’s not to say that the skies are completely silent. In much of North America, birds continue to sing their territorial songs into late July or early August; so you may still hear a Northern Cardinal, Wood Thrush, or House Wren on the hottest days. These species will tamp down or pause their singing as they covertly attend to their young—but will start up again once their chicks have fledged, hoping to begin a new brood. This also exposes young birds to the languages and tunes they will need to emulate once they hit breeding age.

Other species may pipe up when it’s cooler, such as in early mornings or after a rain. You will be hard-pressed to hear a Northern Waterthrush or Canada Warbler beyond early July, but Red-eyed Vireos will persist with their unobtrusive cheerio, cheery song. In fact, they're among the most plentiful birds in North America, where they inhabit mostly broad-leaf woods in the Eastern United States and across southern Canada. (Other vireos such as Warbling and Bell's also continue singing until their pre-migration molt.) The long cicada-like trill of a Chipping Sparrow is another overlooked summer track in parks, farms, and open woods through most of the continent. And don’t forget the Gray Catbird, an abundant songster in gardens and shrubby woodland edges. You can pick up its deceptive kitty call throughout the day, or even run into a young bird mimicking a garble of sounds.

Believe it or not, some birds even prefer the hottest days of the year.

Believe it or not, some birds even prefer the hottest days of the year over all others to warble. These include the musically and visually striking goldfinches: the widespread American Goldfinch and the Lesser Goldfinch of Western states. July, August, and September days are often filled with their bright, musical twitters as they fly over fields and suburban yards, looking for just-emerged thistle seeds to feed to their young.

Out of the fields and into the forest, you may experience the cry of a lonely Eastern Wood-Pewee. It’s simple, eponymous pee-wee! is unforgettable, as is the buzzier sound of the Western Wood-Pewee. Fortunately for us, these otherwise drab flycatchers continue to call their name until they finally take their tropical departure in September and October.

Of course, not all birds make sounds that fit into the melodic, complex category of “songs.” Gregarious species like swifts, swallows, jays, crows, and waterfowl use other vocalizations to signal to each other in daily interactions. The songs of Veeries, Hermit Thrushes, Swainson’s Thrushes, and Wood Thrushes—some of the most beautiful music of any land—fade in August, but they still make frequent contact calls around dawn and dusk. These include the loud wit wit wit wit of the Wood Thrush, the froggy peep of the Swainson’s Thrush, and the harsh veer of the Veery. It helps to learn to recognize these less charismatic notes when the chatter of other birds subsides in the summer woods.

As your body wilts in the harshness of the season, it’s good to keep the senses sharp by paying attention to the birds around, even if they themselves don’t want to be found.

A silent pause in the woods can lead to a sweet, symphonic moment.

It can be a challenge, but it can also be highly rewarding.

This Guy Is Mapping How Warblers Migrate, Just by Listening to Them Sing

We know where Mourning Warblers spend their winters and summers. But where they go inbetween is a mystery—one that can be solved through their songs.