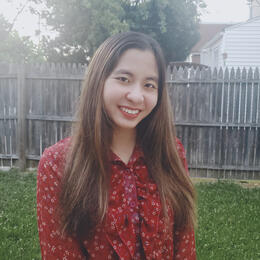 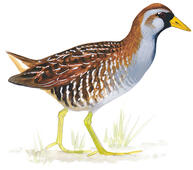 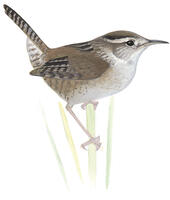 It’s difficult to overstate the ecological importance of the Great Lakes. Not only do they provide drinking water for 40 million people in the Midwest and Canada, but the surrounding wetlands in the Great Lakes basin control flooding, keep pollution in check, buffer local communities from changing climate conditions, and provide habitat for a huge variety of animals, including marsh birds and waterfowl. Climate change and ongoing human activities have led to significant wetland area loss, and degradation of these habitats will make the surrounding areas less able to sustain healthy bird and human communities.

In the U.S. alone, the Great Lakes region has approximately 300,000 acres of coastal wetlands, so how do conservationists know exactly how to identify high-quality wetlands that could use additional protection, monitoring, and maintenance? “By looking at marsh birds,” says Joanna Grand, a spatial ecologist for Audubon. Marsh birds depend on a variety of wetland vegetation characteristics, so if they are doing well, the wetlands must be healthy and functioning. And so Grand and her team set out to study how marsh birds are doing across the Great Lake region. Their findings were recently published in a paper that will help inform protection and monitoring of Great Lakes coastal wetlands for the benefits of birds and people.

The research was a collaboration between National Audubon Society, Audubon Great Lakes and the Coastal Wetlands Monitoring Program (CWMP), a coalition of academic institutions across the Great Lakes basin that have collectively conducted more than 1,000 bird surveys at 376 wetlands in the U.S. since 2011. This data set served as the foundation for the analysis that Grand and her colleagues conducted for the research paper.

First Grand, the Audubon Great Lakes team, and Audubon quantitative ecologist Sarah Saunders selected 14 species of marsh birds to represent the wetland habitat conditions found throughout the Great Lakes region. These species depend on a variety of wetland features and many are in decline throughout the Great Lakes. Using monitoring data from the CWMP and satellite imagery of the habitats where those species are found, Grand and her team built models to describe the relationships between each species and the wetland habitat it relies on. According to Saunders, these species-habitat models were central to the team’s research.

“These models can tell us how the 14 species are responding to habitat conditions across the Great Lakes basin, even in places where we don’t have regular bird counts,” says Saunders.

By integrating the 14 species models, Grand created a map that ranks all Great Lakes coastal wetlands in the U.S. based on their predicted importance to one or more species. The team considered a wetland high priority, and thus more important to conserve or restore, if it was predicted to provide suitable habitat for at least one of the 14 species. The study found that the majority of high-priority wetlands stretch along the shores of eastern Lake Ontario, western Lake Erie/St. Clair, Saginaw Bay, Green Bay, northern lakes Michigan and Huron, and western Lake Superior. Lake Ontario had the highest proportion of high priority wetlands, yet those wetlands currently receive the least protection of all of those studied in the region.

Though the paper was recently published, its results have already informed some of Audubon’s efforts in restoring the Great Lakes coastal wetlands degraded by development, climate change, and invasive species. Green Bay, Wisconsin, emerged as a high priority area on the map, which prompted Nathaniel Miller, conservation director at Audubon Great Lakes, to connect with partners in Wisconsin to coordinate a restoration plan. Additionally, Miller and his staff are building partnerships and mobilizing volunteer efforts across the region to bring back threatened species like the Black Tern through restoring their key wetland nesting habitats. Going forward, Audubon’s study results will form the blueprint for where these kinds of collaborative restoration projects can most benefit marsh birds and their wetland habitats throughout the Great Lakes.

“Birds give us hope. People from across the Great Lakes region understand how important the Great Lakes are and have been,” Miller says. “Thanks to these map and models, we now have hard data showing us the most important places to protect and restore for marsh birds. There is nothing more exciting than welcoming marsh birds back to the habitats where they once lived.”