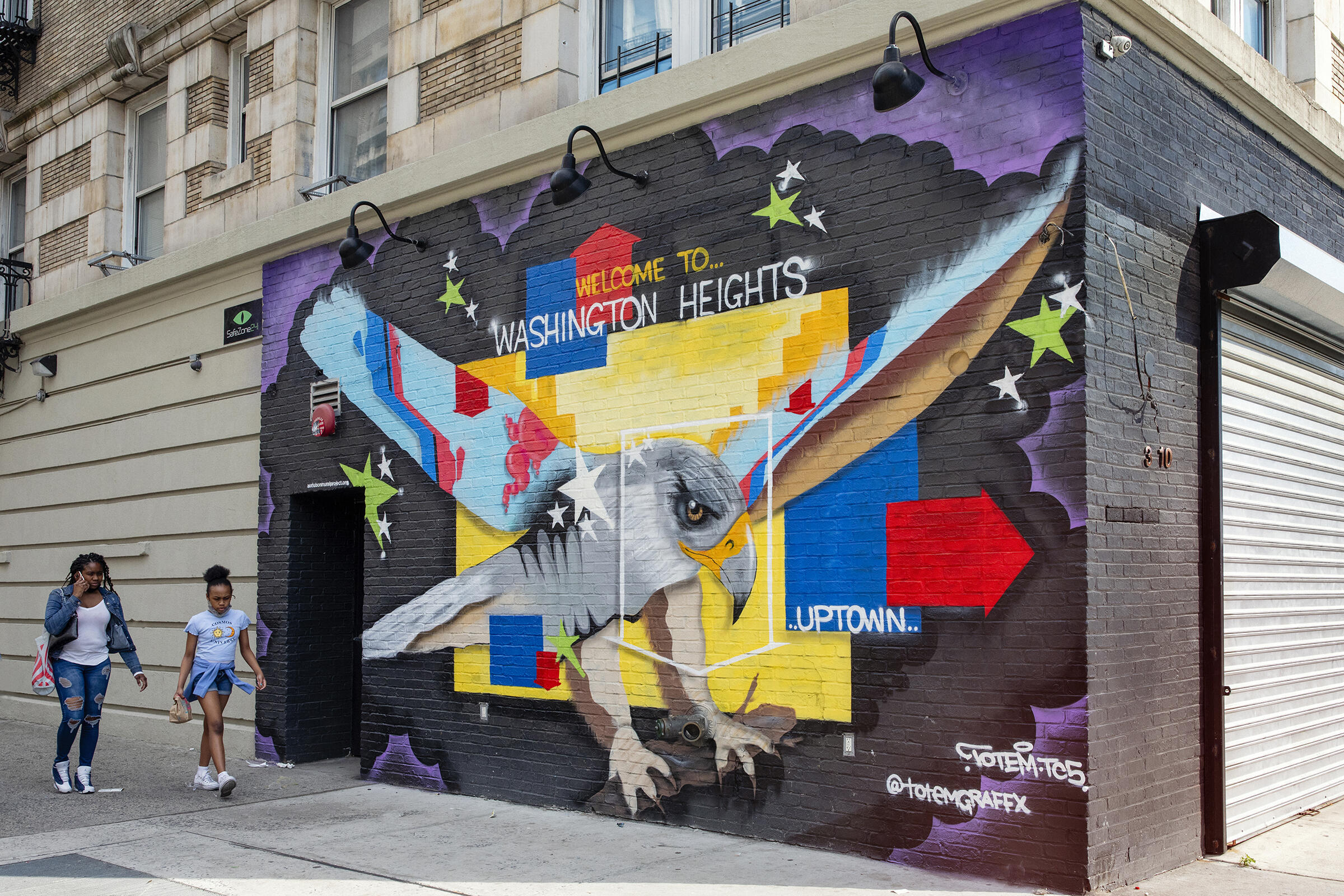 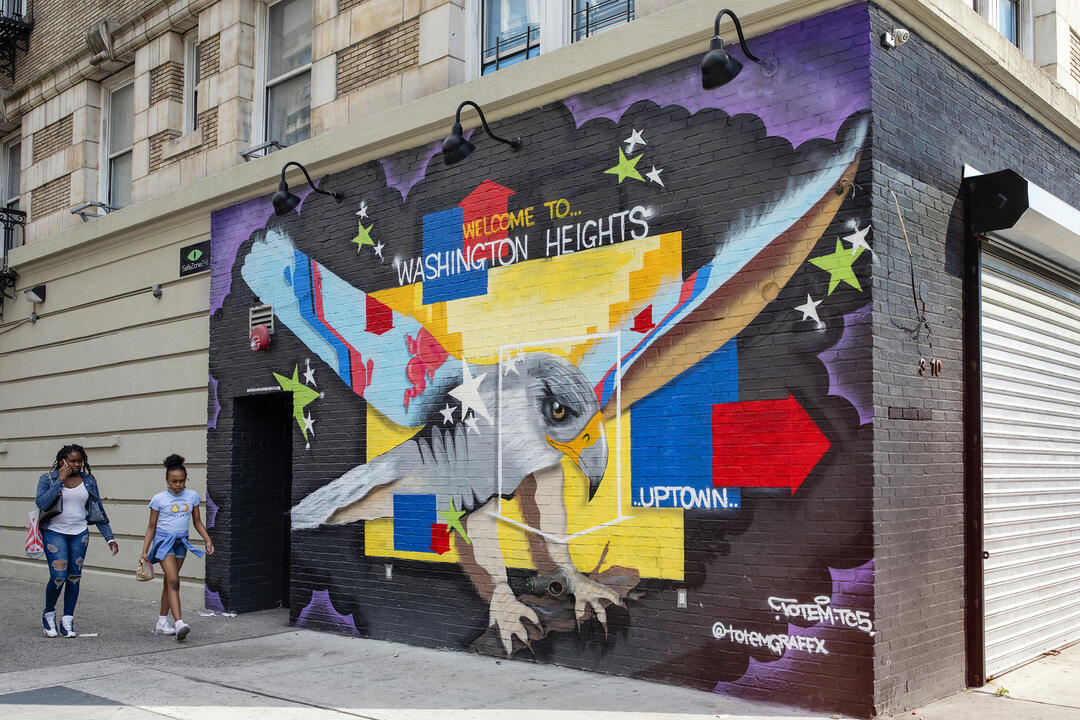 About the Bird: The White-tailed Hawk has noticeably broad wings and a short tail, and it soars with the wings held in a shallow "V" shape. It favors dry grassland and coastal prairies, where it hunts a wide variety of food, from rats and gophers to snakes and crayfish. Currently White-tailed Hawk can be found in Texas year-round, but climate models show it being pushed out of the state during the summer if global temperatures increase by 3 degrees Celsius, as they are on track to do by the end of the century. Keeping warming to 1.5 degrees would cut that loss in half and retain the bird’s U.S. breeding range.

About the Artist: TOTEM is an artist born and raised in the Washington Heights neighborhood of New York City, where he painted this mural of a White-tailed Hawk. “I picked this bird because of its beauty and power,” he says, and painted it in his characteristic style, “so if you know my work, once you see it you know it was me." TOTEM attended the High School of Art & Design in New York City. He has a graffiti background in aerosol art, but he works with all media, especially with murals, canvases, and apparel. For over a decade he has worked at New York–Presbyterian hospital, where he loves his job as a member of the Blood Marrow Transplant team—but still finds time for his art.