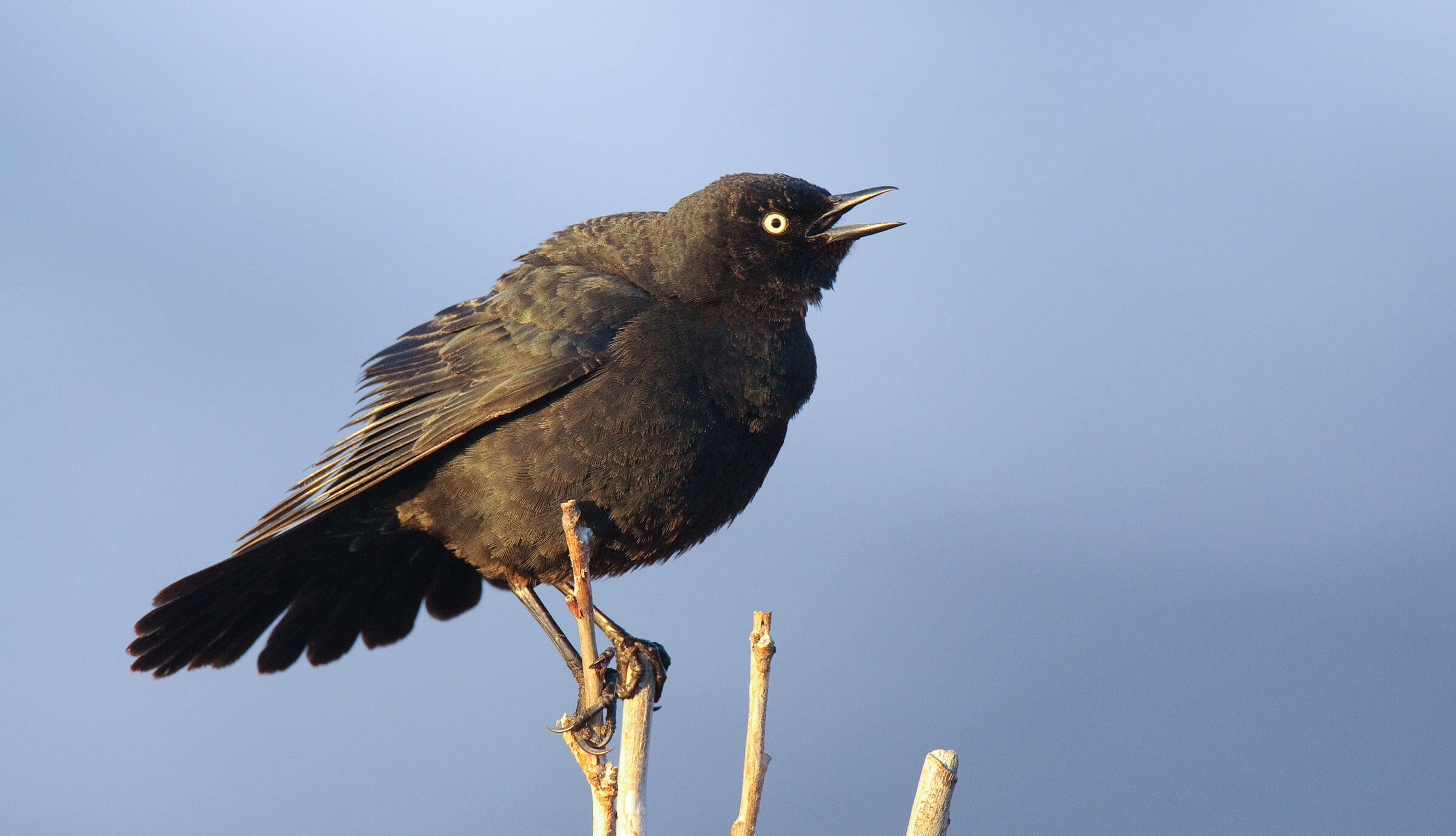 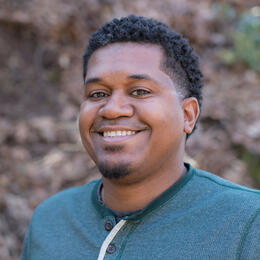 With their beautiful, chestnut-tinged feathers and pale-yellow irises, Rusty Blackbirds are among my favorite wintering species in Georgia. From November to March, I’ll find them flocking with grackles, Red-winged Blackbirds, European Starlings, and another one of my crushes, Brown-headed Cowbirds. The large, raucous parties rove from spot to spot, flipping over leaf litter as they forage for seeds and acorns.

Rusties (as birders like to call them) typically dwell in wet places: marshes, swamps, flooded forests, you name it. They breed farther north than any other blackbird species, and cover 39 states over their migratory range. In colder months, they’ll occupy beaches, channeling shorebirds as they probe the water for prey. The likeness goes both ways. When Rusties abandon their boreal nests after a season, Solitary Sandpipers will often move right in.

But as widespread as the species is, it’s struggling to make it. Big time. Figures from the Christmas Bird Count and the North American Breeding Bird Survey estimate a 85 to 95 percent decline in the Rusty population over the last 50 years. There are several theories to why—the most obvious being habitat loss and climate change. (According to a USFWS report, our country has lost 16.8 million acres of wetlands since the mid-1950s.) Beavers—or lack of them—could be another reason: When they build dams, they form ponds and wetlands, creating homes for Rusties and other woodsy residents. But with the mammals still recovering from the centuries-old fur trade, it's another blow to blackbird populations.

Right now, no one’s sure how Rusties are doing overall. Organizations like the International Rusty Blackbird Working Group are trying to find the extent of the species’ decline, but data is still hard to come by. That’s where birders come in. We’ve been on the front lines for decades, tracking numbers and sharing them on eBird. Our personal checklists double as vital snapshots of the latest population trends. And that’s all Rusties have in terms of a fighting chance at the moment.

So, if you have a solid hour or two this weekend, go looking for Rusty Blackbirds. Even if you turn up empty, your results could be used to further the conservation of this species.

To help you get started, let’s go over some key Rusty-chasing guidelines:

When trying to identify a Rusty Blackbird, one of the best tips a birder can follow is to start with the usual suspects, then work backward. In this case, we have a Common Grackle, as indicated by its shiny head and long, tapered tail.

The Rusty’s range overlaps with several other like species, but the Brewer’s Blackbird is probably the closest match. The latter prefers farms and urban spaces and has a thicker base on the beak. It also has a less squeaky, more piercing quality to its whistles. Finally, male Brewer's flaunt a glossier plumage.

The brown head on this stud is enough to differentiate from our target species. Be careful with non-breeding Rusties, though; they can also show a brown-to-black gradation. Still, the pitch-black eye and hefty bill are clear hints of a Brown-headed Cowbird.

Yet another bird that looks like all the others. But wait, is that a touch of cinnamon on its shoulders and back? A telltale clue of a Rusty Blackbird—and the lack of iridescence points to a female.