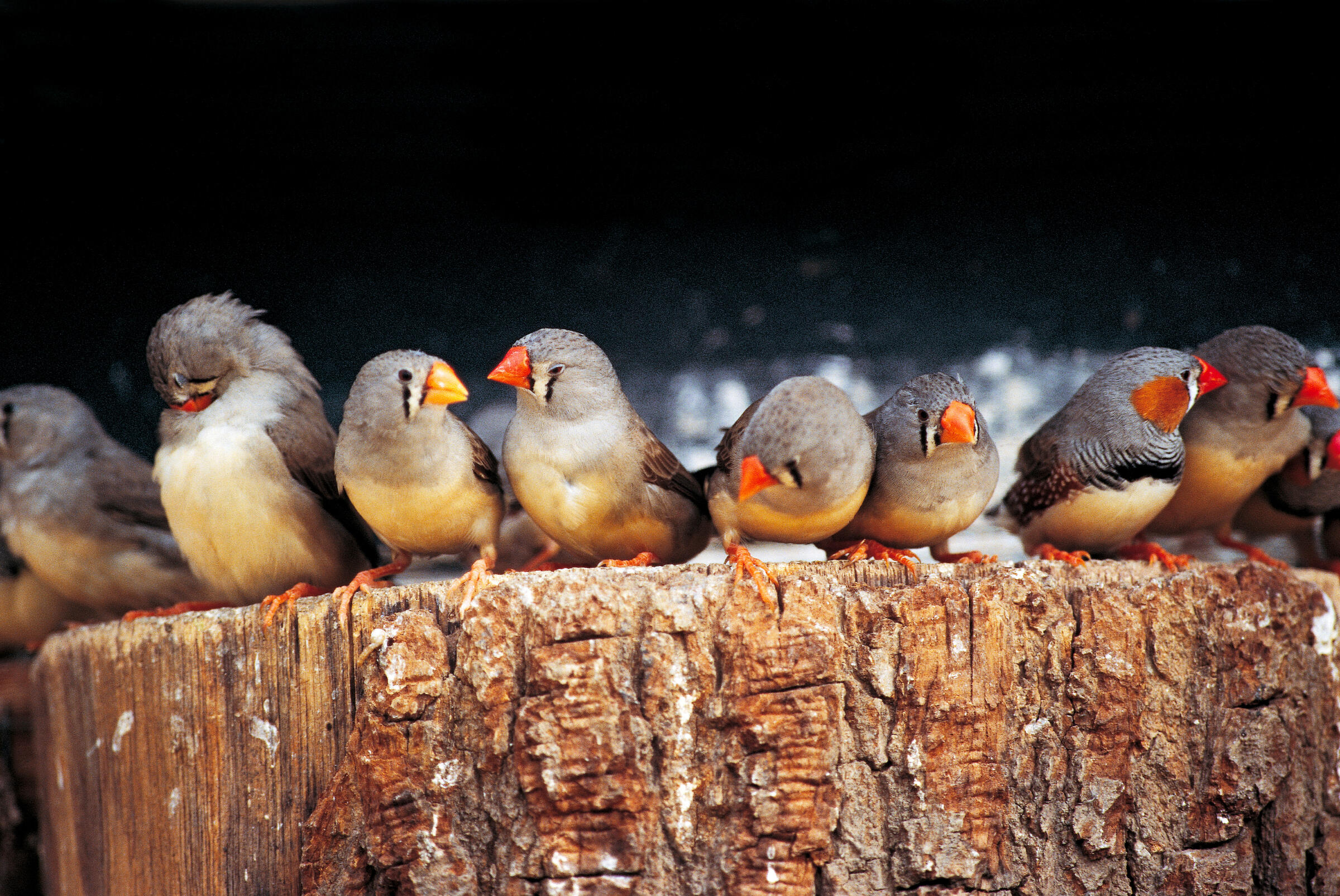 When juvenile finches are stressed out, they no longer want to forage with their parents.

Now here’s a story that smells a lot like teen spirit. Last month, researchers reported that stressed-out juvenile Zebra Finches ignore their parents’ foraging behavior and pick up tips from other birds in the flock instead.

Zebra Finches are affable Australian songbirds that thrive in captivity (which is why they’re commonly used in experiments). They aren’t born knowing how to sing, find food, or choose a mate; they acquire these skills by watching and imitating their parents. But as the new study published in Current Biology shows, when young finches are stressed, they look to unrelated members of the flock for advice.

“It does make you think of rebellious teenagers,” says Neeltje Boogert, a visiting research fellow at the University of Cambridge in England, who co-authored the study. Boogert and her team took 13 broods of Zebra Finches and gave half of the chicks in each brood the stress hormone corticosterone. Upon fledging, the birds were marked with electronic tags and released into two aviaries, where they were free to mingle. Each time a bird visited a feeder, antennas picked up signals from its tag, reporting who was dining with whom. As a result, stressed-out birds spent considerably less time foraging with their parents than non-dosed birds over the course of the 20-day trial.

Next, the researchers removed the feeders and placed some spinach—a tasty treat, at least to these songbirds—under lids. By recording exactly when each finch lifted the cover, the team determined which birds were accessing the food without help, which were just imitating, and who was copying whom. As Boogert explains, when birds that “hang out together both start doing this novel behavior at the same time, it must mean that they learned from each other.”

The control birds mostly learned how to access the spinach by watching their parents, whereas the doped-up finches learned exclusively from non-related adults. “When their parents are doing something they don’t seem to be paying any attention at all,” Boogert says. This could be because stressed-out juveniles are trying to get away from the perceived source of their problems: mom and dad. On the flip side, the parents might deem their anxious chicks too hapless to merit any attention, Boogert says.

Findings like these could shed light on how avian diseases are spread, since “stressed individuals are also likely to have weakened immune systems,” says Boogert. Sounds like a teenage wasteland (minus all the angst).