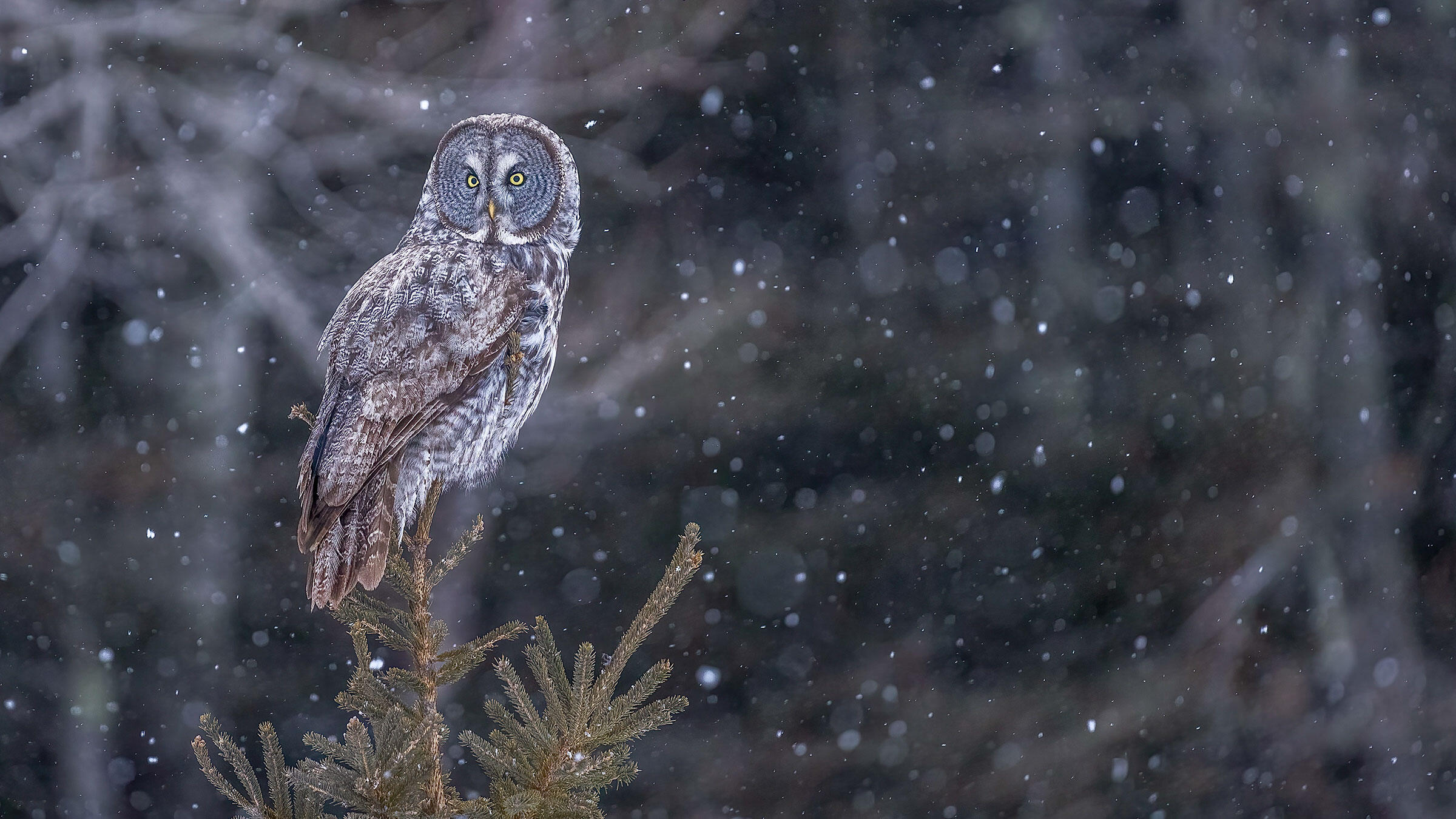 Sentinels of the Boreal

A short film by filmmaker Tomas Koeck captures the essence of the Great Gray Owl.

The Boreal Forest—North America’s bird nursery—is one of the largest intact forests left on Earth. Stretching from Alaska to Labrador, it provides nesting grounds for billions of birds. Some of those bird species are among the most sought-after by birders and have become almost legendary within the birding community. The Great Gray Owl is one of those iconic species of the Boreal Forest that birders will travel from great distances for a chance to see when a few move southward in winter into the northern U.S.This short film by filmmaker Tomas Koeck, released in spring 2021, captures the essence of the Great Gray Owl and other species of the Boreal Forest with stunning footage and fascinating commentary by experts (including Dr. Jeff Wells, Audubon’s vice president of boreal conservation) about birds and bird conservation of the Boreal Forest.

A winter haven for elusive northern species such as Great Gray Owls, the area is a popular destination for photographers and birders.