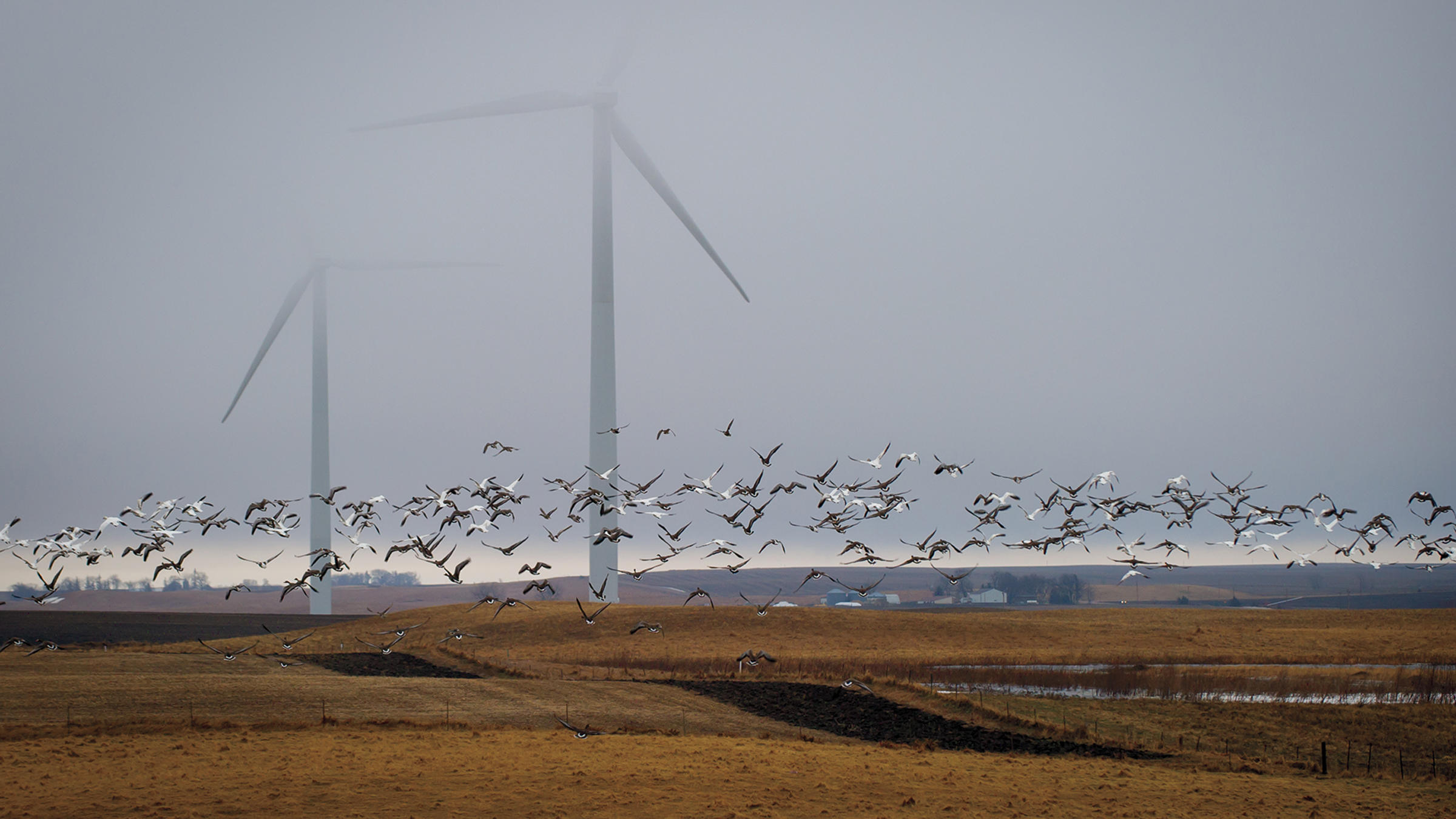 Audubon strongly supports properly sited wind power as a renewable energy source that helps reduce the threats posed to birds and people by climate change. However, we also advocate that wind power facilities should be planned, sited, and operated in ways that minimize harm to birds and other wildlife, and we advocate that wildlife agencies should ensure strong enforcement of the laws that protect birds and other wildlife.

Audubon has testified in Congress about the effects of wind turbines on birds and bats. Audubon also supported and helped develop guidelines for the wind industry to help minimize harm to birds and other wildlife. Of course, in order for those guidelines to be effective, the government must enforce existing laws. Audubon is a forceful advocate for enforcement of those protective laws, and we stood in strong opposition to a 2013 U.S. Fish and Wildlife Service rule that offered 30-year permits for wind farms to kill and injure Bald and Golden eagles. A federal judge later overturned this rule, and USFWS dropped its appeal in 2016.

Top scientific experts from around the world, including Audubon's own scientists, agree that the effects of climate change are happening now and will get worse. Scientists have found that climate change has already affected half of the world's species' breeding, distribution, abundance, and survival rates. A review of more than 130 scientific studies found that if climate change proceeds as expected, one in six species worldwide could face extinction.

Audubon’s research shows a particularly stark threat for North American birds: Our Birds and Climate Change Report confirmed that 314 species stand to lose more than 50 percent of their current ranges by 2080.

Audubon and other leaders in the science and conservation space agree that that in order to help prevent species extinctions and other catastrophic effects of climate change, we must significantly reduce pollution from fossil fuels as quickly as possible. This will require rapidly expanding energy efficiency, renewable energy, and alternative fuels and making changes in land use, agriculture, and transportation.

Properly sited wind power is an important part of the strategy to combat climate change. Wind power is currently the most economically competitive form of renewable energy. As of December 2015, the wind facilities installed in the United States had more than 74,000 megawatts of capacity. With the current transmission infrastructure, the Department of Energy estimates that wind has the potential to generate 20 percent of the nation's energy.

Every megawatt-hour produced by wind energy avoids an average of 1,220 pounds of carbon dioxide emissions. If the United States obtains 20 percent of its electricity from wind power by 2020, it will reduce greenhouse gas emissions equivalent to taking 71 million cars off the road or planting 104 million acres of trees. Expanding wind power instead of fossil fuels also avoids the wildlife and human health impacts of oil and gas drilling, coal mining, and burning fossil fuels.

How can we reduce the safety risks of wind power for birds?

While wind energy helps birds on a global scale by curbing climate change, wind power facilities can harm birds through direct collisions with turbines and other structures, including power lines. Wind power facilities can also degrade or destroy habitat, cause disturbance and displacement, and disrupt important ecological links.

Audubon strongly supports wind power and recognizes that it will not be without some impact; however, harmful effects to birds and other wildlife can be avoided or significantly reduced in the following ways:

Audubon encourages wind developers and permitting agencies to consult with wildlife experts, including Audubon staff and chapters, to help inform study and siting decisions and to support efforts to improve wind siting and technological solutions to reduce harm to birds.

Seabirds rely on fish as their primary food source, but they often can’t find enough to eat.

Stop the Toxic Pebble Mine