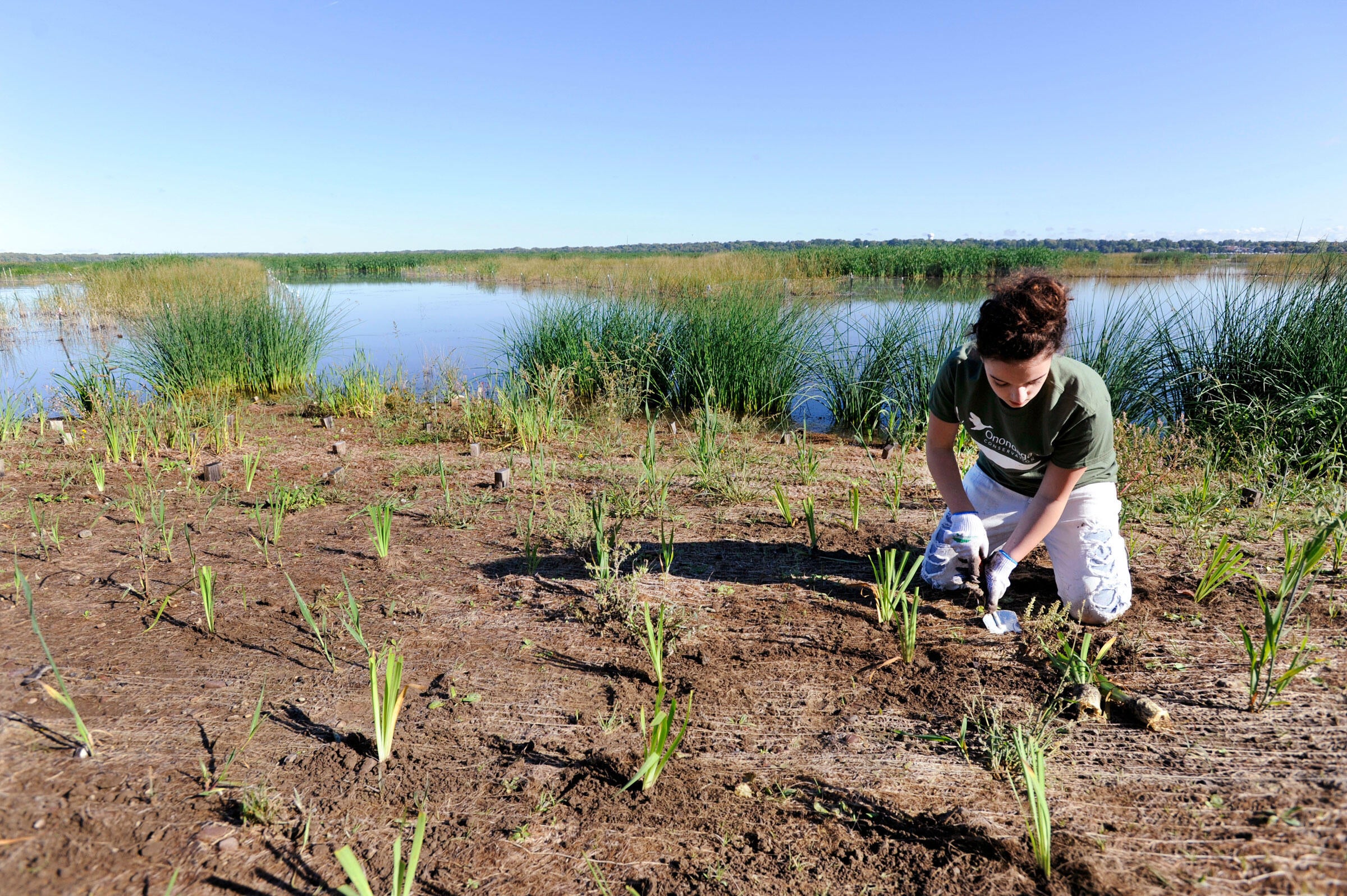 An Onondaga Lake Conservation Corps volunteer works on reinvigorating habitat near Syracuse, New York. The site has a torrid history with industrial dumping, which drove away the Native American tribes, birds, and fish that depended on the waters. Photo: Mike Roy/Honeywell

Thanks to hundred of volunteers, a vast cleanup of the poisoned watershed is wrapping up—and the birds are beginning to return. 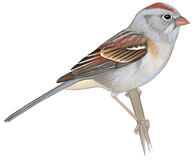 Chris Lajewski peers out on the mouth of Nine Mile Creek, where it flows into New York's Onondaga Lake. The overcast June sky looms heavy over the water, which is pockmarked with the tussling tails of carp. Suddenly, he cups his ears. Is that a Field Sparrow seep seep-ing in the nascent grassland? He's been hearing its song a lot these days: a good omen for the health of the beleaguered lake.

Once named one of the most polluted bodies of water in the country, Onondaga reached the federal Superfund list in 1994 and was still in poor shape seven years ago, when Lajewski joined the nearby Montezuma Audubon Center. The five-mile-long lake, situated just northwest of Syracuse, was filled with industrial mercury and PCBs. Resident sturgeon had been extirpated; the food chain, contaminated; and migrating birds stopped by in fewer numbers. “It was a dead lake,” Lajewski, now director of Montezuma Audubon, says. “The community did not see it as an asset.”

Fast forward to today, after a decades-long cleanup totaling $1 billion has steered Onondaga to recovery. Honeywell—which merged with Allied Signal, the company responsible for much of the pollution—recently finished dredging and capping the lakebed with a leak-proof lining and will wrap up habitat restoration later this year. Swimmers can finally bathe in certain bacteria-safe zones. And as humans slowly reclaim the space, so does nature.

Between 20 and 40 Bald Eagles regularly winter in the lake's Important Bird Area, and Lajewski expects the first pair to nest soon. Last year he and other scientists recorded more than 170 species of wildlife in the repaired watershed, including Pied-billed Grebes, Northern Harriers, and 78 other kinds of birds. Much of that resurgence stems from native marsh and grassland planted by Audubon New York, Montezuma Audubon, Onondaga Audubon Society, and hundreds of volunteers and partners. Lajewski and Onondaga Audubon have also been leading birding tours and counts to help rekindle local love for the lake.

It's an effort the entire community can be proud of, says Ken Lynch, executive deputy commissioner of the state Department of Environmental Conservation. But the lake hasn't shed its Superfund status just yet: There are still additional sections that need to be cleaned and revegetated. What's more, the Onondaga Nation, which centuries ago fished the lake's then-pristine waters, is concerned that buried contaminants will seep into it despite the lining, a situation Lynch says Honeywell will have to monitor. (Three breaches occurred between 2012 and 2014, all of which have since been mended.) “It’s a sacred lake,” Joe Heath, attorney for the Onondaga Nation, says. “They would like to be able to go out there and teach their children to fish, gather medicinal plants, and just interact with the water body like they did before it was taken away from them.”

The Environmental Protection Agency is currently in the midst of a five-year review of the remediation. But overall, Lynch is confident that Onondaga is bouncing back—and Lajewski is right there with him. While scanning its confluence with Nine Mile Creek, Lajewski spots a Great Blue Heron stalking prey in the reeds. It's an indicator species, he says. “These birds are telling us that the lake is coming back to life.”