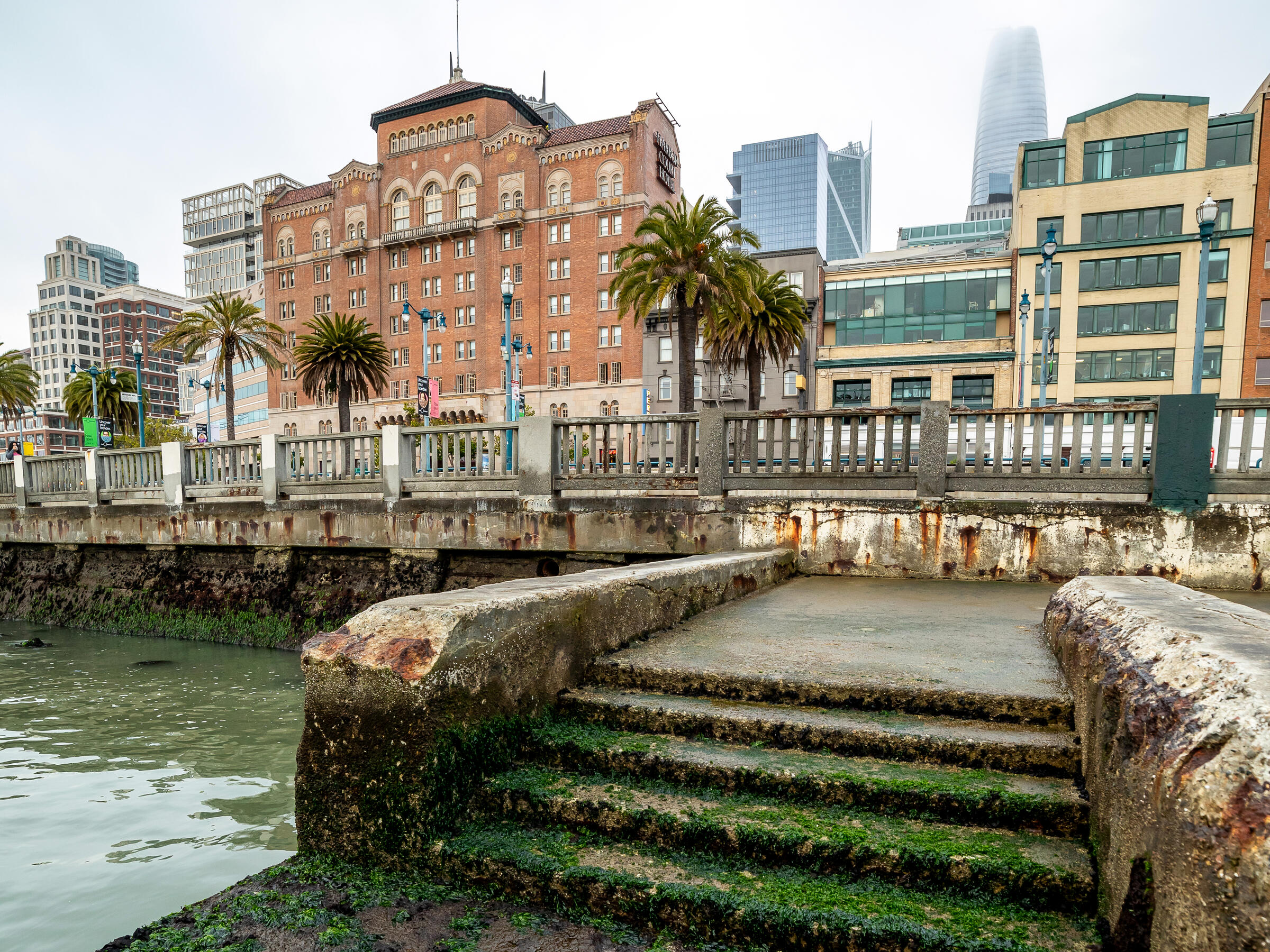 To force fossil fuel companies to cover the costs of unnatural disasters, more than 20 municipalities are suing them over decades of deception.

San Francisco engineers recently mapped out a chilling scenario: What will happen if the bay surges over a six-foot seawall protecting the Embarcadero waterfront? If an unusually high storm surge breached the structure, water could submerge subway tunnels, knock out utilities, and impact hundreds of thousands of people. Today the risk is low, but climate change will push flooding inland. If sea levels rise by seven feet, which could occur by 2100, according to California’s Legislative Analyst’s Office, downtown San Francisco could be flooded every single day.

To protect the city, officials want to fortify the seawall at a cost of $5 billion—and that’s for just one of the city’s exposed areas. These are costs that “taxpayers shouldn’t be forced to shoulder alone,” says city attorney Dennis Herrera. Because climate change is primarily caused by burning fossil fuels, the world’s biggest oil companies should pay their share, he says. “They’ve known for a long time about the dangers associated with their products.” And he has documents that prove it.

In 2017 Herrera sued Exxon, Shell, BP, Chevron, and Conoco-Phillips on behalf of San Francisco. The allegations are explosive: For decades fossil fuel companies knew their products caused global warming, yet they deliberately deceived consumers about that fact while continuing to promote and profit off those products. The financial consequences of that strategy are therefore their responsibility.

Since then, more than 20 cities, states, and other jurisdictions across the country have filed similar lawsuits against the industry. Each case has a regional twist. Boulder County, Colorado, seeks restitution for a bark beetle rampage and out-of-control wildfires, while Minnesota, which has a $4.6 billion corn industry threatened by heat and drought, wants the companies to educate the public about fossil fuels’ dangers. They all aim to extract expensive legal judgments.

“The climate catastrophe is costing us all in death, economic damages, and property loss,” says Mary Wood, a climate-liability law expert at the University of Oregon. “The fossil fuel industry has yet to pay a dime in liability for the climate damage it has caused to people across the world.”

A 1981 Exxon memo warned that carbon dioxide emitted due to the company’s business model could “produce effects which will indeed be catastrophic (at least for a substantial fraction of the Earth’s population).” Other documents detail misinformation campaigns designed to manufacture distrust in climate science. “Victory will be achieved when…average citizens ‘understand’ (recognize) uncertainties in climate science,” says a 1998 memo from a front group created by Exxon and other defendants. Through their deception, the suit alleges, the companies “foist onto the public the costs of abating and adapting to the public nuisance of global warming.”

The defendants are fighting to get the San Francisco case thrown out without addressing its central claims. Since 2017 they have tried to move the case to federal court, arguing that California judges shouldn’t make decisions that affect the entire country. In June the U.S. Supreme Court declined to hear that argument, effectively sending the lawsuit back to the state.

If this and other cases proceed, fossil fuel companies could one day be cross-examined in court about their attacks on climate science. And if they triumph, the rulings could result in a major source of funding for climate adaptation. But victory wouldn’t address the larger existential challenges U.S. cities face, Wood says. “If San Francisco gains money for a seawall, great, but what about the thousands of other municipalities that need repair now from rising seas?”

A ruling against Big Oil could have political and financial consequences greater than seawalls. The false notion that everyone is similarly responsible for climate change has shielded fossil fuel producers, delaying regulation of the industry. “These lawsuits are vastly important because they name the industrial culprits that are behind this absolute global catastrophe,” Wood says. A named culprit, certified by our legal system, might finally gird wavering politicians to take on the industry whose continued dominance risks everything.