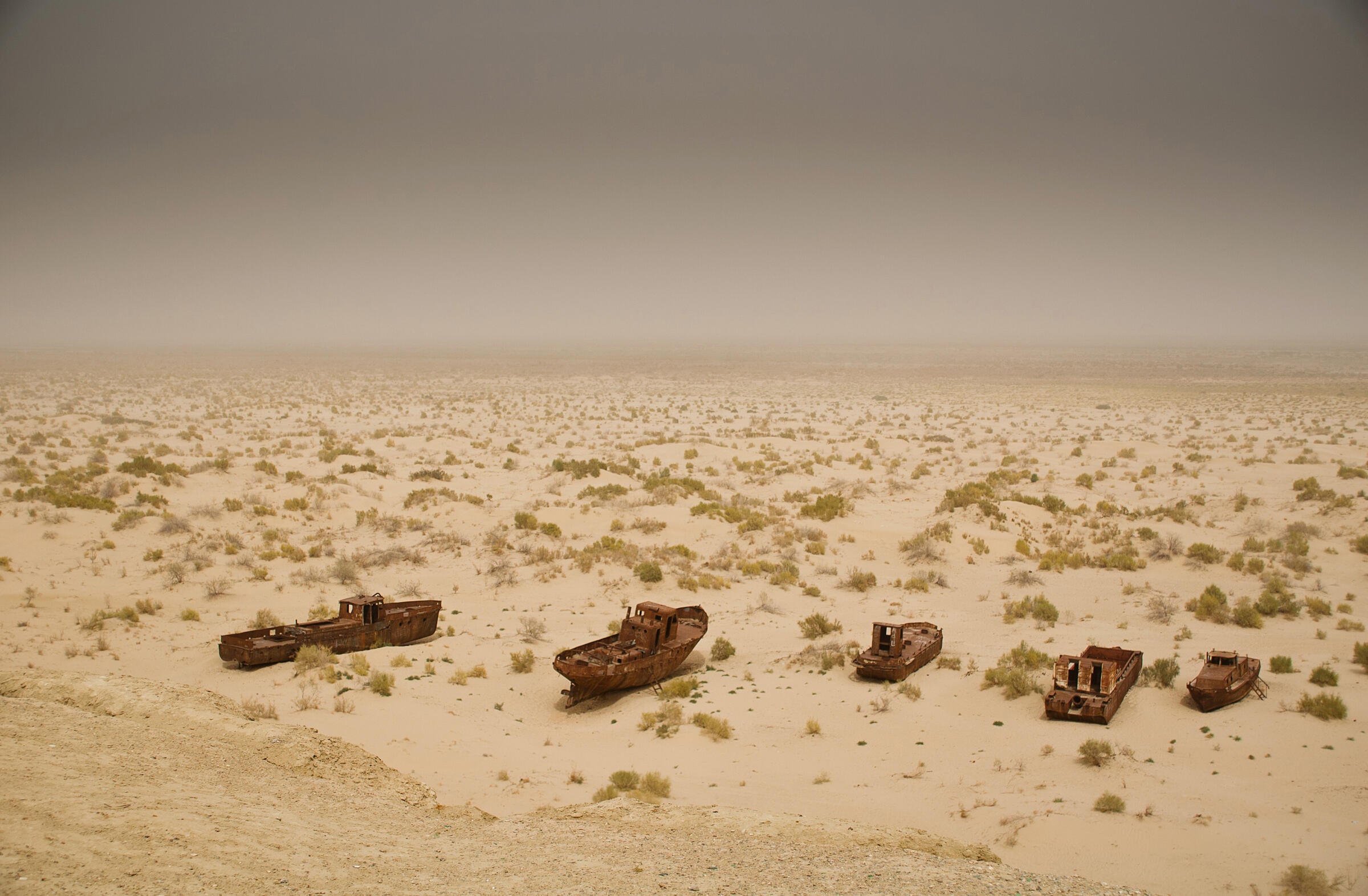 Fishing boats lie abandoned in what was once the Aral Sea.

After years of devastation, the wetlands near a once-magnificent Central Asian lake are showing signs of life.

The rich waters of the Aral Sea basin once supported an incredible array of more than 300 bird species. White Pelicans bred in the reedy freshwater of the deltas. Pygmy Cormorants built their deep nests of twigs by the water. Glossy Ibis probed the mud for worms and mollusks. During the late 20th century, however, those three species, along with nearly 150 others, all but disappeared from the region as water diversion and dwindling upstream snowpack desiccated the formerly vast great salt lake.

Satellite images taken in 2014 revealed that the eastern lobe of the inland sea, which sits on the Kazakhstan–Uzbekistan border, has completely dried up. In its place grew the Aralkum Desert, a parched seabed of marooned fishing boats and coarse sands. The destruction began in the 1960s, when the Soviet government shunted waters carried by the arterial Amu Darya and Syr Darya rivers to nearby cotton fields, and was exacerbated by the recession of those rivers’ parent glaciers in the Pamir and Hindu Kush mountains. In less than 20 years much of the local biodiversity evaporated from the floodplains.

But Elena Kreuzberg-Mukhina, an expert in the waterbirds of the Central Asian steppe, is surprised by life’s return to parts of the basin. Over the years some of the diverted water collected in previously dry hollows. Slowly, vegetation and invertebrates—and the birds that rely on them—moved back in. There’s no guarantee the transformation will take, says Kreuzberg-Mukhina. “The new ecosystems are impoverished,” she explains. “They are not as robust as those that evolved over thousands of years.” Still, Kreuzberg-Mukhina recalls visiting the Sudochie wetland near the lake 15 years ago and finding just three empty flamingo nests. Last year a group from the Uzbekistan Society for the Protection of Birds visited the same wetland and discovered thousands of mating pairs.

Signs of recovery in the sea’s northern lobe are even clearer, thanks to a local dam project meant to resurrect the region’s moribund fishing economy. Since 2005 the Kok-Aral Dam, built on the Syr Darya, has lured back fish, ducks, and cormorants so quickly that many locals refer to it as the “magic dike,” says Nikolai Aladin, a zoologist with the Russian Academy of Science. Other dams might resuscitate their own ecosystems, suggests Aladin, but what the Aral really needs is the commitment to save it. “This disaster was created by the hand of man,” he says. “It will be repaired by the hand of man.”