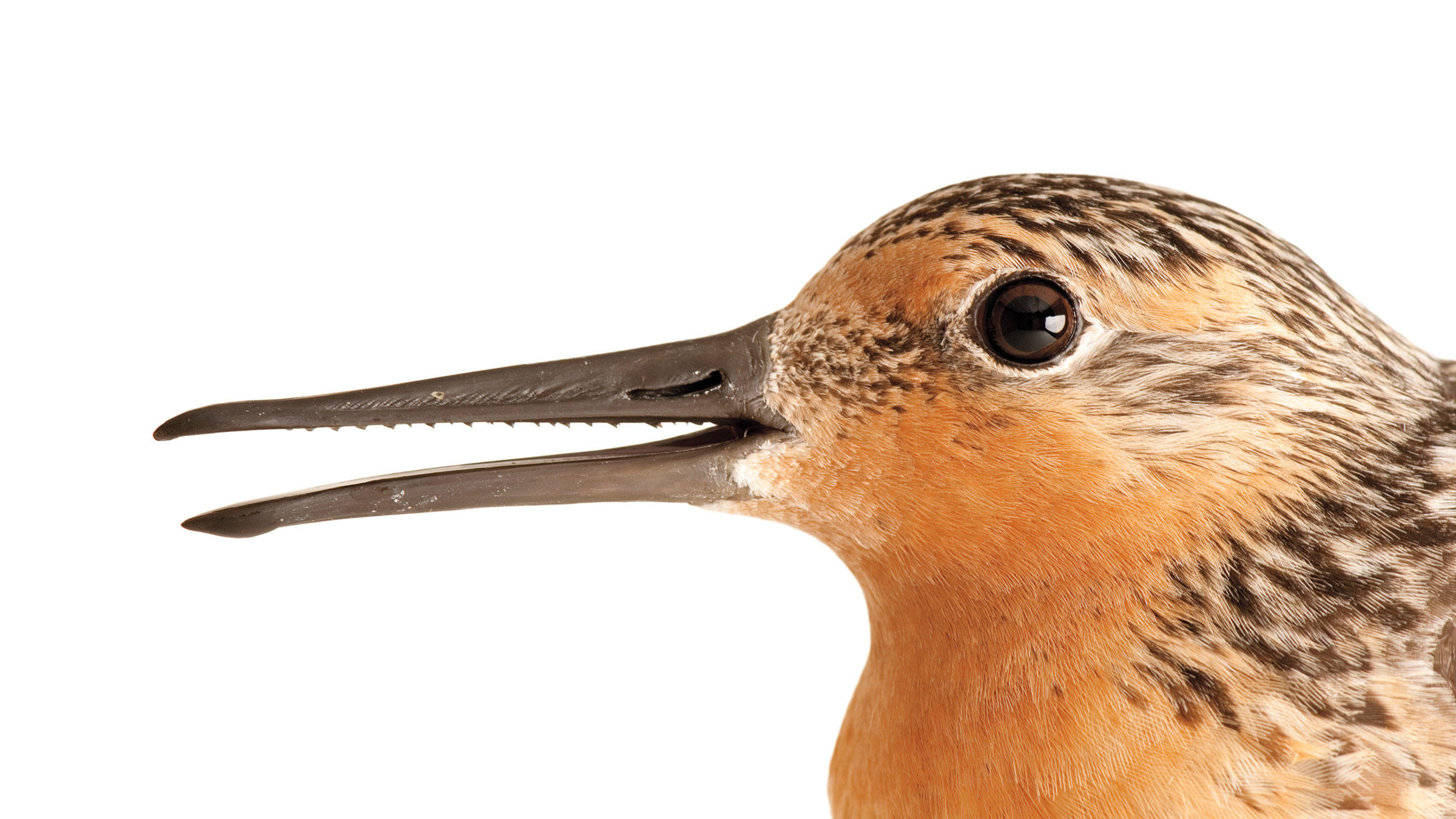 A Red Knot smiles for the camera. The serrations on the inside of its bill help it grip slippery things. They look like the "teeth" on a saw, but they're not real teeth, so the Red Knot never has to go to the dentist! Photo: Joel Sartore.

As climate change ups the stakes for all birds, the U.S. Fish and Wildlife Service lists the rufa Red Knot as threatened.

The eastern Red Knot, often referred to by its scientific moniker of rufa, is now officially in danger. The U.S. Fish and Wildlife Service recognized that sad fact in December by designating the subspecies as threatened under the Endangered Species Act.

In some parts of its range, which stretches from the high Arctic to the wilds of Patagonia, the bird’s numbers have plummeted 75 percent since the 1980s, due to a variety of assaults, including hunting in South America; the harvesting of horseshoe crabs, whose eggs the bird depends on to fuel its heroic, 9,300-mile spring migration; Arctic warming, which is increasingly driving hungry predators to replace their disappearing diet of lemmings with Red Knot eggs and chicks; and the continuing destruction and degradation of its coastal habitat. Now, as climate change causes sea levels to rise, the pressures on the coastline are only increasing, which was an important factor in the agency’s decision.

While the agency has put off the decision to designate specific critical habitats until sometime this year, the ruling empowers conservationists all along the bird’s Atlantic Coast migration route, from Maine to Florida. “The eastern Red Knot is a magnificent bird in steep decline,” says Mike Daulton, head of government relations for Audubon. “Human activities have pushed this shorebird to the brink, but we know that we can make a difference if we act now."