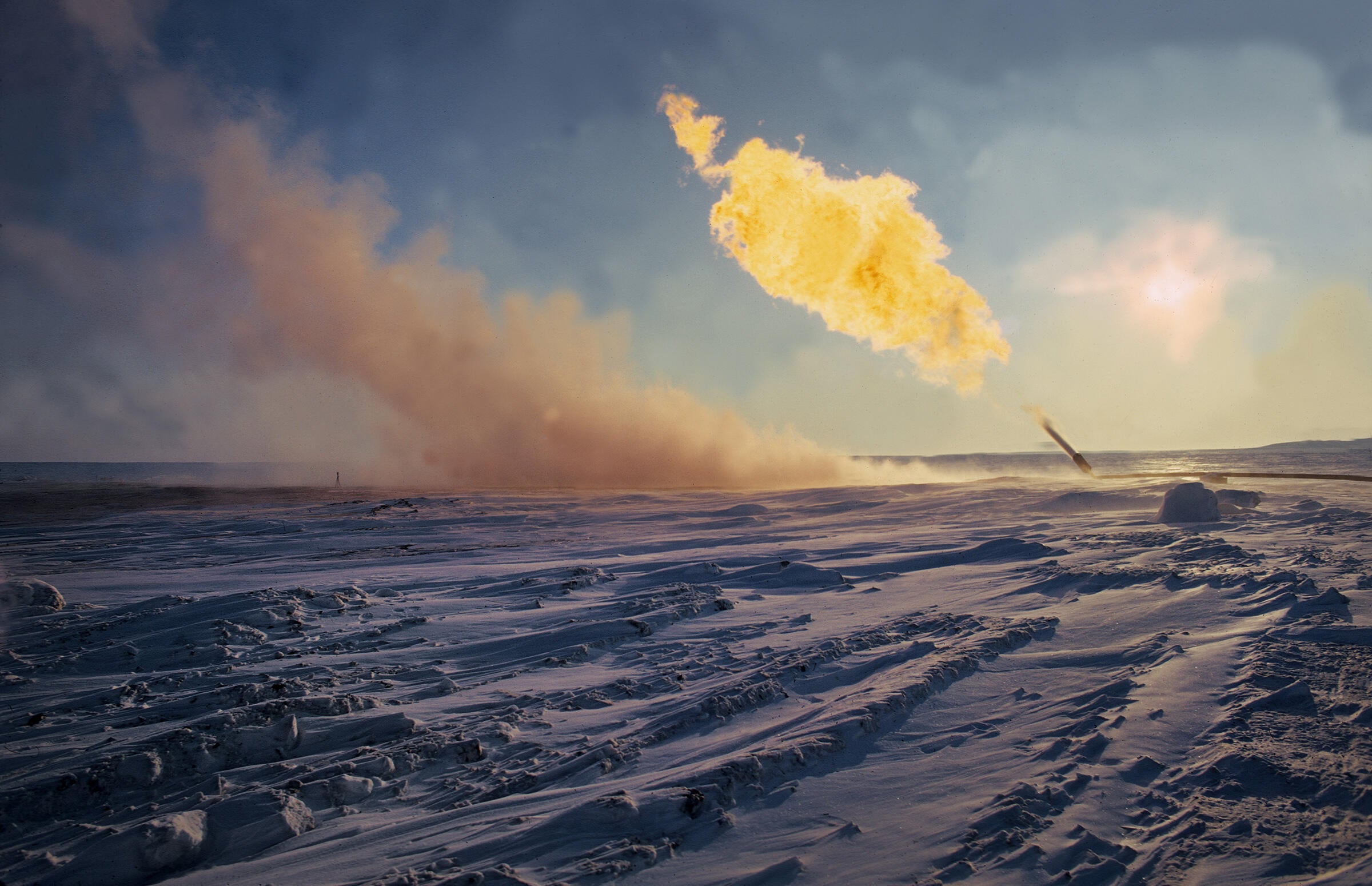 9 Images That Show How Fast The Arctic Is Changing

Take a look—life at the top of the planet will never be the same. 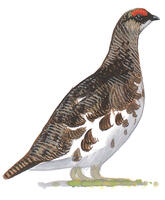 The Arctic is warming roughly twice as fast  as any other place in the world, and it shows. At the end of last winter, the maximum sea ice cover was the lowest on record. Those who inhabit this vast region—from fish that swim in the frigid waters to hardy seabirds that breed here to people who have followed reindeer migration routes for centuries—are already trying to adjust, with varying levels of success. At the same time, extensive melting is offering unprecedented access, opening up the top of the planet to development and tourism. The Arctic as we know it is slipping away.

These 9 striking images of depict how climate change is already altering the Arctic.

This flare burning off excess natural gas on King Christian Island is a beacon of the rich deposits buried beneath Canada’s frigid northern reaches. Oil and gas fields have been discovered here, on nearby Ellesmere Island, and in the Mackenzie Delta, as well as offshore in the Beaufort Sea; in all, these remote locales are estimated to hold more than 8 billion barrels of oil. Milder conditions and the opening of new shipping routes as sea ice shrinks have companies planning to tap these resources—as well as the region’s vast nickel, iron, and diamond deposits—to an extent never before possible. 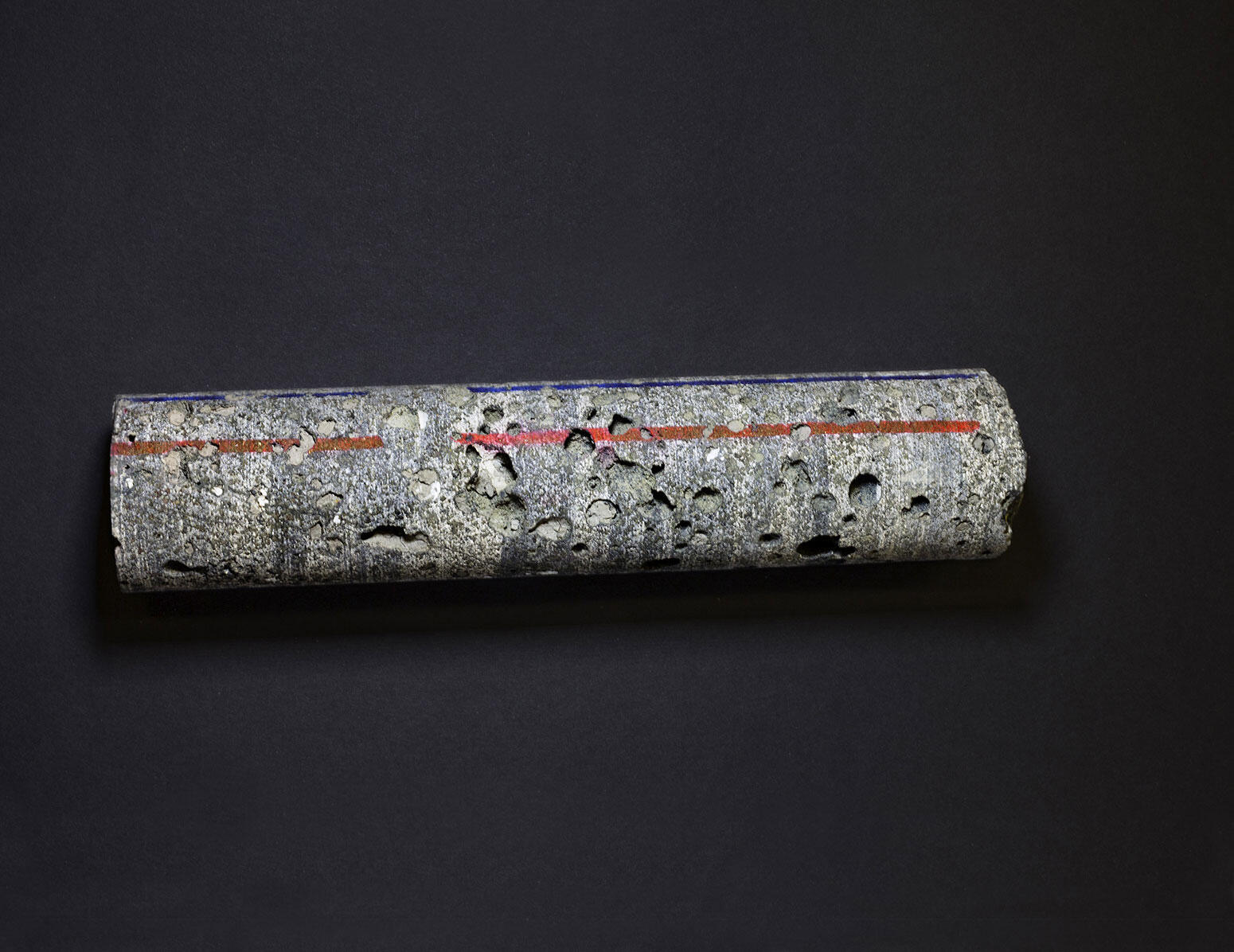 You’re looking at carbon dioxide that has been turned to stone. Geothermal energy provides nearly 70 percent of Iceland’s power, but tapping the turbine-turning volcanic heat also punctures underground pockets of CO2. To prevent the greenhouse gas from escaping into the atmosphere, since 2012 scientists with the CarbFix project have been capturing it at the Hellisheidi geothermal power plant and injecting it deep into basalt formations, where it reacts with calcium and forms calcite, a solid mineral. In just one year, up to 85 percent of injected CO2 is mineralized and forever locked away. 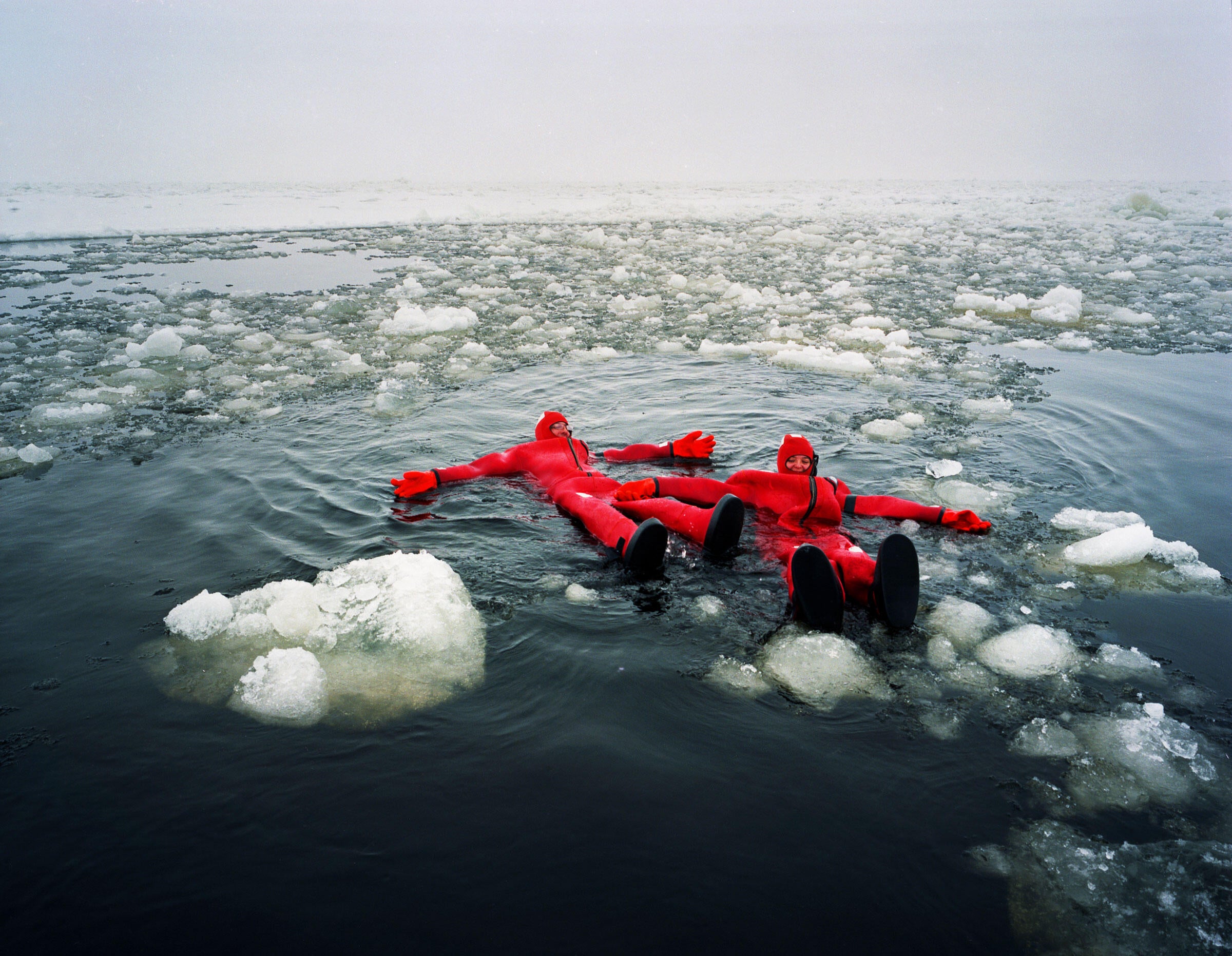 “To be truly free, all you need is the untouched wilderness and a touch of madness in your blood.” So proclaims VisitFinland.com, in its effort to entice visitors to take a dip in the icy waters of the Gulf of Bothnia (in an insulated, waterproof suit, of course). Tourism is on the rise here, especially in Lapland, an Arctic region renowned for its ski slopes, dog sledding, and expansive wilderness. Industry officials are banking on more travelers being drawn to the region as rising temperatures make the northern reaches more hospitable. But as shipping increases, permafrost melts, and storms become more severe, the notion that the Arctic is “untouched” may get to be a hard sell. 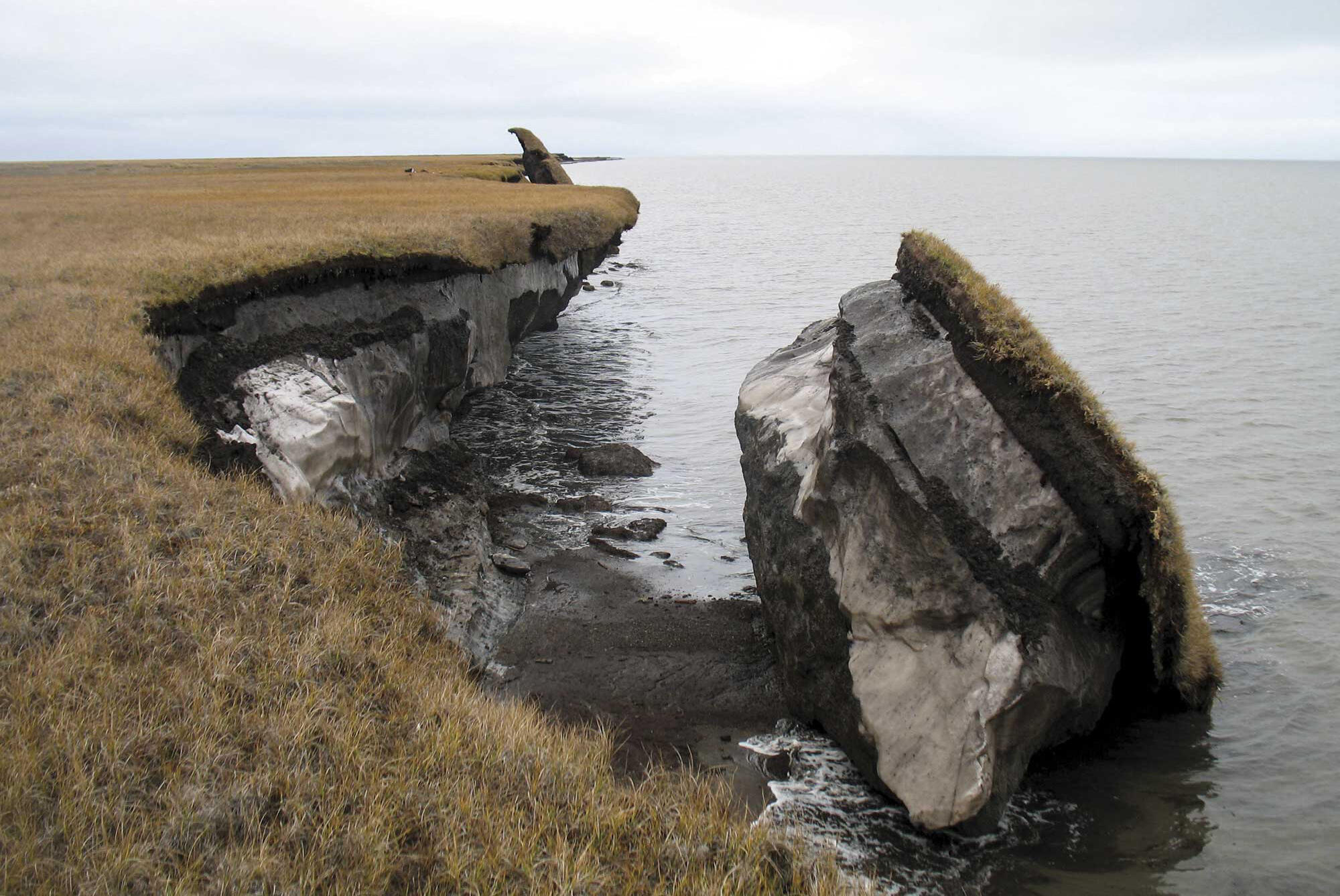 Thirty years ago, a block of permafrost broken off of Alaska’s Arctic coast, like the one seen here, might have surprised onlookers. But permanently frozen soil has been melting at an unprecedented rate over the past three decades, and collapsed chunks of land are increasingly common. It doesn’t show any signs of slowing, and a new model projects that if worldwide CO2 emissions continue at today’s rates, more than half of the permafrost on Alaska’s North Slope would be thawing by 2100. That’s cause for concern around the globe, since the frozen stuff releases carbon dioxide and methane when it melts. Dealing with the fallout from the release of greenhouse gases from permafrost could cost the world $43 trillion by 2200, according to one model. 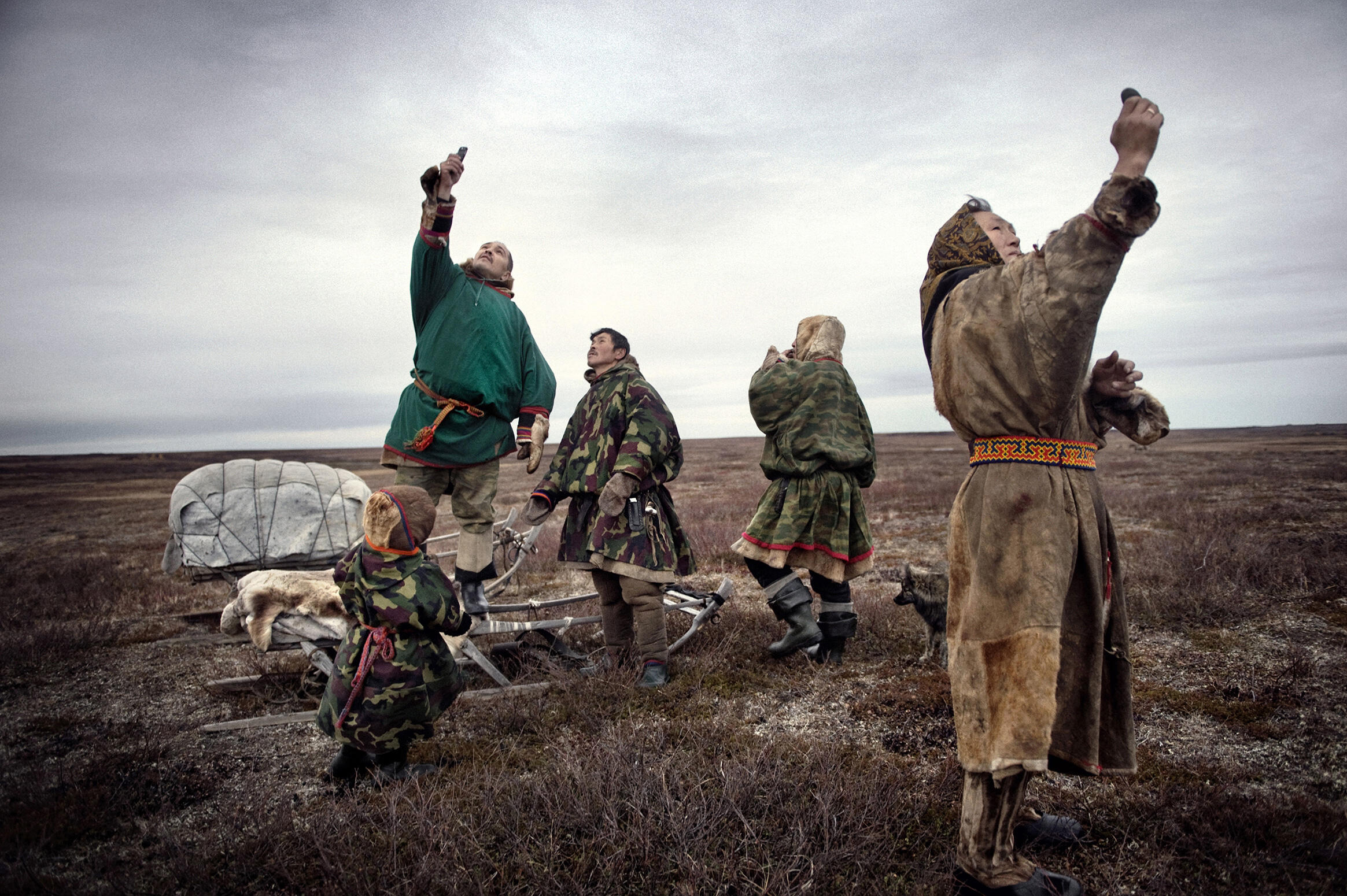 For more than a thousand years the Nenets people have herded their reindeer along the Yamal Peninsula. Recently they’ve started carrying cell phones on their ancient seasonal migrations, but bigger changes are underway: The frozen landscape they’ve long depended on is shifting beneath their feet. Melting permafrost is forcing them to find new paths through the soggy tundra, draining the lakes whose fish they eat, and freeing up new areas for oil and gas exploration. In the Nenets language, Yamal means “the end of the world.” It’s certainly going to be different. 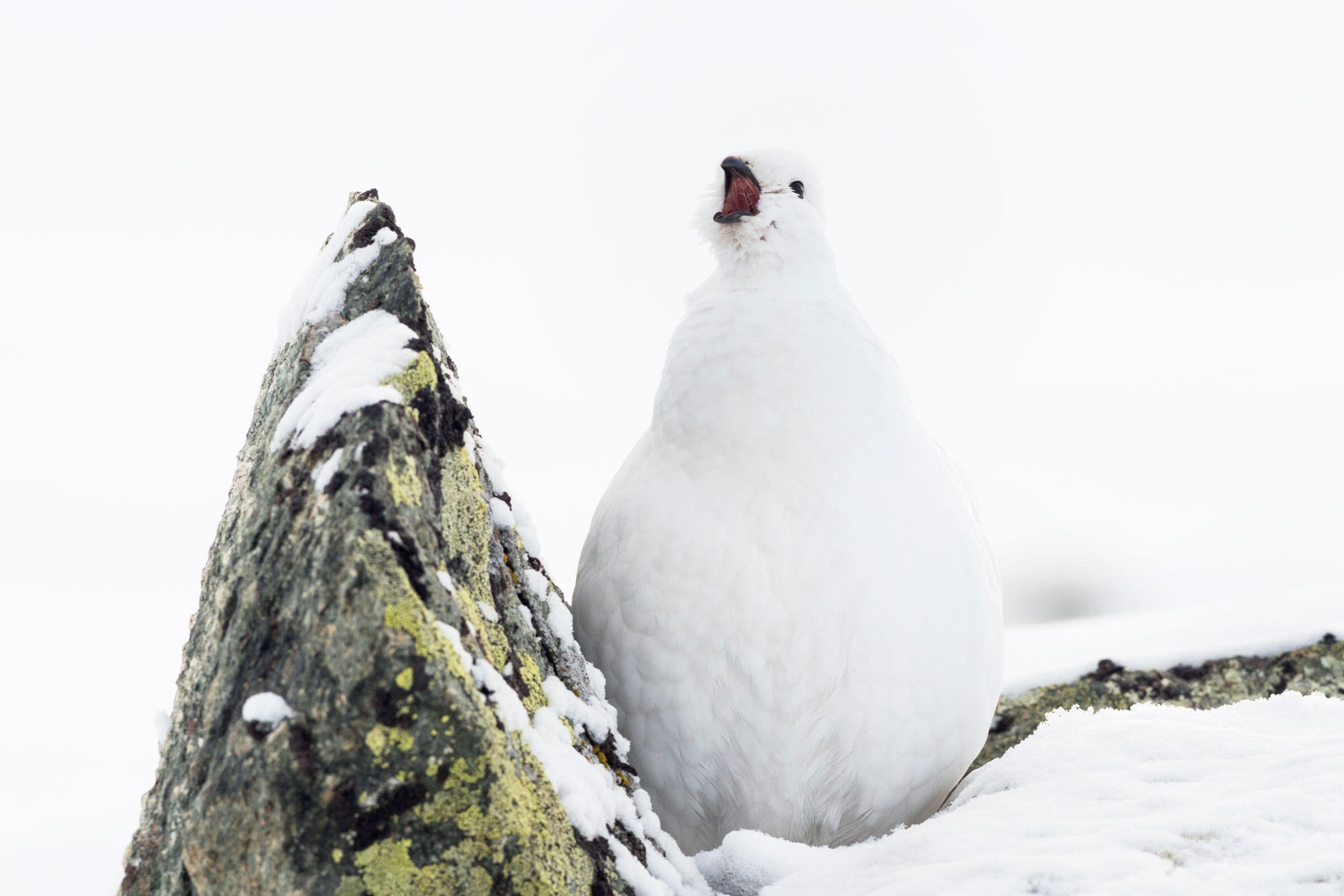 Rock Ptarmigans, like this male in winter plumage, are year-round denizens of the Arctic. The chicken-like birds stick largely to a vegetarian diet of buds, leaves, and seeds. So climate change spurring the growth of willows and other shrubs in the tundra is likely a boon to ptarmigans—at least in winter, when buds of larger plants poke above the snow. Come mating season, however, the birds depend on relatively barren, rocky ground to nest. As shrubs continue their northward march, ptarmigans and other birds that rely on open areas will find themselves competing for shrinking patches of suitable habitat. 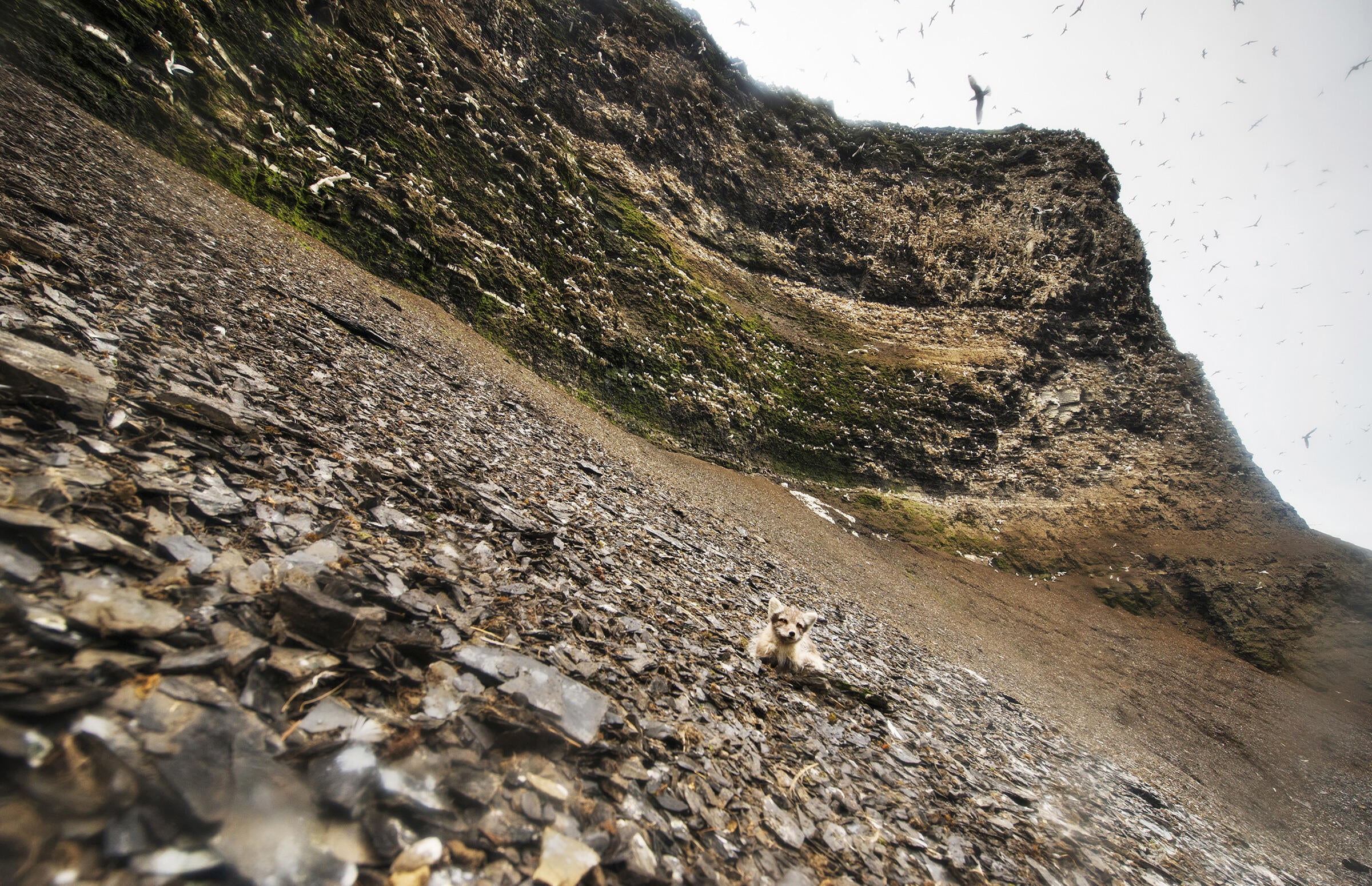 The Black-legged Kittiwake is a gull that actually merits the name “seagull,” since it winters far offshore. The birds, like the 11,000 pairs that nest on Svalbard, come ashore only to breed (where they face predation from Arctic foxes, like the pup seen here). While many larger gulls are thriving by eating our refuse, around the pole kittiwakes are waning, just like some other true seabirds. The reason may lie in the Barents Sea, where warmer waters have attracted young herring that feed on the larvae of capelin, kittiwakes’ preferred prey. The birds’ decline may be an early sign of the larger losses to come as food webs morph in warming seas. 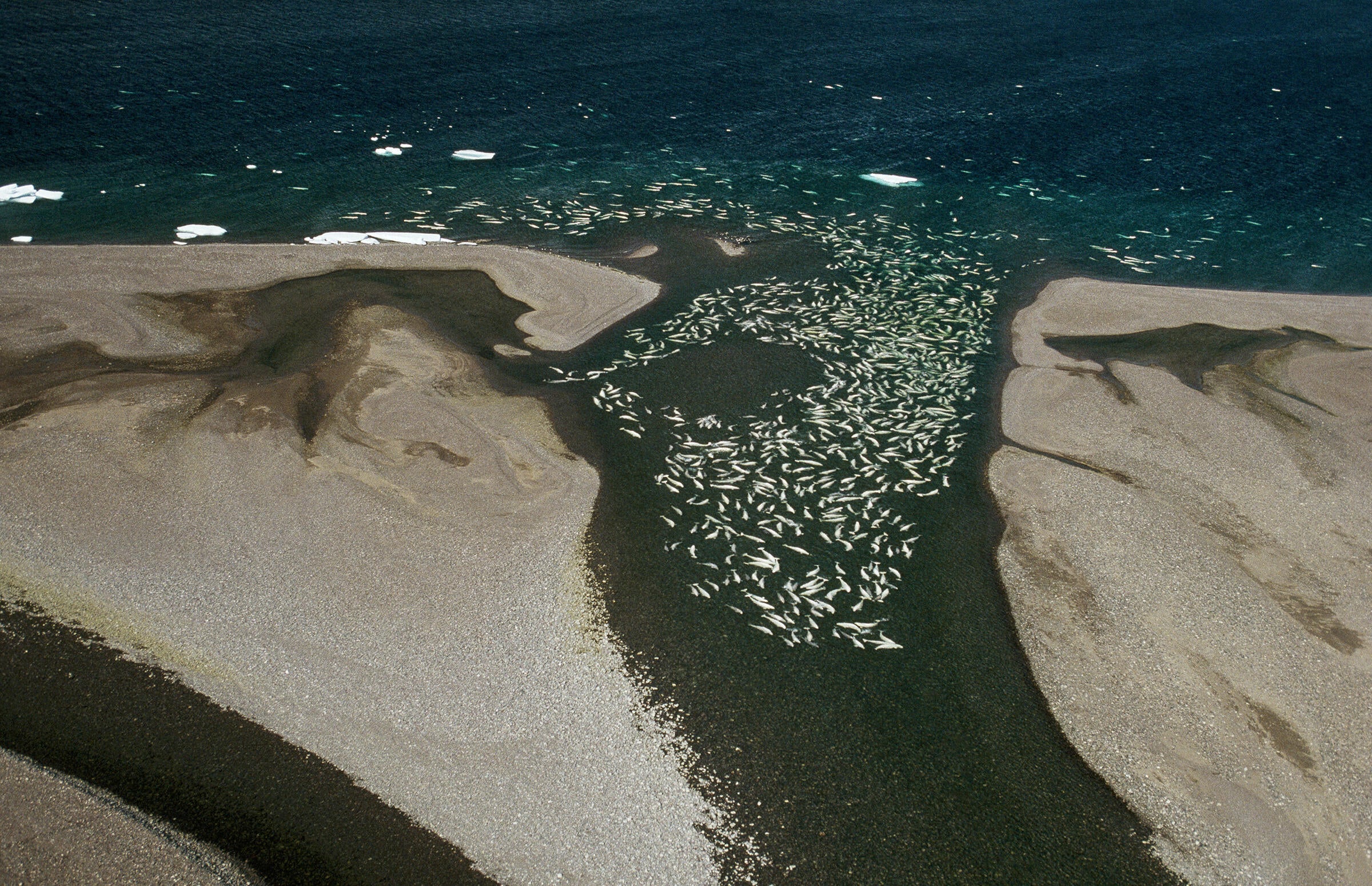 Hundreds of belugas swim into a river vein off of Somerset Island, in the Northwest Territories. This inlet, where the 13-foot-long, near-threatened whales breed and raise their young, could gain new protections if a proposal to expand a nearby marine protected area goes through. Countries at the top of the world are joining forces through the Arctic Council, an intergovernmental forum, to identify and safeguard important areas for marine diversity across the region in the coming years. With changes in the food web and more development on the horizon, marine animals in the Arctic need any help they can get. 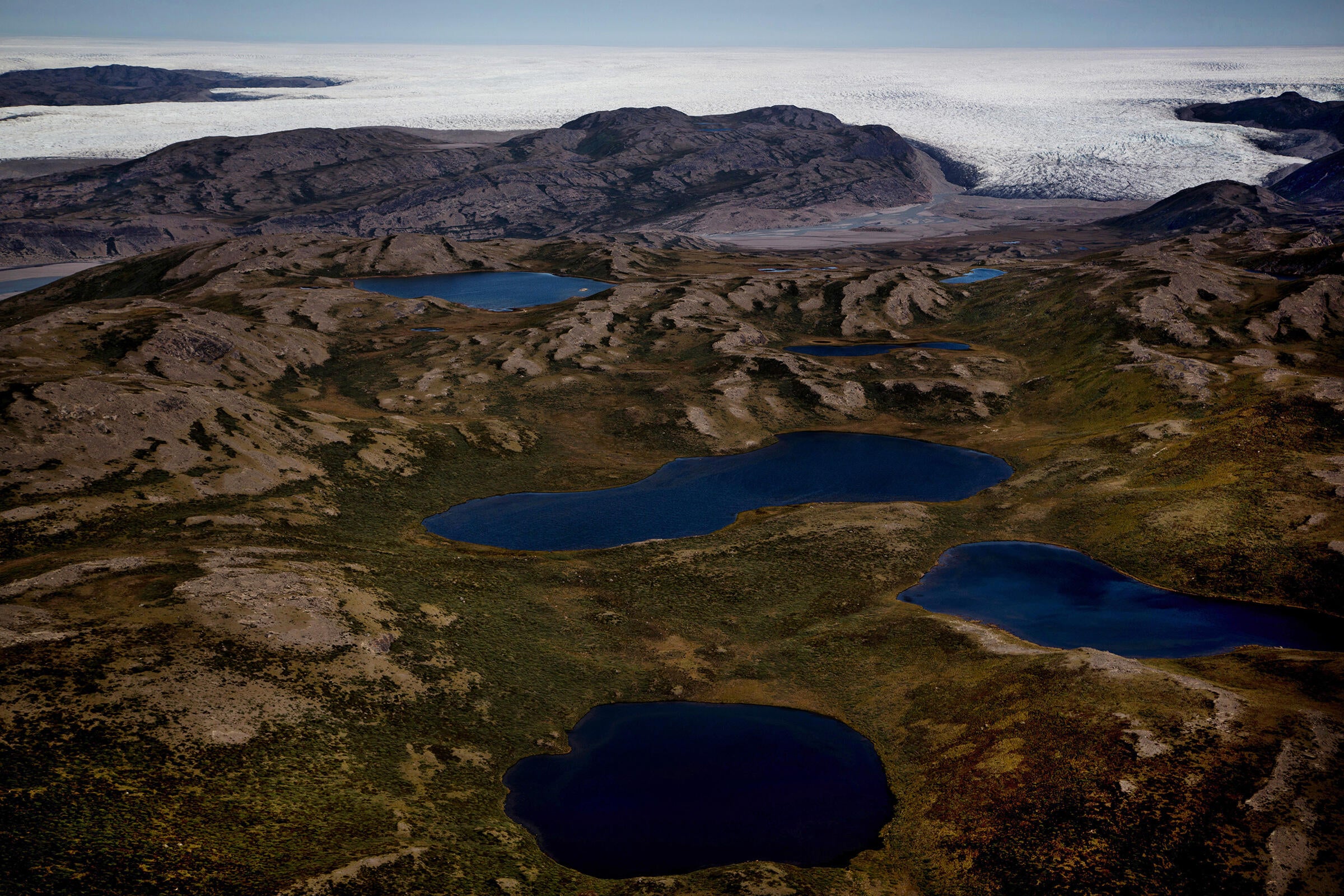 Greenland is home to one of the world’s two ice sheets, defined as a mass of frozen glacial land covering more than 20,000 square miles (Antarctica has the other, larger one). Locked in its 656,000 square miles of ice—an area nearly 2.5 times the size of Texas—is enough water to raise global sea levels by 20 feet. The sheet, more than 10,000 feet thick at its fattest point, is melting faster than ever, spewing freshwater into the ocean and exposing more and more of the underlying tundra seen here in the foreground. This summer scientists began capturing data that should lead to the first comprehensive measures of the rate of melting. Their findings could help generate more accurate forecasts of sea-level rise this century, providing invaluable information that coastal communities the world over need to prepare for the coming flood.