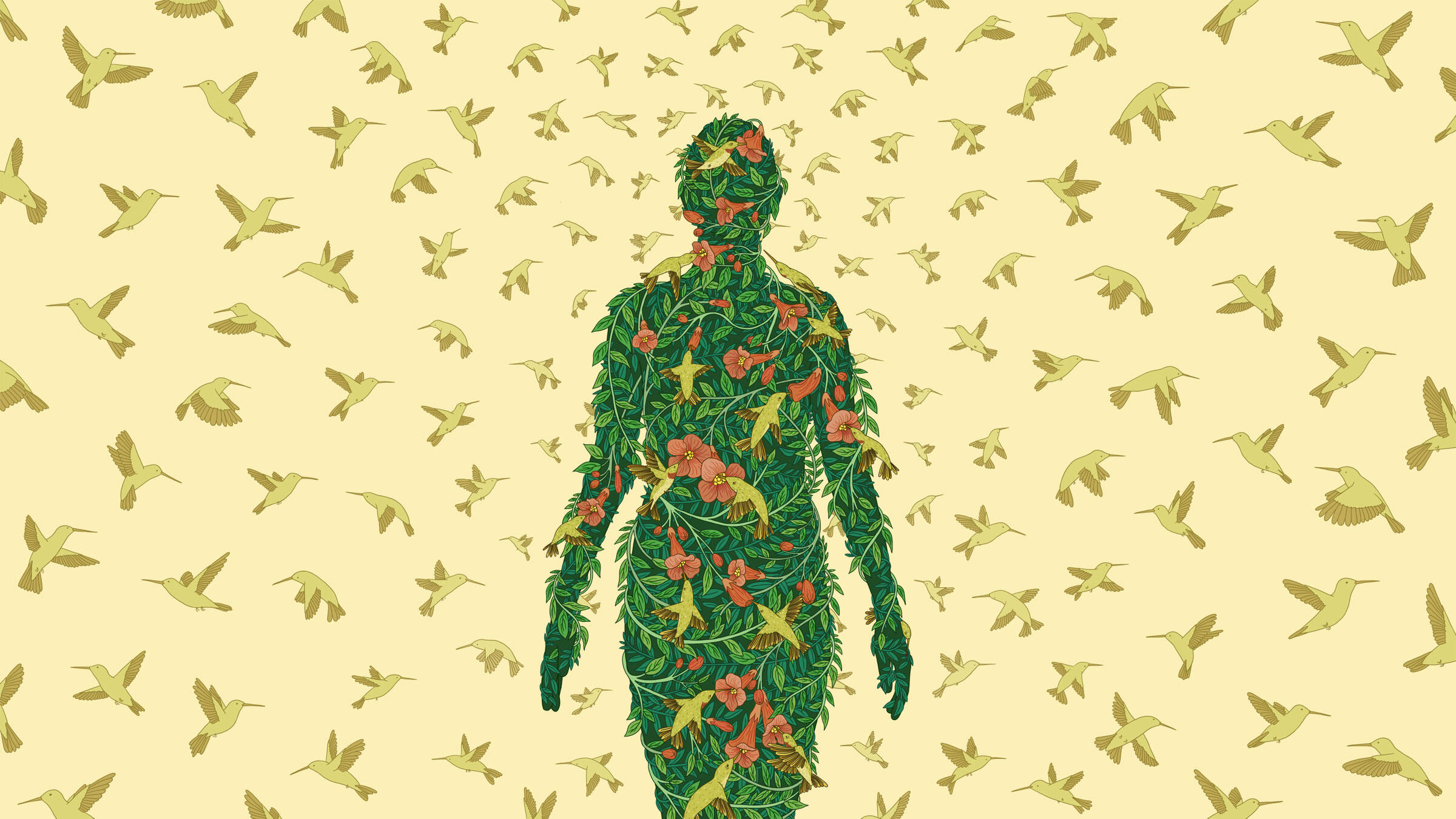 Gaby D'alessandro channels her love of Dominican home into her art.

See all of John James Audubon’s Birds of America.When 28-year-old Gaby D’alessandro moved from the Dominican Republic to New York City in 2008, she quickly became homesick for the mountains and beaches back in the D.R., so she began channeling that longing into her art.

“I’m very interested in human emotions; it’s a big part of what drives my work,” she says. “And when I’m trying to find the right symbols to evoke a feeling, they’re often nature-related.” Chance encounters with Ruby-throated Hummingbirds are at once exciting and fleeting, which appealed to D’Alessandro when she created this illustration, working on a digital tablet with Photoshop as an alternative to canvas and acrylic paint.

Hummingbirds are “otherworldly,” she says, “such unusual and incredibly small birds, with exotic coloration and unique flying abilities.” D’Alessandro marvels at how the tiny migrants can fly nonstop for 20 hours and 500 miles across the Gulf of Mexico each spring and fall. Many other remarkable avian feats will be on her mind as she prepares for an upcoming multi-artist exhibition titled Pájaro, Spanish for “bird,” scheduled to open in late April in Santo Domingo.

See all of John James Audubon’s Birds of America.