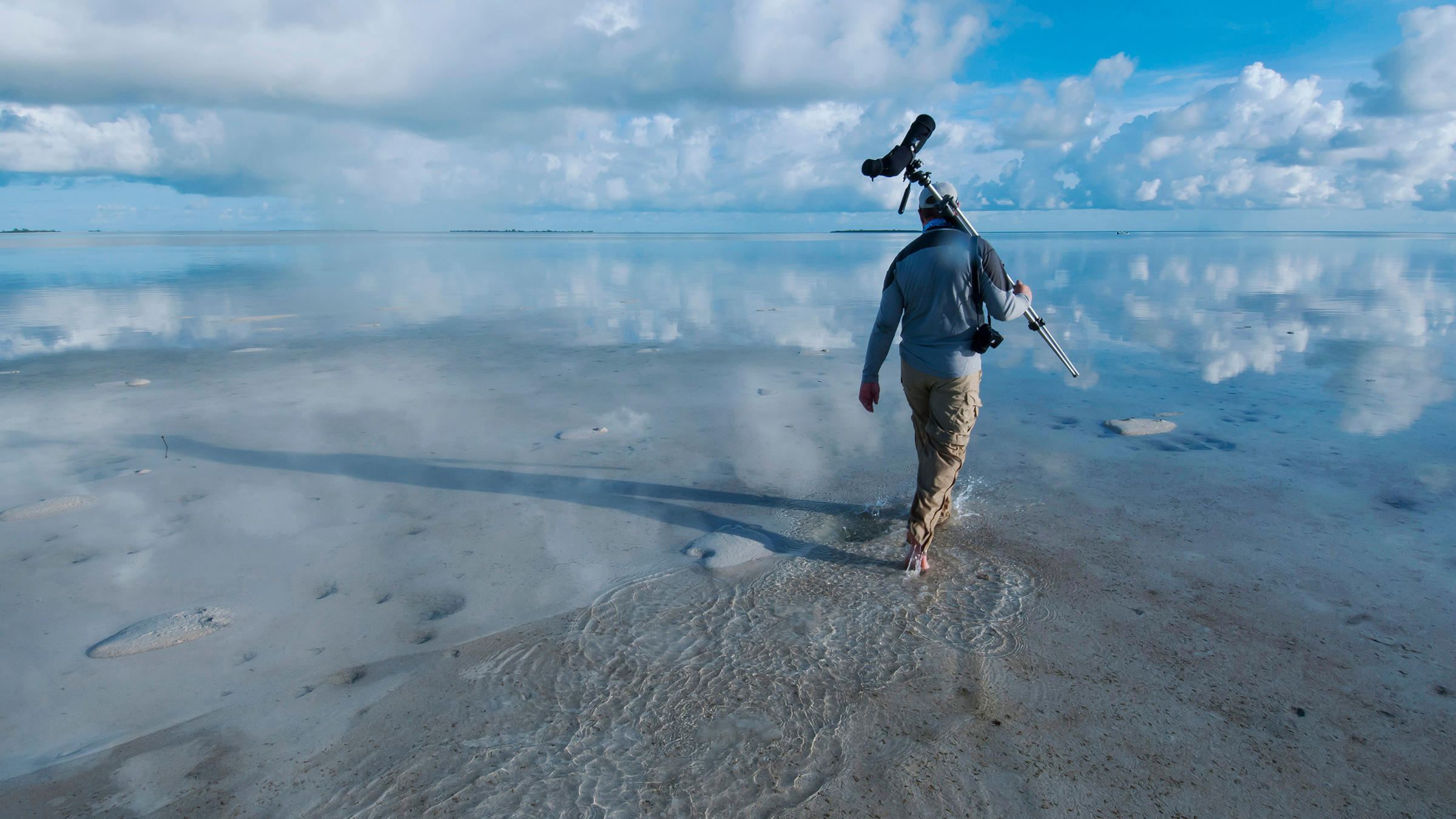 In 2012, when Audubon scientists Matt Jeffery and Walker Golder discovered hundreds of Piping Plovers wintering at Joulter Cays, a smattering of remote, uninhabited islands in the Bahamas, it was something of a coup. Worldwide, the Piping Plover is a near-threatened species (the global population is estimated at just 8,000 breeding birds), and any new knowledge about its winter hideout would offer a fresh opportunity for protection. But once the exhilaration of the discovery wore off, Jeffery and Golder were faced with a question: What next?

The two shorebird experts knew they had to find a way to guard Joulter’s plovers—sand mining, overfishing, and pollution all pose big threats to the local ecology. The answer, they decided, was to persuade the Bahamian government to designate the area as a national park.

To build a case for Joulter’s ecological significance, Jeffery and Golder teamed up with the Bahamas National Trust, an NGO tasked with preserving the country’s natural resources. The partners surveyed the birds in the islands and found that at least 4 percent of the world’s Piping Plovers winter there—the second-highest known concentration, after Texas. They also came up with significant numbers of Short-billed Dowitchers, Reddish Egrets, Red Knots, and Clapper Rails.

“The protection of shorebirds really vaulted [Joulter Cays] to a higher level of importance and urgency,” says Eric Carey, executive director of the Bahamas National Trust. The BNT also surveyed Joulter’s vast coral reef and inventoried the many marine species that would benefit from protection, including bonefish and sponge populations—both of which are important to the Bahamian economy. By the time they were finished, the conservationists had put together a solid argument that protecting Joulter would be a boon for wildlife and local communities alike.

The government agreed. In September, when the Bahamas added 11 new national parks to its roster, Joulter’s 92,000 acres of land and sea were among them. “This is a great victory for heroic birds that don’t know borders and for the people who depend on the shores and waters of the Joulter Cays to make a living,” says Audubon President and CEO David Yarnold.

That doesn’t mean the work is over. Although Joulter’s new status brings an immediate end to the threat of sand mining, the BNT still has to write a management plan to regulate fishing, boats, and foot traffic in the park. “The designation takes certain threats off the table,” explains Jeffery. “But that’s only the first step.” Still, 92,000 acres is a mighty big step.