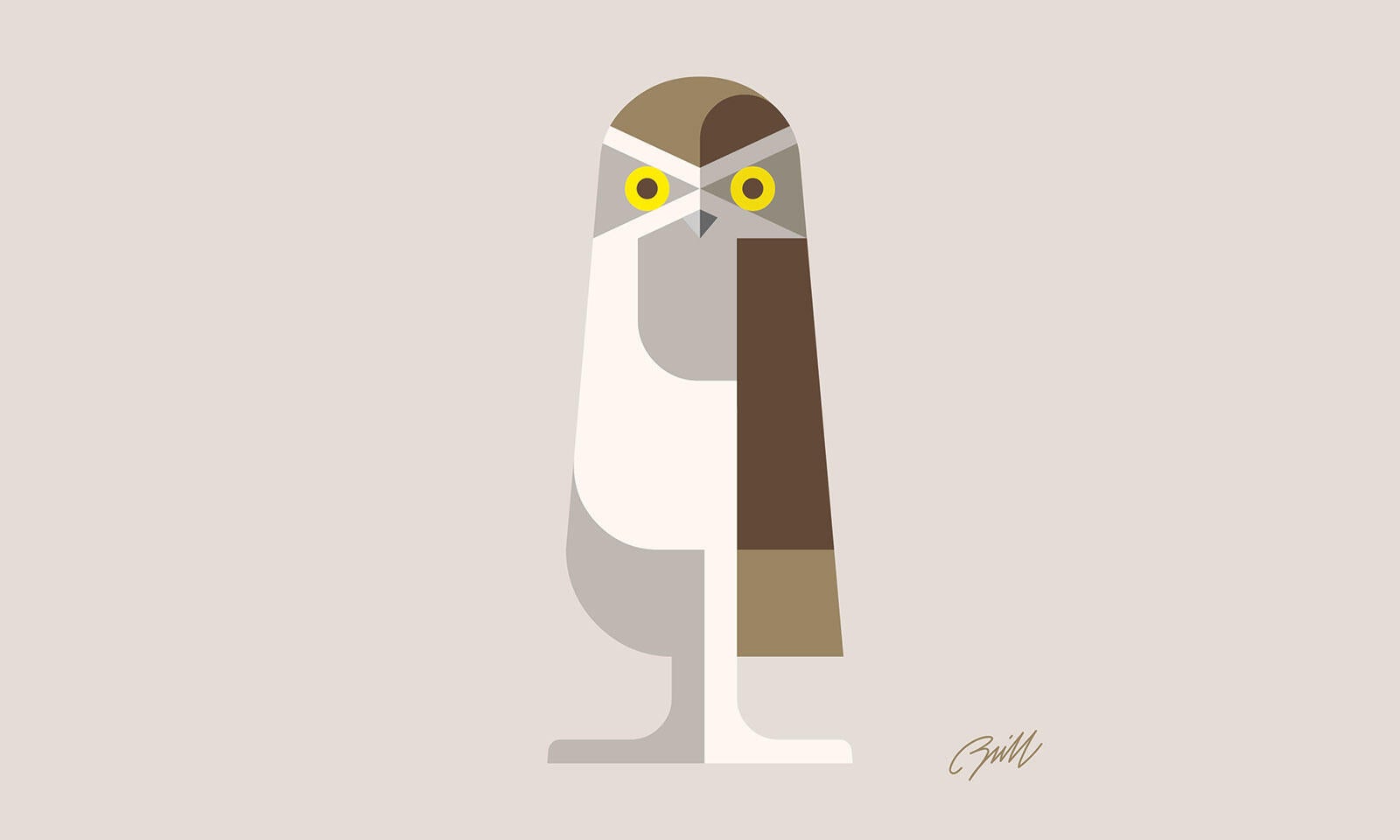 The Burrowing Owl’s attitude—somewhere between curiosity and paranoia—is what appealed most to Maine artist Josh Brill, who is known for his geometrical graphic illustrations. Brill says he was trying to capture the owl’s locked-in-shock body language to leave the viewer wondering what the bird’s next move might be.

You could say his rendering serves as a metaphor for what the Burrowing Owl faces—and the questions conservationists must confront as they try to navigate the uncertainties ahead. West of the Mississippi, Burrowing Owls are already challenged with habitat loss as many of the prairie dog towns where they nest are being plowed under. These owls may be capable of adapting to shifting habitats, but the prairie dogs stay grounded. (The Florida owl subspecies, capable of digging its own burrows, may be more flexible.)

Nobody can know for certain what the future holds for these owls or for any of the other birds that will be affected by climate change. Right now we appear to be like Brill’s bird—caught in shock, wondering what move to make next. Unlike the owl, we can’t just bob down into a burrow.