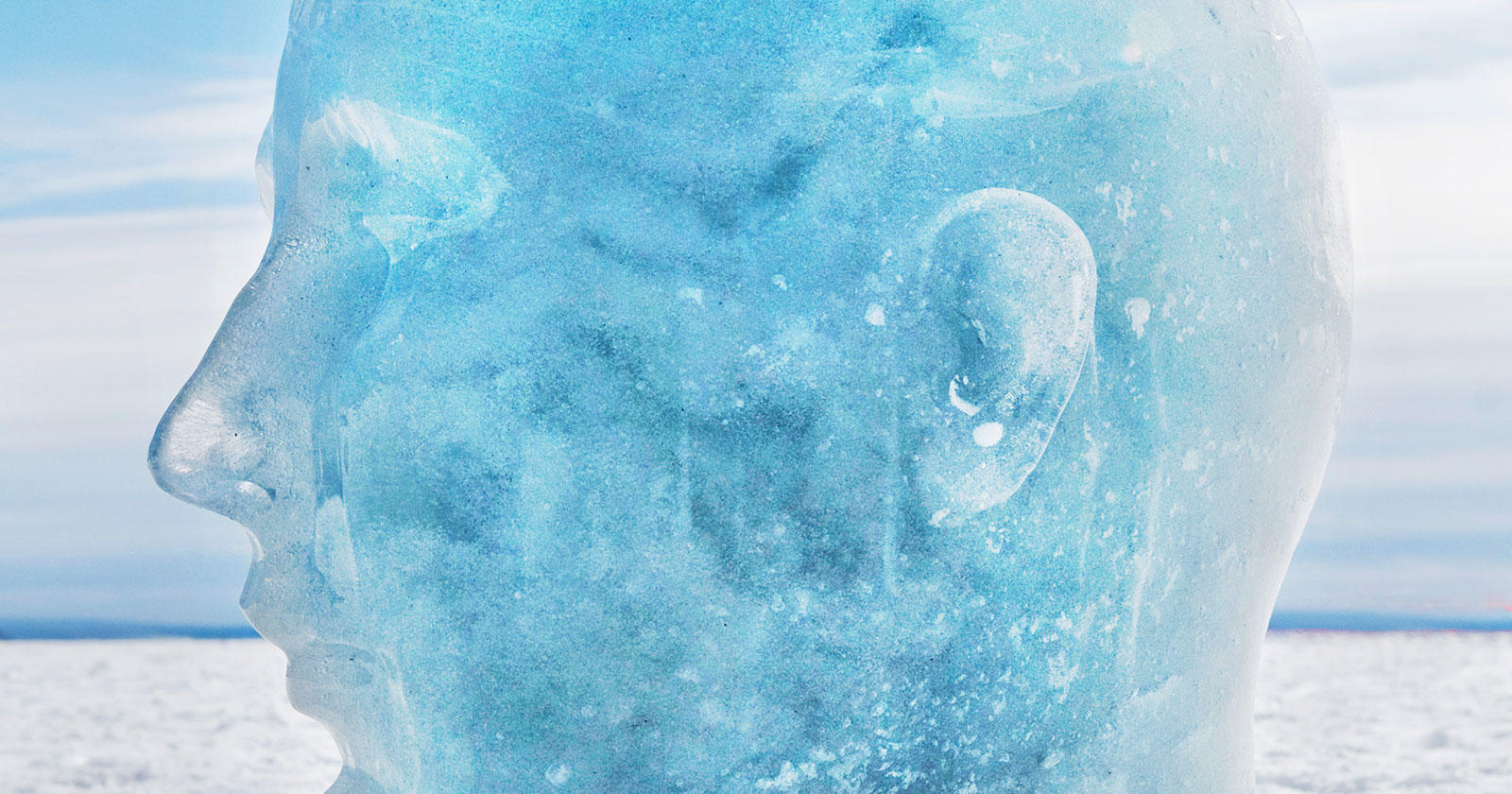 Rethinking How We Think About Climate Change

Beyond politics and paralysis lies a way forward—to action. 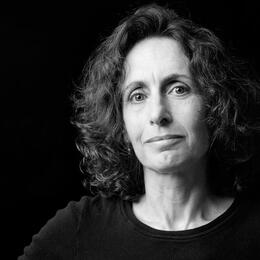 The first climate models were developed in the 1970s, when computer programming was still done using punch cards. They were relatively simple affairs that reduced the world and its infinite complexity to a series of enormous boxes. When carbon dioxide was added to the models’ idealized atmosphere, the result was warming so dramatic that, in the summer of 1979, the National Academy of Sciences convened a panel to look into the matter. After meeting for a week in Woods Hole, Massachusetts, the group issued a brief report with a conclusion it described as “disturbing.” The scientists had searched for flaws in the models, but found none.

“If carbon dioxide continues to increase, the study group finds no reason to doubt that climate changes will result and no reason to believe that these changes will be negligible,” the report stated. “A wait-and-see policy,” it observed, “may mean waiting until it is too late.”

Since 1979, of course, entire libraries’ worth of reports on climate change have been written, with forecasts that have grown increasingly detailed and dire. And yet we continue to wait—decade after decade, even as the earth has indeed been warming, much as those early models predicted. In the years since that first study, average global temperatures have increased by about one degree Fahrenheit. As a result, the subtropics have migrated poleward, which has increased the risk of drought in such highly populated parts of the world as the Mediterranean Basin and southwest Asia. The Arctic ice cap has shrunk by nearly half, coastal storms have become increasingly destructive, and millions of acres of forest in the American West have been killed off by warming-related pest infestations. Just a few months ago two groups of scientists separately concluded that a large segment of the West Antarctic Ice Sheet has begun irreversibly to melt away; this will eventually raise global sea levels by four feet. In an effort to track the changing climate, many—perhaps most—species are on the move, and a growing number are threatened with extinction. During the same time period, carbon dioxide emissions have soared, from about 18 billion metric tons per year to almost 37 billion metric tons per year.

How is it, these social scientists want to know, that despite the ever-more-urgent warnings and ever-more-conclusive evidence, the world in general—and the United States in particular—has failed to take meaningful action?

All of which has led to a new round of studies, not on the impacts of climate change but on our response—or, perhaps more accurately, our lack thereof. As climate scientists sound the alarm about the increasing risks of ignoring the models, sociologists, psychologists, and legal theorists are exploring why we continue to do so. Call it “cli-psy.” How is it, these social scientists want to know, that despite the ever-more-urgent warnings and ever-more-conclusive evidence, the world in general—and the United States in particular—has failed to take meaningful action?

Some say the problem is communication.

Regardless of the archives full of reports, pseudo-science on climate change still gets a lot of play. This pseudo-science, which is often purveyed by industry-funded groups like the Heartland Institute, frequently gets set up against genuine science. The result—which presumably is what these groups are hoping for—is that the public ends up confused.

“The single most common myth about climate change among Americans is that there’s a lot of disagreement among the experts,” says Ed Maibach, director of the Center for Climate Change Communication at George Mason University. “And the reason why they think there is a lot of disagreement among the experts is because there was an intentional strategy to sow the seeds of doubt.” Polling shows that the public is largely ignorant of the scientific consensus on climate change. In a survey conducted in March by Maibach’s group and the Yale Project on Climate Change Communication, respondents were asked, “What percentage of climate scientists think that human-caused climate change is happening?” Only one in 10 gave the correct answer, which is “more than 90 percent.”

To counter this, Maibach argues, it’s important that scientists themselves speak out and let the public know that, at least in terms of the geophysics, there is no controversy about climate change. This past spring he worked with the American Association for the Advancement of Science to address the issue head-on by launching a public information campaign titled “What We Know.”

“Based on the evidence, about 97 percent of climate scientists agree that human-caused climate change is happening,” the campaign’s website states.

“We think there’s been a huge communication failure among members of the climate science community, because the myth was essentially a lie about what they believe,” Maibach says. “It turns out that if you actually supply a number that quantifies the consensus, it has a really strong impact on changing people’s perceptions.”

According to a second school of thought, our collective inertia is rooted not so much in how the science has been communicated as in how it’s become tangled up with other issues. “What you ‘believe’ about climate change doesn’t reflect what you ‘know,’” argues Dan Kahan, a professor at Yale Law School who studies risk perception. “It expresses ‘who you are.'”

Kahan cites the results of a survey taken last year by the Pew Research Center. The survey was designed to test basic scientific knowledge, and it posed questions like “What is the main function of red blood cells?” When respondents were asked what gas “most scientists believe causes temperatures in the atmosphere to rise,” 58 percent chose the correct answer: “carbon dioxide.” There was little difference in the proportion of Democrats and Republicans who got the answer right; among the former it was 56 percent, among the latter it was 58 percent. (Among Independents, 63 percent chose correctly.)

But polls that ask Americans about their own beliefs on global warming show a significant partisan divide. In another Pew survey, taken earlier this year, 66 percent of Democrats said they believed that human activity was the “main cause” of global warming, while only 24 percent of Republicans did. Given their answers on the previous survey, this suggests there are many Democrats who don’t know what’s causing climate change but still believe humans are responsible for it, and many Republicans who do know yet still deny that humans play a role. And what this shows, according to Kahan, is that people’s views on climate change are shaped less by their knowledge of the science than by their sense of group identity. To break the political logjam, he argues, Americans need to find ways of talking about climate change that don’t require members of one group or the other to renounce their cultural identity.

“If you show people there is some way of responding to the problem that’s consistent with who they are, then they’re more likely to see the problem,” Kahan says. Kahan’s own research has shown that people who might be identified as technophiles are more likely to concede that climate change is a problem if they are given information about possible technological fixes, such as geoengineering.

Kari Marie Norgaard, author of the book Living in Denial: Climate Change, Emotions, and Everyday Life, is a sociologist at the University of Oregon who has studied how people talk—or don’t talk—about climate change. She, too, believes there’s a strong cultural component to Americans’ attitudes, but she sees the problem as reflecting the strategies people use to avoid painful subjects.

Norgaard argues that it’s hard even for people who are privately worried about climate change to discuss the issue in public, because they feel guilty about the situation and, at the same time, helpless to change it. “We have a need to think of ourselves as good people,” she says. The lack of discussion about the issue feeds itself: People believe that if it really were a serious problem, others would be dealing with it. “It’s difficult for people to feel that climate change is really happening, in part because we’re embedded in a world where no one else around us is talking about it,” Norgaard says. “It becomes a vicious cycle between the political gridlock and the cultural and individual gridlock.”

What could possibly break this cycle? Norgaard is encouraged by the fact that President Obama has, in the past several months, been speaking out about climate change and has announced several new initiatives to combat the problem. Most significantly, in June the Environmental Protection Agency proposed new regulations to limit carbon emissions from power plants; if these regulations go into effect—they’re expected to face years of litigation—they will cut power plant emissions 30 percent by 2030. It’s precisely because Americans are so divided on the subject of climate change that the administration felt compelled to issue new rules on emissions, rather than pursuing legislation. Still, Norgaard argues, the president’s actions could alter the political dynamic.

“I do believe that large-scale change from the top could be very powerful,” she says. She is also optimistic about the potential influence of strong statements on the subject made recently by several Republican business leaders, including Henry Paulson, who served as Treasury Secretary under George W. Bush. Paulson compares ignoring the signs of climate change to ignoring the signs leading up to the 2008 financial crisis. “Just as we confronted global financial catastrophe in 2008, today, with climate change, we face outsize risk with enormous potential for harming our way of life,” he told Audubon. The good news, says Paulson: “The most severe risks can still be avoided through early investments in resilience and other immediate actions we can take now to reduce the pollution that causes global warming.”

Such talk could mobilize more people to “feel hopeful, to feel like there’s something they can do,” Norgaard says. “I think there are probably multiple levels at which we could break this cycle.” And although, after more than 30 years of ignored warnings, the challenge has grown all the more daunting, she says, “I don’t believe we get to give up.”

Elizabeth Kolbert writes for The New Yorker. Her most recent book is The Sixth Extinction: An Unnatural History.