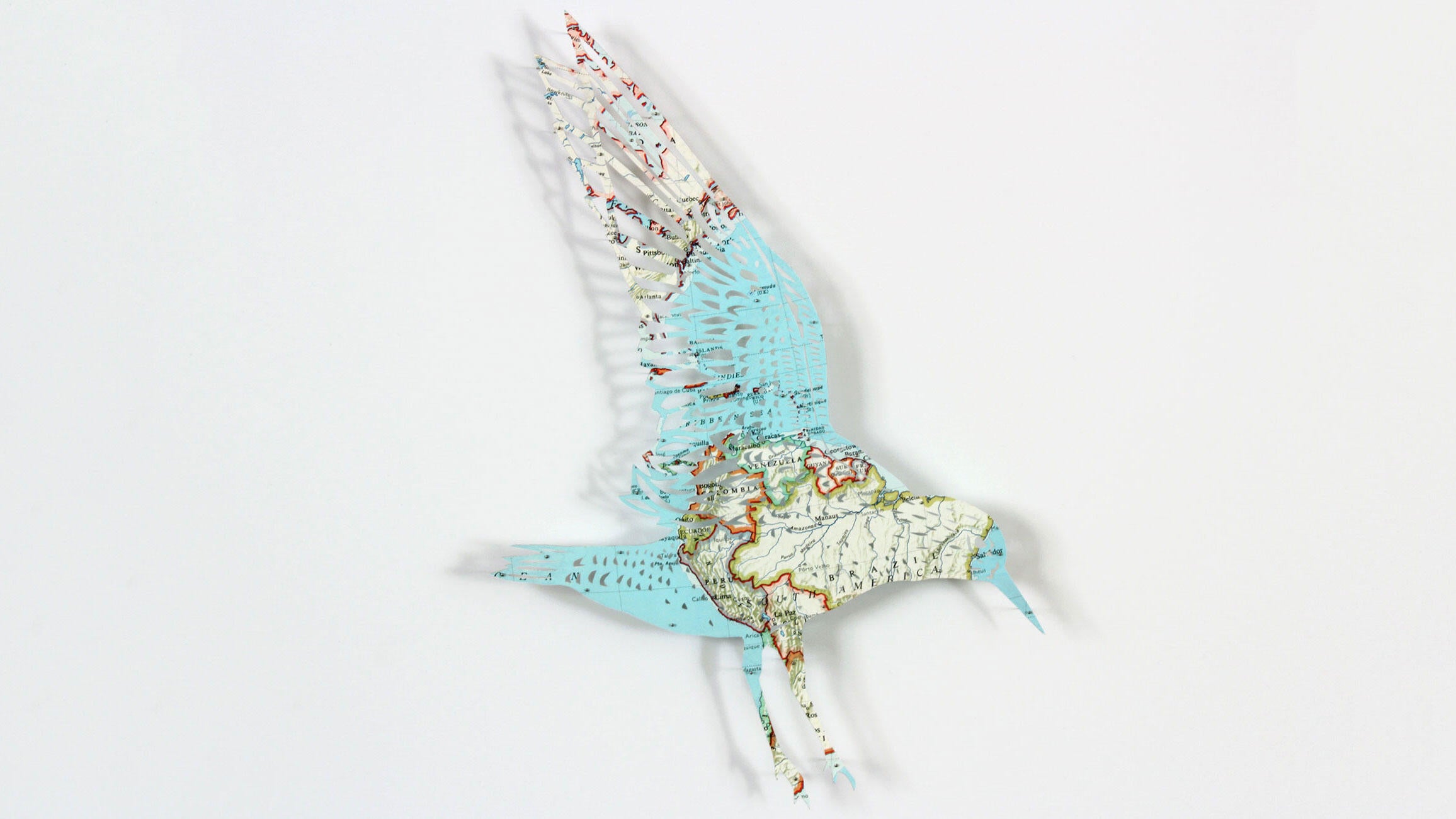 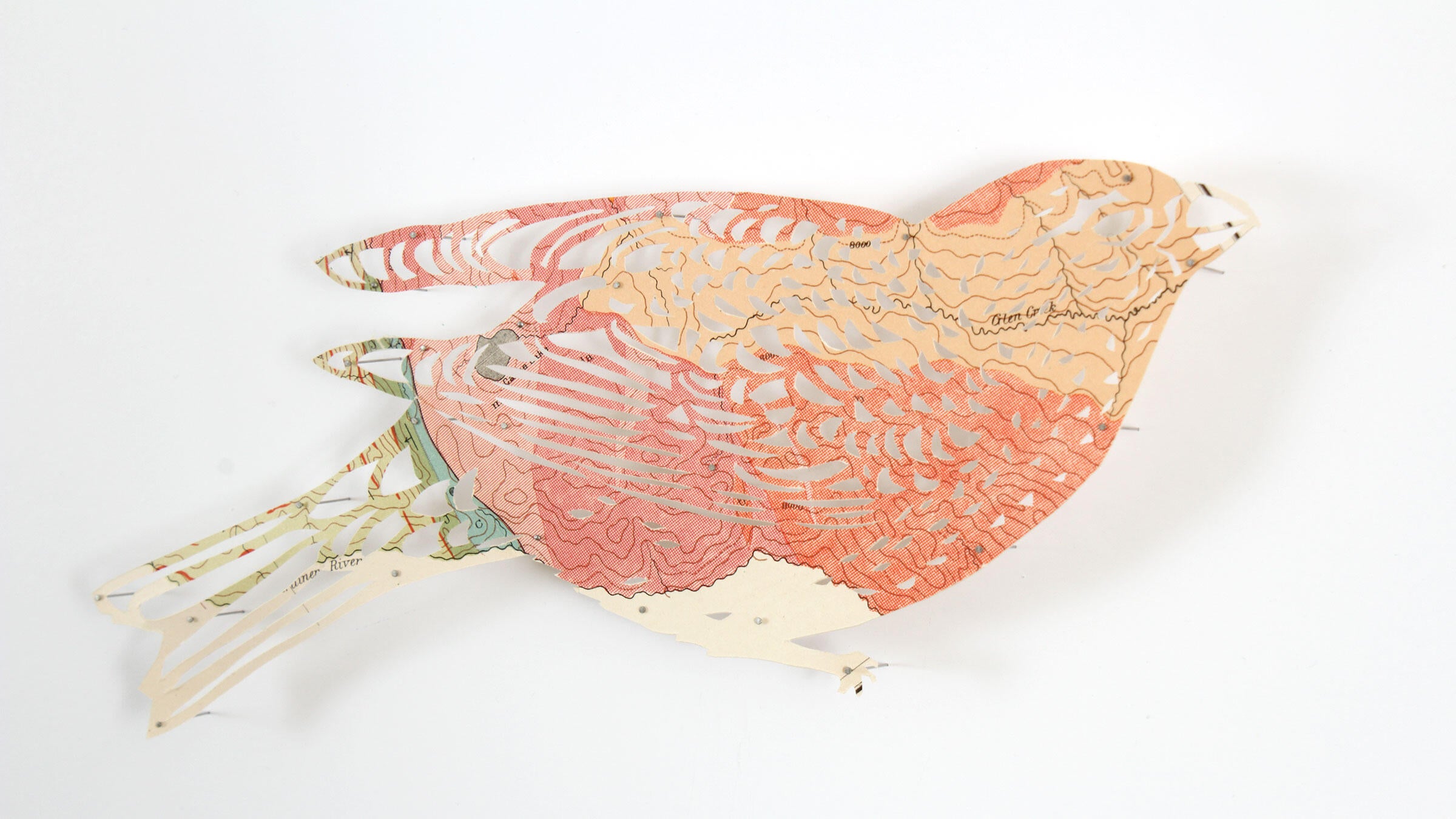 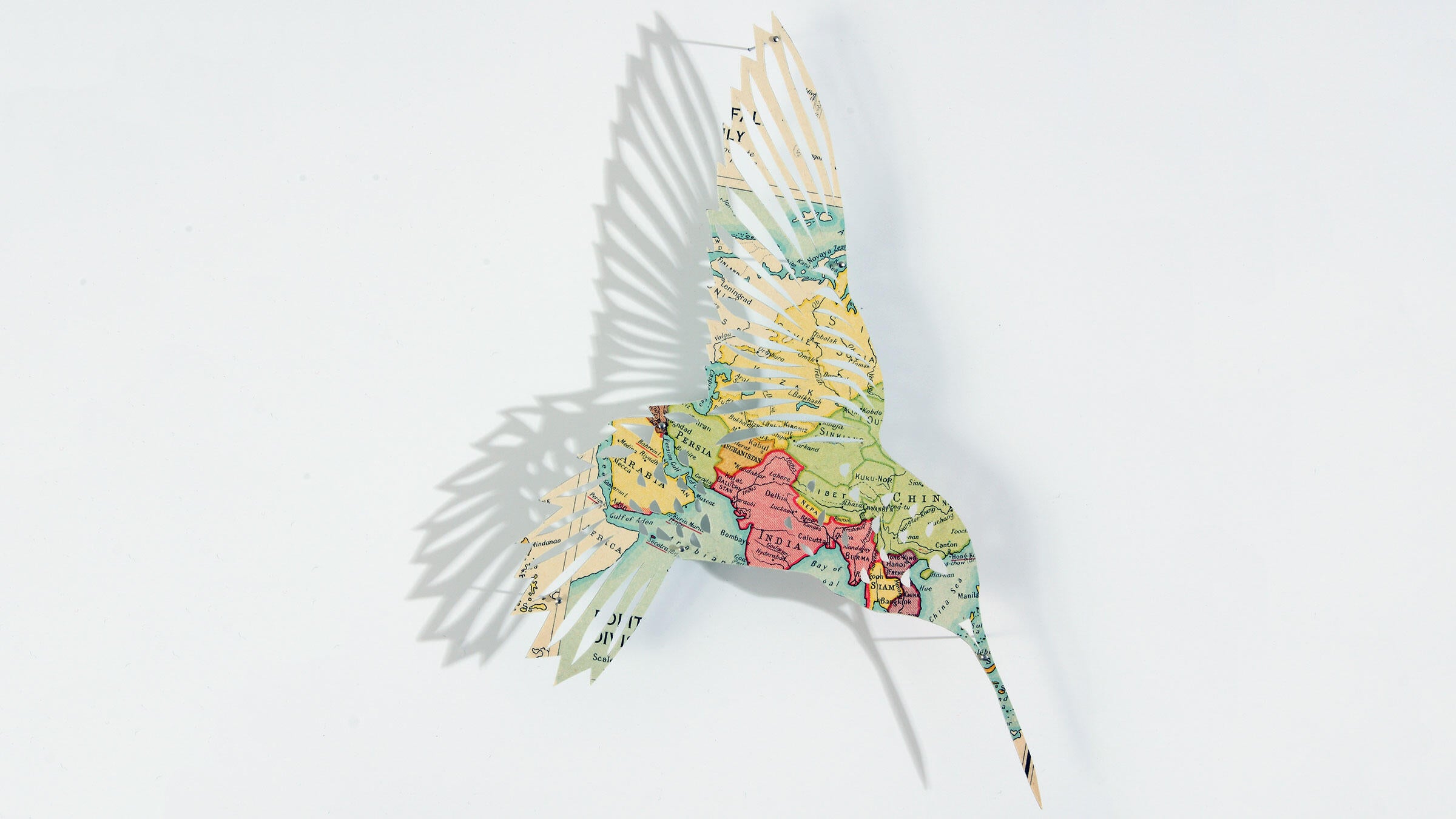 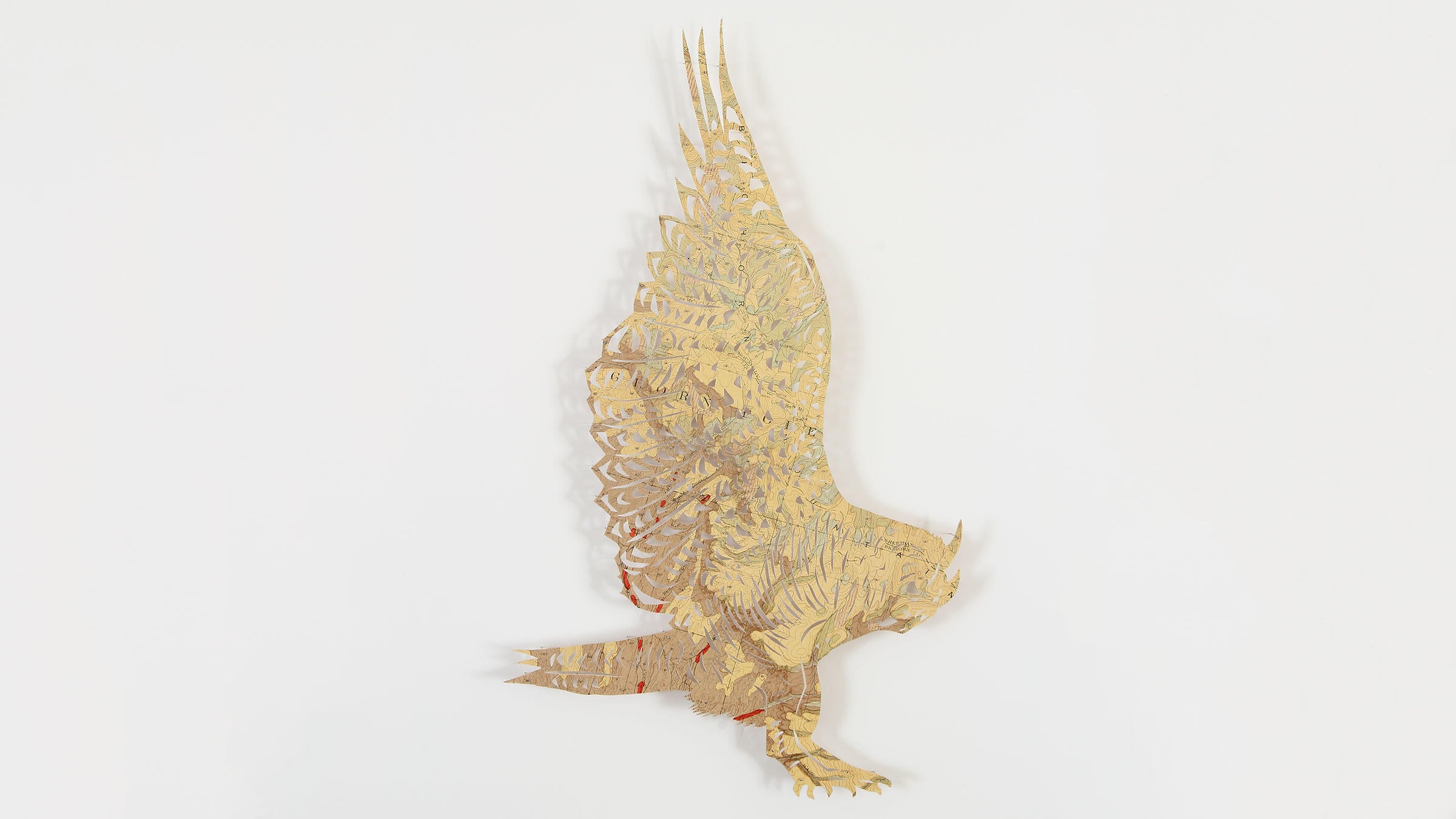 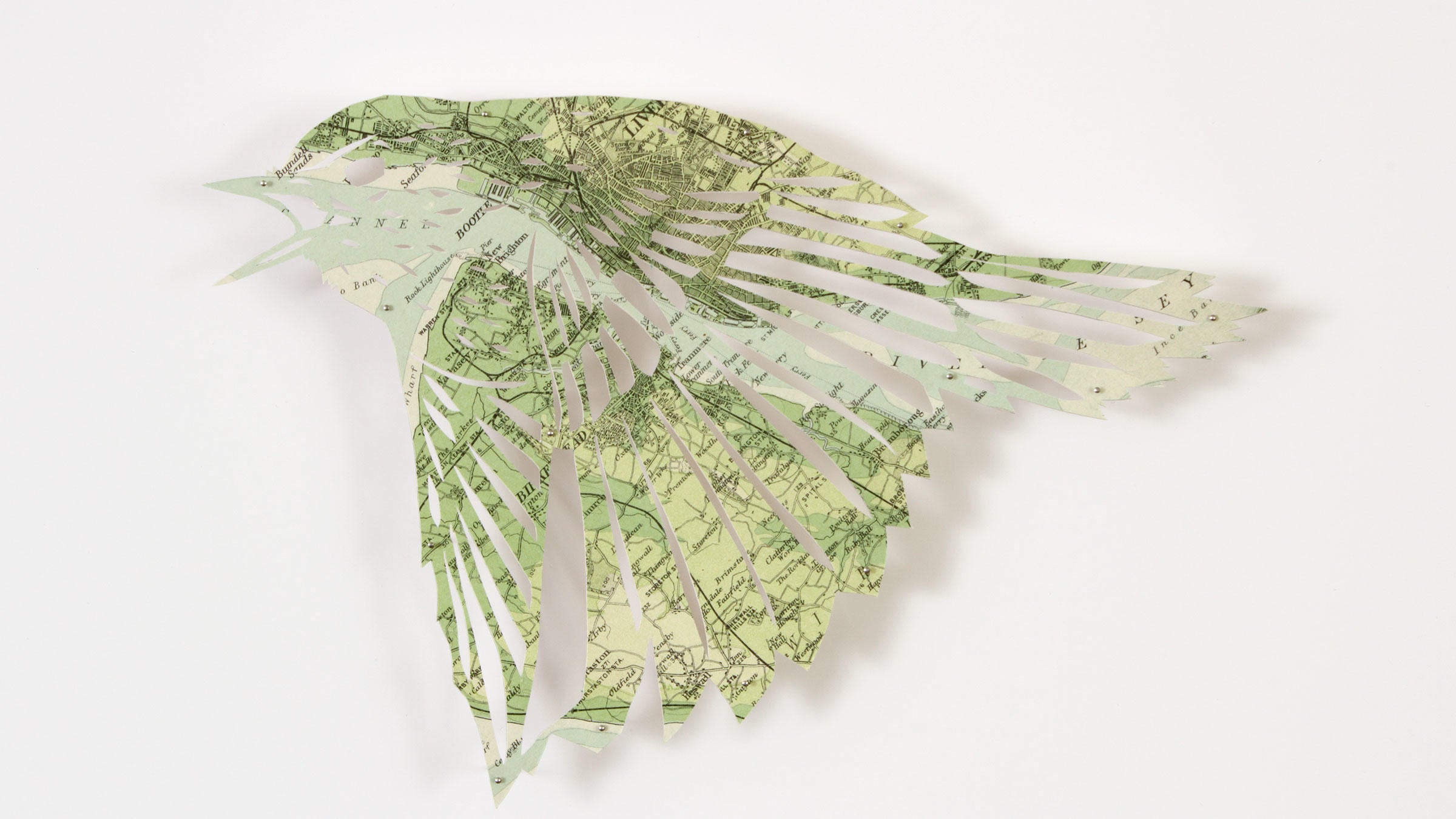 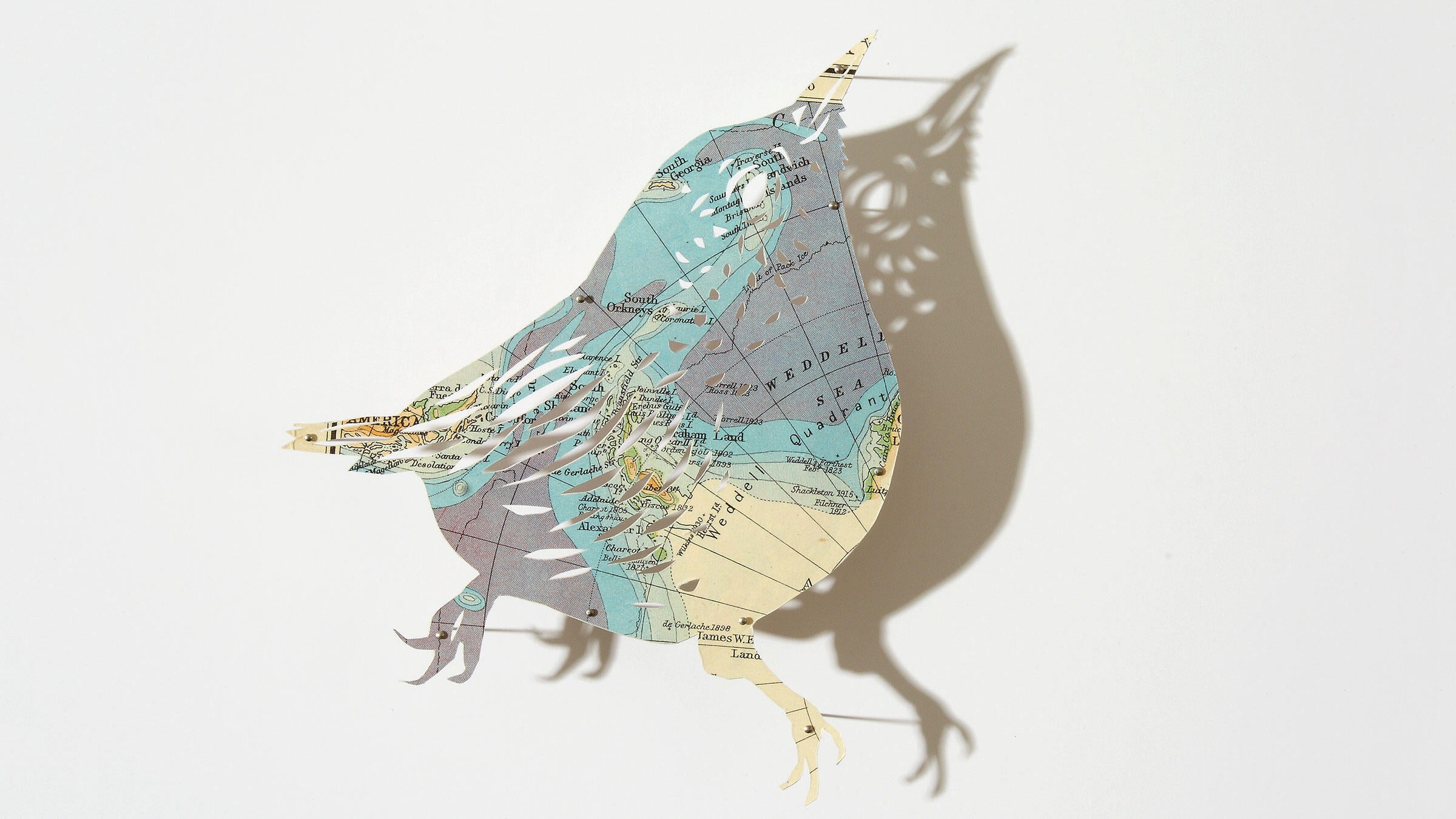 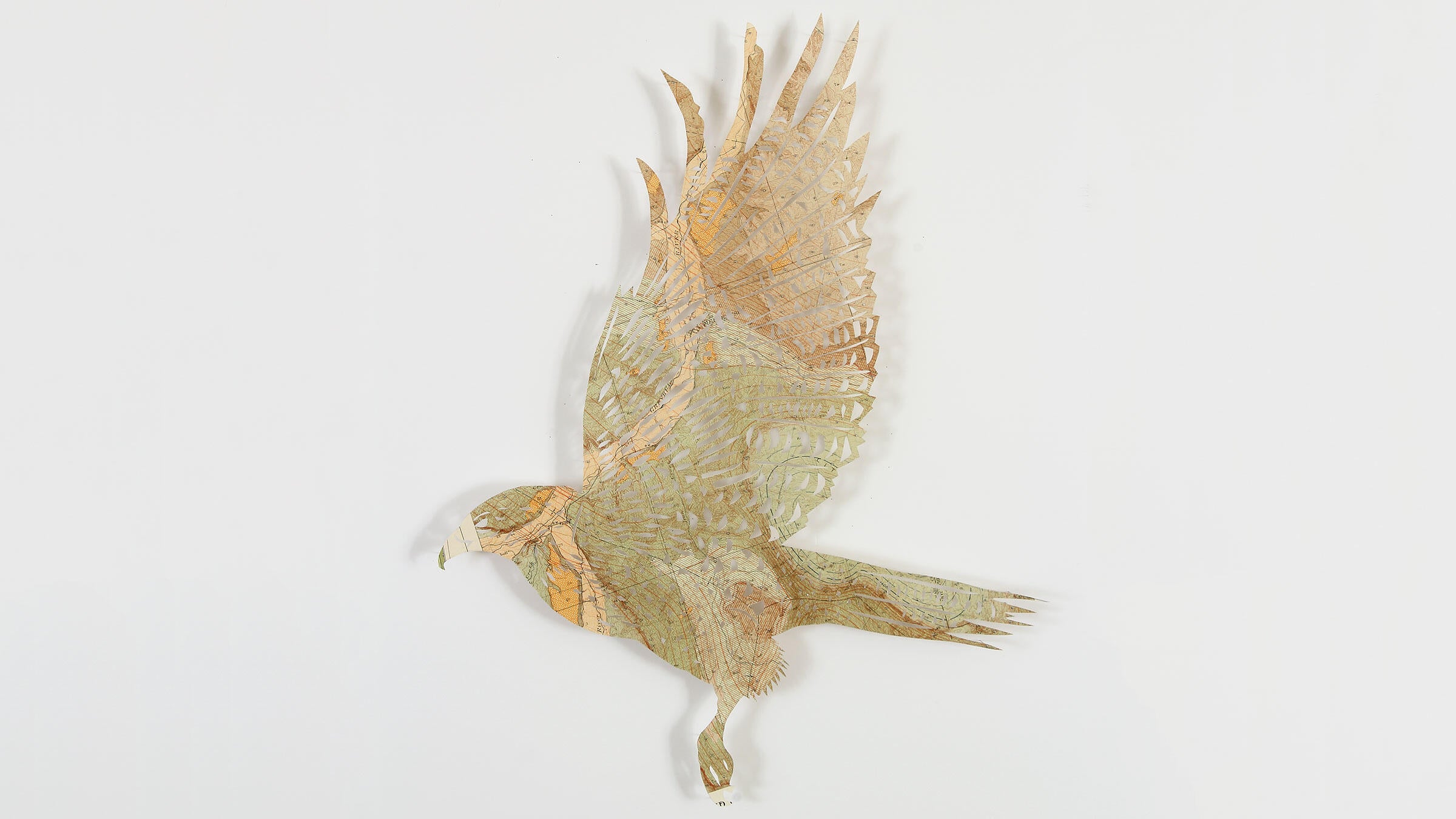 Artist Claire Brewster uses pieces of the world to craft the birds that wander it.

Knife, pen, and tracing paper are Claire Brewster’s essential tools for crafting her nature-inspired paper sculptures. This iteration of Audubon’s Red Knot was cut from The Times Atlas of the World from the 1970s, given to her by a friend. Brewster, 48, who lives in Central London, likes using maps in her art because “you learn so much about the changes in the world from them,” she says. The colors, patterns, and quality of the printing and paper add to their appeal. What’s more, maps are symbolic of movement, which is particularly apt for the Red Knot, a record holder for one of the longest yearly migrations of any bird (nearly 19,000 miles to and from its Arctic breeding area to its South American wintering grounds in Tierra del Fuego). “Birds work well in my work because [they] have a freedom and a natural imperative to fly,” Brewster says, “some on long, arduous migrations, some not. Yet fly they must.”