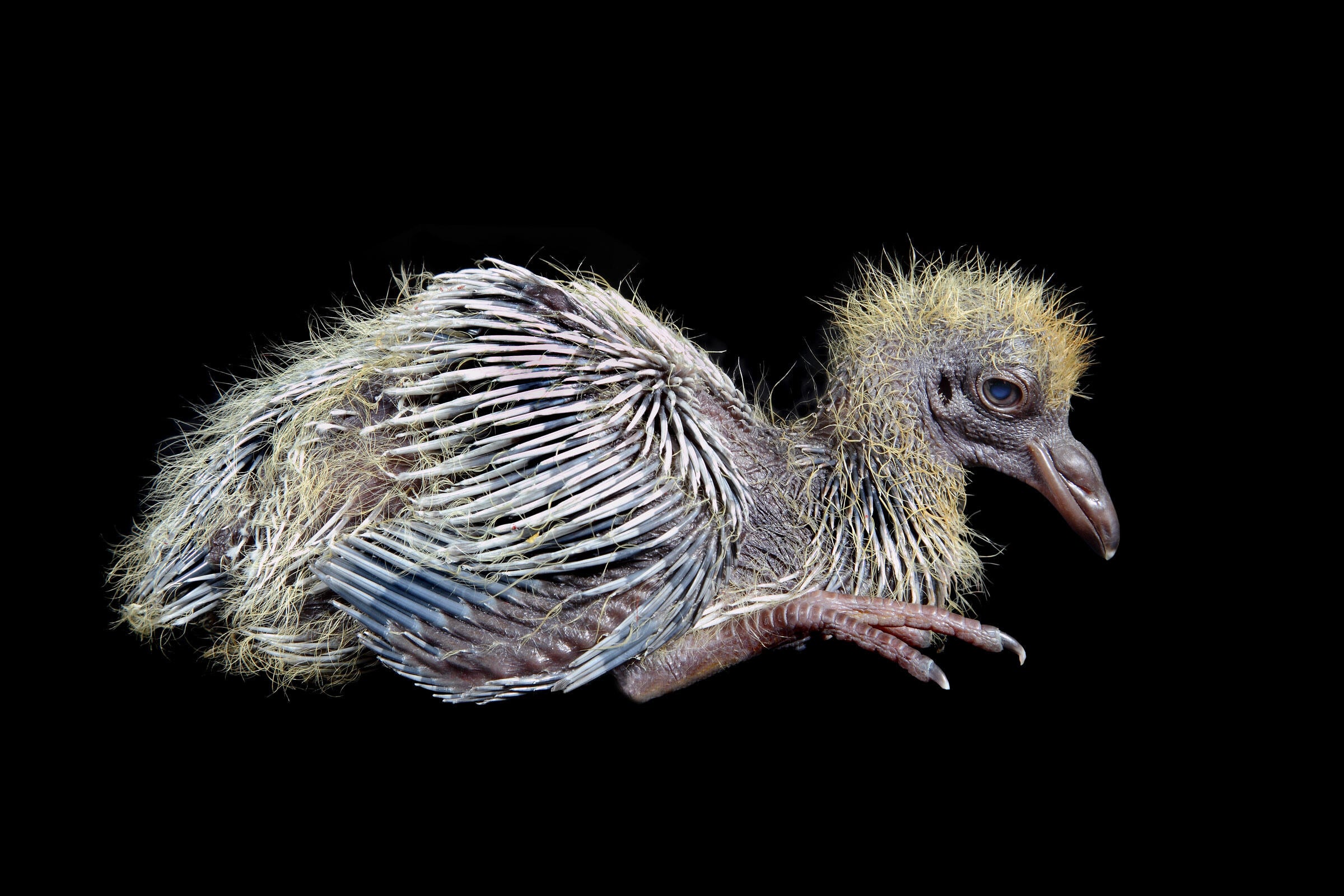 As captured by a New York City photographer and wildlife-rehab volunteer.

Blind, bald, and vulnerable, many baby birds can’t fend for themselves. They are altricial, meaning they need parental care—if not from adult birds, then from humans. Photographer Andrew Garn knows this firsthand. He volunteers as a wildlife rehabilitator at the Wild Bird Fund in New York City, where he has turned some of his avian patients into subjects. He is drawn to the young birds because their ungainly, alien look is so different from their adult form. “It’s amazing how they become so elegant,” Garn says.

Growing up is almost never a smooth transition. But what looks like a really bad hair day for this pigeon chick is just a step in the process of becoming an adult. Around 12 days old, it still sports yellow down but is also growing sheathed pin feathers, which pierce the skin and unfurl like a flag. These feathers won’t stick around for long, though. Just weeks after fledging, some pigeons start their first molt. Because shedding old feathers can be a slow process, fledged birds can end up with juvenile, first molt, and second molt feathers all at the same time. 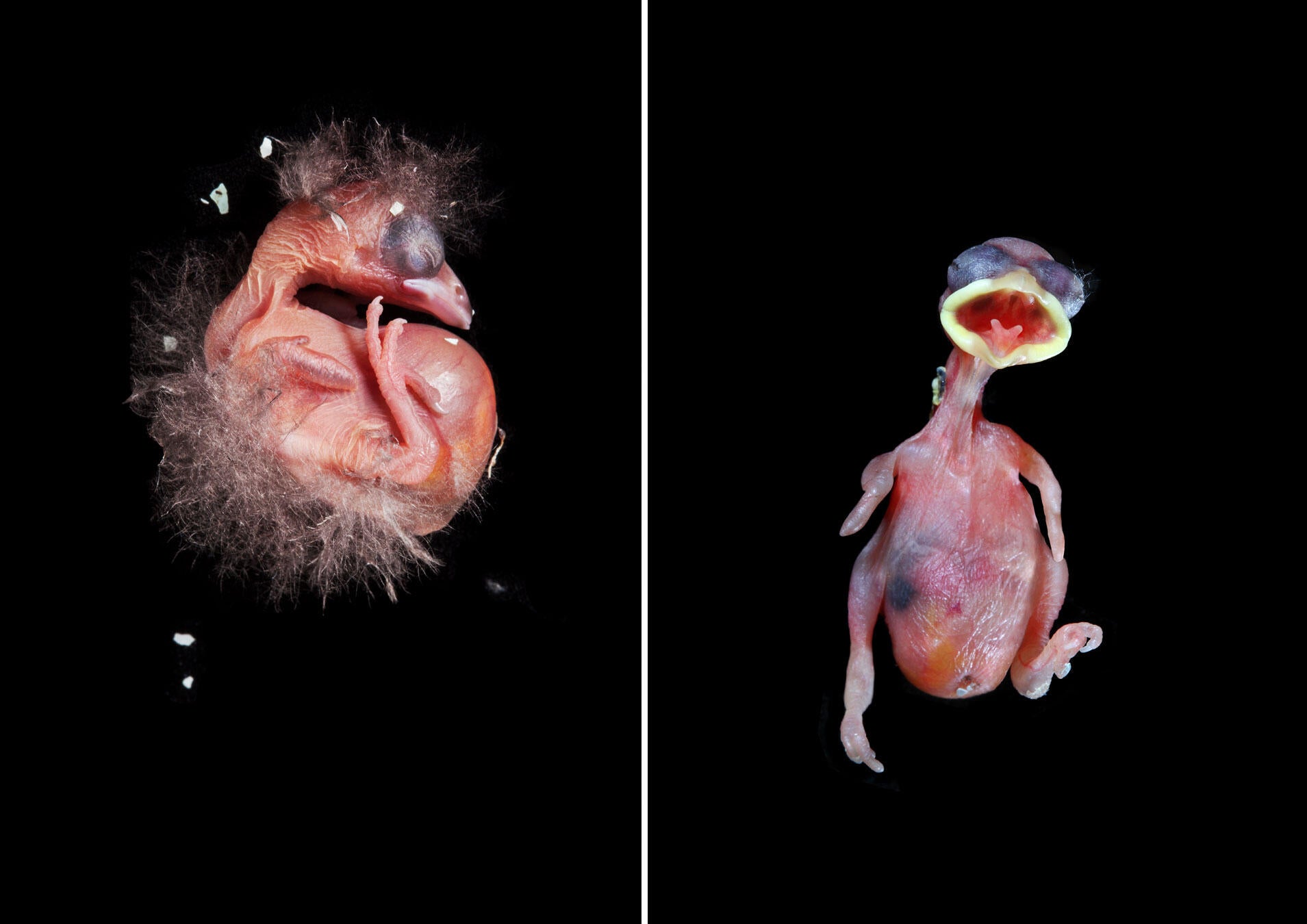 Altricial birds are born bald, or with patches of natal down feathers like this Monk Parakeet chick (left). It hatched from an egg laid by a rescue, and Garn photographed it right after it broke free, bits of shell still clinging to its body. A couple of days older, this House Sparrow (right) was brought in as an orphan. Still completely blind, like the parakeet, the sparrow begs for food with its brightly colored gape, or mouth. That color will only start to fade after the bird has fully fledged. 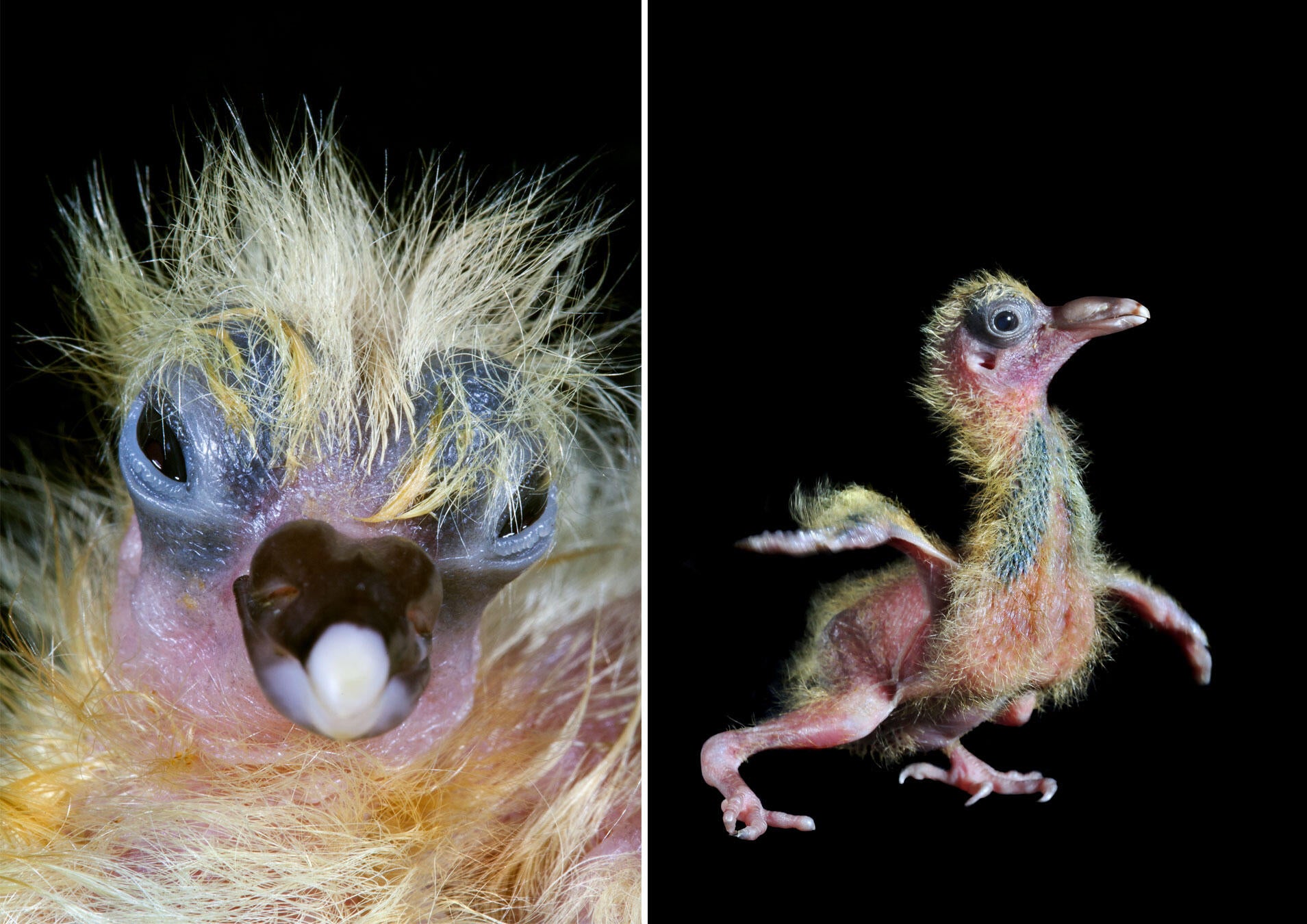 While the Rock Pigeon is common throughout most of the United States, chicks can be a rare sight. That's not the case for Garn, who has chosen the bird as a recent muse and even raised one from an egg—photographing it in his studio at about four days old (left). Stretching and stumbling, a second pigeon, photographed at the home of a rehabber, tries out its new feet. Later in life, it will join others in its species as an expert navigator—in part why humanity has relied on pigeons to carry messages for thousands of years.