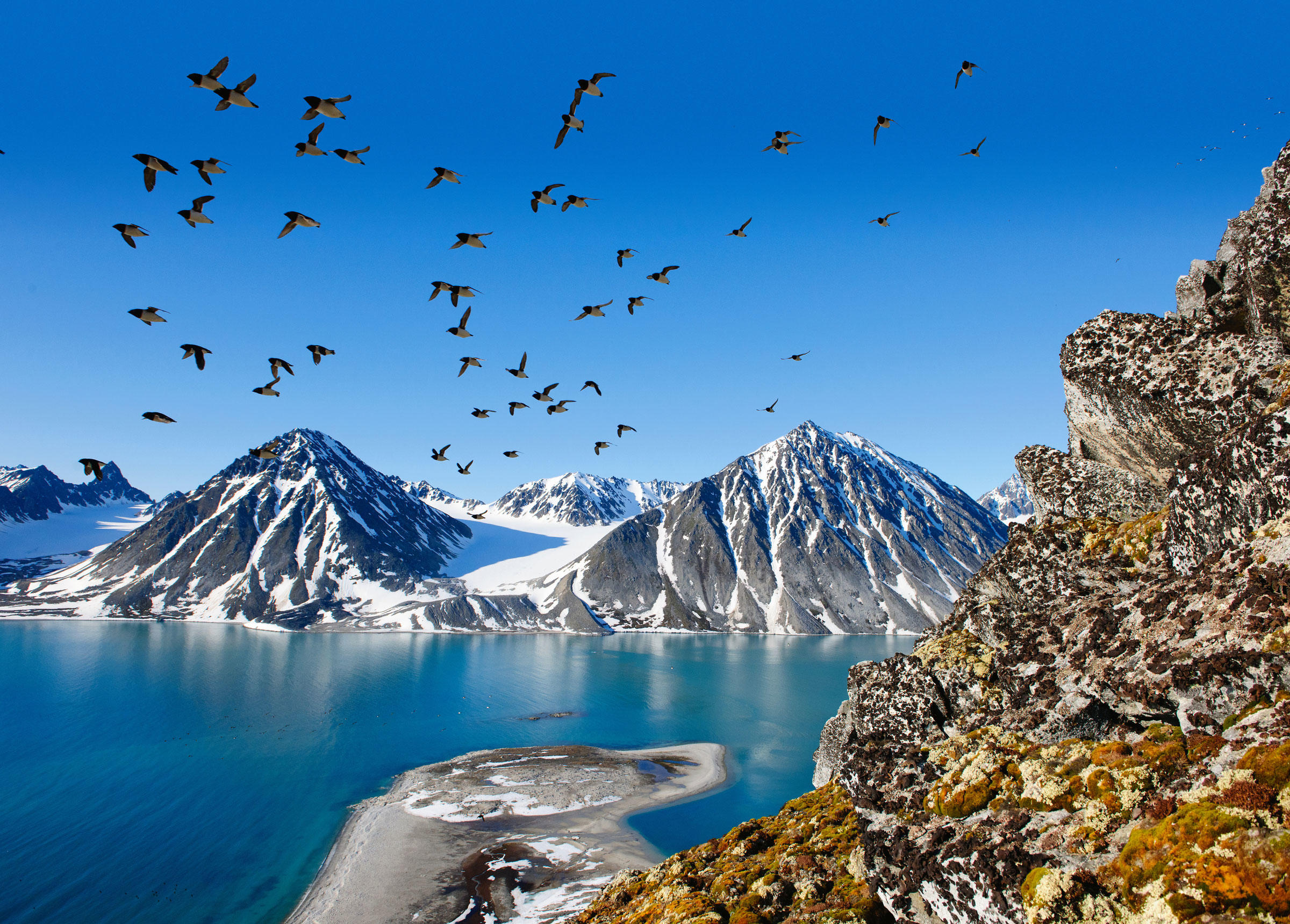 A colony of Dovekies at their cliffside nesting spot on the west coast of Svalbard. Photo: Florian Schulz/visionsofthewild.com

The Dovekie, a Keystone Arctic Species, Is Changing Its Diet With the Climate

Feeding shifts are helping the seabird survive warming oceans and preserve a reliant tundra ecosystem—at least in the short term. 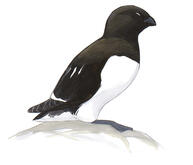 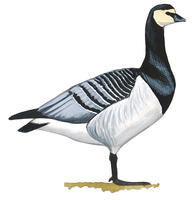 Every June the population of Svalbard swells from thousands to millions as seabirds converge on the Arctic archipelago to nest. Located between Norway and the North Pole, the small cluster of islands turns rocky to lush in a matter of weeks, thanks to the guano, egg shells, and feathers left behind by massive colonies of Dovekies (better known as Little Auks outside of North America).

The Dovekies’ compost is the bedrock of the local ecosystem: Reindeer and Barnacle Geese feed on the emergent summer vegetation, while Arctic foxes and polar bears prey on the grazers and nesters. “The whole tundra is connected,” says Rafał Boehnke, an ecologist at the Institute of Oceanology of the Polish Academy of Sciences. The Dovekies derive their nutrients almost exclusively from the sea, and they deposit the wealth from the water on land, tying the marine and terrestrial food chains together.

For all the species it supports, the six-ounce seabird relies on just one food source: microscopic crustaceans called copepods that thrive west of Svalbard, where cold Arctic waters mix with the warm, salty Atlantic current.

But with temperatures rising more dramatically here than anywhere else on Earth, research suggests the hotspot is getting too hot. Novel laser technology has revealed that local copepod populations are shifting from calorie-rich Arctic species to less hearty Atlantic varieties due to fewer cold upwellings, which bring nutrients to the surface of the sea.

To learn how Dovekies are responding, researchers from Poland and Norway equipped birds with temperature sensors, GPS trackers, and pressure monitors. Meanwhile, Boehnke’s colleagues sampled the food parents retrieve for their chicks. They found that adults are expending extra energy to bring home dinner, sometimes traveling farther from their cliffside colonies and hunting at greater depths. The team was also surprised to find small squid and other creatures never before seen in the birds’ gullets.

So far, Dovekie populations seem to be holding steady; they’re still one of the most abundant seabirds in the Northern Hemisphere. Atlantic Puffins in the Gulf of Maine have demonstrated a similar hardiness. To make up for the lack of white hake and Atlantic herring—species thought to have fled north in search of cooler waters—some puffin colonies now feed on Acadian redfish, a species that has rebounded recently due to careful management of commercial fishing. Since then, there has been an increase in survival rates for puffin fledglings.

Still, researchers are keeping a close eye on Svalbard’s Dovekies. “If anyone suffers, it’s the parents,” says marine biologist and team member Emilia Trudnowska: They can only sacrifice so much for the health of their chicks before the reproductive success of the larger population begins to falter. From there, the cascading effects of this keystone species on tundra life could be staggering.

In the far north, ecosystems hang in a precarious balance. Each small rise in temperature could bring organisms closer to the brink. But each small act of resilience like the Dovekies’ could also help scientists predict how Arctic species might face the changing current.