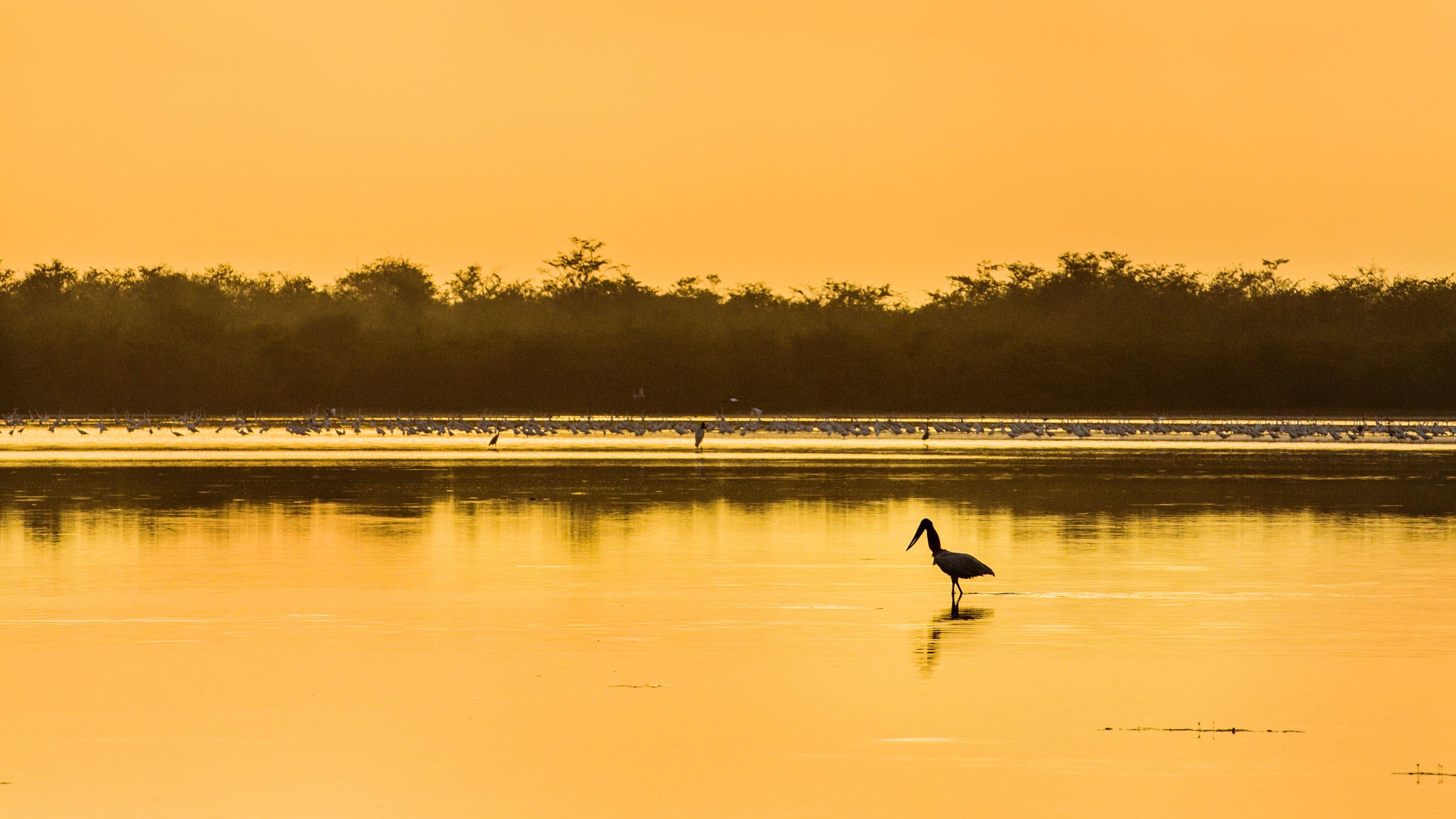 The future of Belize's Crooked Tree Sanctuary and birds like the Jabiru stork depends on a new accord between residents and wildlife groups. Photo: Tony Rath

In Belize, Finding a Balance Between Conservation and Community Needs

After an apparent arson at Crooked Tree Wildlife Sanctuary, there's a new push to quell decades-old disagreements over fishing and logging.

Update: On February 2, 2018, the village council, Belize Forest Department, and Belize Audubon Society signed a memorandum of understanding during the World Wetlands Day celebration at Crooked Tree Sanctuary. The agreement calls for further discussions about the site's designation.

But this past spring, it was smoke, not birds, that filled the skies above Crooked Tree. Around 3 a.m. on May 13, a fire destroyed the sanctuary’s visitors’ center, along with thousands of dollars in equipment. Fortunately, no humans or birds were killed—and while investigators are pointing to arson, no suspects have been arrested. The blaze came as a shock to the Crooked Tree council and the Belize Audubon Society (BAS), which co-manages the sanctuary with the country’s Forest Department and is the National Audubon Society’s local BirdLife partner. But the incident can also be seen as the culmination of tensions between the sanctuary’s keepers and its residents dating back to 1984, when the Belize government banned many subsistence activities on the site. Since then, stilted communications and bureaucratic hang-ups have resulted in arguments over land usage. (In 2012, for example, protests broke out after authorities confiscated wood that had been illegally harvested.) The fire, though, seems to have broken the stalemate: In July BAS and the Forest Department kicked off a series of meetings with the council to seek a more collaborative way to run the sanctuary.

Recognized as an Important Bird Area and internationally important wetland, the 36,479-acre Crooked Tree Wildlife Sanctuary provides refuge for resident and migratory flocks, along with endangered animals such as the Central American river turtle and Baird’s tapir. It conveys benefits to the rest of the country as well, by absorbing excess water from the Belize River and minimizing flooding in Belize City.

But for the community that has dwelled within Crooked Tree for centuries, the sanctuary designation placed severe restrictions on livelihoods such as farming. The frustration is compounded by the fact that the council lacks major decision-making powers, Crooked Tree Village Council Chairman John Gillett says. “We want [Belize] Audubon to manage the sanctuary, but we don’t want to feel like [we’re] pleading for permission for everything,” he explains. One particular source of ire has been the limiting of fishing to designated “haul days”—when residents (and visitors) are allowed to cast nets in the sanctuary, only with permits, and under supervision.

As discussions evolve into actions, “it’s important that transparency play an increased role,” Belize Forest Officer Victoria Cawich says. That includes giving locals a larger stake in the sanctuary. To that end, the Forest Department and council are working together on a memorandum of understanding to streamline the scheduling process for haul days and allow for some take of log wood. BAS Executive Director Amanda Burgos-Acosta says she welcomes the integration of the community’s ideas. “We want to support the people who live in and around the site and embrace their role as responsible stewards,” she says. “Their buy-in is a critical factor in that balance.”

How that parity will be struck remains to be seen. Currently, both sides are looking for ways to drive long-term development in Crooked Tree to ease the burden on families—most of whom make less than $300 a week—while also preventing irreparable harm to the sanctuary. Gillett and the council recently secured funds to build a new museum in the village and are making plans for a cashew- and mango-processing plant. BAS, for its part, is using a 2014 socioeconomic study to help the community create a sound tourism strategy and is focusing on drawing more Belizeans to Crooked Tree to educate them about its value. “That national recognition and respect will be key in what happens next,” Burgos-Acosta says.

For now, there will be no new visitors’ center, even as BAS scientists continue to check on the sanctuary and birders trek through to find rare Agami Herons. “We’re committed to going back,” Burgos-Acosta says—and the residents want them to rebuild. When they’re finally ready to start construction, they’ll be doing so on a firmer foundation.