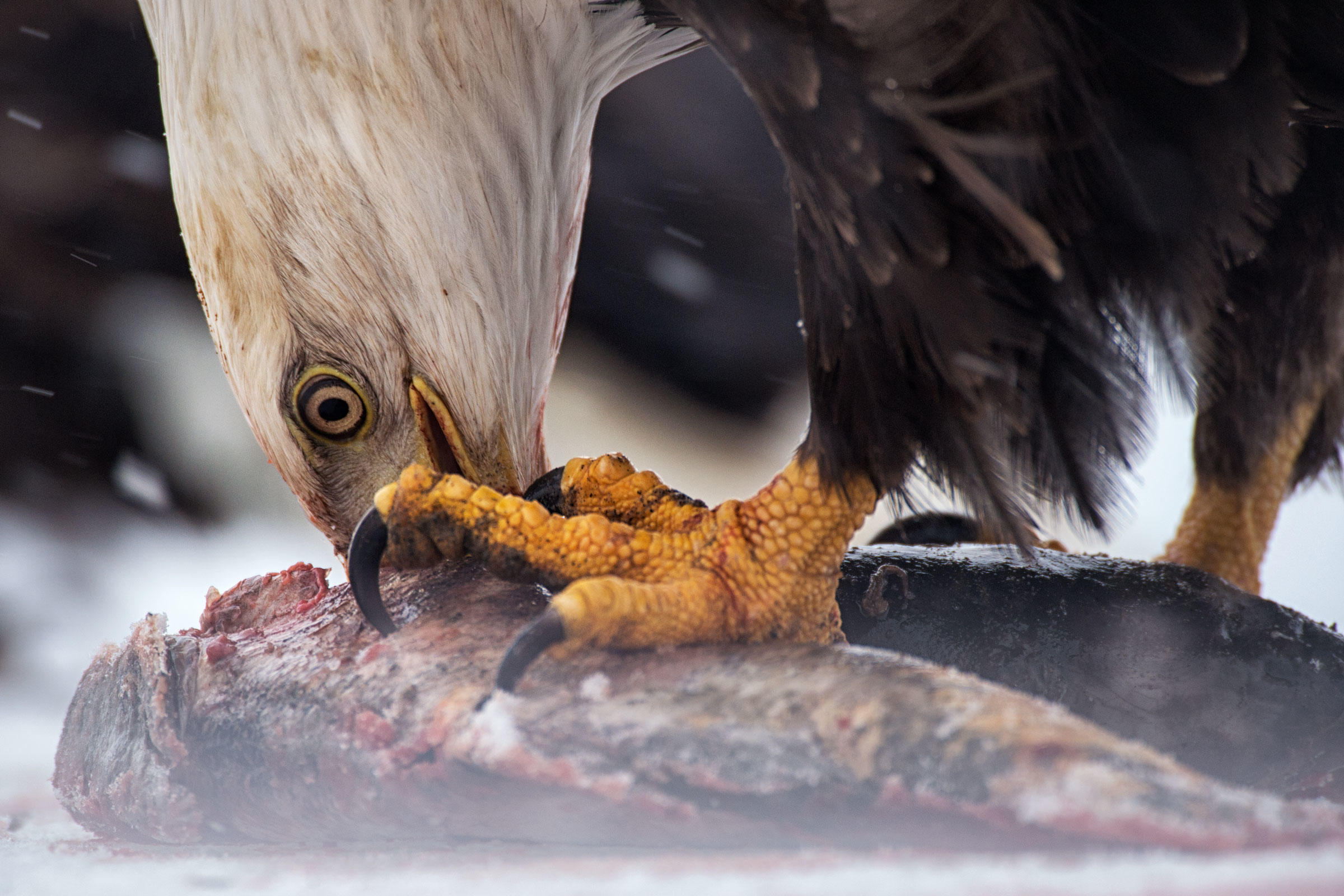 In the Chilkat Valley, eagles, bears, and people depend on healthy salmon runs. A proposed mine could put the entire ecosystem at risk.

Every autumn the largest congregation of Bald Eagles on the planet flocks to the northern Alaskan panhandle to feast on spawning salmon in the Chilkat Bald Eagle Preserve. As many as 4,000 of the imposing raptors hunch in frosty trees, dropping grandly onto gravel bars where they screech and squabble over fish carcasses alongside gorging grizzlies. The 48,000-acre preserve, which Audubon Alaska helped establish, has protected this sweeping valley since 1982.

But the health of water flowing into this eagles’ Eden is at risk. A Canadian mining company, Constantine Metal Resources, has set its sights on a massive copper- and zinc-rich sulfide deposit upriver. It could break ground this year—an outcome many fear would irreparably alter this salmon-rich watershed, and the eagles, bears, and people that depend on it.