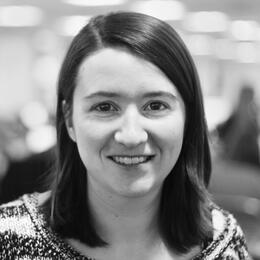 Tar sand mining sites can be treacherous for birds. For one, the birds can’t tell the difference between clear water and tailings ponds tainted with bitumen and other toxic mining byproducts. Thirty Great Blue Herons may have learned this the hard way last week when their bodies were discovered at a mining site in Alberta, Canada. The exact cause of death is under investigation, and the broader practices of the mining company, Syncrude, one of Canada’s largest oil producers, are under scrutiny.

Birds that land on exposed tailings ponds at mining sites can be harmed or killed if they ingest the oil while cleaning their feathers. The oiling also makes the birds more vulnerable to hypothermia and affects their buoyancy, which puts them at greater risk of drowning.

The only bird found alive, but covered in oil, was euthanized, according to Bob Curran, a spokesperson with the Alberta Energy Regulator (AER), a corporation that oversees the province’s energy industry.

The incident prompted AER to launch a broad inquiry that will include a close look at Syncrude’s “actions with regard to how they manage the site,” Curran said. “They have an obligation to have wildlife mitigation in place for the entire site.”

This is not the first time Syncrude’s tar pits have spelled bad news for birds. In 2010, the company received the largest environmental fine in Canadian history, a value equivalent to $2.3 million U.S. dollars. A federal court ruled that Syncrude had not done enough to keep birds away from its tailings ponds. Two years prior, 1,600 ducks died after landing on a contaminated reservoir during a spring snowstorm.

The company now uses cannons, flare guns, air horns, and other devices to keep birds away from the toxic pools. But whether those measures were used at the pump house where the herons died is doubtful, reported Reuters.

Also in question: Did the birds land near the pump house after coming into contact with toxic substances elsewhere? Is the safety of pump house up to par with regulations? Did the birds die of a different cause altogether? Only the investigation will tell.

Syncrude is simultaneously conducting its own investigation into what happened, Gibson said. “We certainly don’t want wildlife affected by our operations.”

The United States doesn’t currently commercially produce oil from tar sands sites, but Argonne National Laboratory estimates that the country holds between 12 to 19 billion barrels of tar sands oil, which could be mined at some point in the future. Even without tar sands, the country is churning out more than 17 billion barrels of oil and gas every day, producing waste similar to the Syncrude site that likewise poses a hazard to birds.

Great Blue Herons are safeguarded in this country under the Migratory Bird Treaty Act (MBTA), one of the oldest wildlife protection laws. This year the historic act will be updated so that it can more effectively protect birds from modern threats such as wind turbines, power lines, and exposed oil waste. As the review gets underway, the knowledge gained from the Syncrude investigation may help. “What we are trying to do is to work to make sure that we’re reducing or eliminating the take of birds,” Alicia King, a spokesperson with the USFWS Migratory Bird Program, said. “We can learn from situations like this and try to figure out how we can protect birds from being killed at these types of facilities.”