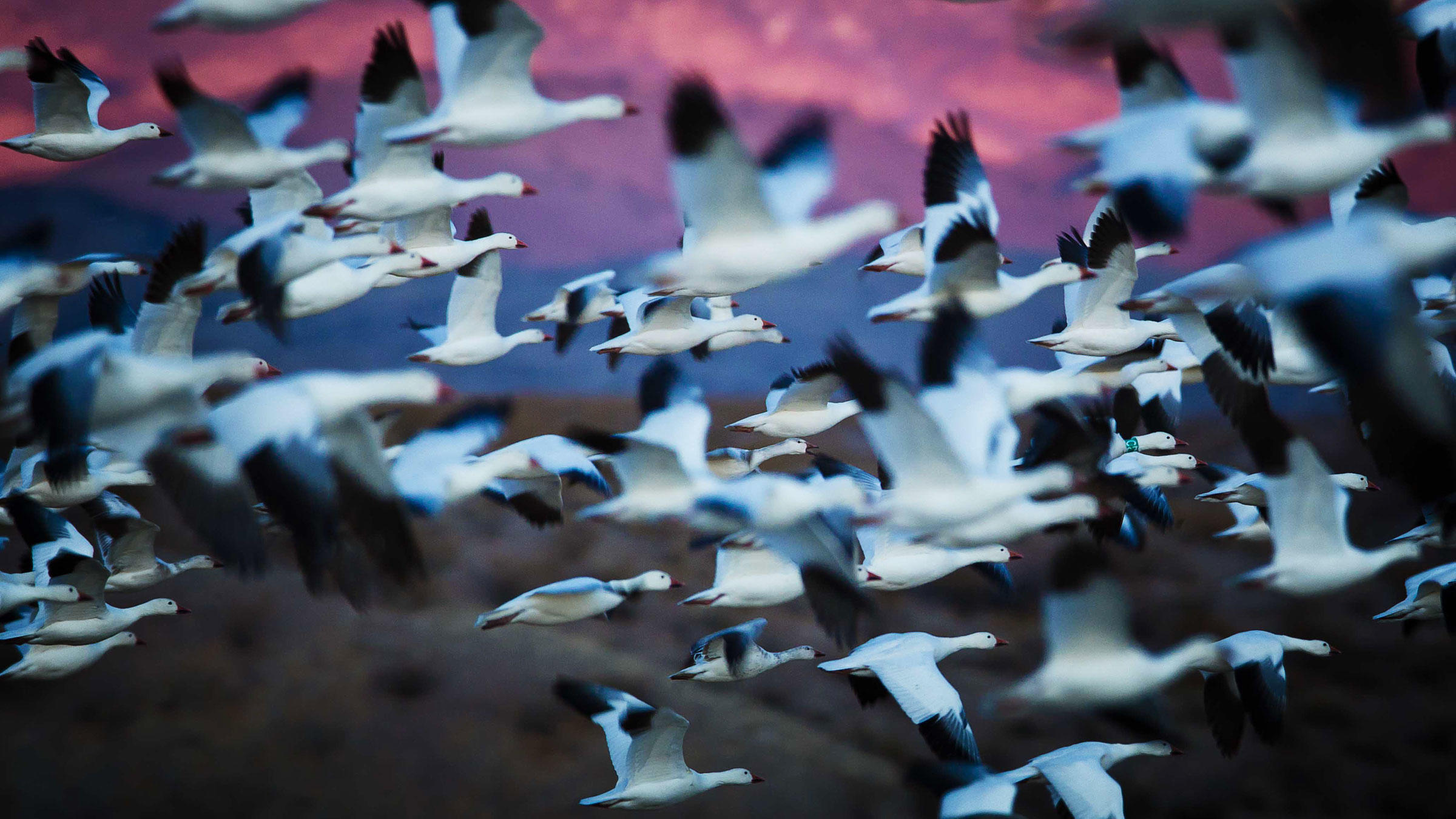 A suspected bout of avian cholera struck more than 2,000 Snow Geese so quickly over the weekend that they likely died mid-flight. The geese remains were discovered with no tracks near them, suggesting they just “plopped in marsh mud,” says Gregg Losinski of the U.S. Department of Fish and Wildlife.

The mass die-off occurred as the flock crossed Idaho on their way home to Northern Alaska after spending the winter south.

Volunteers and employees spent the weekend scouring Idaho’s Mud Lake and Market Lake Wildlife Management Areas for carcasses. Once collected, the bodies were immediately burned to contain the disease—if they had been allowed to rot, maggots and flies could catch it and pass the disease to other birds through the food chain.

Losinski says his team succeeded in collecting more than 1,700 complete carcasses, but the other 300 or so incomplete ones had already been scavenged. Mammals who consumed the geese aren’t at risk for cholera, but some birds, including Bald Eagles, hawks, and ravens, may have eaten some of them, and they could catch avian cholera.

If the eagles contracted the disease, it would take a week or possibly two for symptoms to appear—much slower than the mere hours it takes to manifest in snow geese. Because a snow-free marsh made the cleanup quick, Losinski isn’t too worried about local bird populations catching the disease.

U.S. Fish and Wildlife is still waiting on tests to confirm that avian cholera is the culprit. “Unfortunately, when it comes to wildlife its not like CSI on TV,” Losinski says, adding that they should know for sure within the next week.

Avian cholera is not in the news as frequently as avian flu, but “it's actually relatively common,” says John Takekawa, director of bird conservation at the National Audubon Society. Cholera kills off somewhere between 5 and 15 percent of the Snow Goose population every year.

What's rare is a mass mortality event like this one, where 2,000 birds died at once. “That's a little more unusual,” Takekawa says.

The mass die-off may be a result of how well the snow goose population was doing—maybe too well. “At the population level there might be a reason why this is occurring,” Losinski says. “People need to realize that death is a part of life.”

When large-scale die-offs do occur in bird populations, weather or human interference is usually to blame. In the past 15 years, however, birds have been experiencing more mass mortality events, Audubon previously reported, particularly thanks to a growing number of disease-related events.

In the case of the snow geese, the drought in California, where many flocks spend the winter, could be a contributing factor, Takekawa says. A variety of drought-caused problems—from higher-than-usual temperatures to shifted water acidity—make it more likely for disease to linger. But while the bacteria that causes avian cholera “survives pretty well in wetlands,” according to Takekawa, it’s more likely in this case that it was passed bird-to-bird.

The outbreak appears to be confined to a single flock. “While we were out collecting these birds we saw other flocks of snow geese flying by that appeared to be fine,” Losinski says. “These geese were just at the wrong place at the wrong time.”