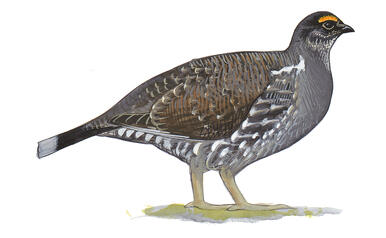 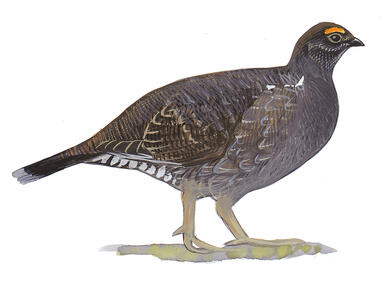 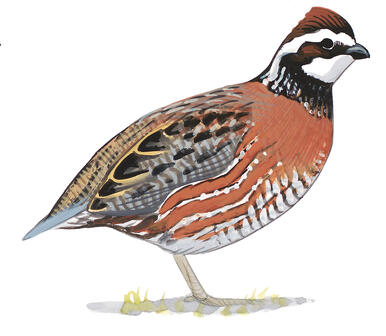 It’s getting close to Thanksgiving, a time to celebrate the Wild Turkey, a bird that once almost disappeared due to overhunting. Galliform, or game birds, have played a very important role for humans long before and beyond this holiday tradition—the chicken was selectively bred at least 4,000 years ago from indigenous Asian jungle fowl, and per capita consumption of chicken in the U.S. in 2014 was almost 85 pounds. But turkeys and chickens aren’t the only ones worth talking about—North America has a number of gallinaceous birds indigenous to its shores.

Here are some of our favorites:

The Northern Bobwhite is the only native quail in the eastern portion of the U.S.. This delightful bird sleeps in groups of 10 or 12 on the ground, each with its tail pointing toward the center of the circle and its head facing outward.

The state bird of California, these guys are found up and down the Pacific coast. Their distinctive topknot may look like a single feather, but it’s really six overlapping feathers.

These ground-dwelling birds can digest toxic plants that other birds can't. Their populations cycle in accordance to that of the snowshoe hare: when the hares aren’t around, predators focus on grouse, suppressing their numbers. The Ruffed Grouse was so popular as a game bird that it became the object of North America’s earliest game-management efforts: in 1708, New York declared that Ruffed Grouse could not be hunted during certain times of the year.

The Willow Ptarmigan is the official state bird of Alaska, and is also the largest of North America’s three ptarmigan species. In winter the bird is all white, and feathers on its feet serve as built-in snowshoes.

Once considered a single species Blue Grouse, these two western birds are now split into two species due to differences in their breeding habitats and slight appearance distinctions. These birds are third-largest grouse in North America; only the two sage-grouse are larger.