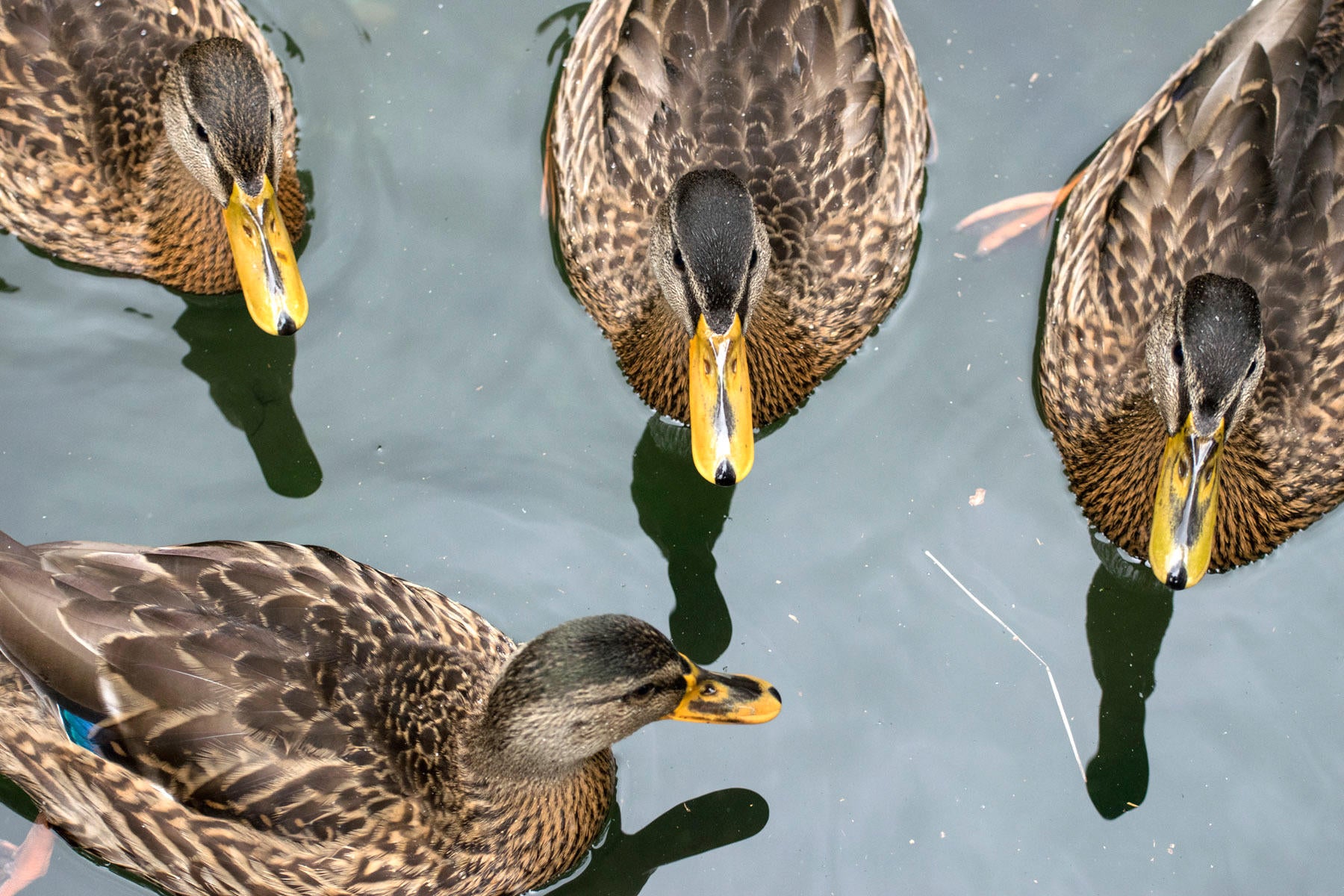 We pay our respects to the birds who never migrate.

I dread fall migration. The day the Chimney Swifts leave New York is the day I contemplate throwing myself off the roof, rather than face another dreary winter full of slush oceans and unending darkness. Sure, other birders may lament the loss of warblers, shorebirds, or flycatchers. But for me, Chimney Swifts zipping around overhead, chittering at each other and gobbling insects, is the very definition of summer, and September’s empty skies promise the impending wintertime barrenness of my very soul.

Well, I say a pox on all of these literal fair-weather friends. Screw you, warbler. Fie, thrush! Begone you vacillating swifts and swallows! Today I want to celebrate, instead, the birds who will never leave—those birds who will be there during the worst frostbitten January days when it feels like the sun god will never come back. For those who never migrate: We salute you.

Oft overlooked—I admit I’ve forgotten to add them to my eBird lists in the past—but reliable, the Mallard graces ponds across the country year-round. Be sure to admire the delicate beauty of the Mallard’s speculum, cobalt blue bordered in white.

Ravens and Magpies and Jays

All hail corvids: colloquial harbingers of doom, bringers of nightmares, tricksters and problem-solvers and shiny-object coveters. Corvids are somewhat regional, and yet also ubiquitous, so I won’t single any one particular species out. But notable members of the corvid family include the Blue Jay in the East, Steller’s Jay and Western Scrub Jay in the West, both Black-billed and Yellow-billed Magpies in the West, and crows and ravens scattered across the land.

When the world seems entirely devoid of color—the bones of life sucked dry of marrow and the remains tossed into an ossuary—the Northern Cardinal brings welcome relief. I especially love finding these bad boys after a snowfall with their splash of red, vibrant and thrilling, against a stark white tableau.

I love carrion eaters, don’t get me wrong: The grim shaggy feathers, the bald heads, the iron stomachs, all wonderful. I appreciate the cycle of life so much more as I contemplate vultures chomping down roadkill. But more often than not, these aerial behemoths trick me into thinking that I might be getting a hawk sighting, so minus ten points for them. Speaking of . . .

The only time Red-tailed Hawks are not awesome is when I’m trying to identify one of the eight zillion morphs. Found perched on fence posts and telephone poles across the country.

The greatest predator in North America terrorizes rodents, lizards, house pets, Osprey, Canada Goose, and even other owls, all year round. According to Cornell Lab of Ornithology, the Great Horned Owl has the most diverse diet of all North American raptors. I love you, nocturnal death machine.

Bah. I don’t care how nifty your plumage is.